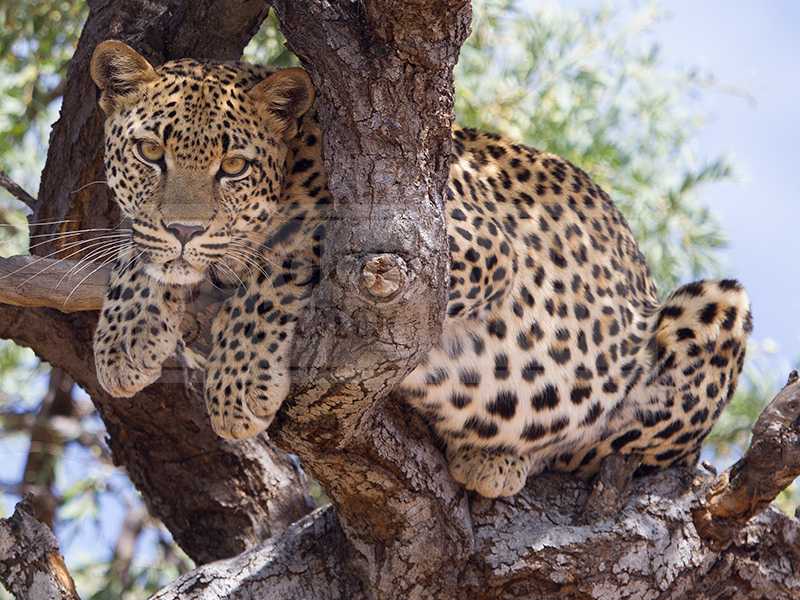 Day two of Gordon Donovan’s journey back to Namibia’s Etosha National Park. My first full day of photographing during the wet season at the Dolomite Camp.

Headed out later than anticipated after a stormy night kept me up. After breakfast, I went to the Klippan waterhole first. Someone at the lodge suggested I go there first. I stayed for a bit, but nothing really was going on. The road leading to Klippan has some trees, perfect for leopards. Checked for kills up in the trees, but there is a distinct cat odor as you pass by the trees. I will have to go back later.

Headed out to the Rateldraf waterhole. It had a few jumpy impalas, including some cute babies who were interested in the vehicle. Then, back to Klippan. Again, nothing. Then I took the long drive around the main roads. Jakkalswater was closed off. Some success at Dolometpunt, as an elephant and zebras appeared on the road, but then ran off. Animals are very jumpy over here. Must be the rumored poaching nearby.

I then decided to go back to Klippan. The waterhole was empty yet again, and there were no cats in the trees. I headed to see a natural waterhole called Okondetha. Another guest said he’d seen four cheetahs near there the day before. I looked and looked, but never wound up finding Okondetha. When I when passed several waterholes on the far west end of the park, Luiperdskop and Aasvoelbad were closed. The road was filled with herbivores, but thick brush. The road was smooth until I got up in hilly areas. I was lost at an unmarked four way stop in road.

I went straight and found it was a short road with a loop. Then there was one way that started looking like a road exiting the park. Drove across a beautiful road with red soil and with grass on the edges. Zebras ran off as I approached, kicking up red dust. Great photo missed there.

Then I realized I was not on the right path, as the road got worse, so I turned around and proceeded slowly back. Feeling lost, I looked up for guidance. Then I saw a leopard in tree. I took a dozen photos as she looked at me. When I repositioned myself, she jumped down and I had to put the windows up. The leopard ran into the woods. As I looked into the woods, I saw it just staring at me.

I waited for it to come back. But it ran off and I found my way back to the main road, stopping along the way. I found my way back, stopping at Renostervlai and getting some photos of ostriches and zebras. Impalas and giraffes stood on the edge of the road as I headed back to camp.
The day was a success, so I returned to camp to have dinner and get a sunset shot.

Seeing and photographing the leopard in tree made up for what seemed to a lost journey.