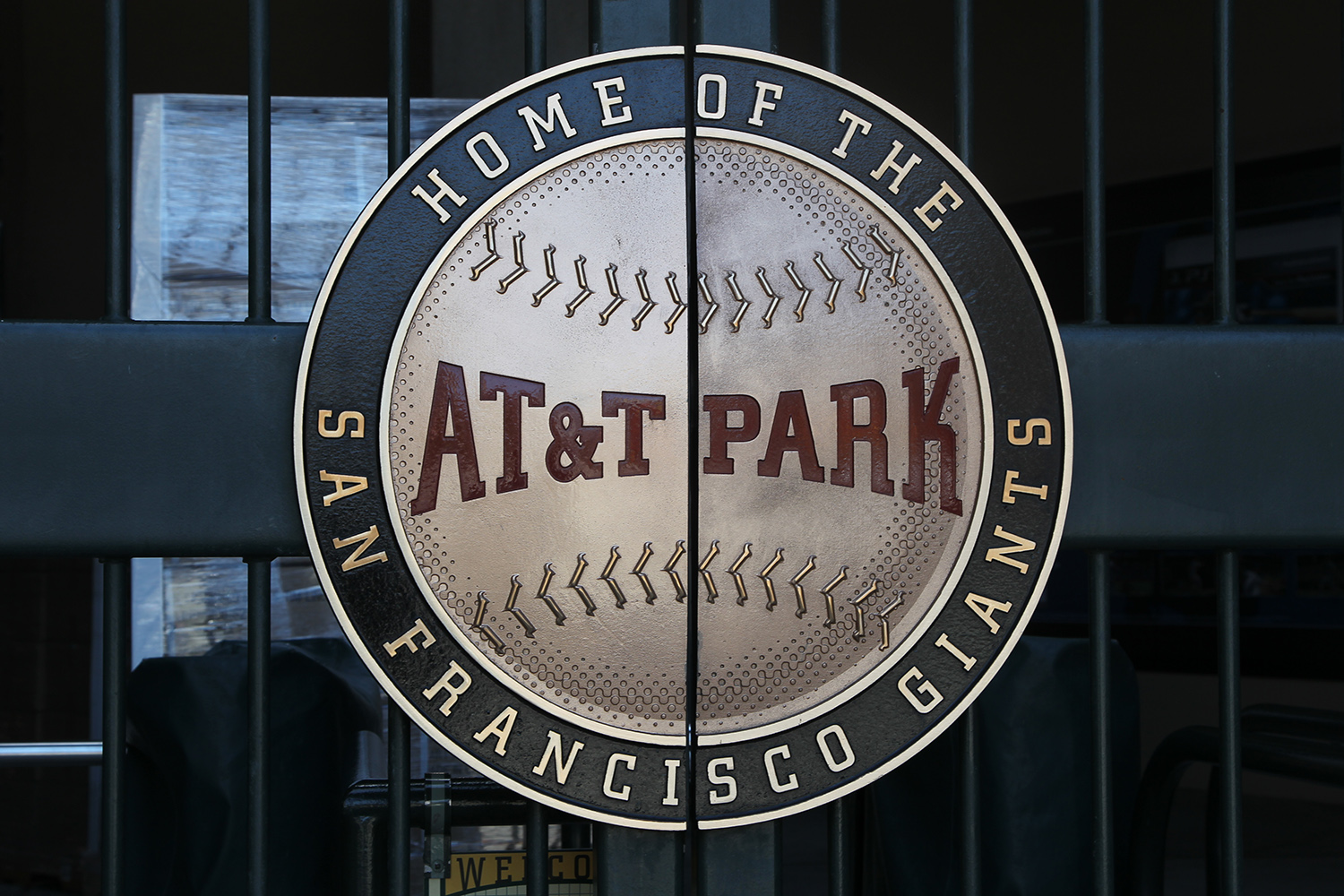 Comerica Park primarily serves as the home for the Detroit Tigers, who moved to the new venue in 2000. Comerica is the third home for the Tigers since becoming a charter member of the American League in 1901. The team previously played in Tiger Stadium (1912-1999) and Bennett Park (1901-1911). The club was founded in 1894 as part of the Western League. (Photo: Gordon Donovan)

Now the Giants are playing in their newest home at AT&T Park. The ballpark has changed names several times and has been proclaimed as one of the best parks in baseball by many people I meet.

Opened in 2000, AT&T Park is just up the bay, 6 miles north from Candlestick in the South Beach section of San Francisco.

The area around AT&T is decorated with banners featuring Giant players and slogans "It's Hot Inside" and "Its Magic Inside." Bars and restaurants are nearby on 3rd Street and Willie Mays Plaza.

As I arrived at the ballpark I was shocked to see how many fans were waiting outside 6 hours before game time. I've seen this crazy fan behavior only in Boston and Chicago.

People were waiting in line to receive a Tim Lincecum bobblehead give-away that day. Another line was for season ticket holders to meet and greet the Cy Young Award winner.

The first order of business was to take a tour of the park. I had some time to kill so I walked around the exterior of the park, seeing statues of Giants greats and plaques honoring other Giants stars on the walls of Willie Mays Plaza.

The area in right field is beautiful with the marina, McCovey Cove and the Portwalk, which has a knothole-like area where passersby can watch a game for free for a limited time.

Around the Portwalk, great moments in Giants history are engraved in the walkway.

The tour was one of the best I've ever been on. The tour leader was knowledgeable and asked trivia about the team and baseball history. We were taken on the field, inside the dugouts, into the press area, luxury suites and to the upper level behind home plate to see the great view of the San Francisco Bay.

The interior of the ballpark is decorated with images of the team history and also offers a history of the San Francisco Seals. 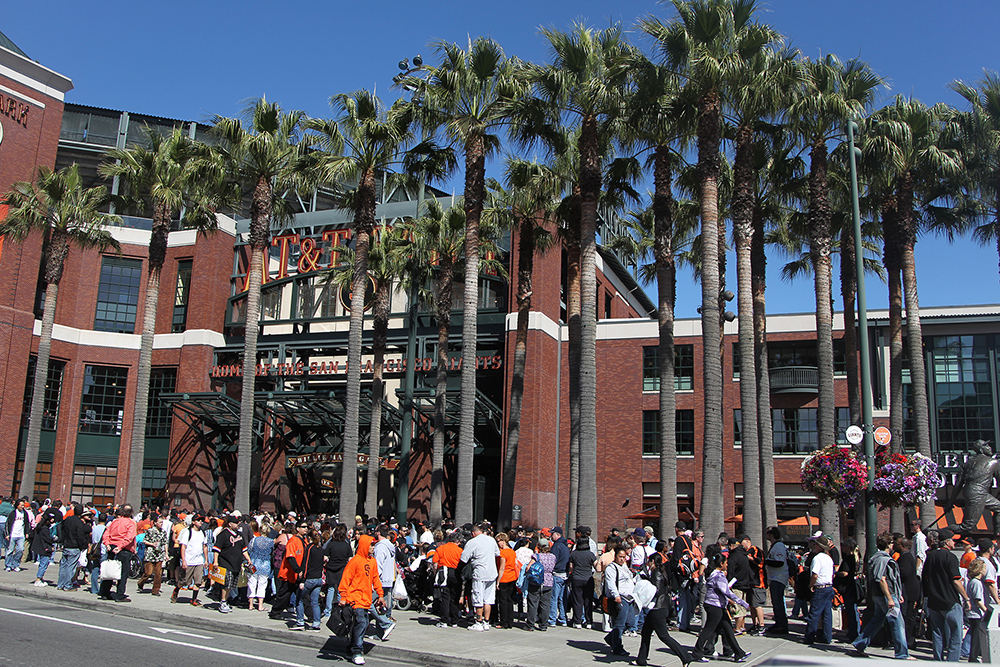 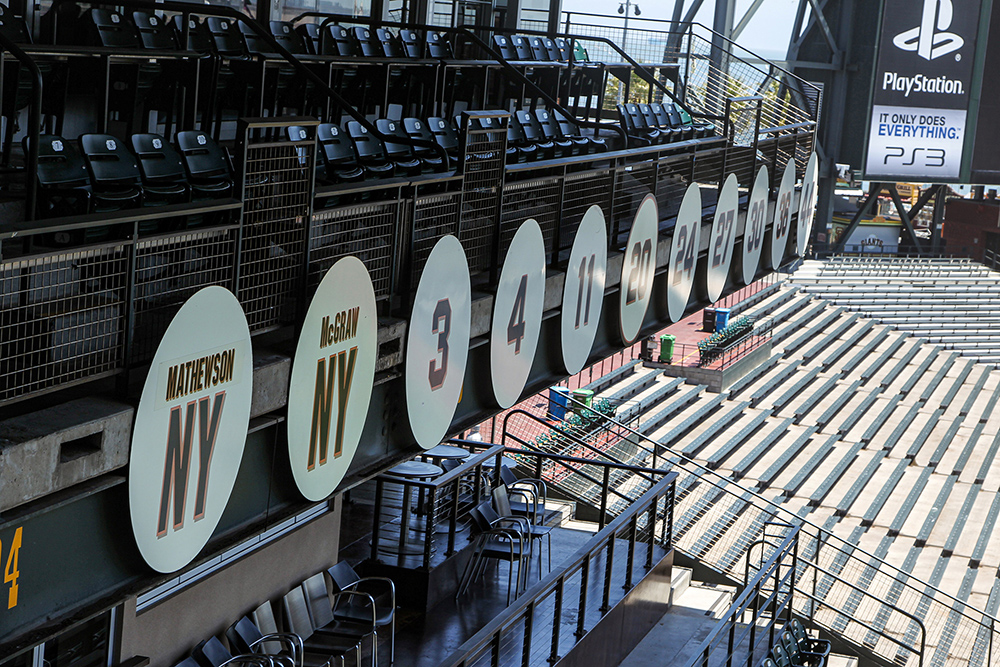 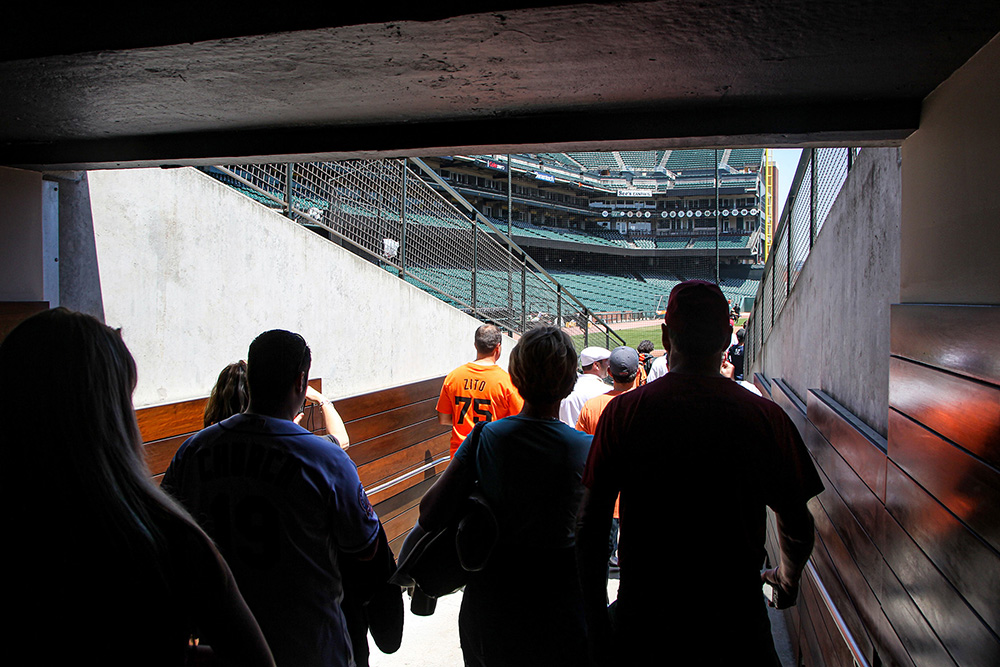 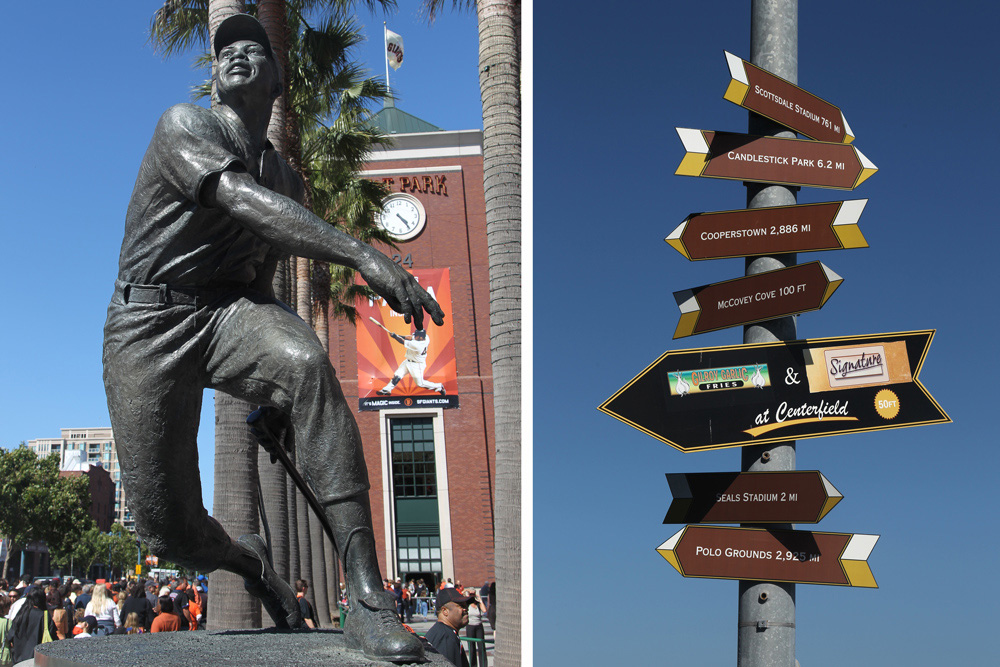 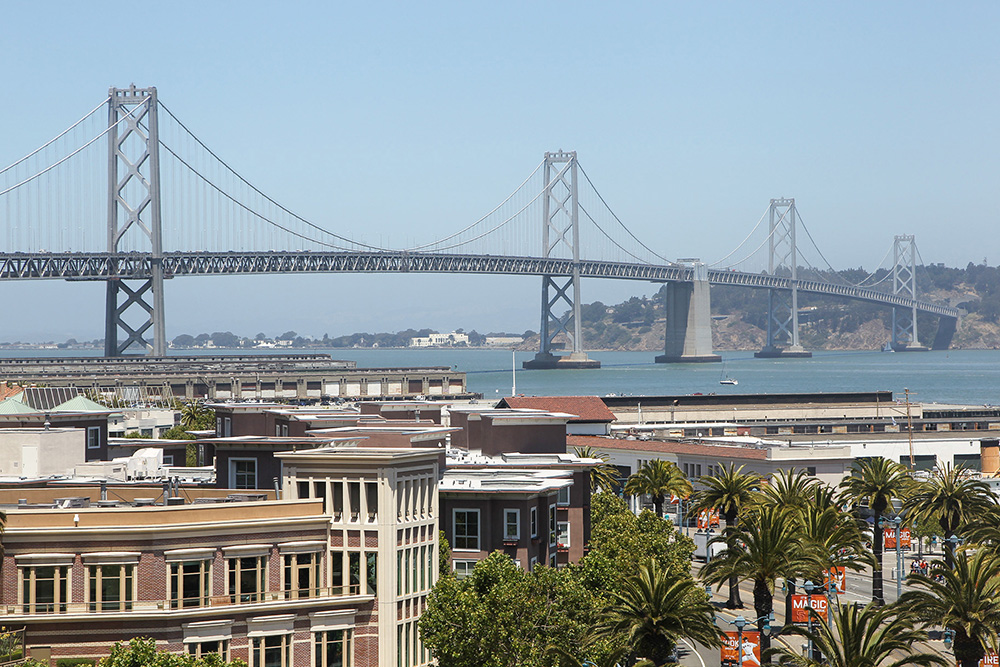 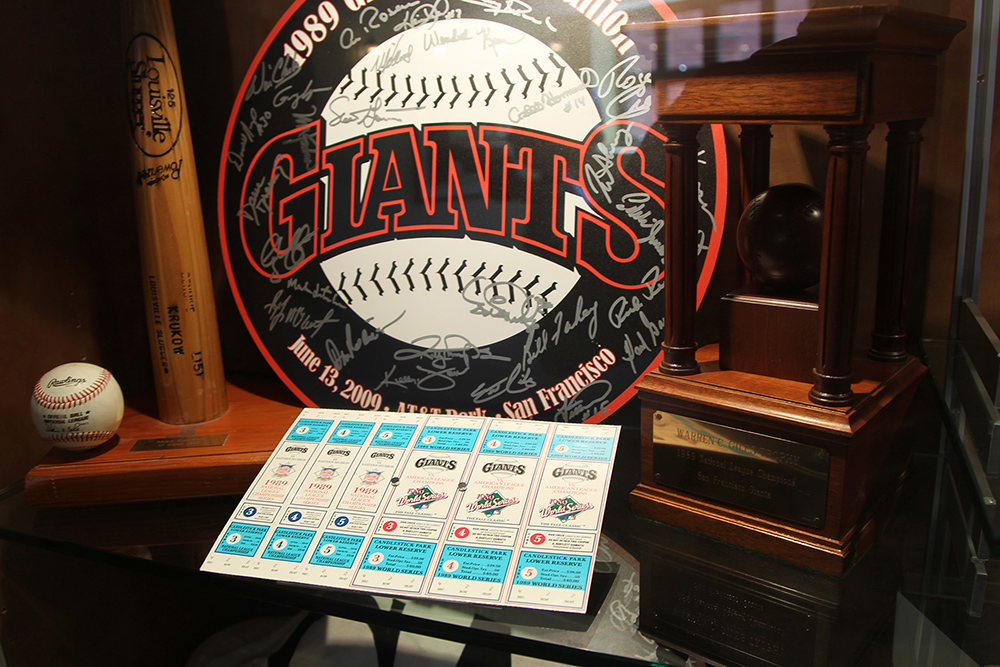 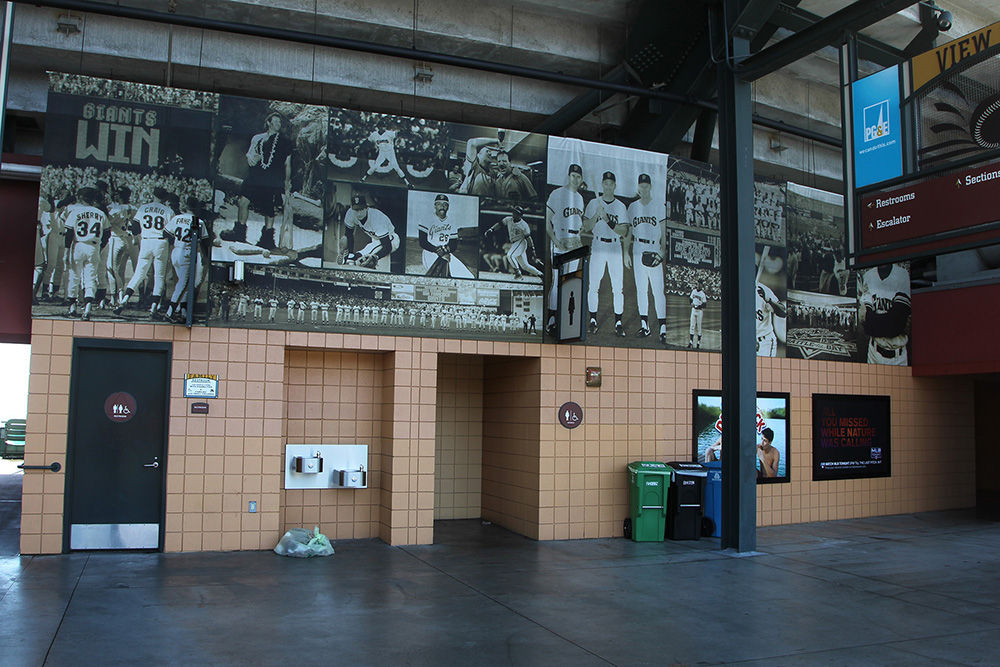 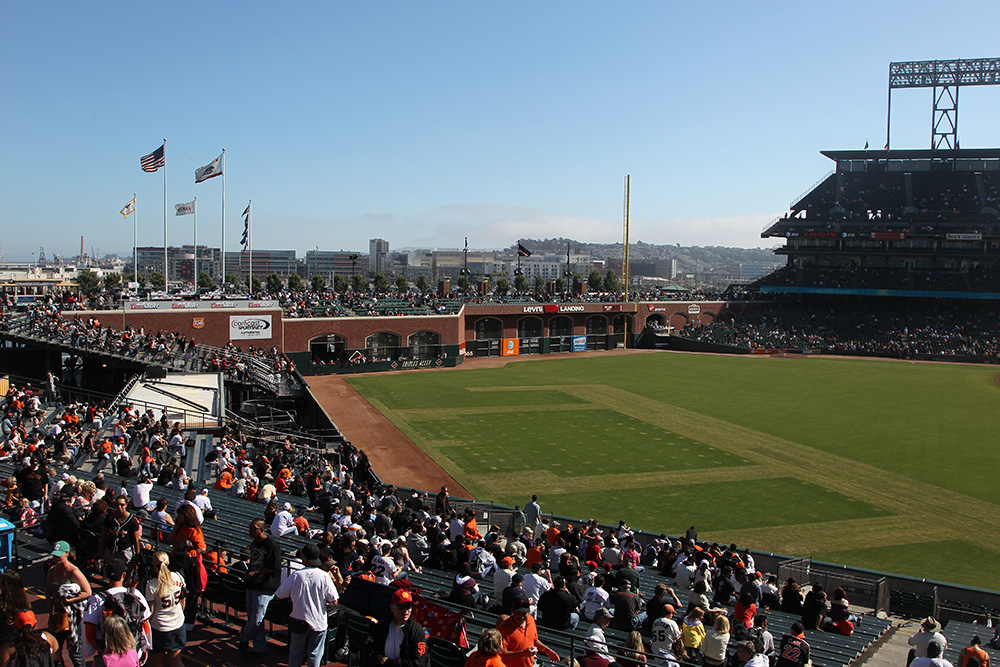 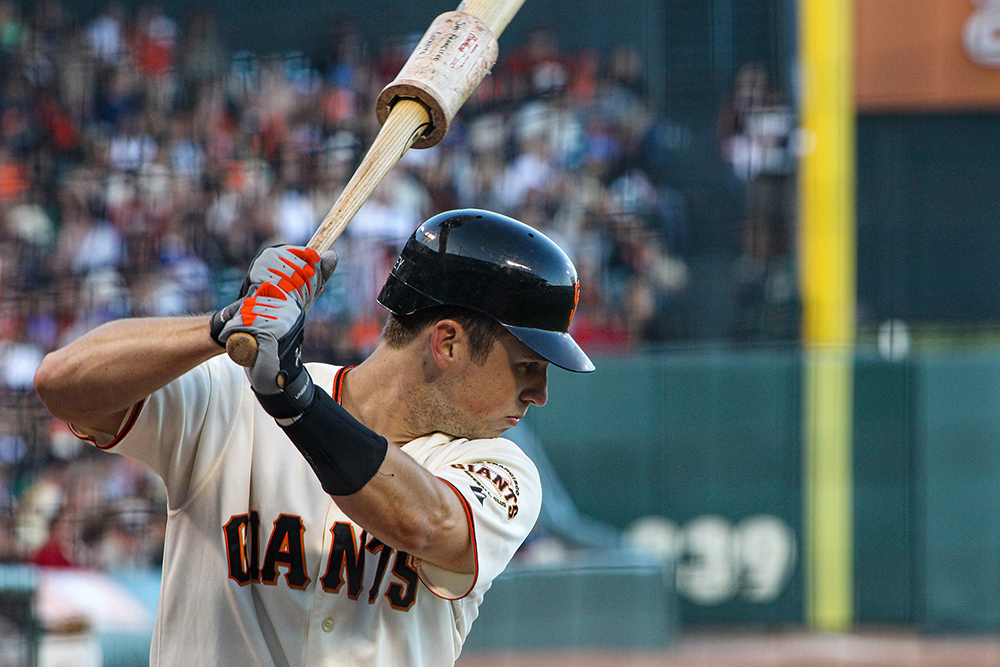 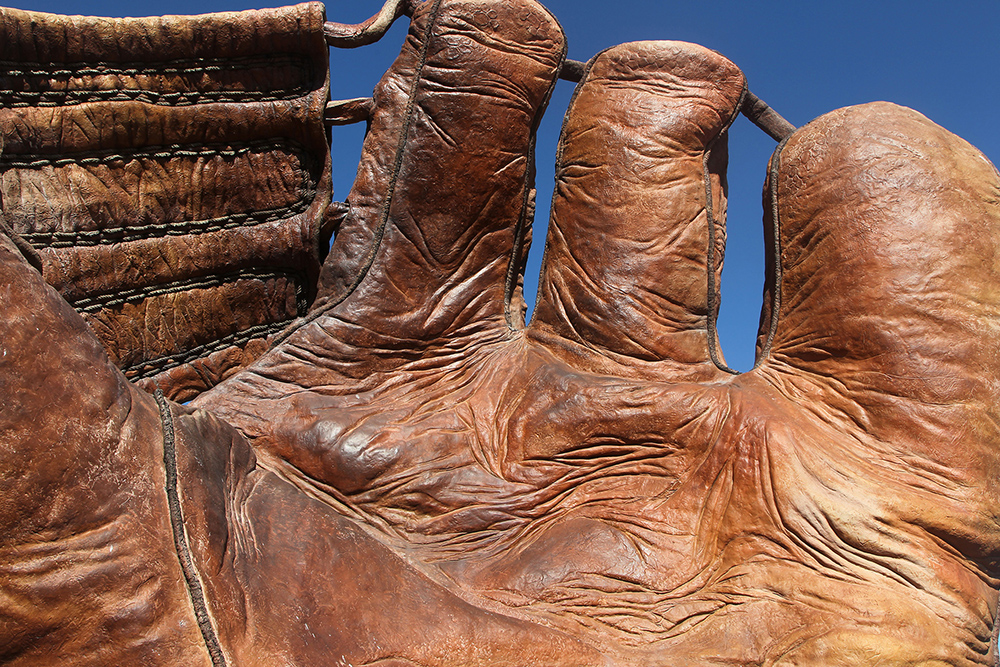 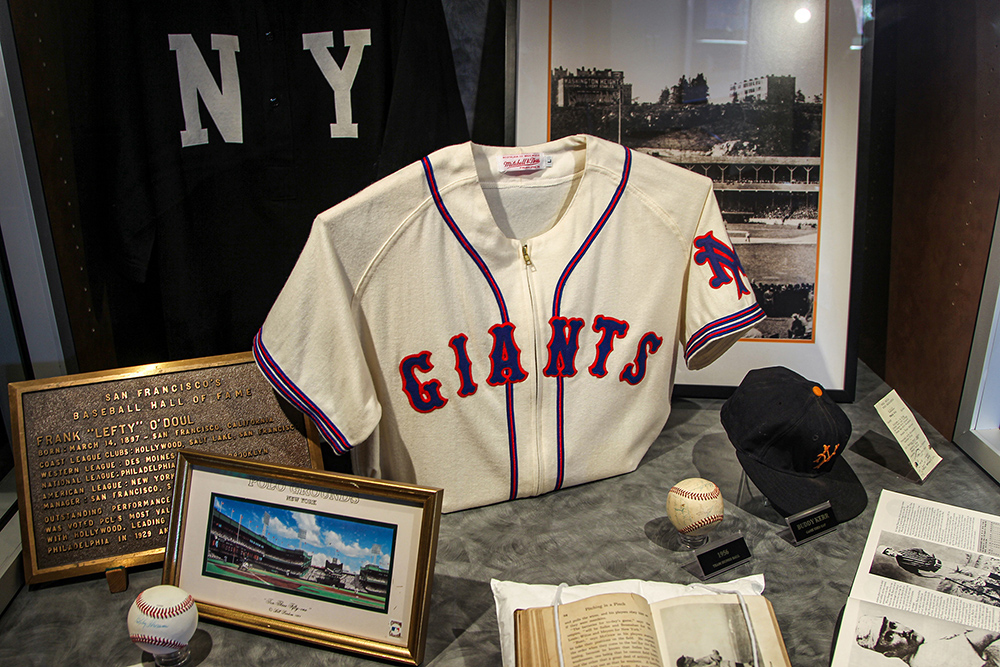 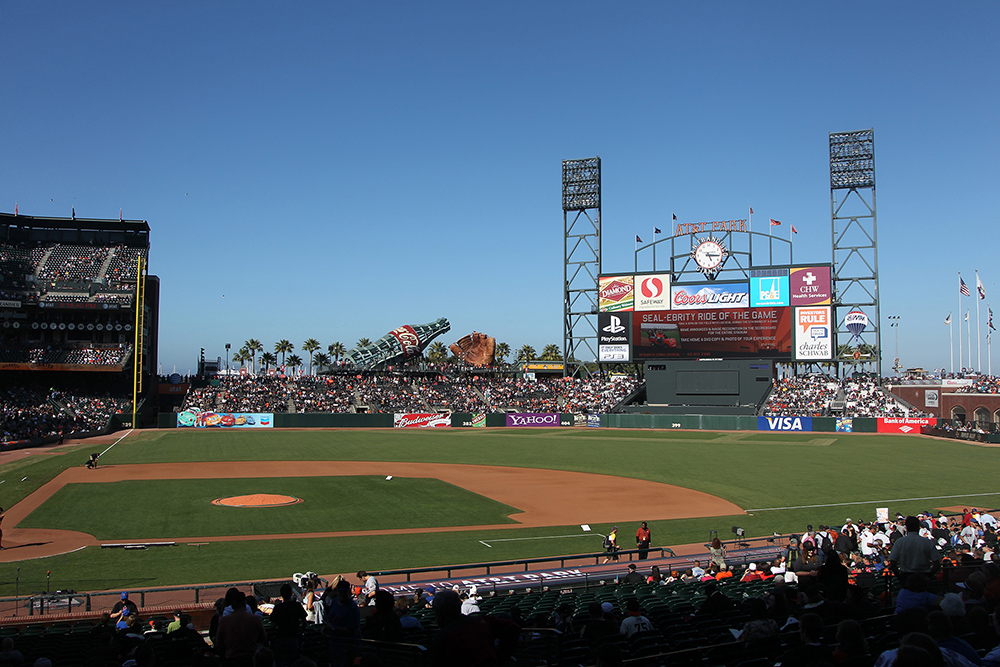 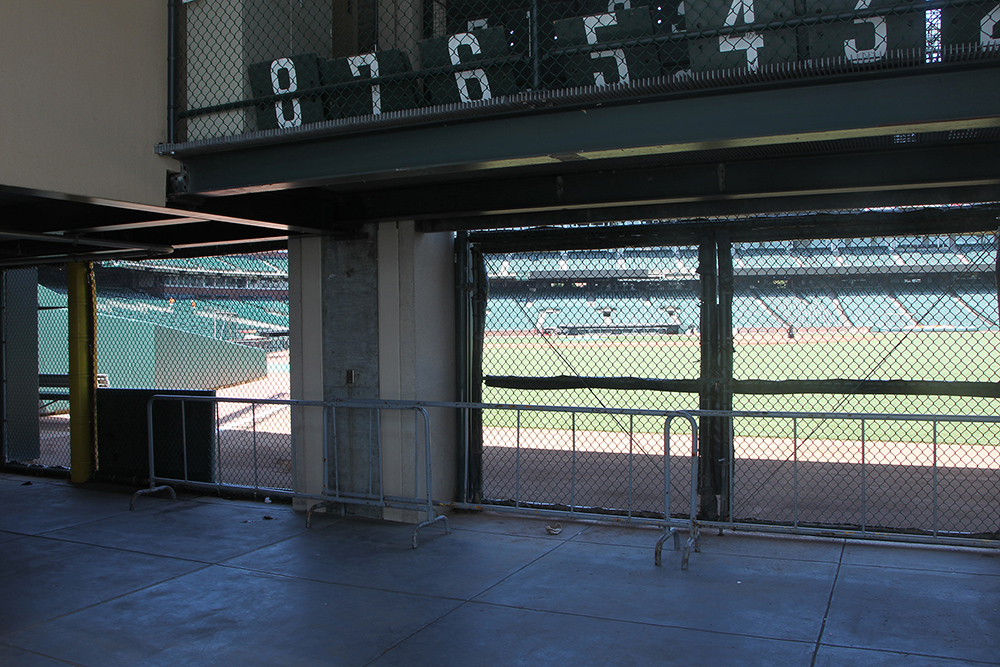 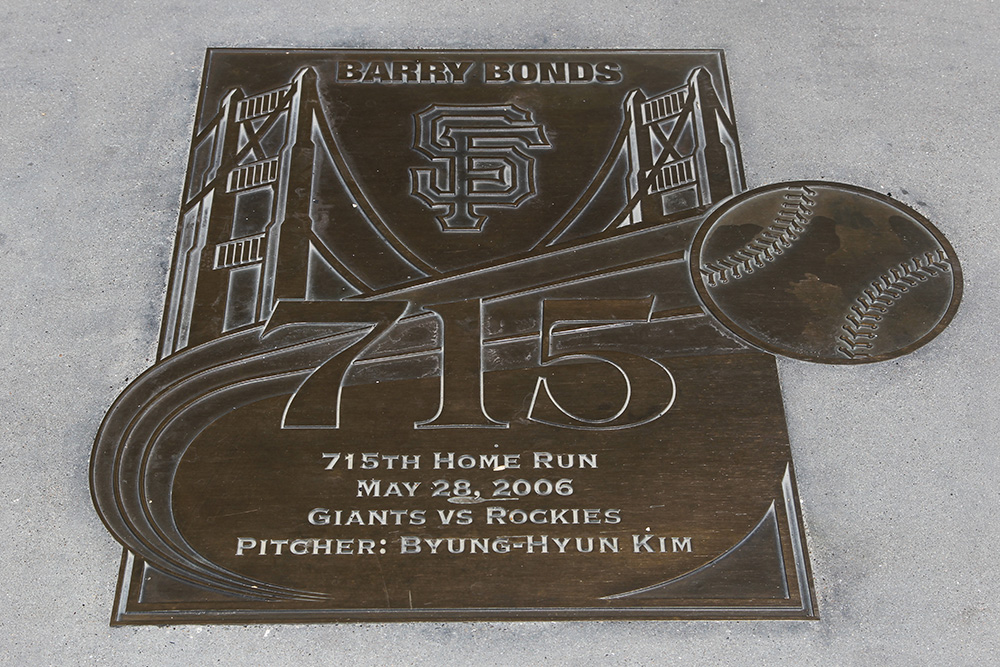 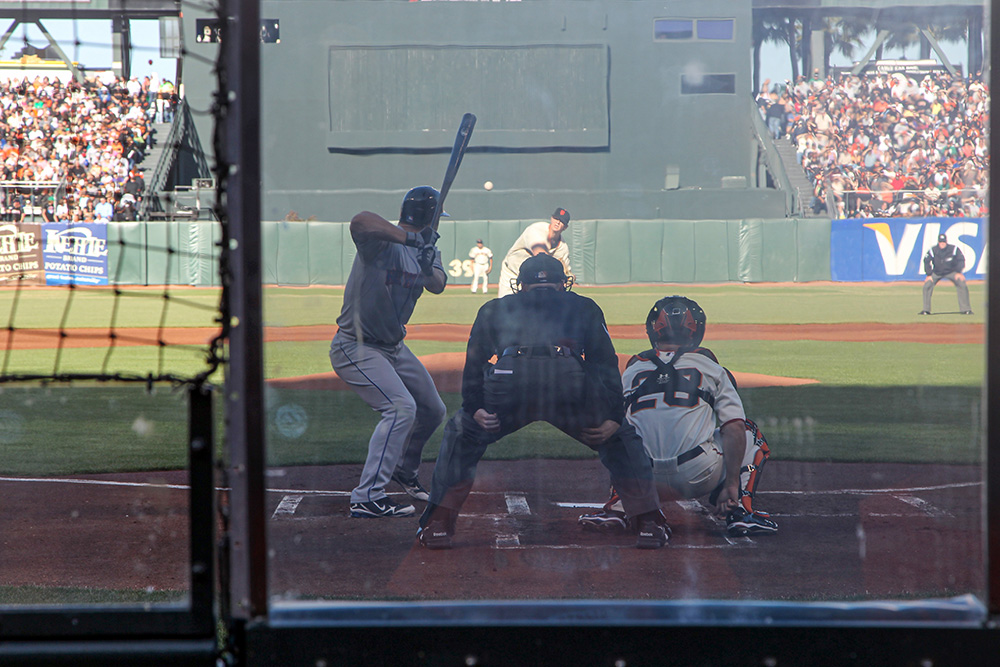 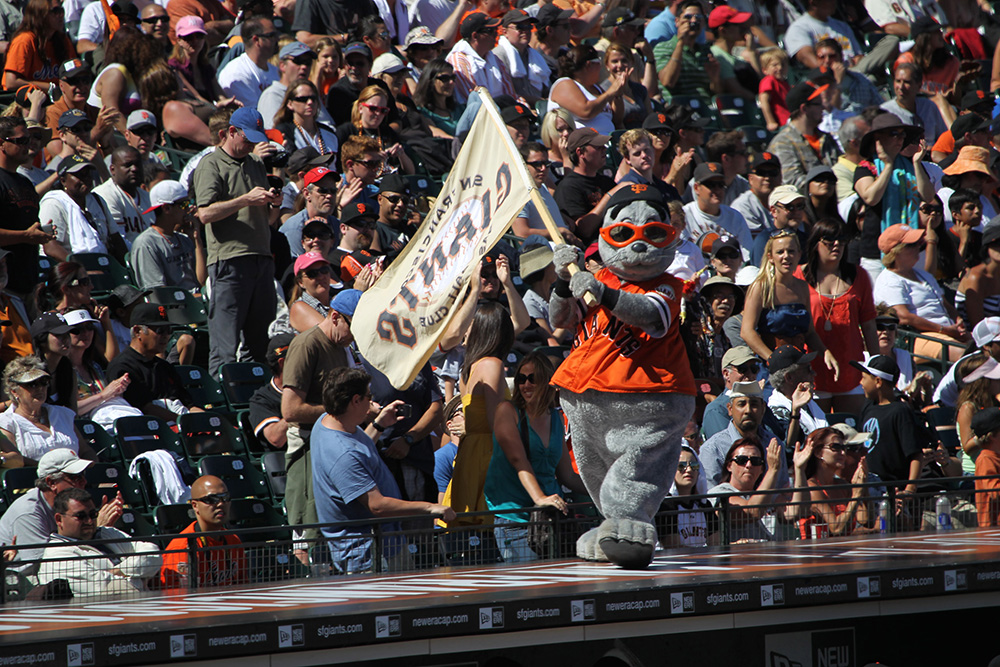 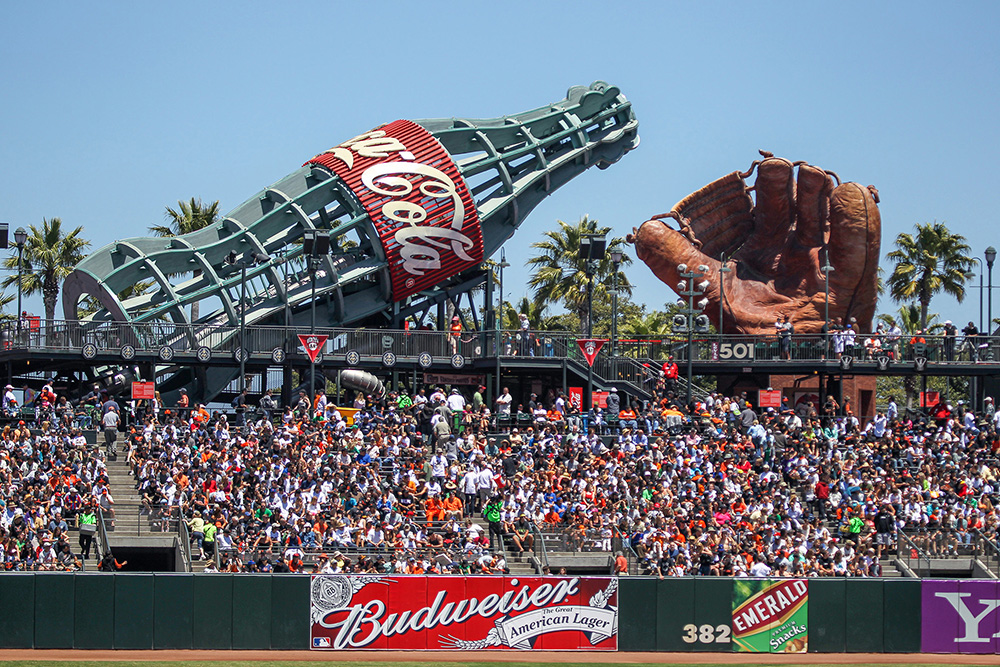 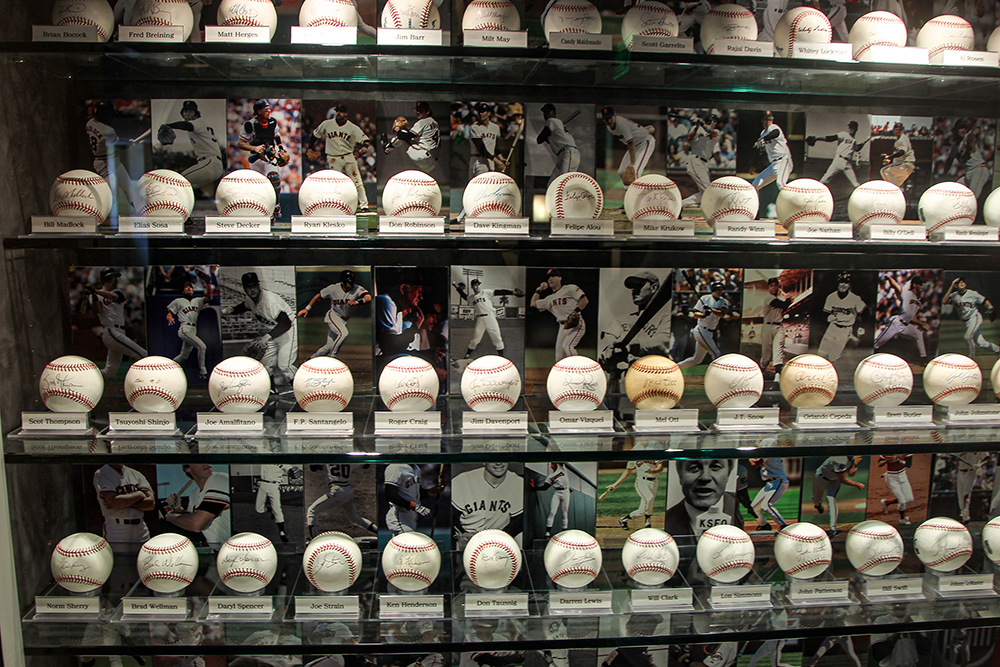 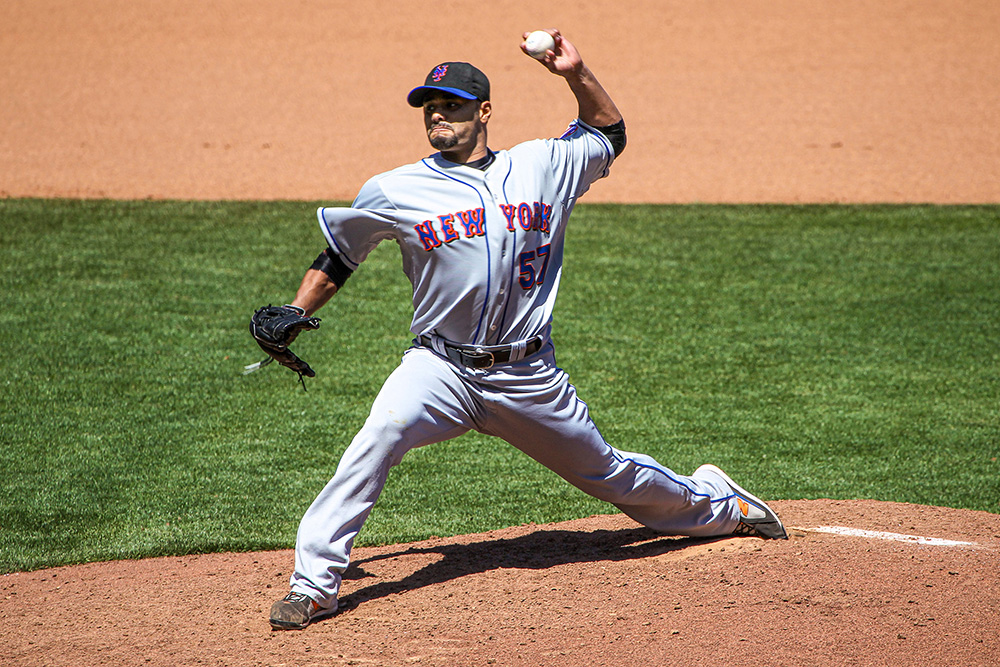 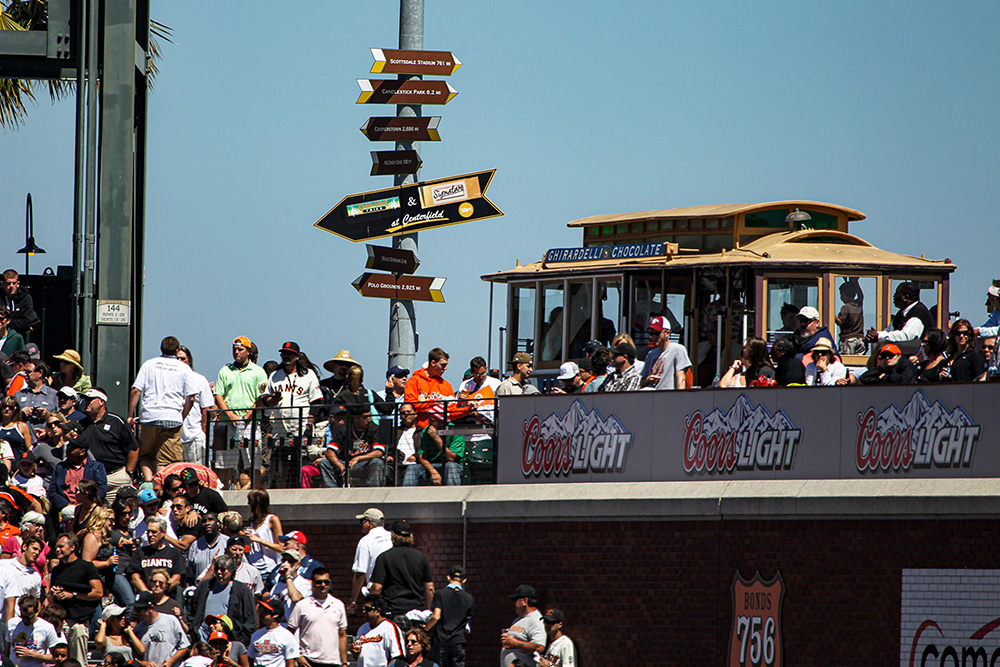 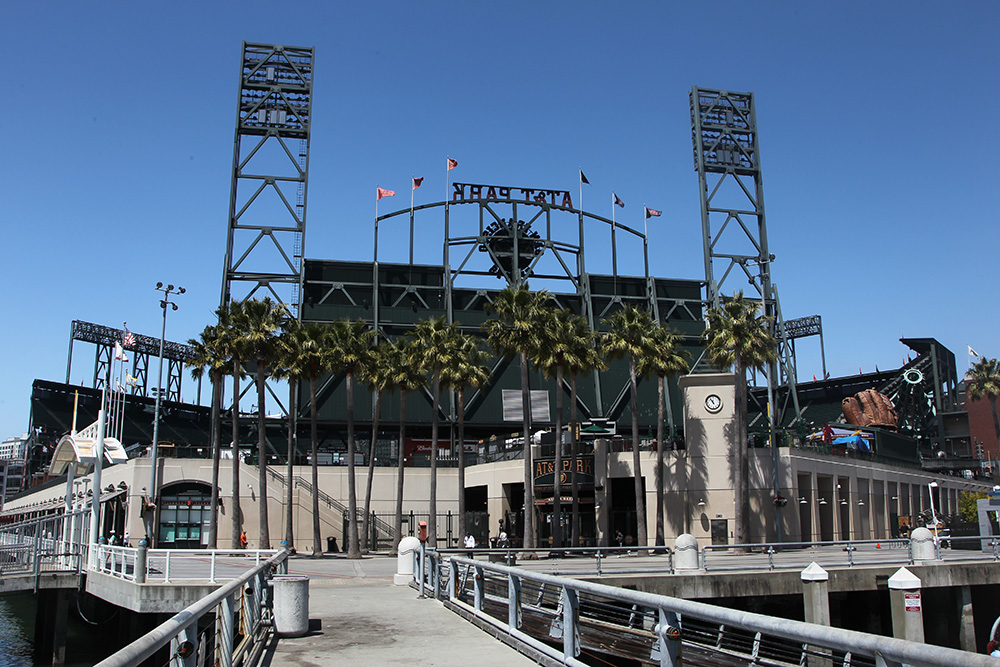 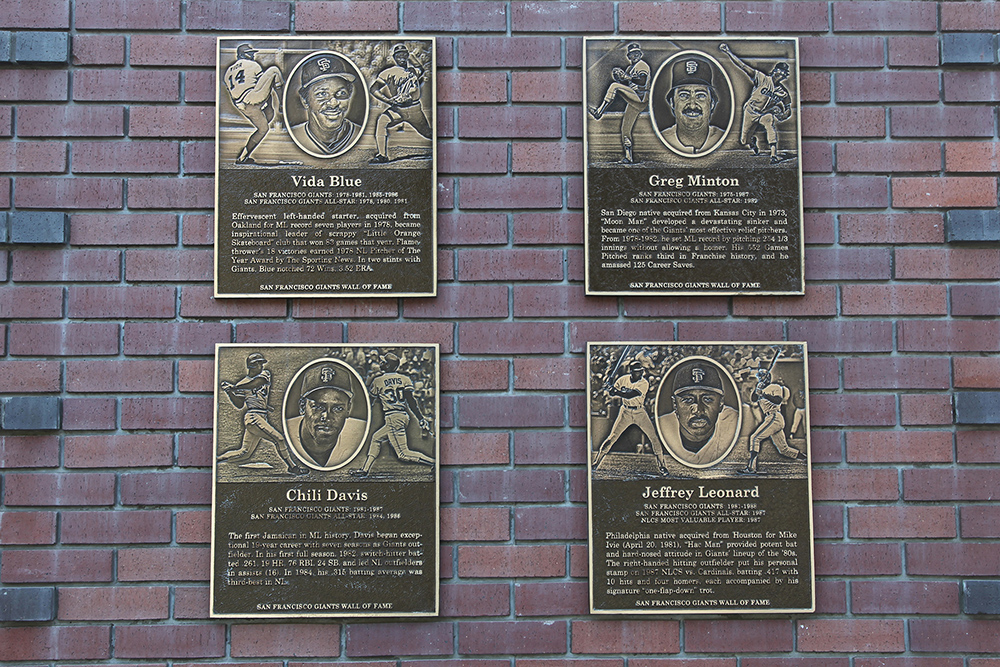 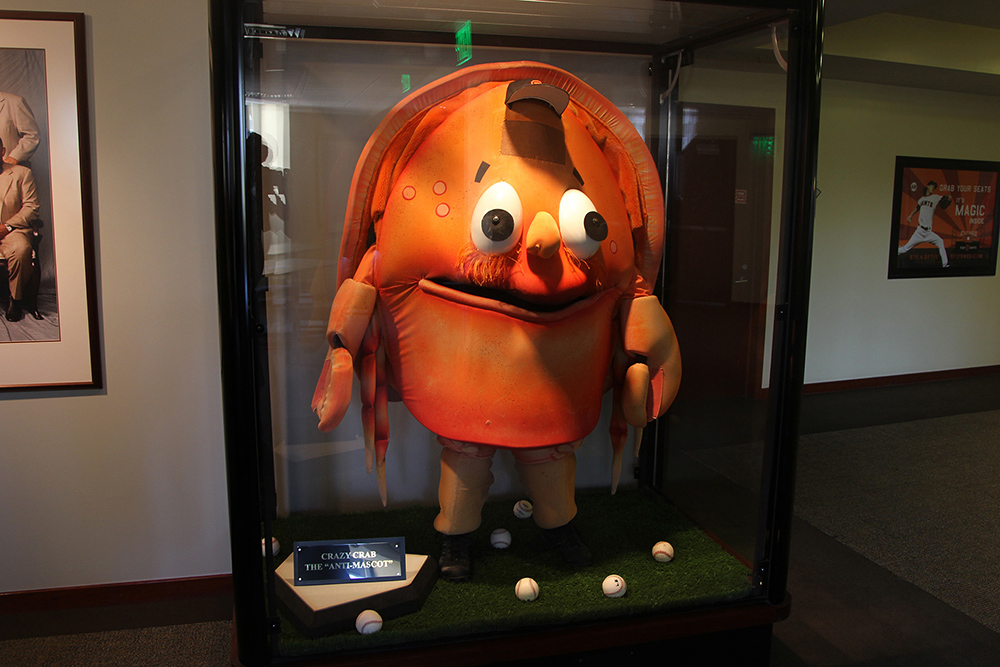 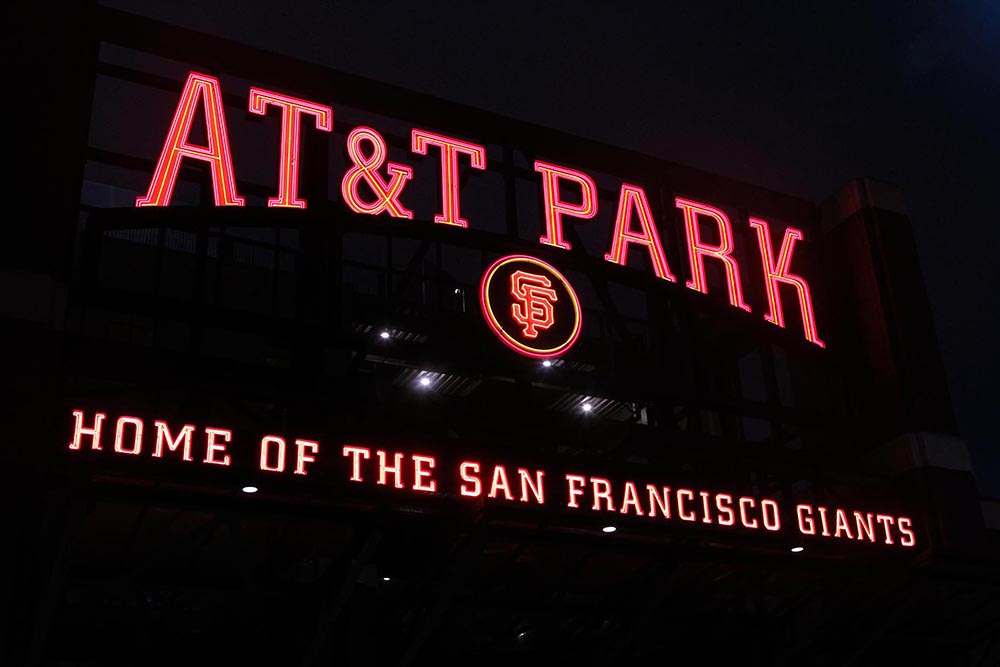 Ballpark: A - Beautiful ballpark with not a bad seat in the house, except maybe directly behind home plate with plexi-glass doors with dents and scratches. The kids area at the big glove in left-center is cool. McCovey Cove and cable car add nice touches. Great ballpark tour with excellent tour leaders. It is San Francisco, always remember to bring extra layers of clothing.

Fans & Atmosphere: B - Great loyal fans, very knowledgeable. Were lined up five hours before the game to get a Tim Lincecum bobblehead.

Food: B - Chicken Fingers with garlic fries and ice tea for 15.25. No real signature food. Maybe I don’t know what Bay Area food is. Looked for some fish and crab like dish.

Mascot: B - Lou Seal, fan friendly seal with just too cute and fun. Lou Seal is also a reference to the San Francisco Seals, the baseball club that was a mainstay of the Pacific Coast League from 1903 until 1957. Much better than the crab.

Staff: A - Very courteous, professional, friendly to all. Tour guides were excellent and ushers.

Location: A - The park is located at 24 Willie Mays Plaza, at the corner of 3rd Street and King Street, in the South Beach neighborhood of San Francisco, California.