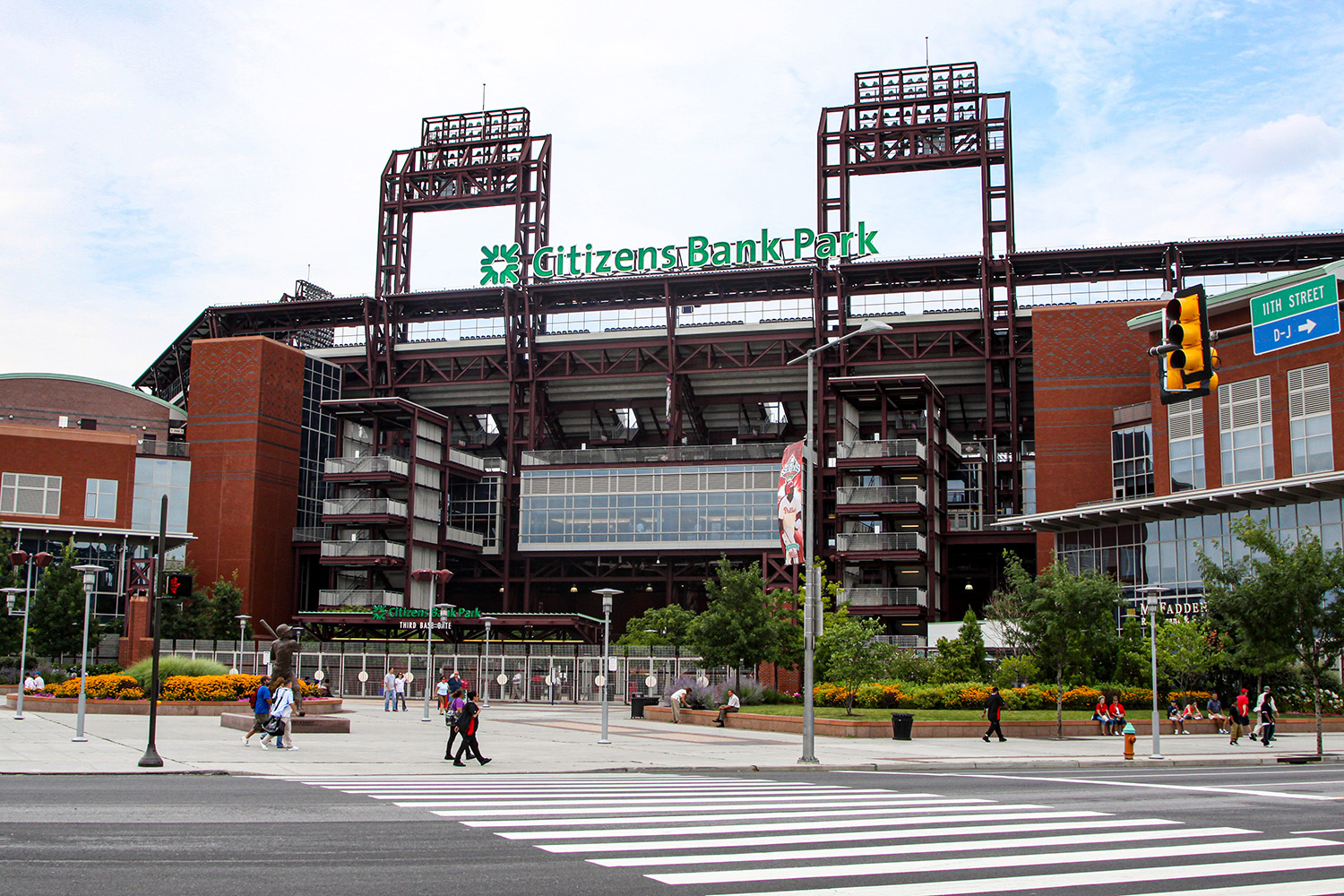 It is commonly referred to by locals simply as "The Bank" or "C.B.P.". Citizens Bank Park opened on April 3, 2004, and hosted its first regular season baseball game on April 12 of the same year, with the Phillies losing to the Cincinnati Reds, 4–1.

Citizens Bank Park is a baseball park located in Philadelphia, Pennsylvania, within the city's South Philadelphia Sports Complex. It is the home of the Philadelphia Phillies, the city's Major League Baseball (MLB) franchise. It opened April 3, 2004, and hosted its first regular-season baseball game on April 12 of the same year, with the Phillies losing to the Cincinnati Reds, 4–1.

The ballpark was built to replace the 33-year-old, now-demolished Veterans Stadium, a football/baseball multipurpose facility, and features a natural grass-and-dirt playing field and a number of Philadelphia-style food stands that serve cheesesteak sandwiches, hoagies, Tastykakes, soft pretzels, Yards and Yuengling beer, and many other regional specialties.

The ballpark lies on the northeast corner of the Sports Complex, which includes Lincoln Financial Field, the Wells Fargo Center, and Xfinity Live!, the Center's adjacent theme park and food court. The stadium seats 42,792.

The Phillies originally sought to build a downtown ballpark similar to Baltimore's, Denver's, Cincinnati's, Cleveland's, Detroit's and San Francisco's. Various locations were proposed, including Broad and Spring Garden streets; Spring Garden and Delaware Avenue; and next to 30th Street Station on the site of the former main post office. The team and the city announced that the site would be at 13th and Vine streets in Chinatown, just north of Interstate 676, within walking distance of Center City.

There was considerable support for a downtown ballpark from business and labor and the city at large. But Chinatown residents protested, fearing a new ballpark would destroy their neighborhood. The City and team eventually settled on building at the South Philadelphia Sports Complex on the site of another abandoned food warehouse. In the years that followed, residents, fans, and owner Bill Giles expressed regret that the new ball park was not located in Center City. 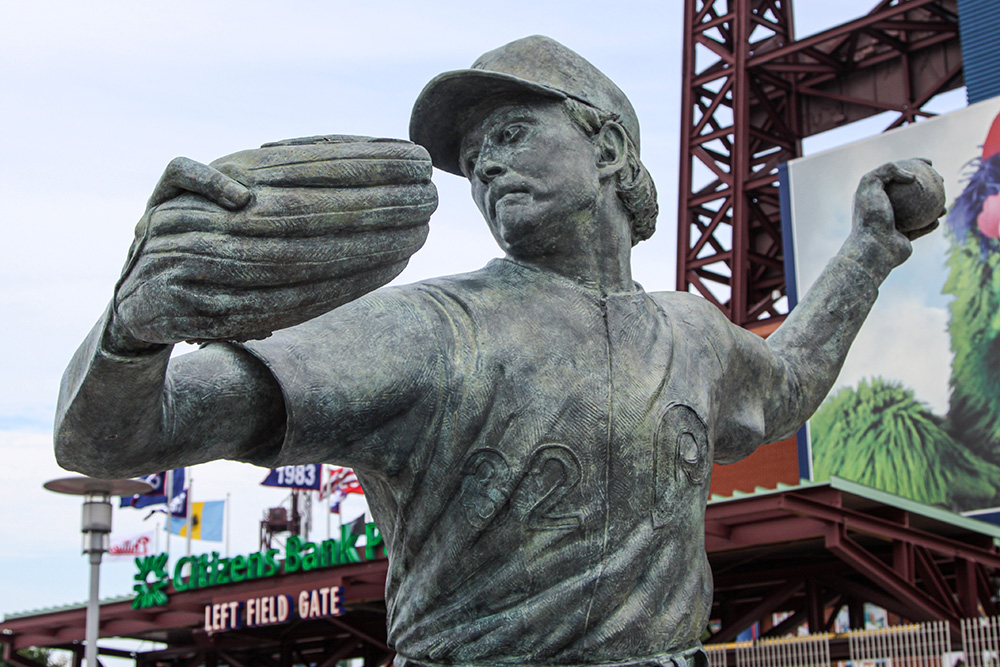 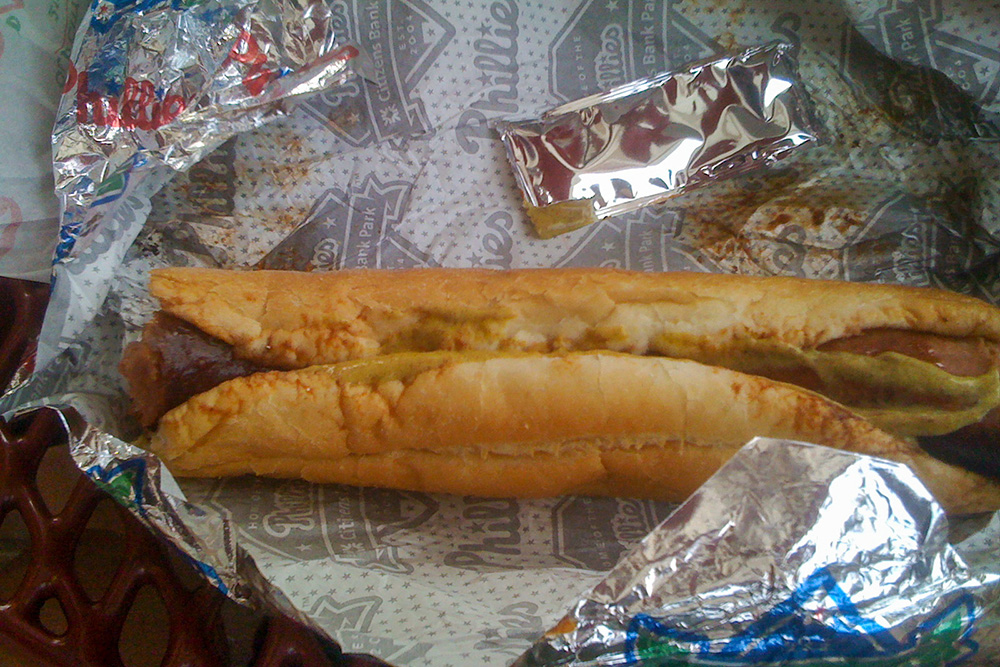 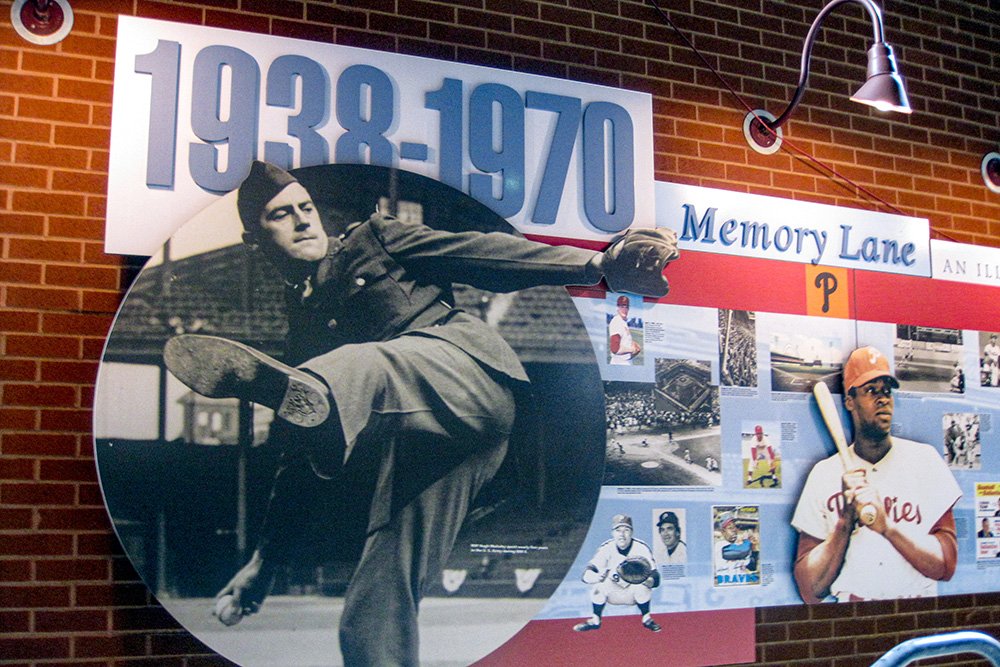 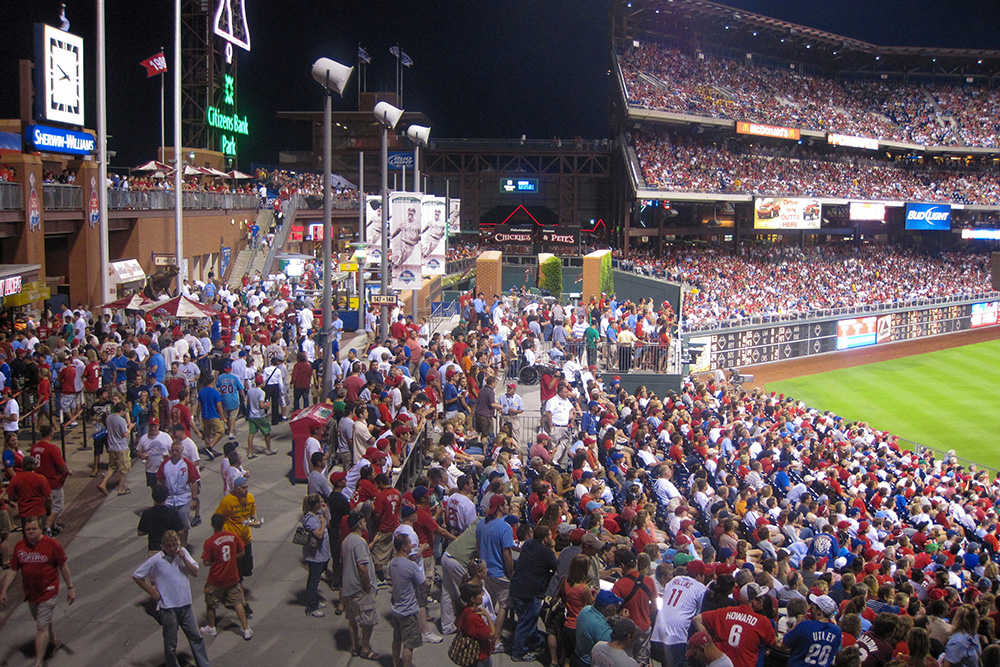 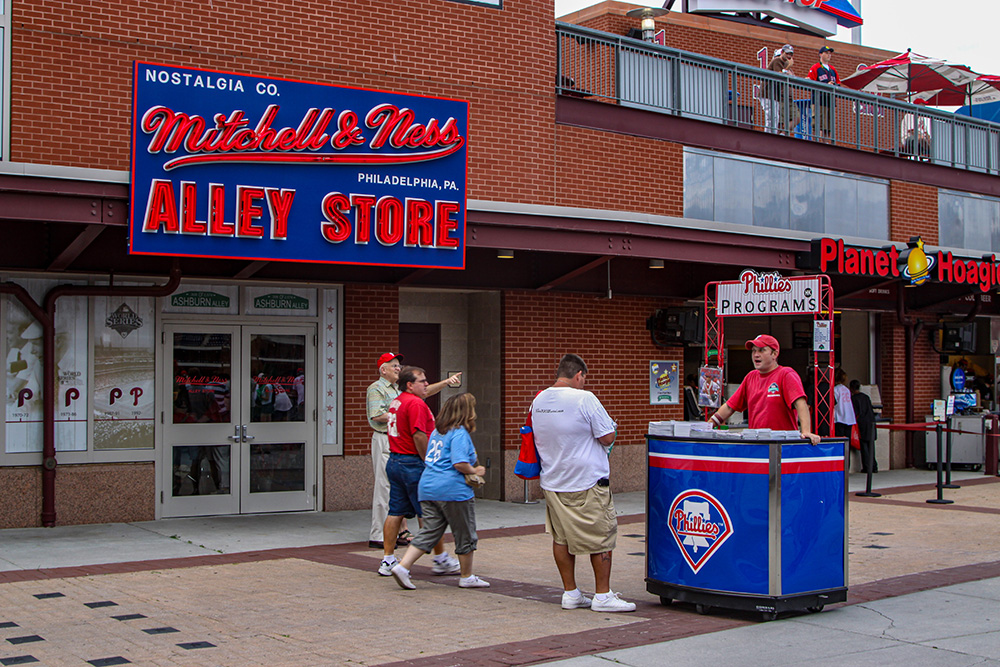 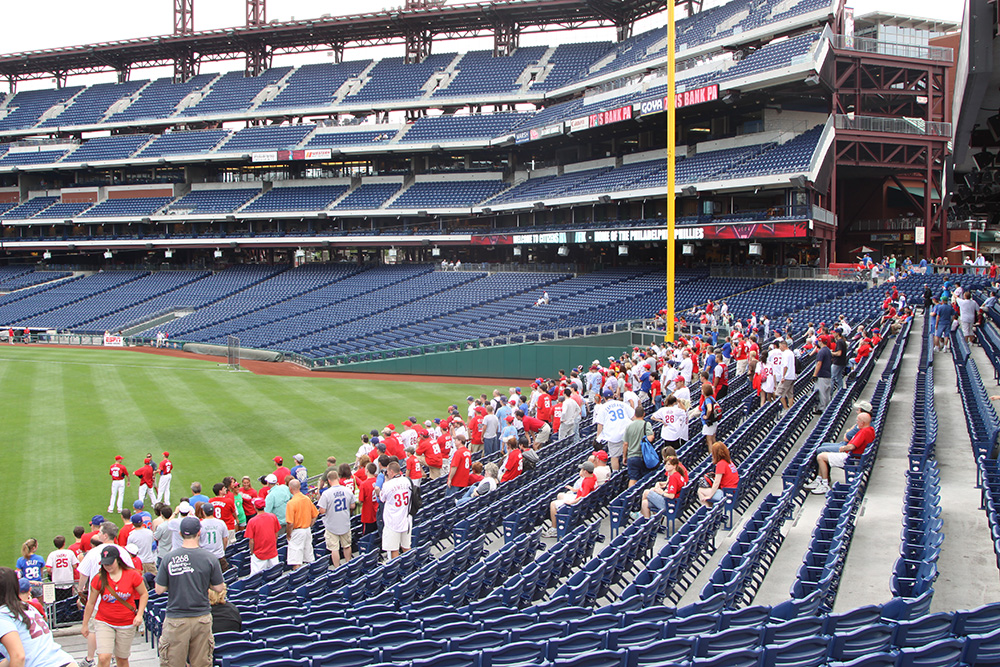 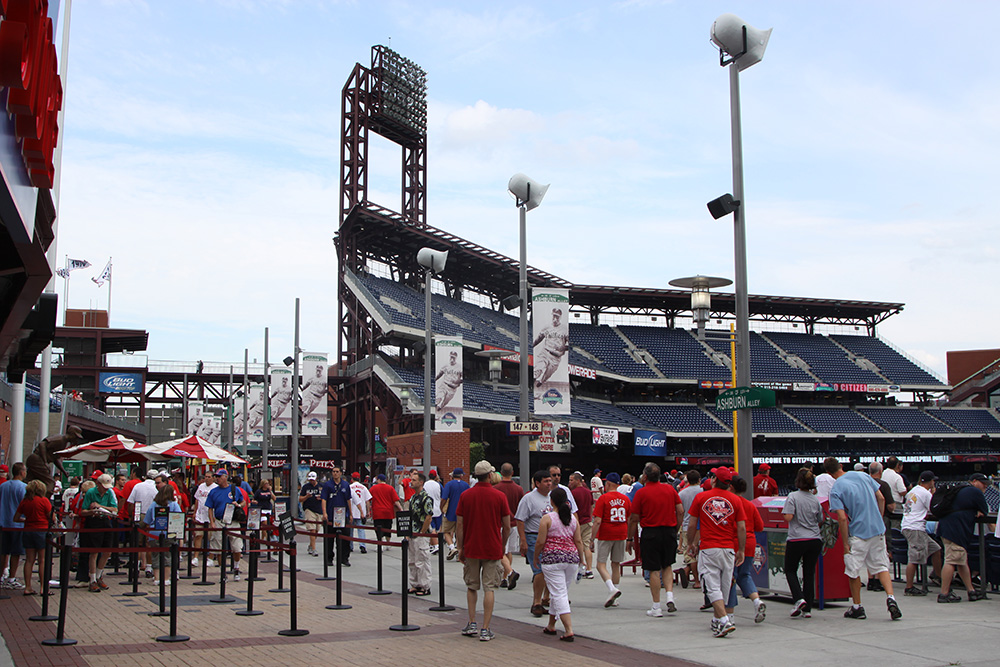 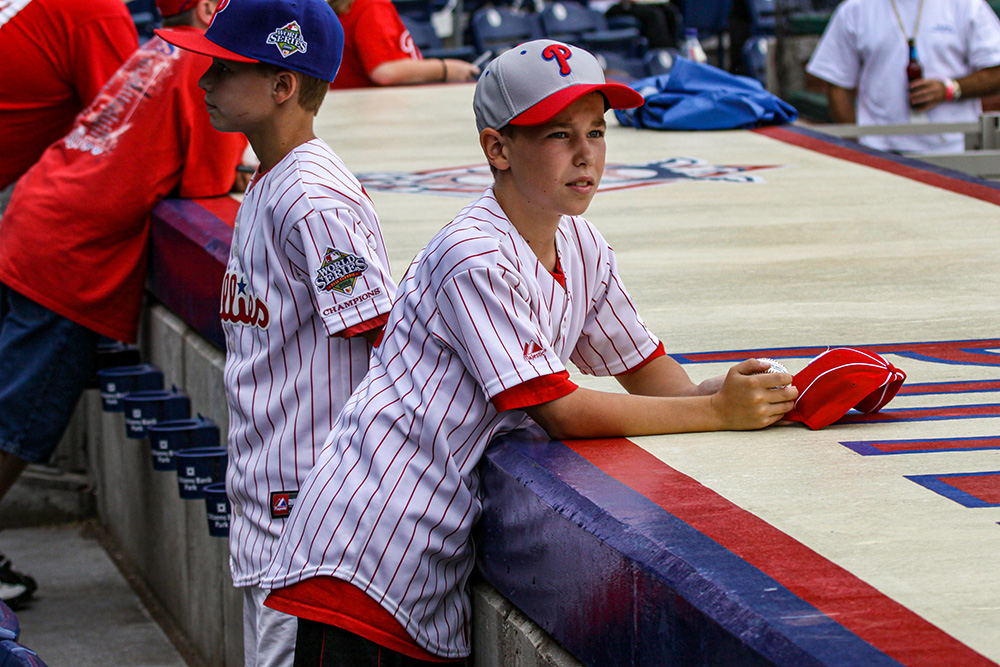 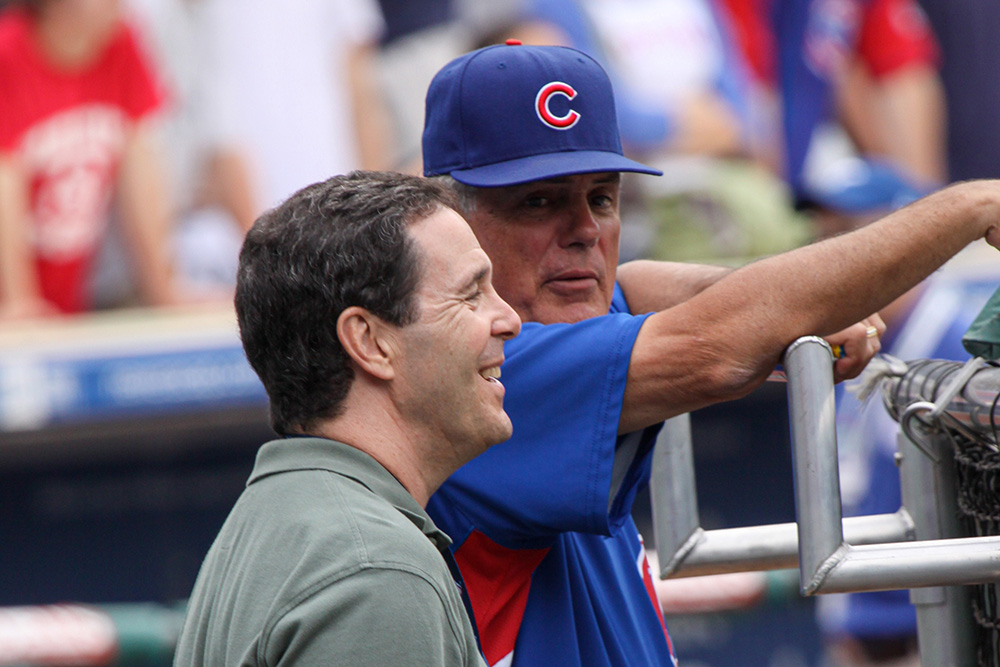 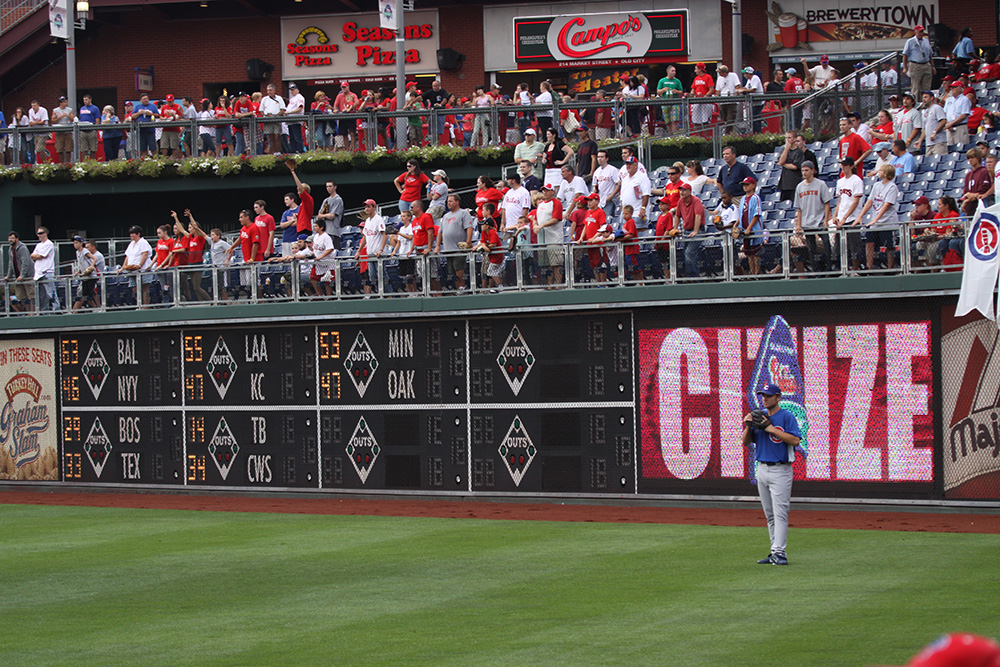 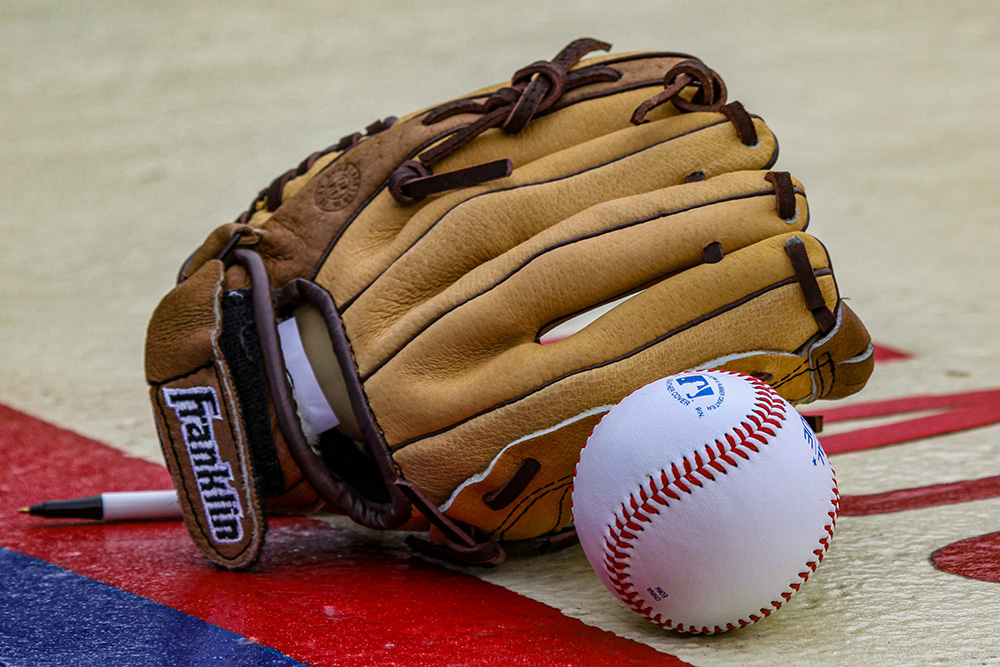 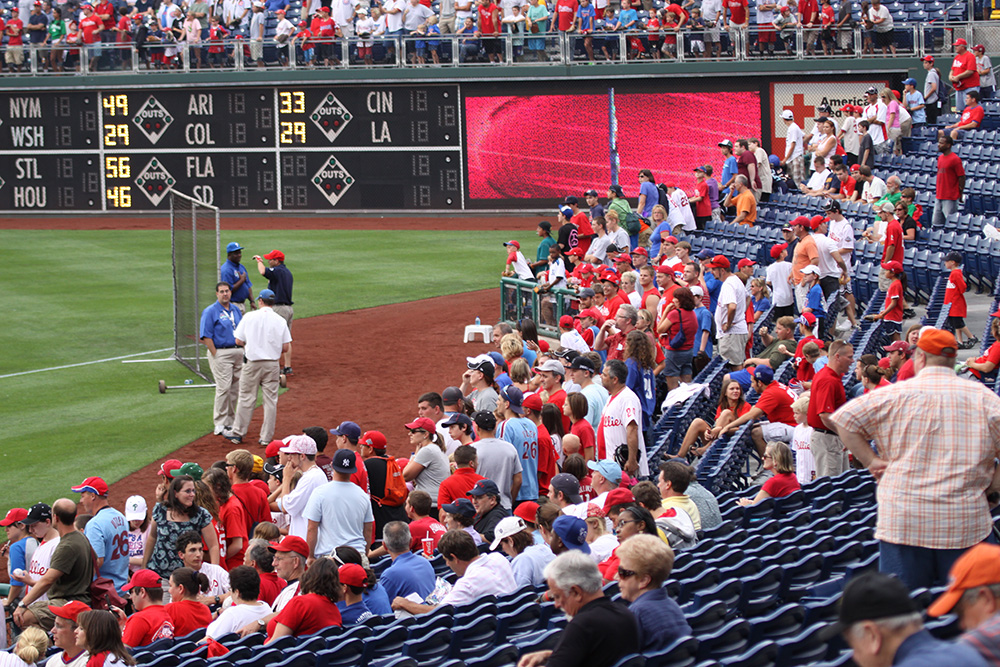 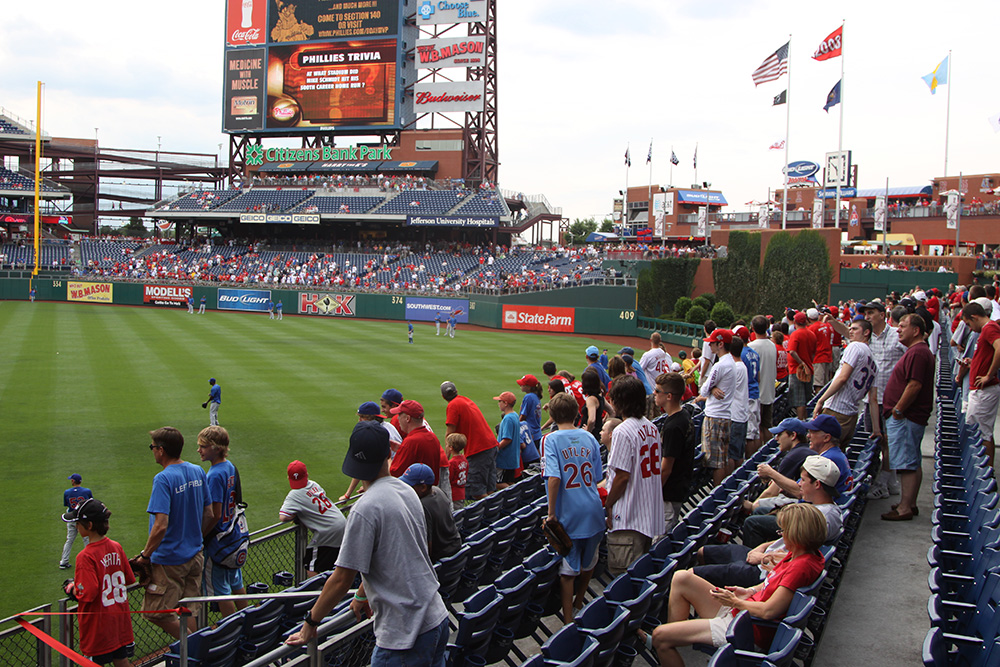 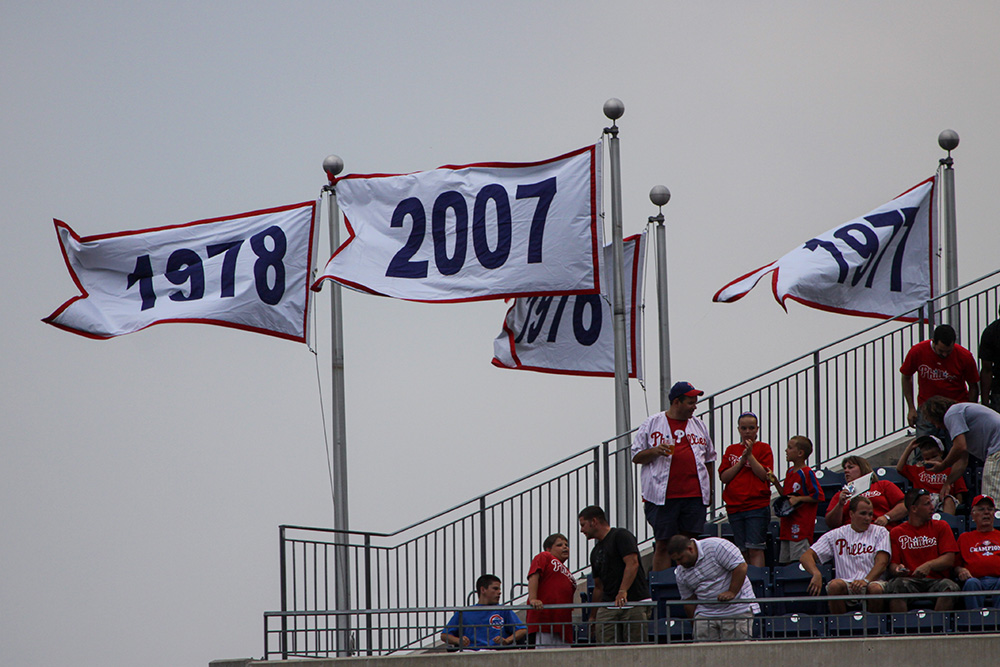 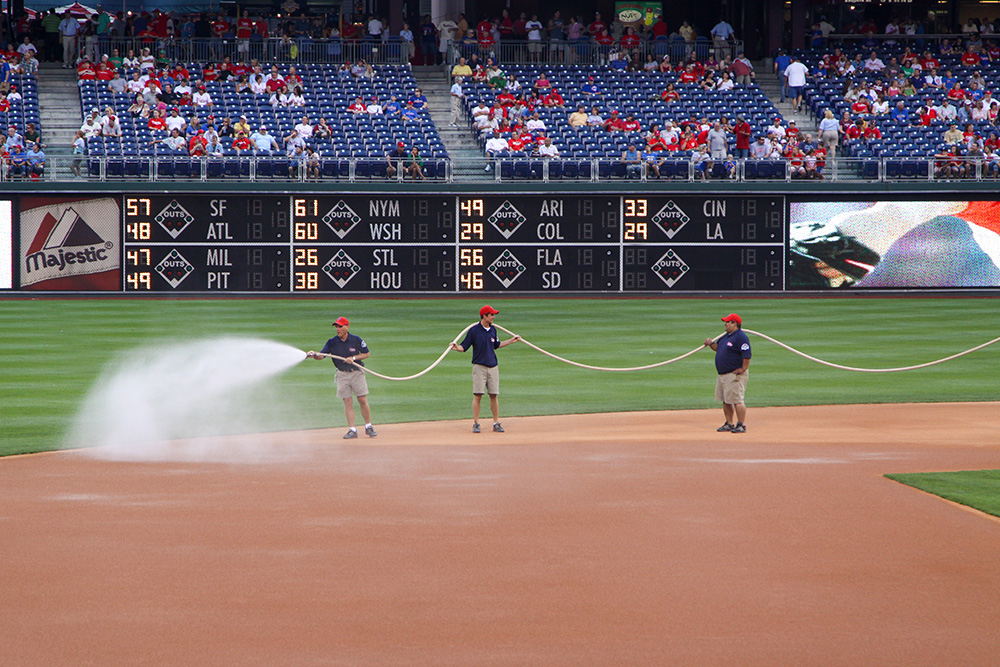 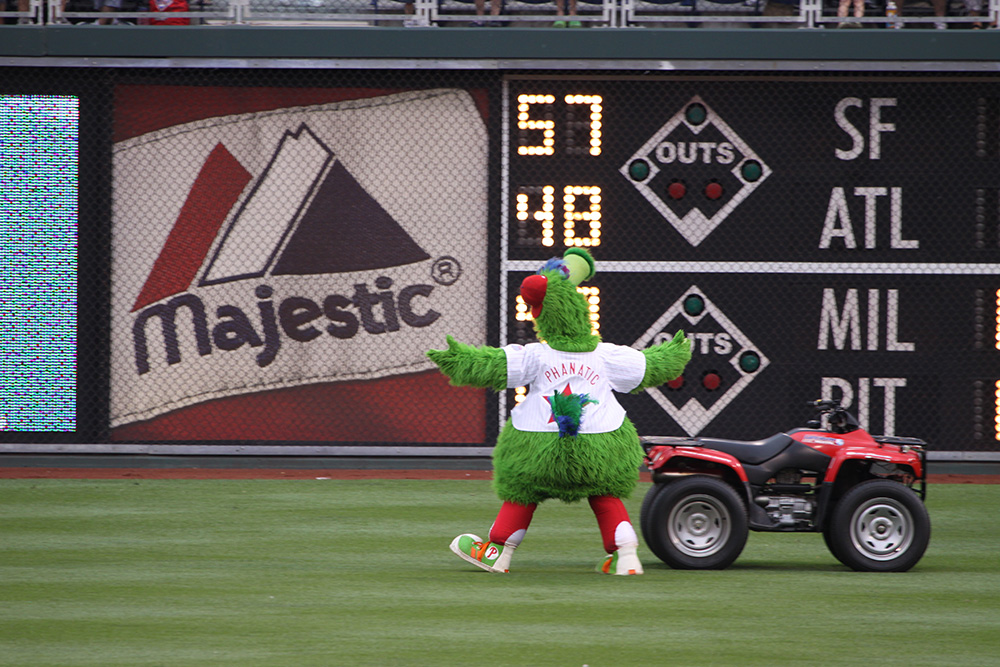 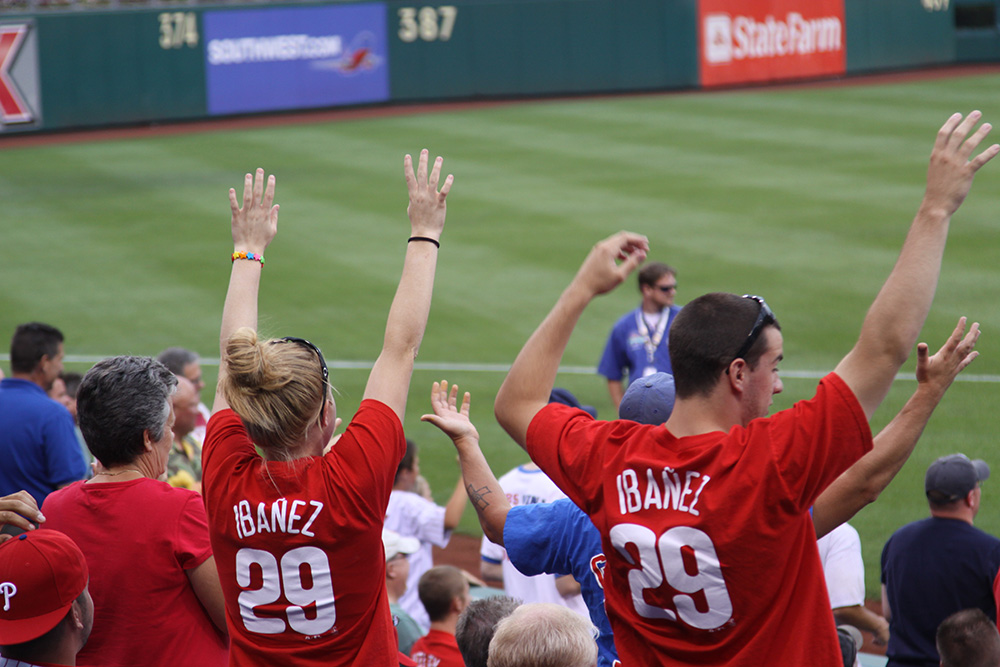 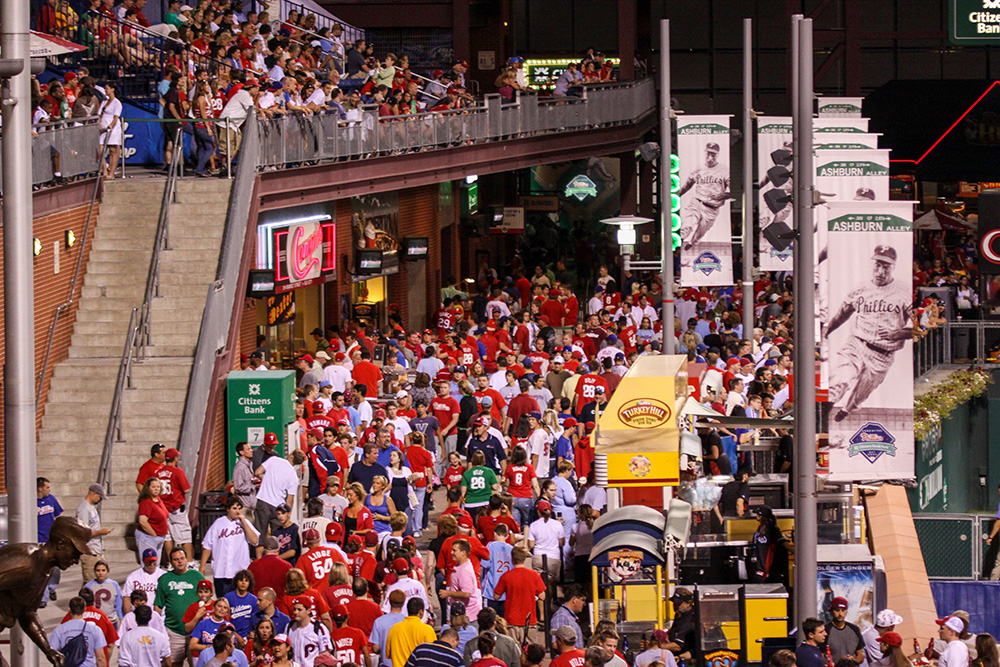 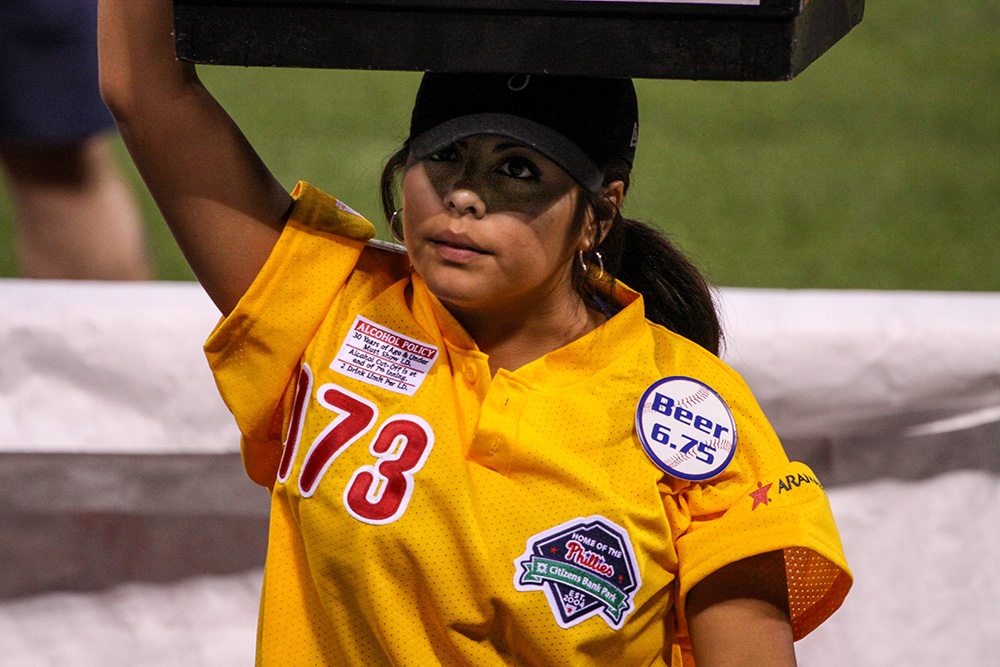 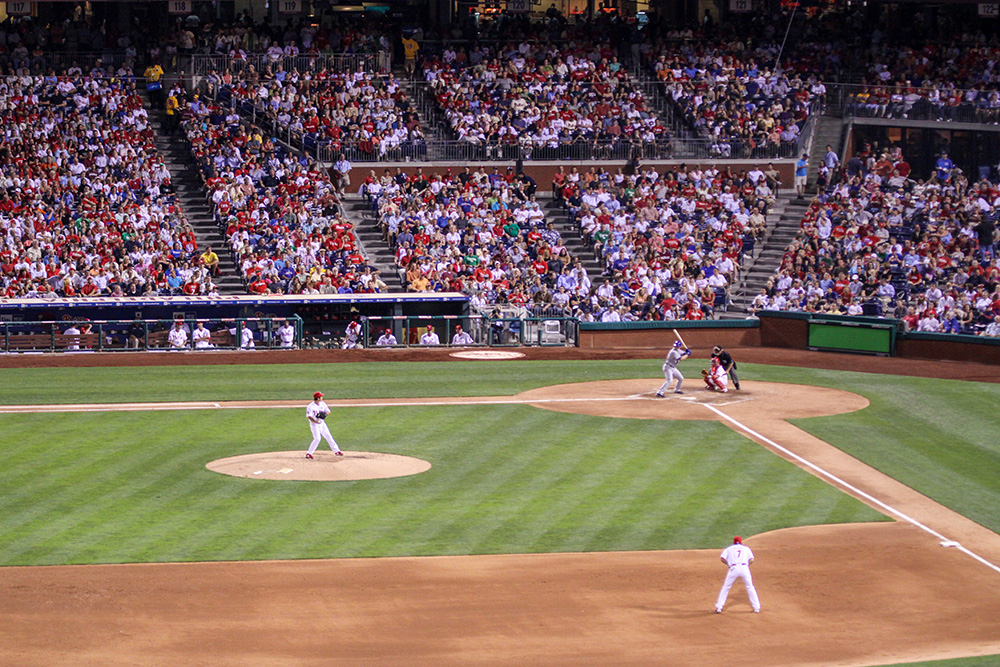 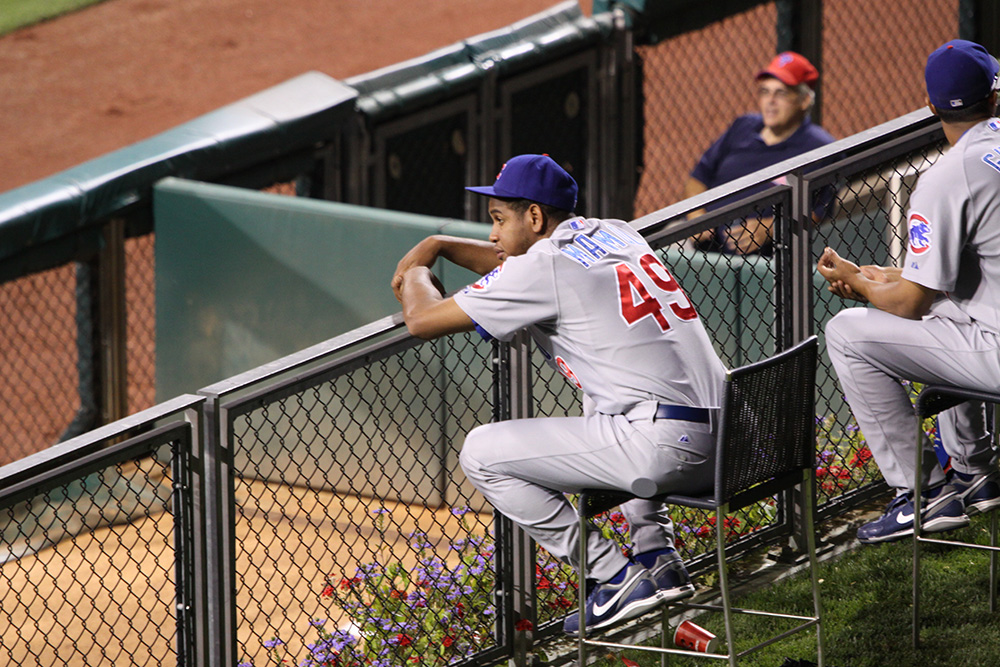 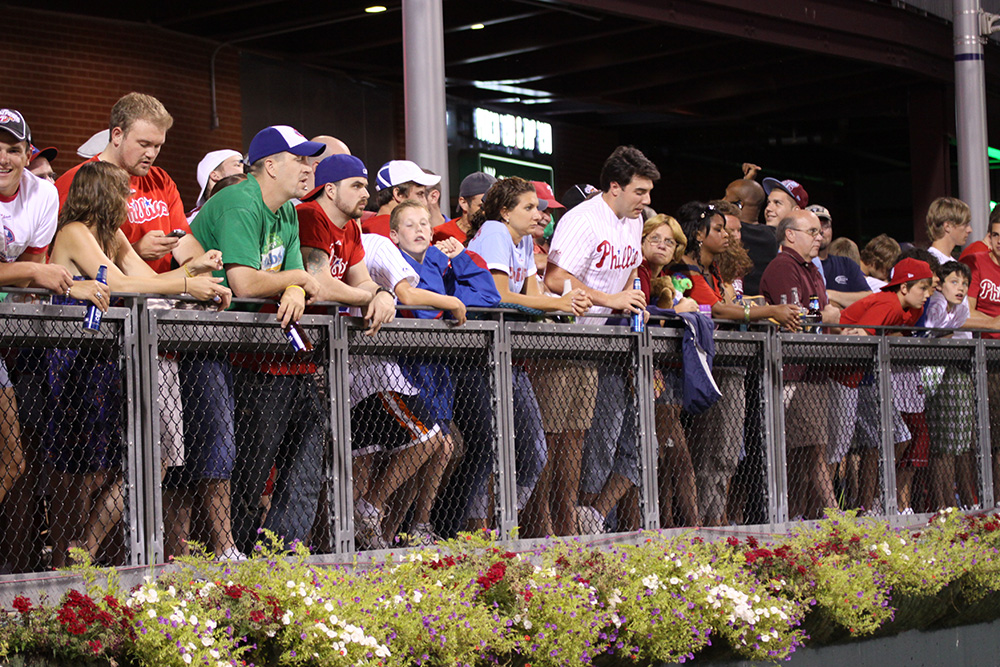 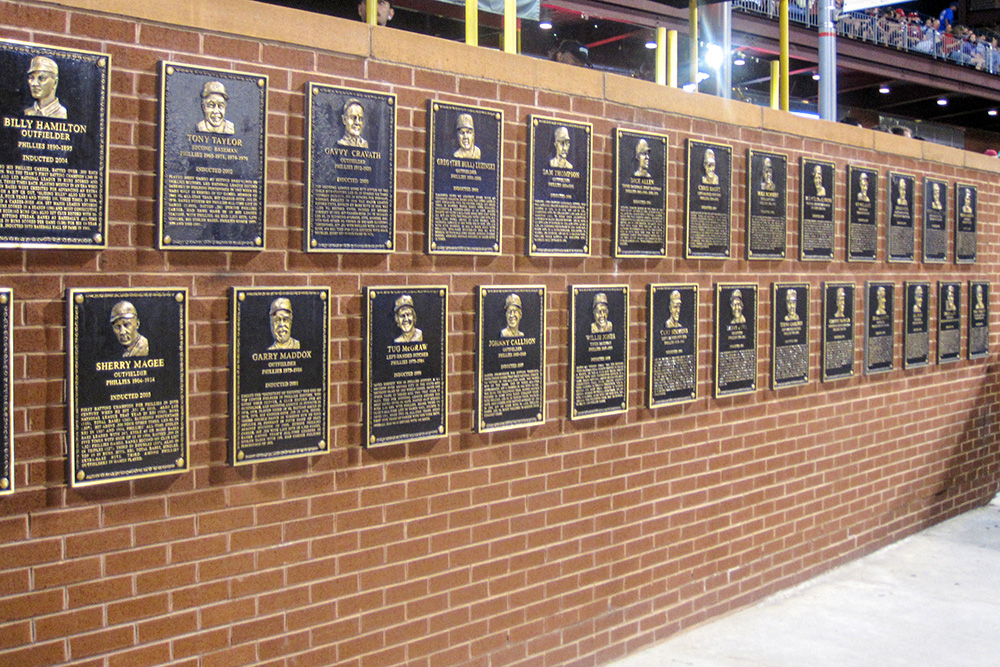 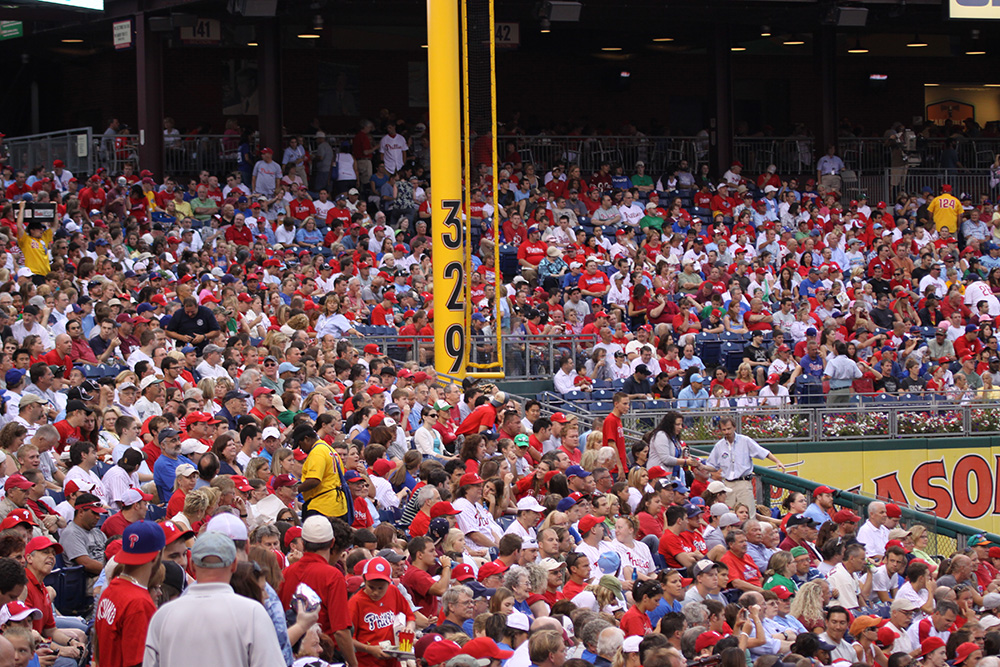 Ballpark: A - Great new ballpark, Ashburn Alley is amazing with all the food choices. Great places to watch the game with standing room only tickets. $179.98 for 2 tickets on Stub Hub - Phillies are sold out every game. Seats on 3B side - 14 rows up from field, clear view of action.

Fans & Atmosphere: B - There are plenty of places to sit and eat and enjoy your meal during batting practice. Found many fans very nice despite Philadelphia's reputation, though a few who got out of hand after too many beers.

Food: B - Greg the Bull BBQ Kielbasa, Philly Cheese steak, and Chicky Petes fries, all for $24.00.

Mascot: A - The Phillie Phanatic (Best mascot in baseball), always entertaining with the opposing team and fans.

Staff: A - Surprisingly friendly and helpful. For Philadelphia it seemed surprising.

Team Tradition: A - Losing tradition for more than a century, team looks to be on their way towards post season again. Team honors and recognizes Philadelphia baseball in Memory Lane: the Phillies, Athletics and Stars of the Negro Leagues. Phillies Wall of Fame with plaques of Hall of Famers and stars who played in Philadelphia.

Location: B - The ballpark lies in south Philadelphia on the northeast corner of the Sports Complex, which includes Lincoln Financial Field, Wells Fargo Center, and Xfinity Live! Subway system is awful in Philadelphia. Need a car to get there.