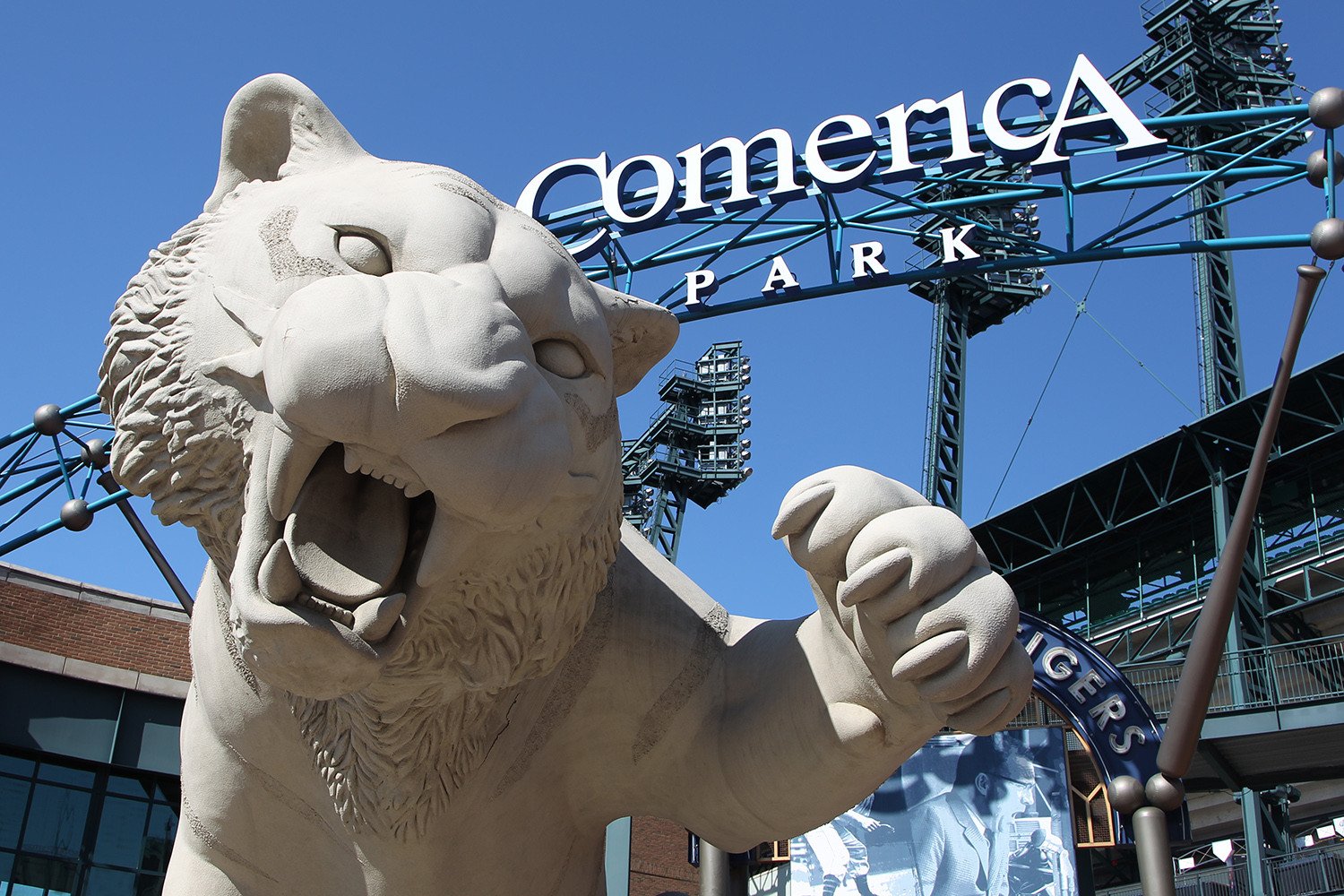 Comerica Park primarily serves as the home for the Detroit Tigers, who moved to the new venue in 2000. Comerica is the third home for the Tigers since becoming a charter member of the American League in 1901. The team previously played in Tiger Stadium (1912-1999) and Bennett Park (1901-1911). The club was founded in 1894 as part of the Western League. (Photo: Gordon Donovan)

At the left-center field concourse there are statues of all of the players whose numbers have been retired by the Tigers (with the exception of Jackie Robinson, whose number was retired in every MLB park in 1997 and is located on the wall in right-center field).

The Tigers celebrate six of their all-time great players with a series of unique statues located along the left centerfield wall. The statues are cast in stainless steel and capture the essence of some of the greatest Tigers in action--Ty Cobb, Charlie Gehringer, Hank Greenberg, Willie Horton, Al Kaline and Hal Newhouser. Each is perched atop a granite pedestal and reaches about 13 feet in height.

Ernie Harwell, the team's longtime radio announcer and a recipient of the Hall of Fame's Ford C. Frick Award, has a statue just inside the stadium on the first base side.

Comerica Park is currently the only ballpark in the Major Leagues to feature a distinctive dirt strip between home plate and the pitcher's mound. This strip, sometimes known as the "keyhole", was common in early ballparks, but it's very rare in modern facilities.Additionally, the home plate area is in the shape of the home plate itself, and not as a standard circle.

The flagpole located between center and left fields was originally in play, as was the flagpole in Tiger Stadium. However, the left field wall was moved in front of the pole before the 2003 season. A ball that hits the pole is now ruled a home run. 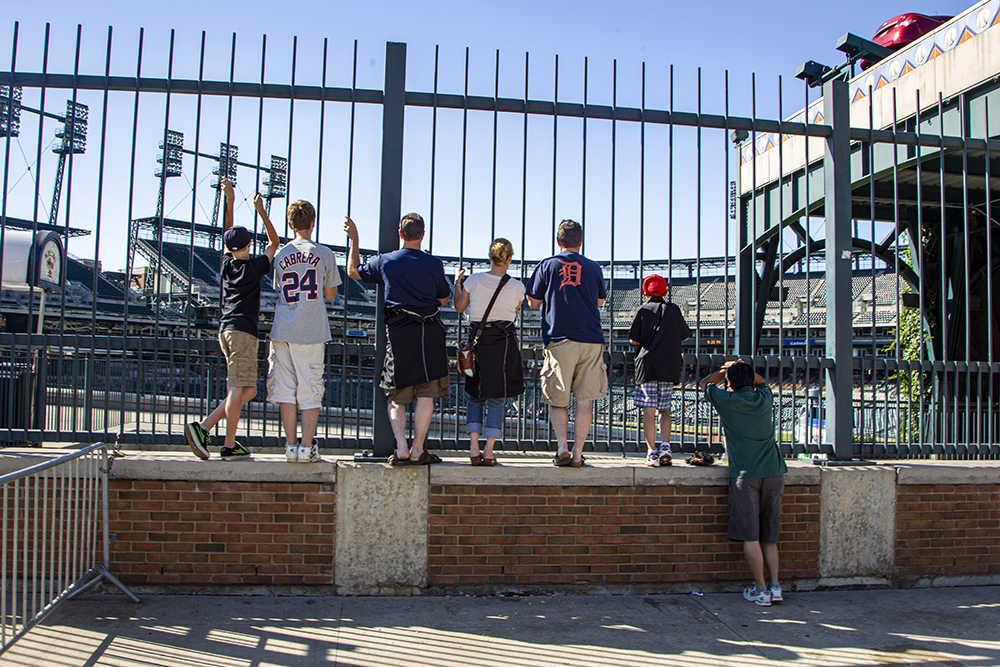 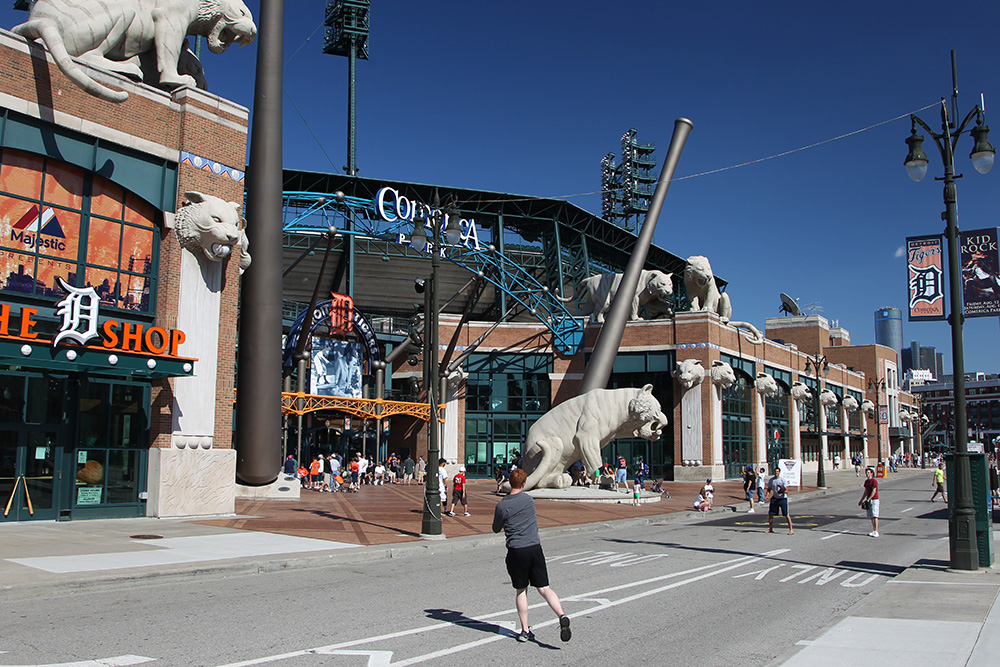 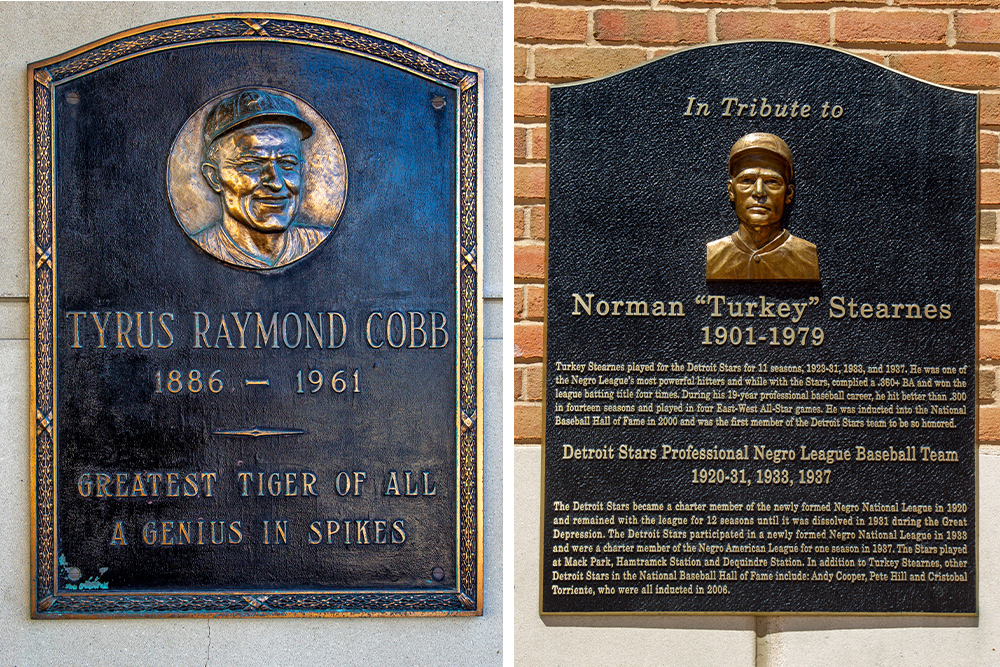 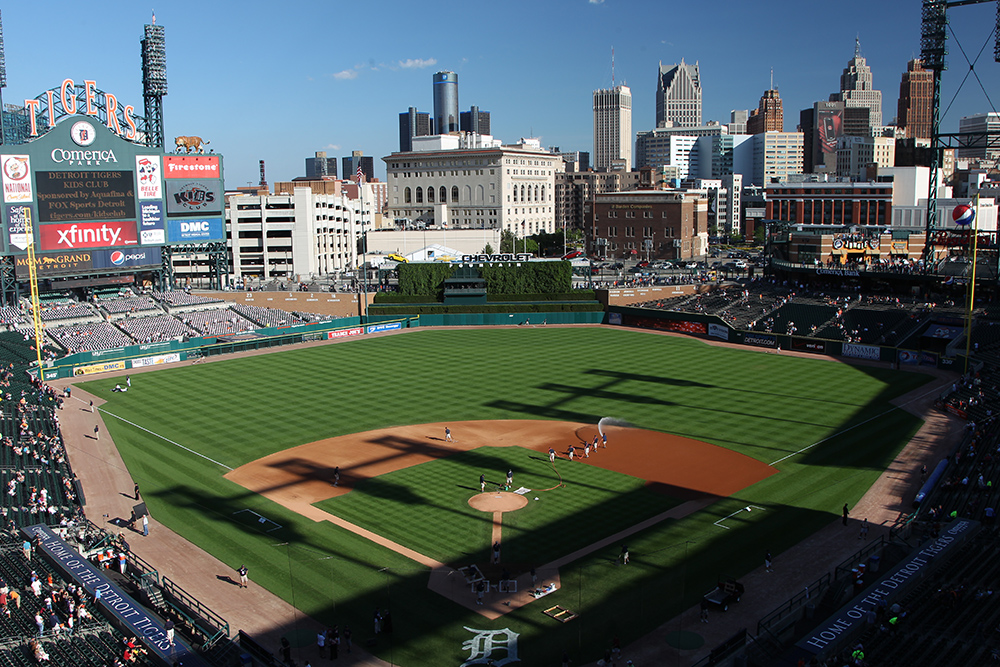 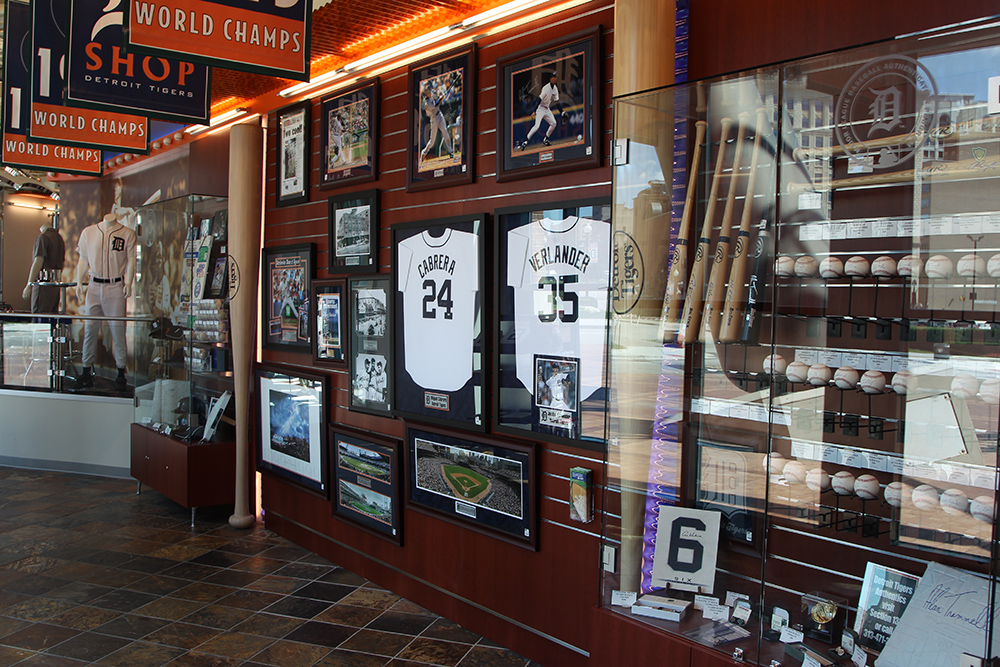 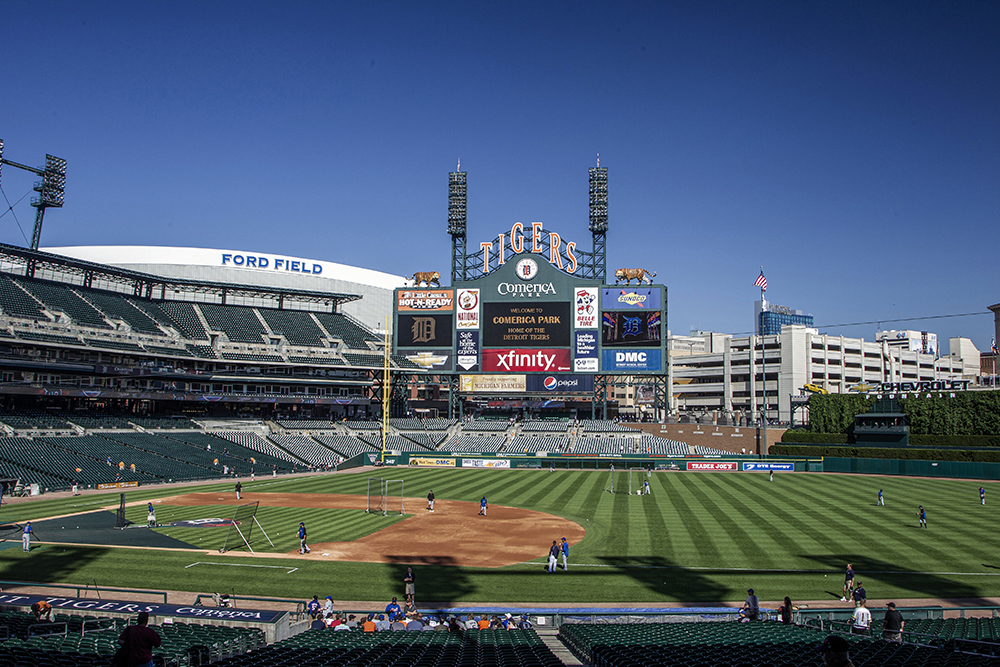 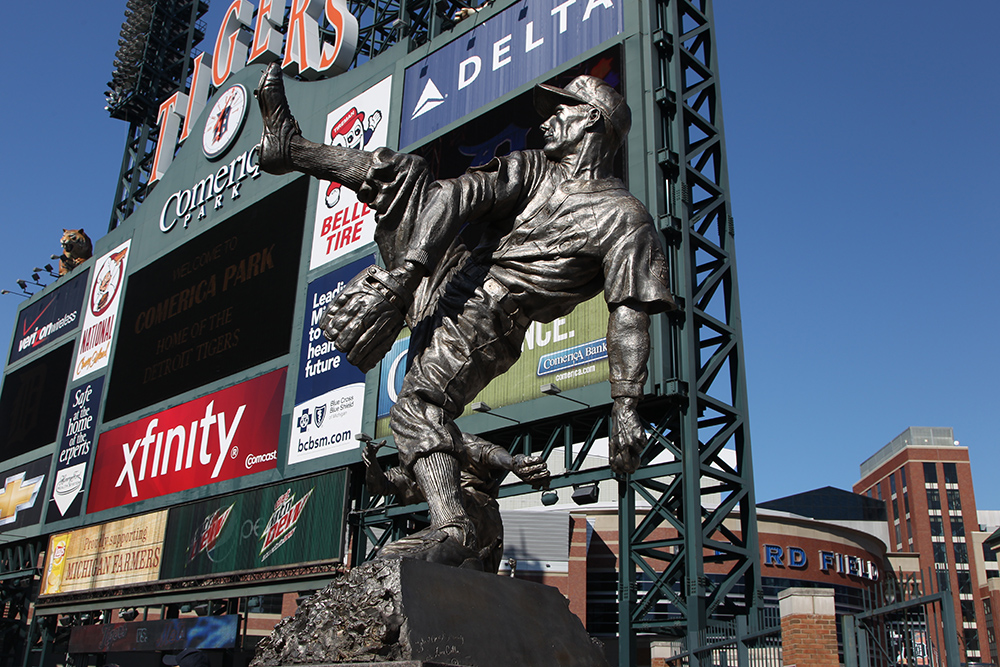 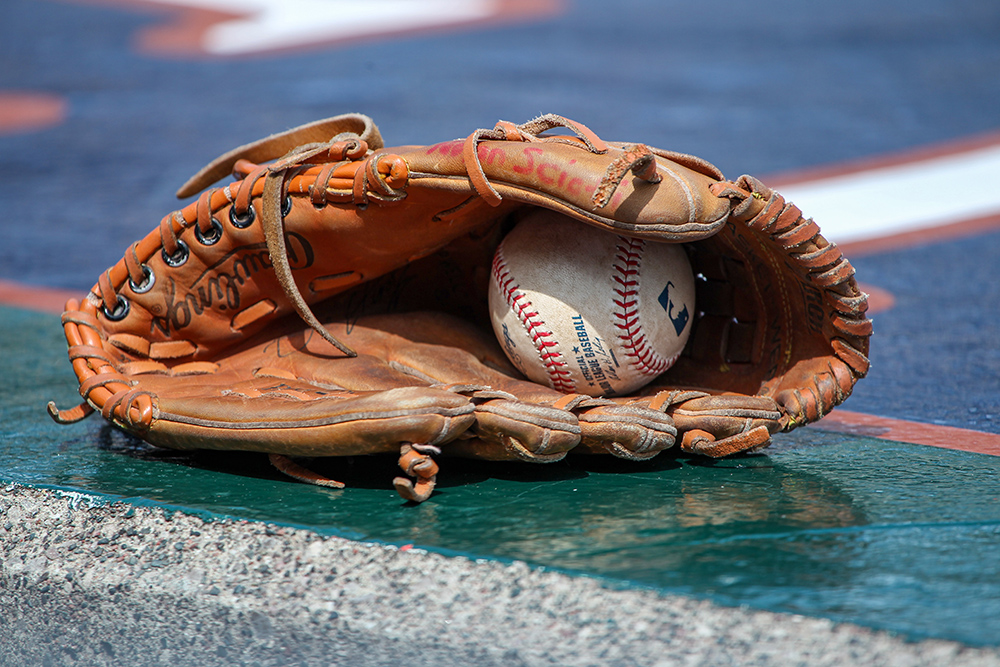 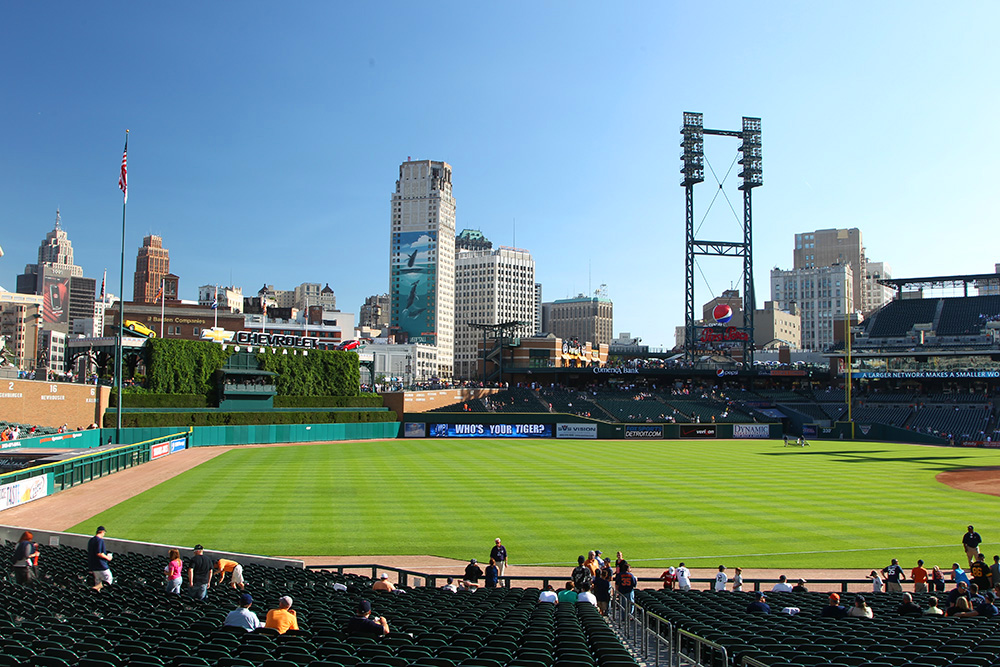 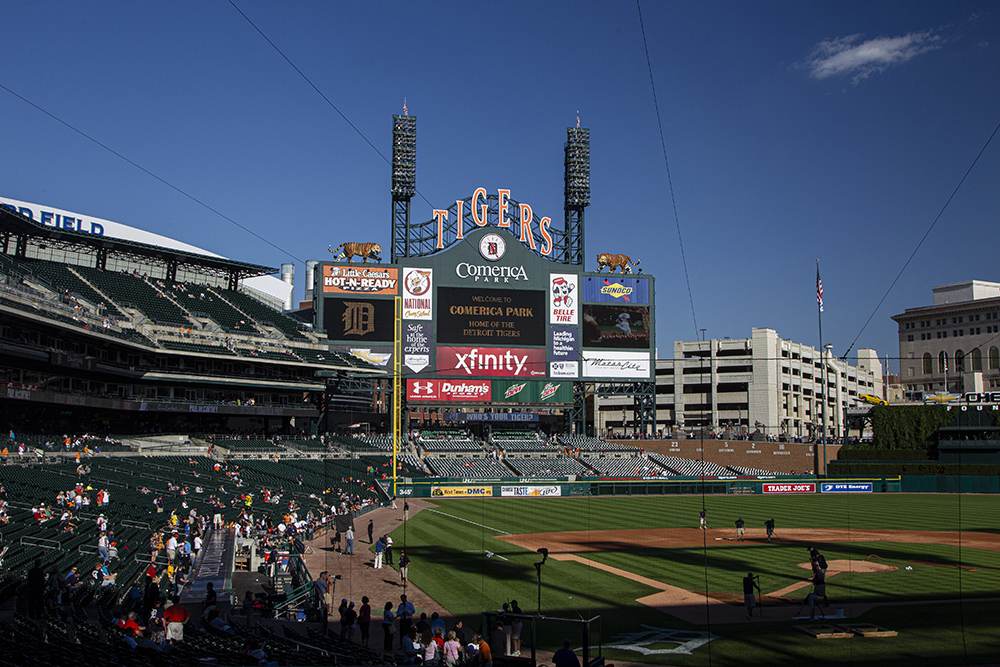 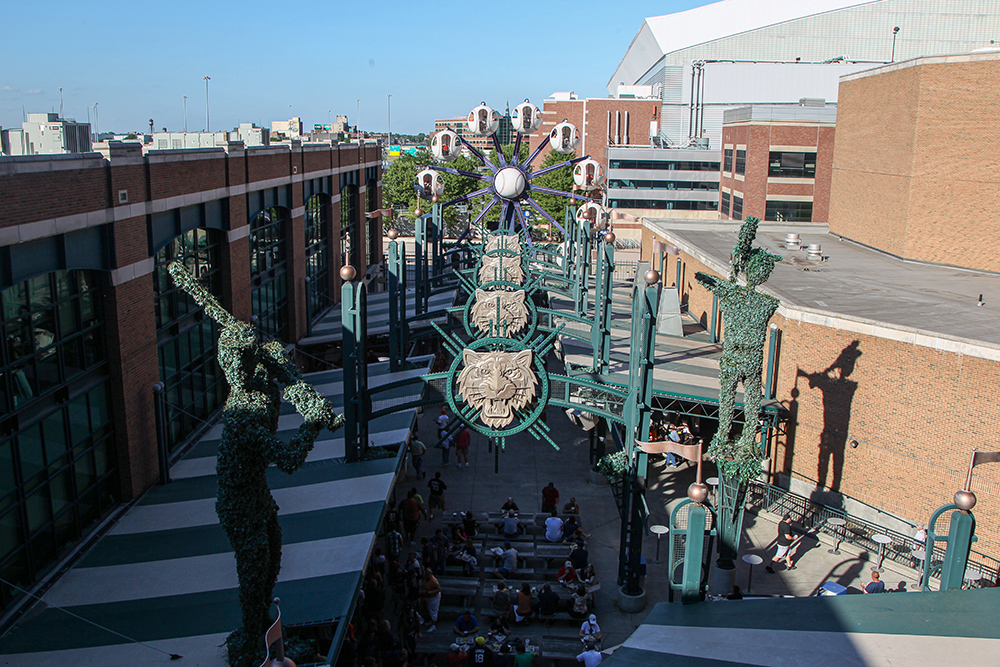 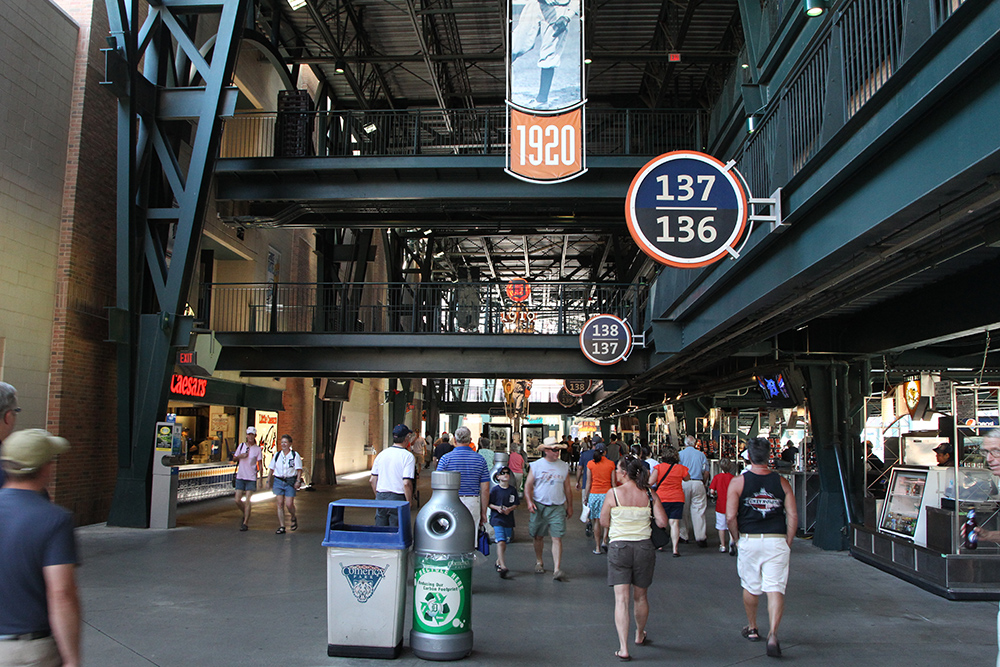 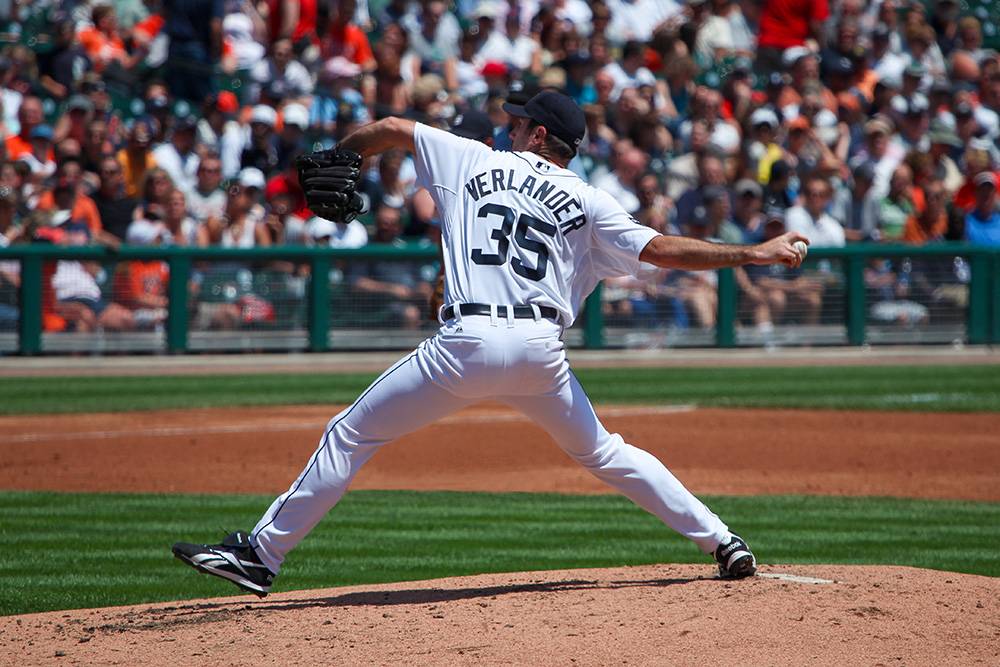 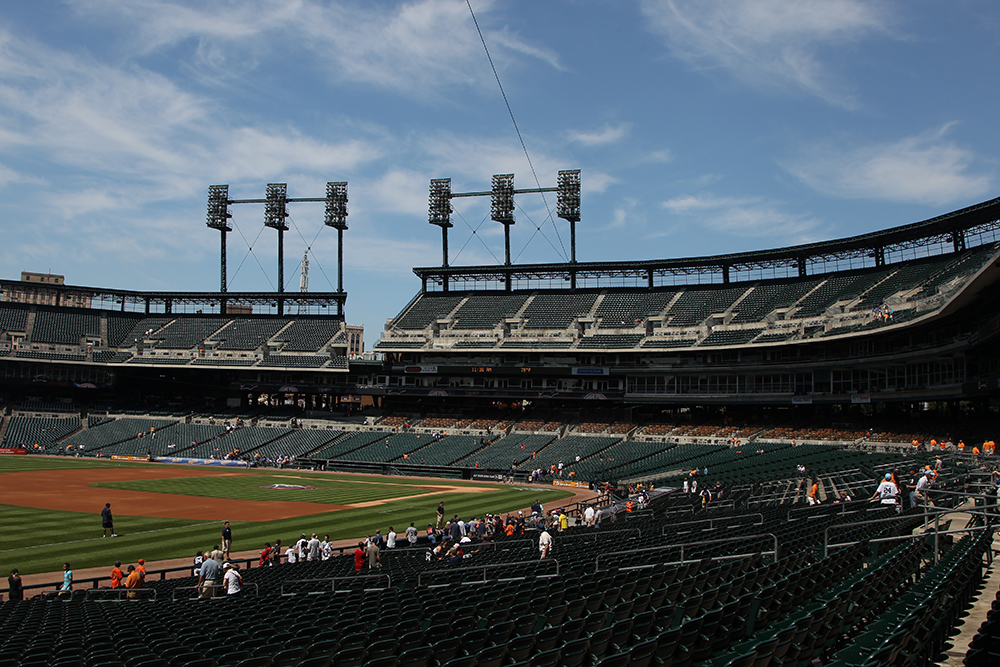 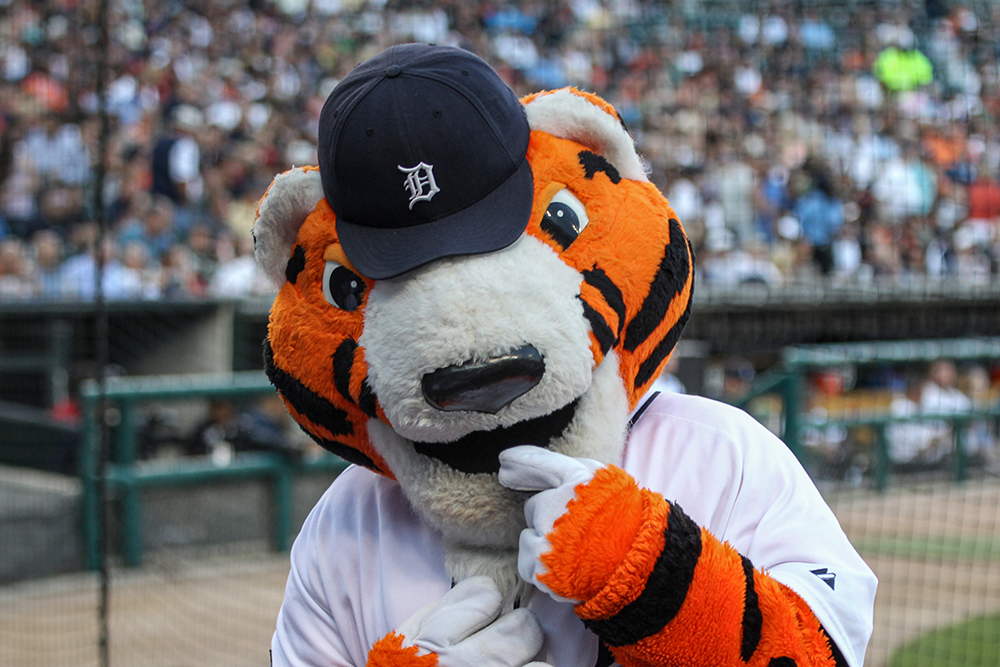 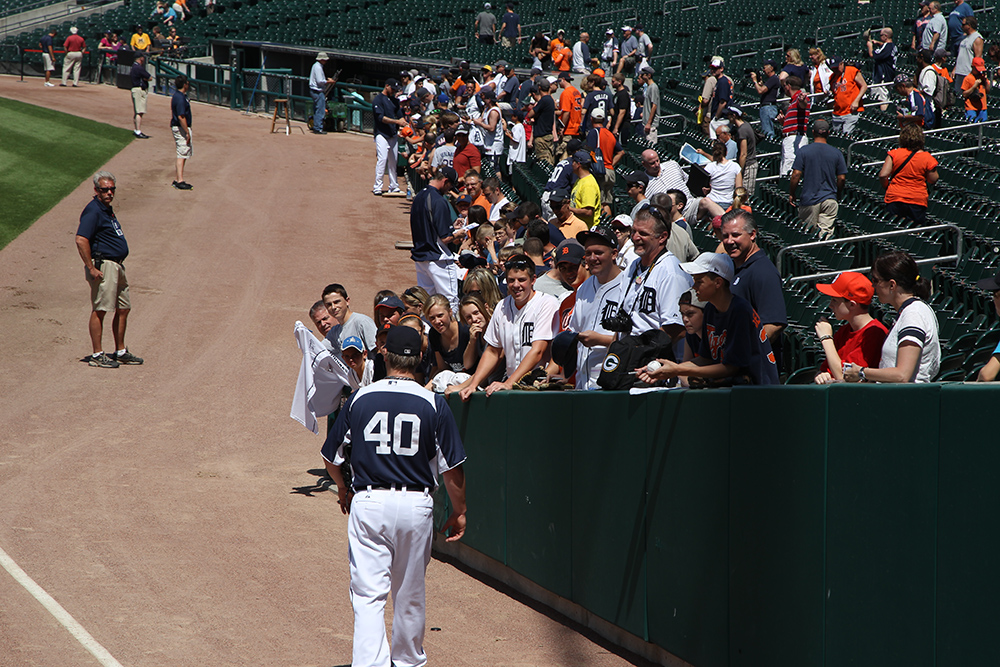 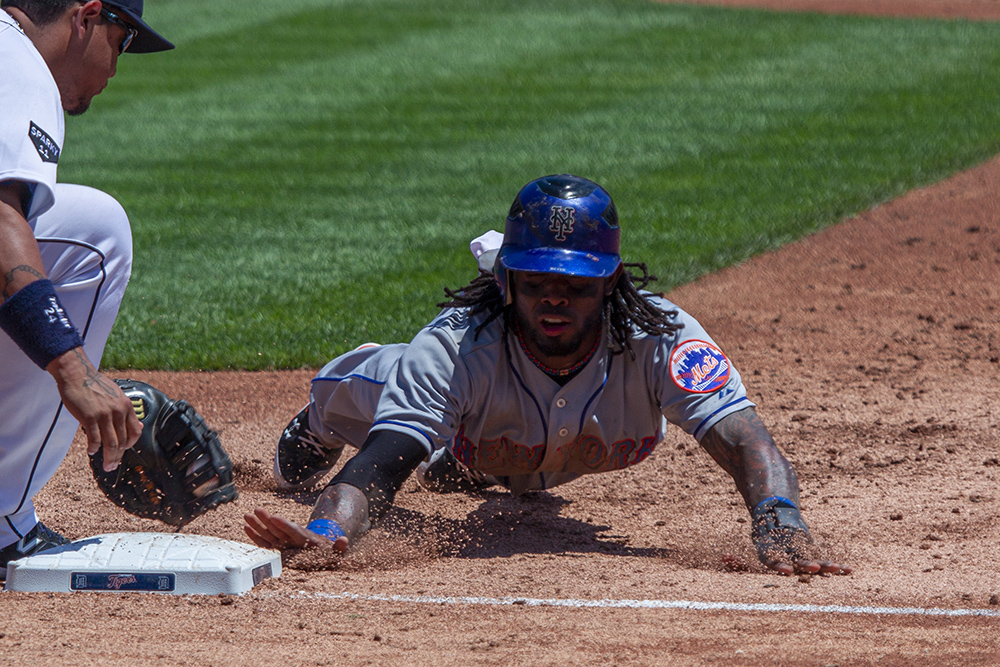 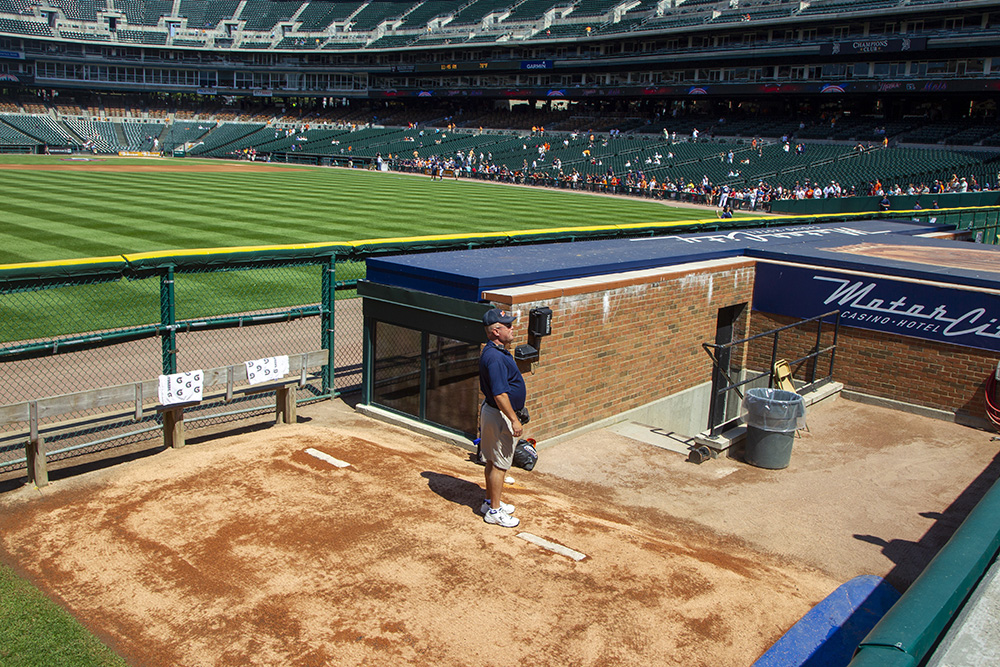 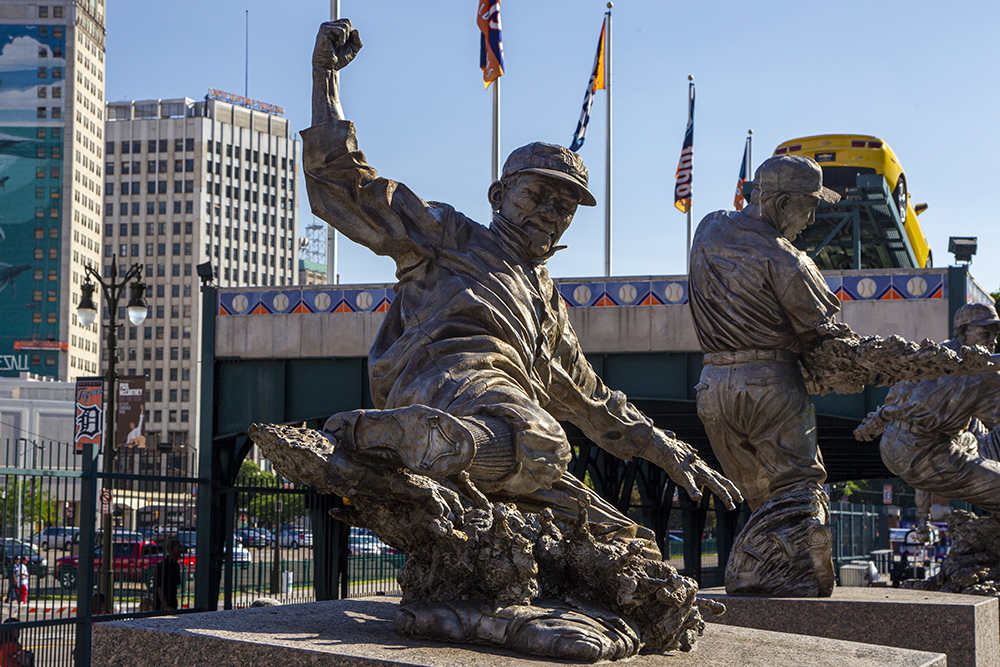 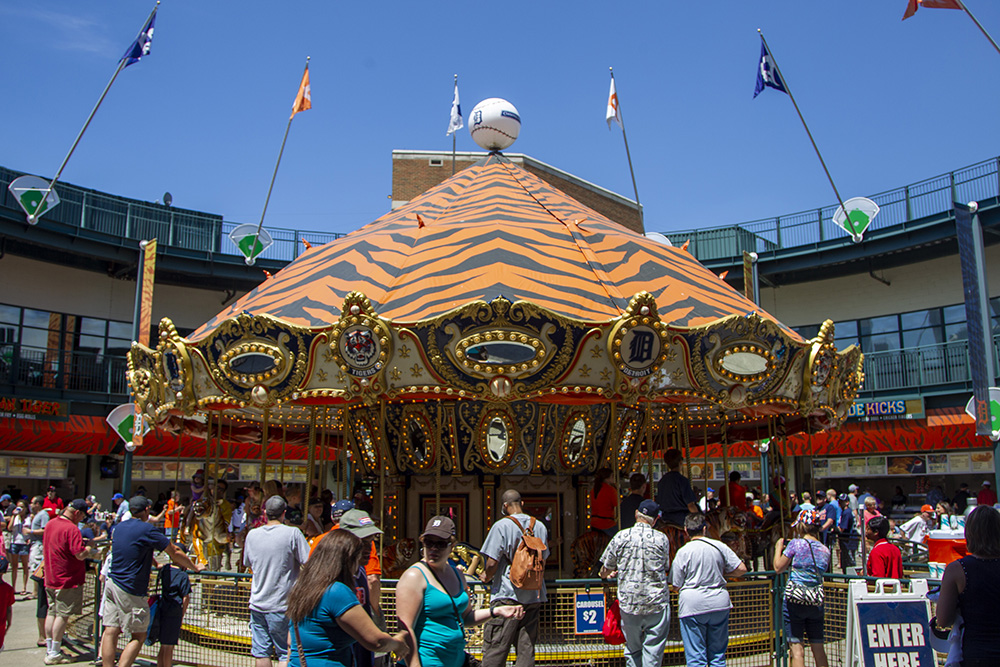 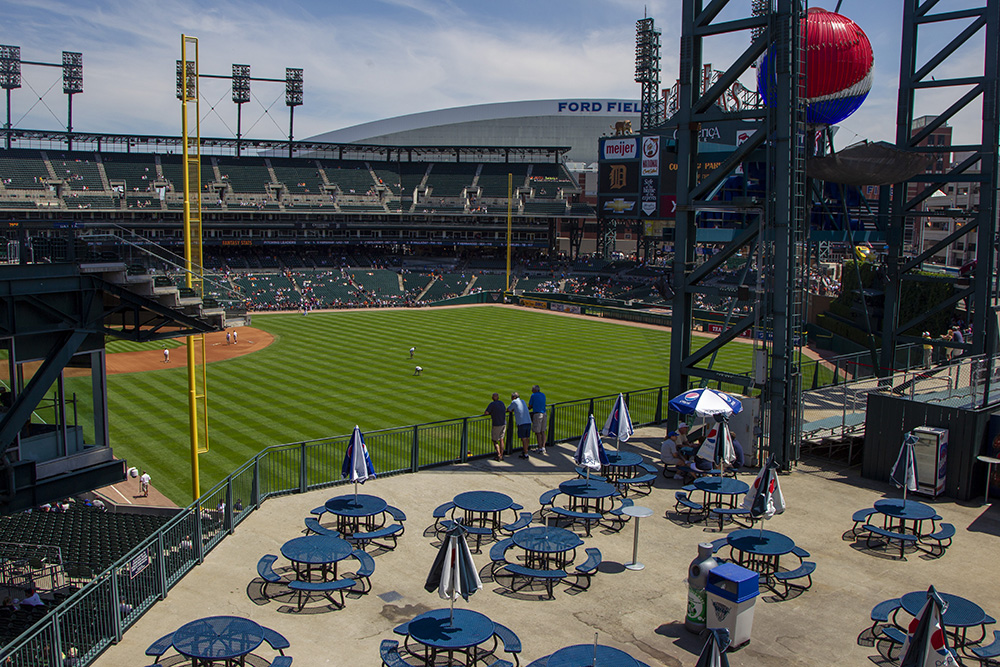 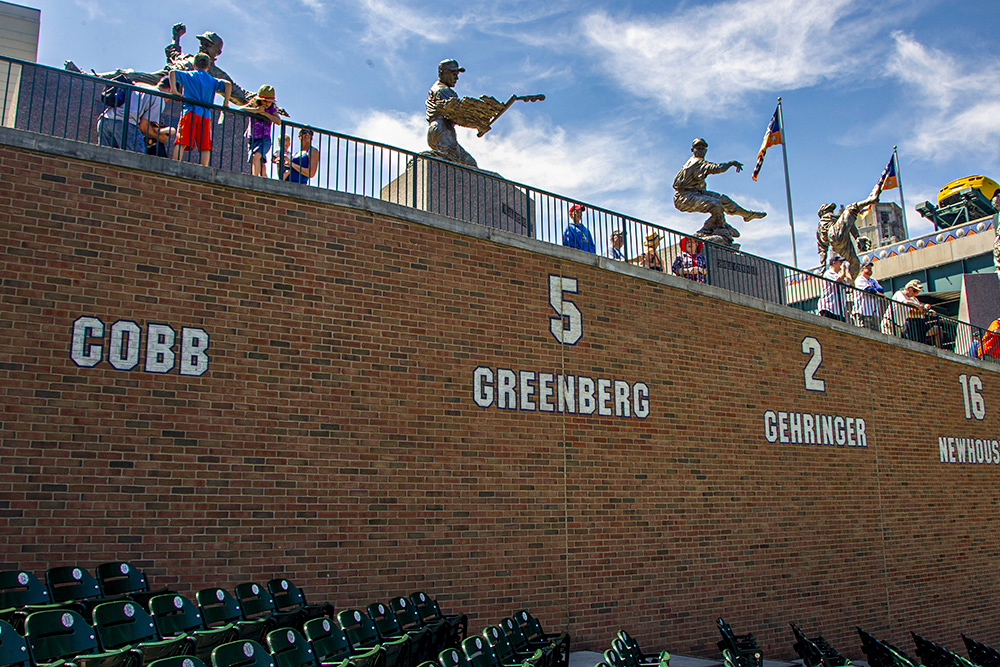 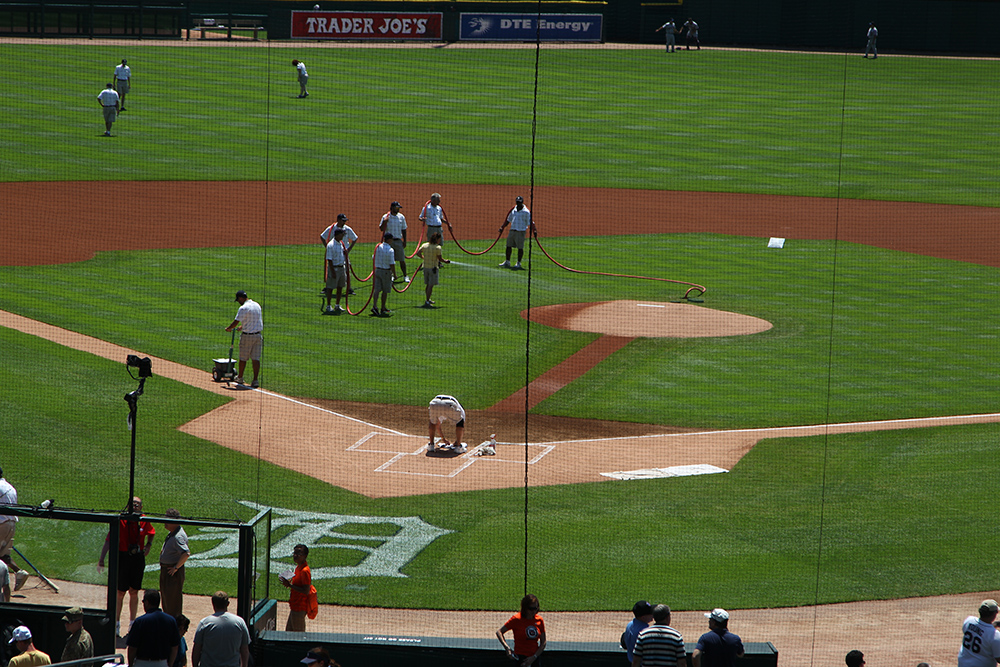 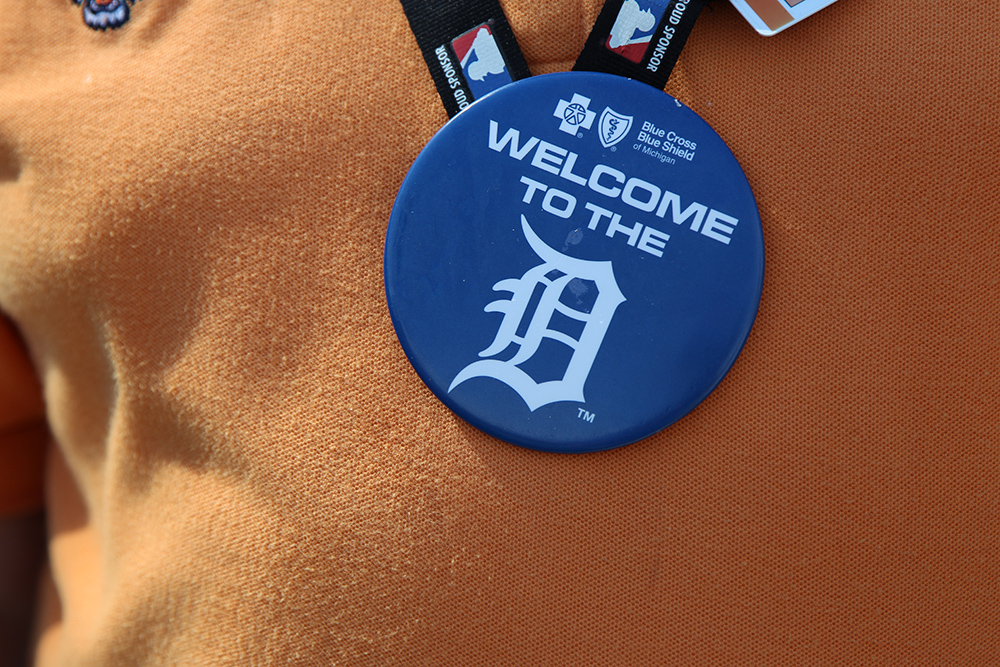 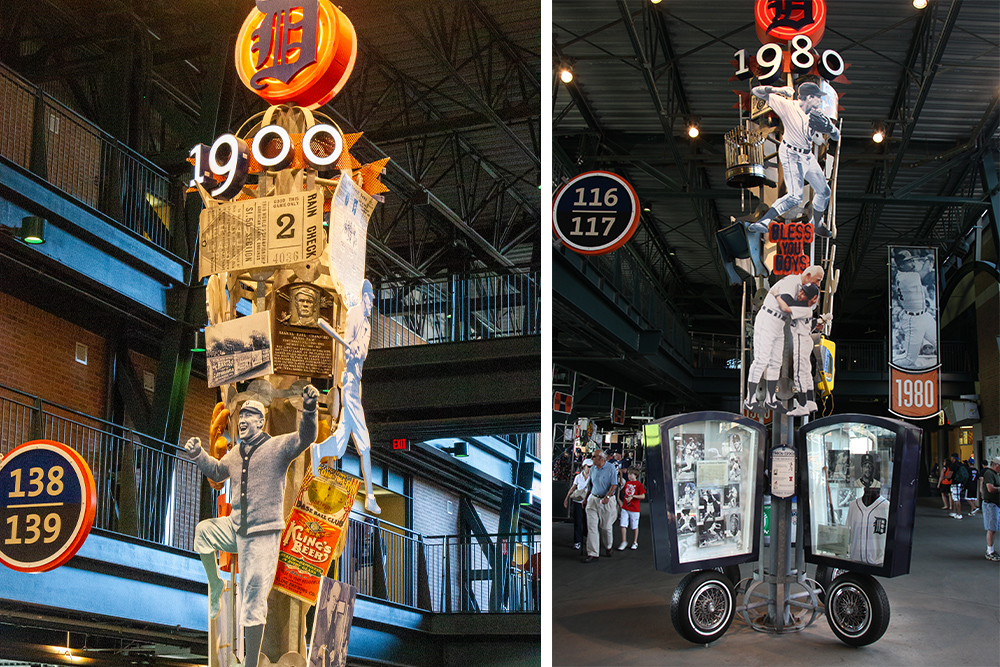 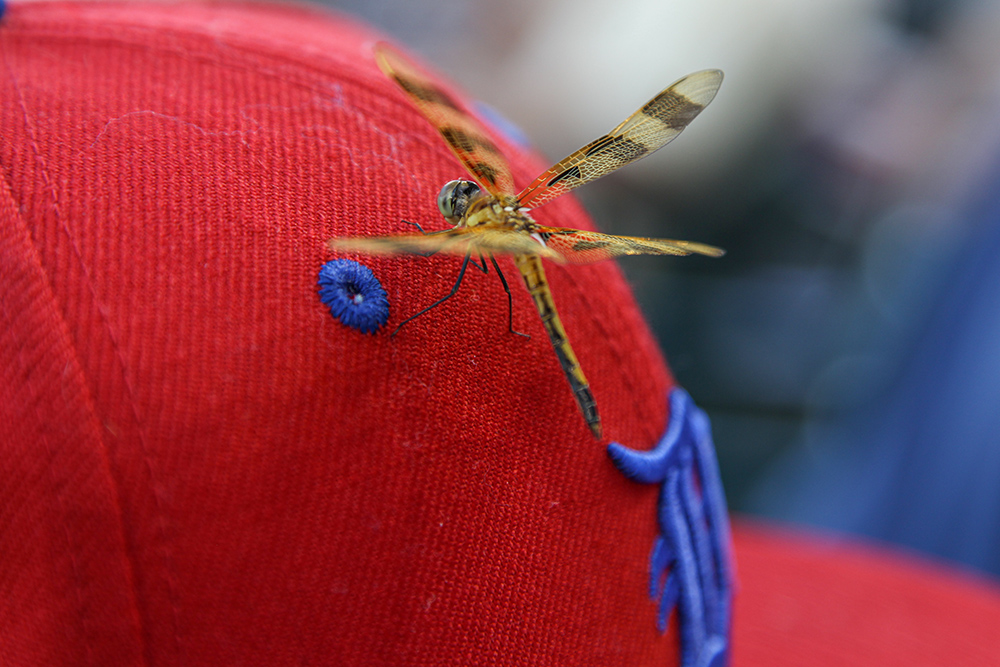 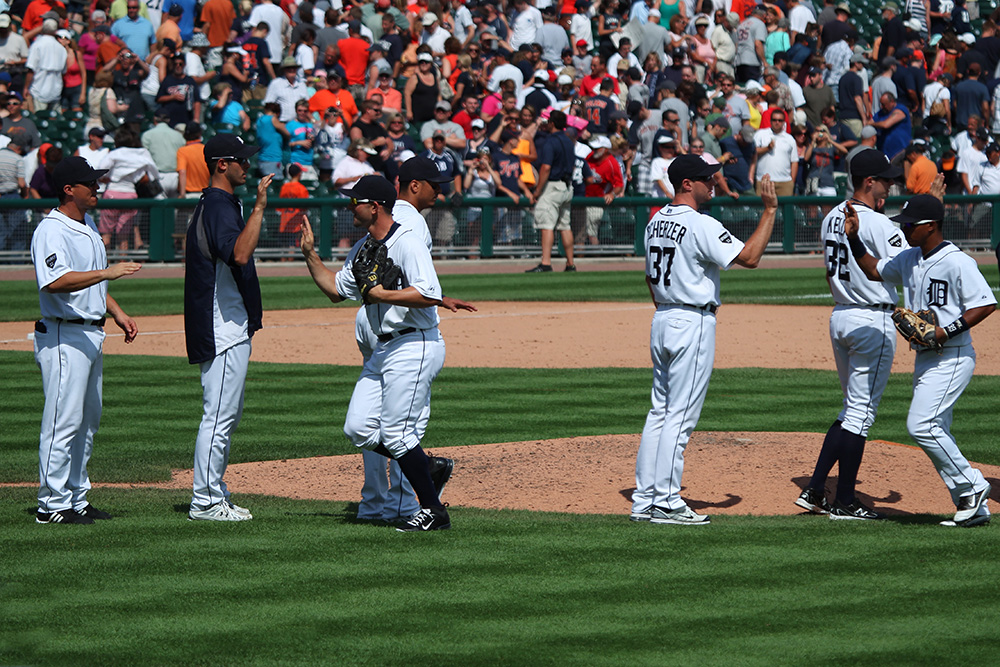 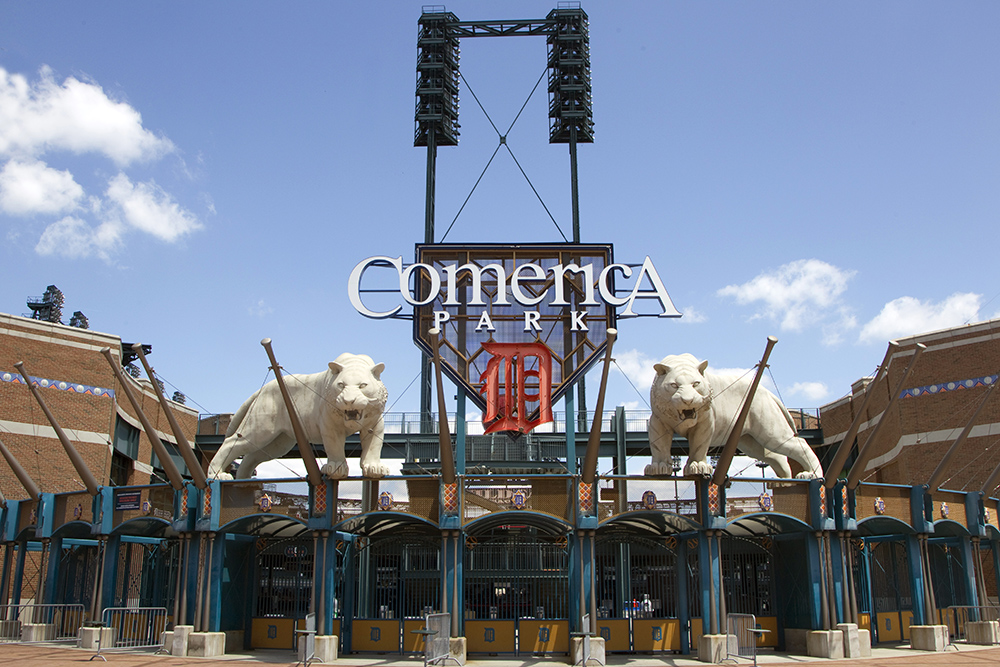 Ballpark: A - Great views of field and downtown Detroit from any seat. No tours available for visitors while the team is in town. Plenty of entertainment for all fans. Baseball ferris wheel for kids.

Fans & Atmosphere: B - Sat with fans over two games that were not the most knowledgeable baseball fans, felt embarrassed for them but very nice. A few Detroit residents said they only root for the Red Wings since the Lions and Tigers were awful. Lots of merchandise to purchase for collectors.

Food: B - Food choices include traditional ballpark fare as well as several restaurants that include Little Caesars, Big Cat Court, the Brushfire Grill and the Labatt Blue Light Grill.

Mascot: B - Paws, he's cute but not that exciting. He could have been having an off-day. Seen one day and was not around the next to pose for photos.

Staff: A - Friendly staff, several members came over and asked if I was visiting from out of town. Loved seeing retired people working at the park as fan friendly ambassadors dressed in older Tiger uniforms.

Team Tradition: A - Beautiful monuments and names and numbers of former stars fill outfield. No Hall of Fame like some other parks but a great walk of fame displaying teams history adding a touch of Detroit auto industry with photos and art.

Location: A - Downtown Detroit. It's safe walking with a group at night, but don't go past the expressway a block away. Nice place to stay is Greektown.