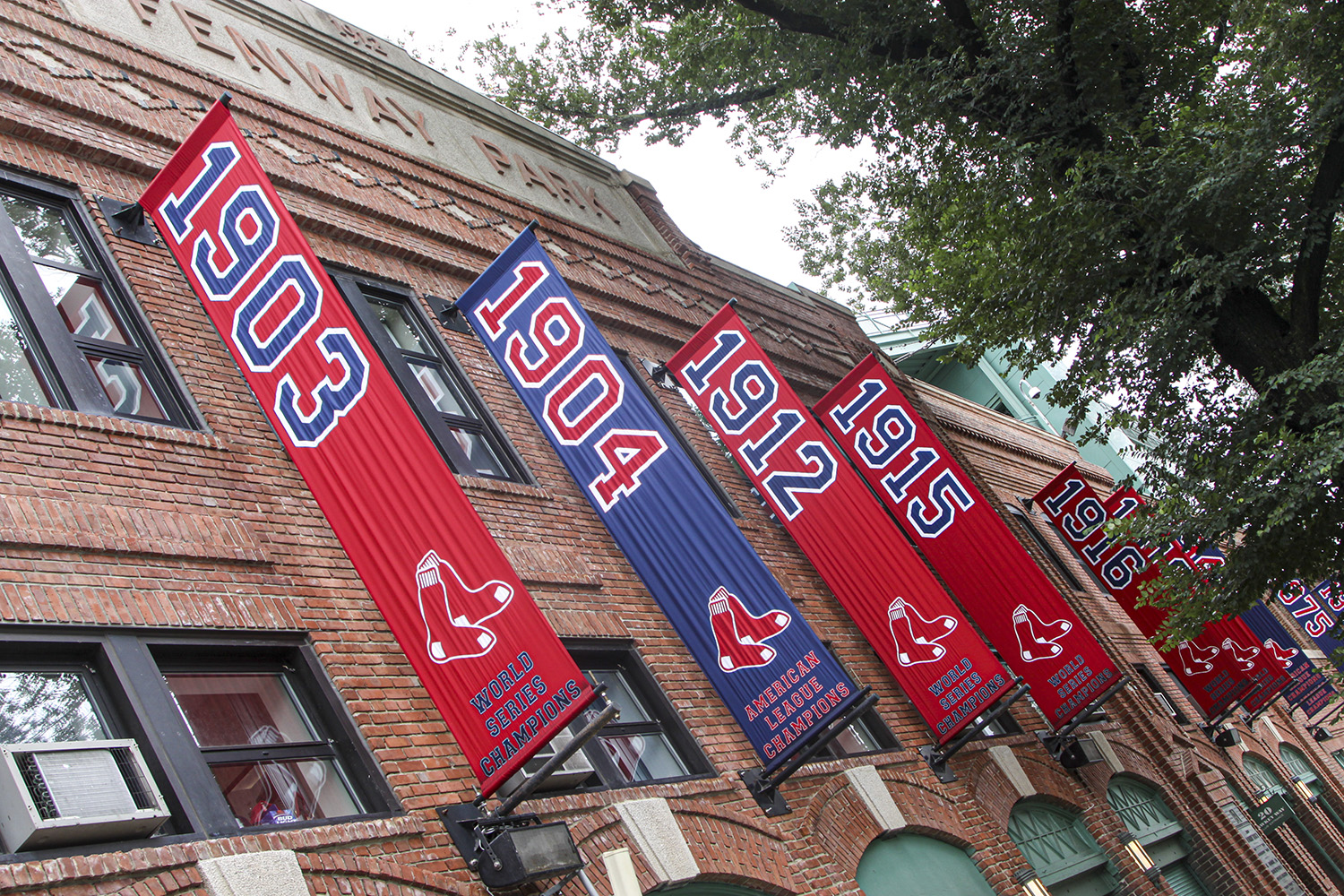 Yawkey Way outside of Fenway Park in Boston with World Championship banners collected over the years. (Photo: Gordon Donovan)

The Red Sox moved to Fenway Park from the old Huntington Avenue Baseball Grounds. In 1911, owner John I. Taylor purchased the land bordered by Brookline Avenue, Jersey Street, Van Ness Street and Lansdowne Street and developed it into a larger baseball stadium.

Taylor claimed the name Fenway Park came from its location in the Fenway neighborhood of Boston, which was partially created late in the nineteenth century by filling in marshland or "fens", to create the Back Bay Fens urban park.

However, given that Taylor's family also owned the Fenway Realty Company, the promotional value of the naming at the time has been cited as well. Like many classic ballparks,

Fenway Park was constructed on an asymmetrical block, with consequent asymmetry in its field dimensions.

The first game was played April 20, 1912, with mayor John F. Fitzgerald threw out the first pitch and Boston defeated the New York Highlanders (renamed the Yankees the next year), 7-6 in 11 innings.

Attendance at the park has not always been great, and reached its low point late in the 1965 season with two games having paid attendance under 500 spectators. Its fortunes have risen since the Red Sox' 1967 "Impossible Dream" season.

Former pitcher Bill Lee has called Fenway Park "a shrine". Today, the park is considered to be one of the most well-known sports venues in the world. 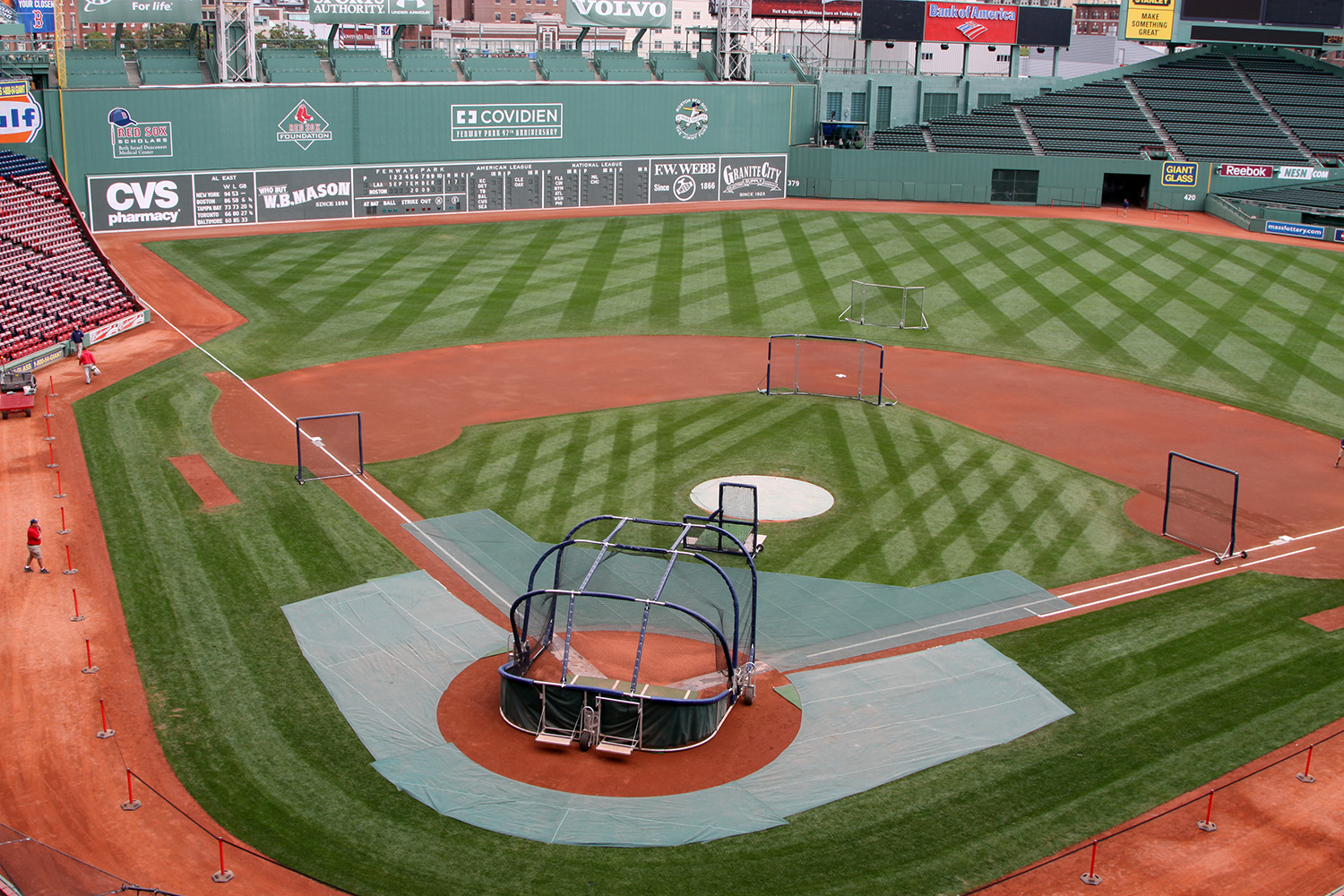 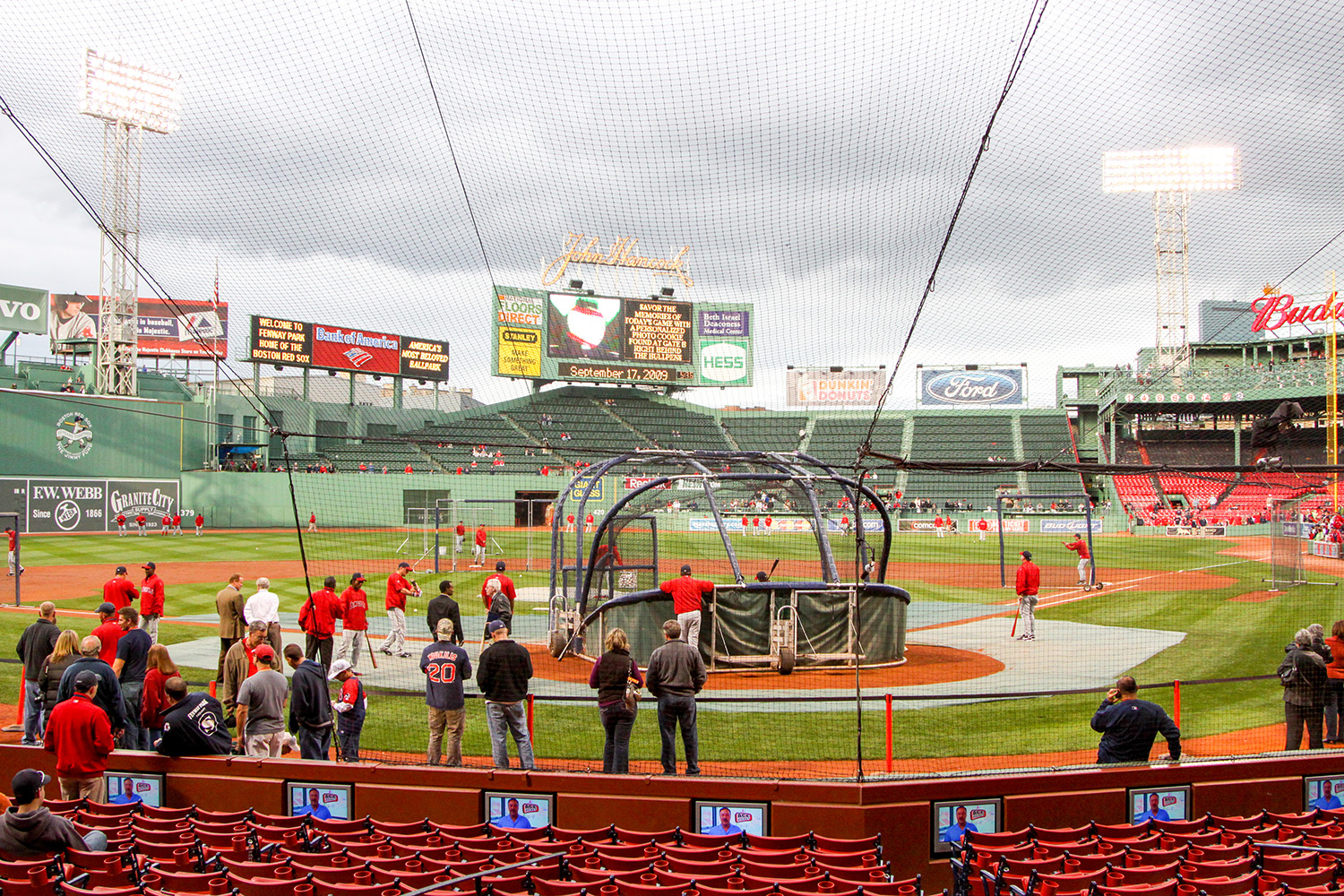 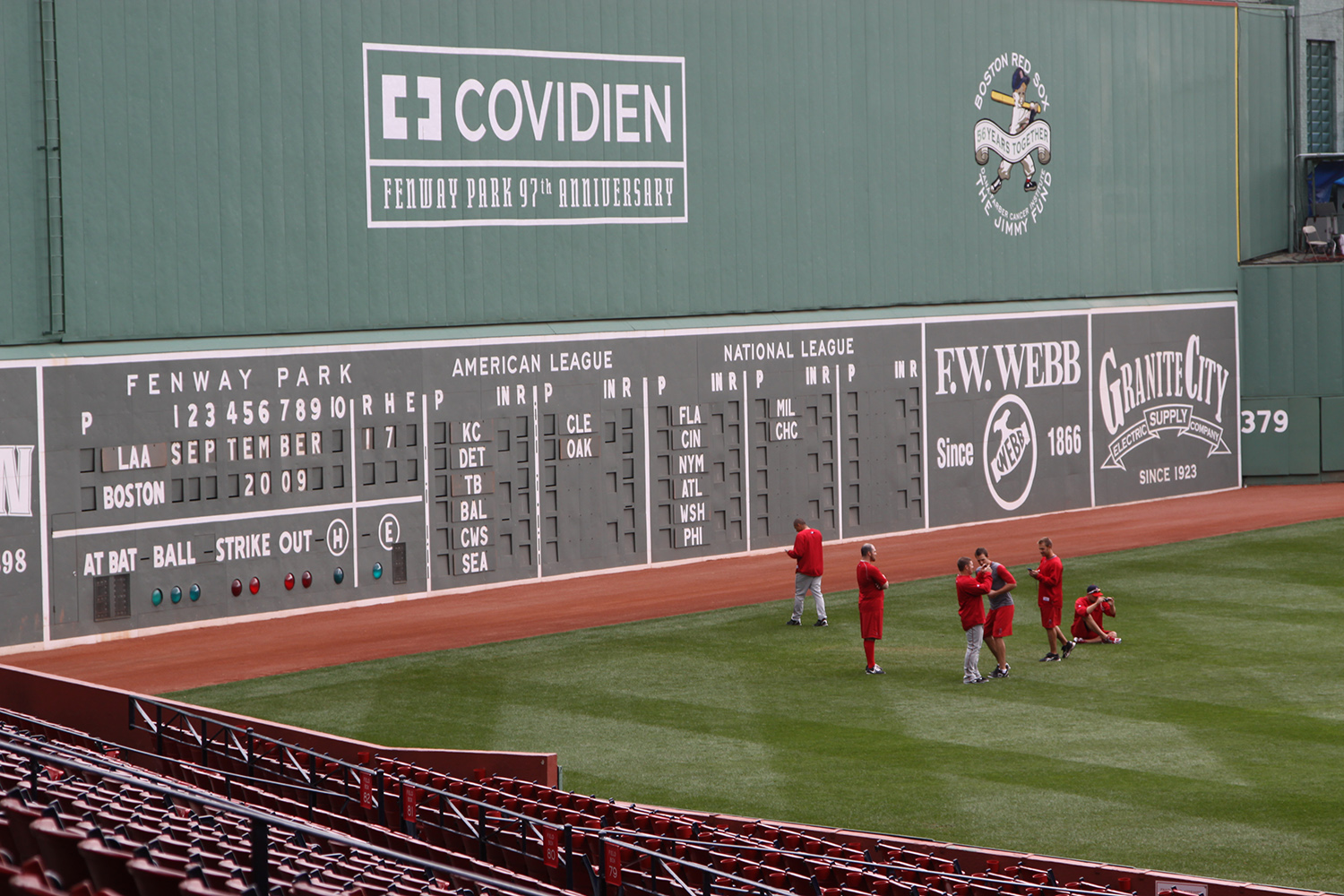 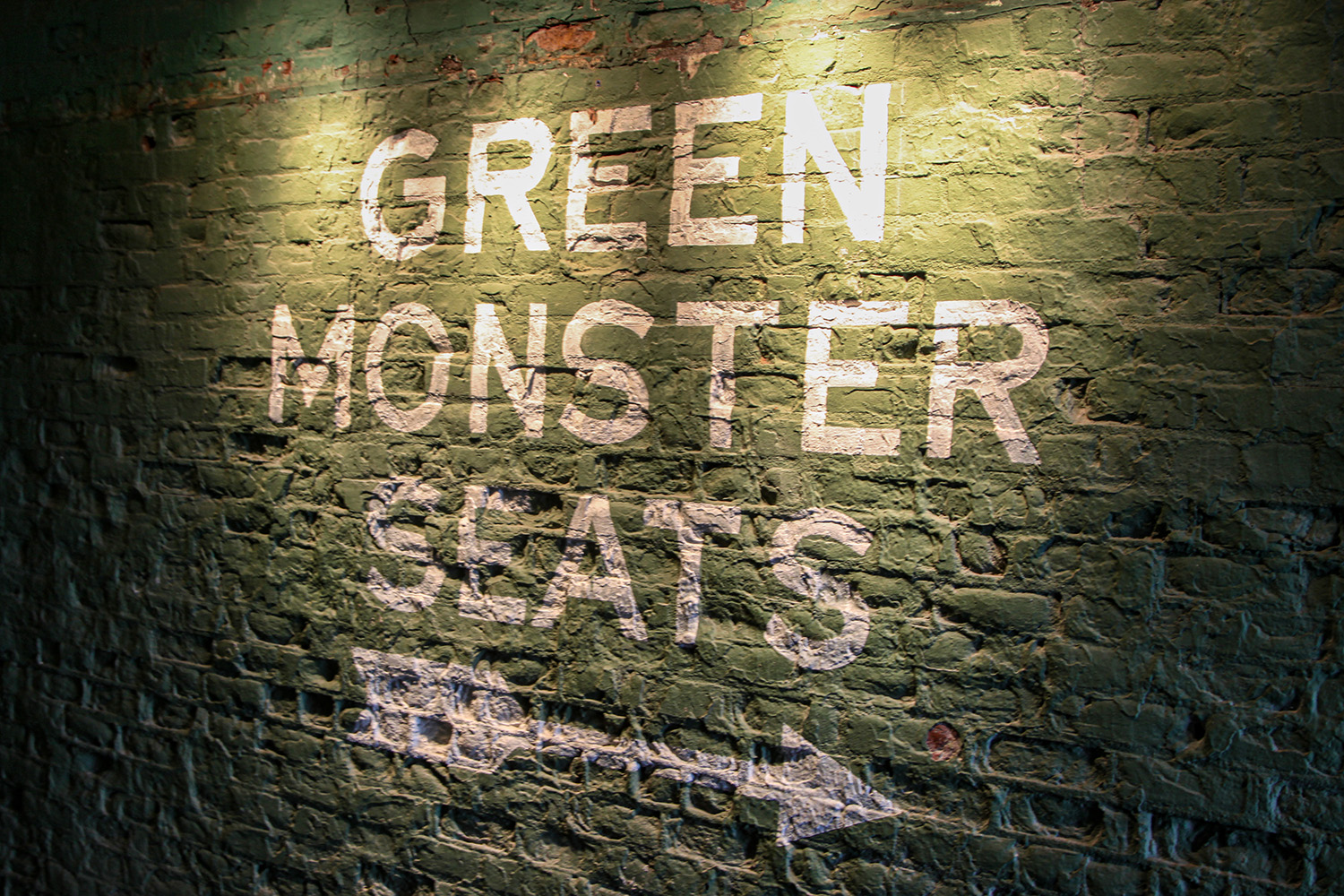 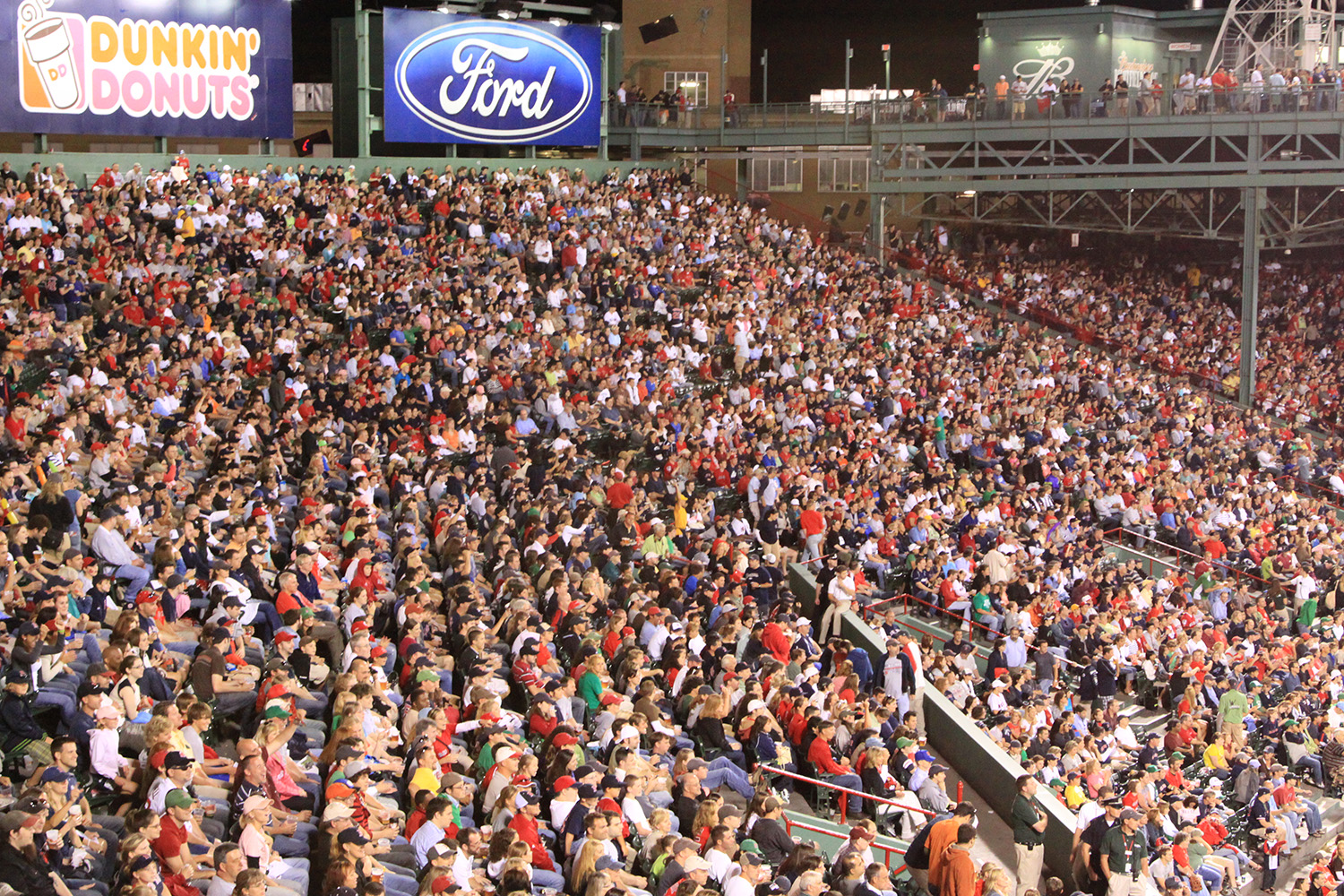 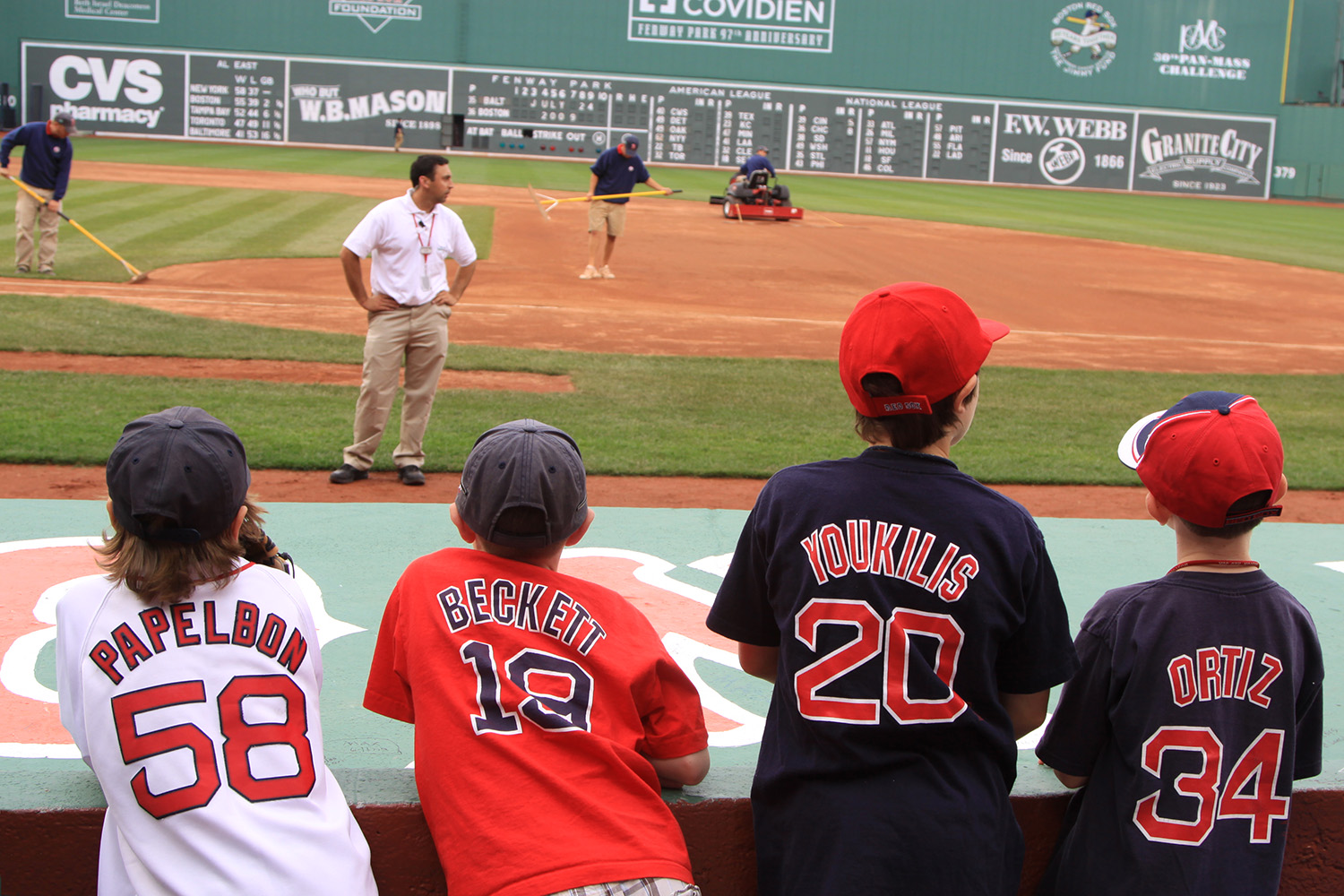 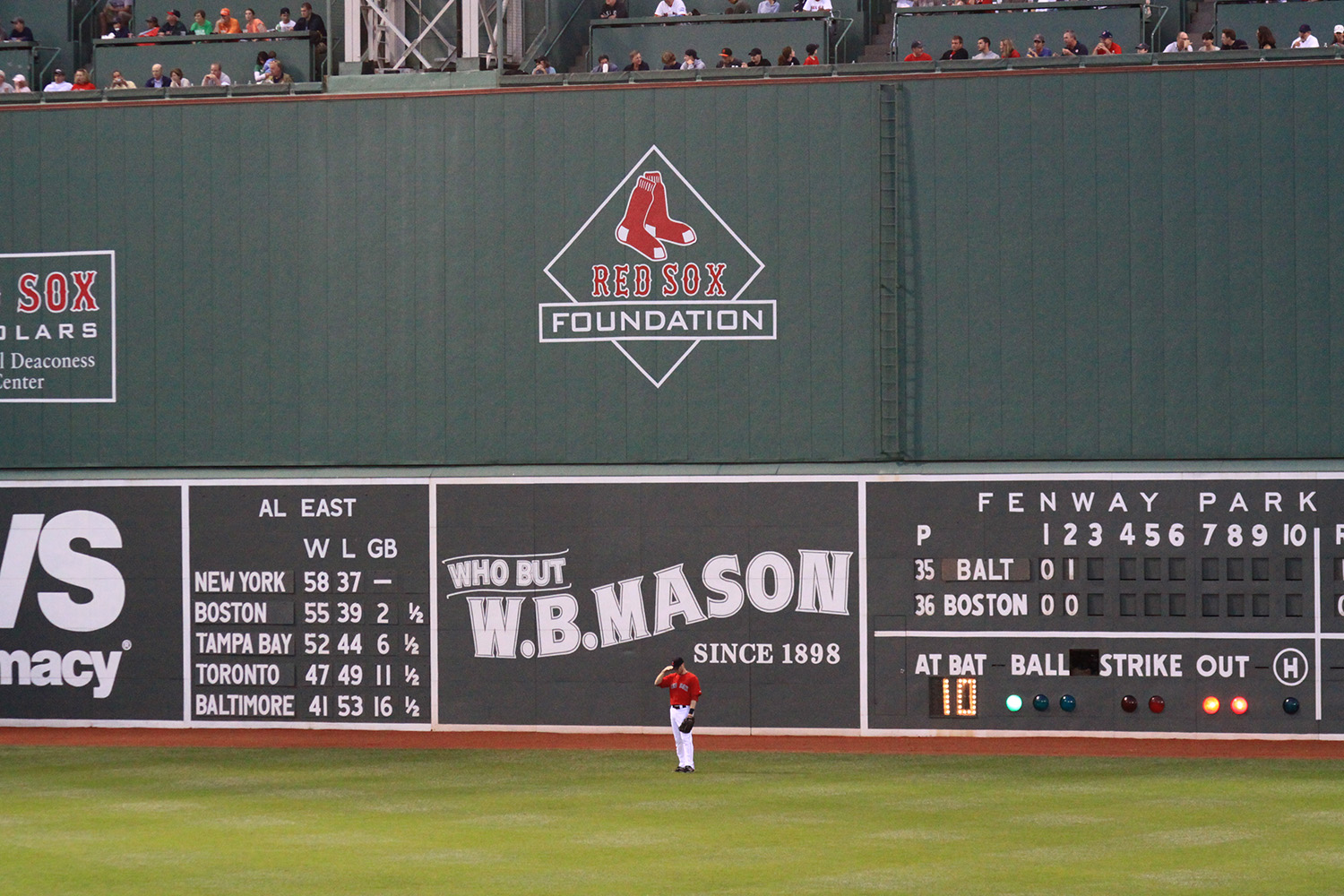 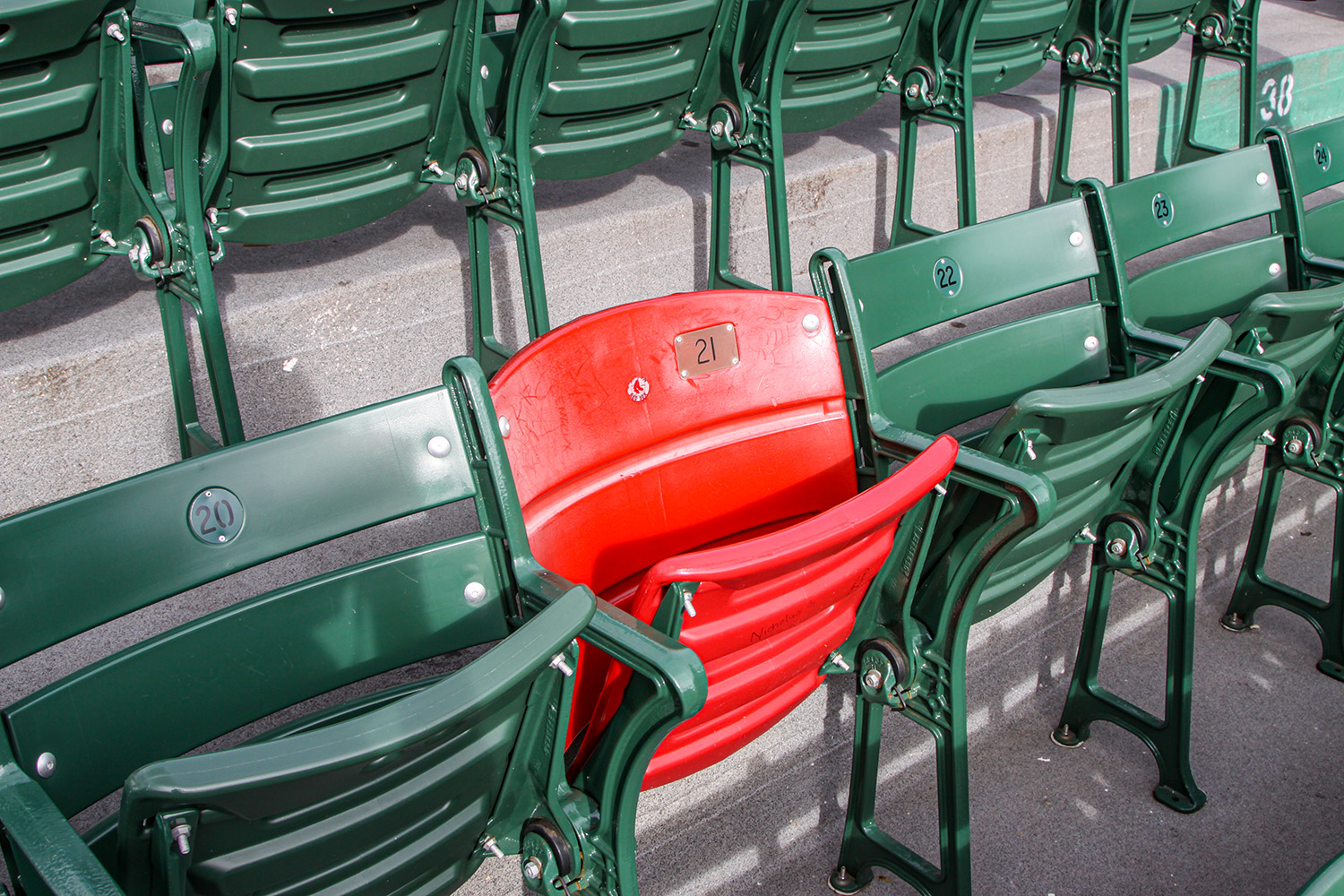 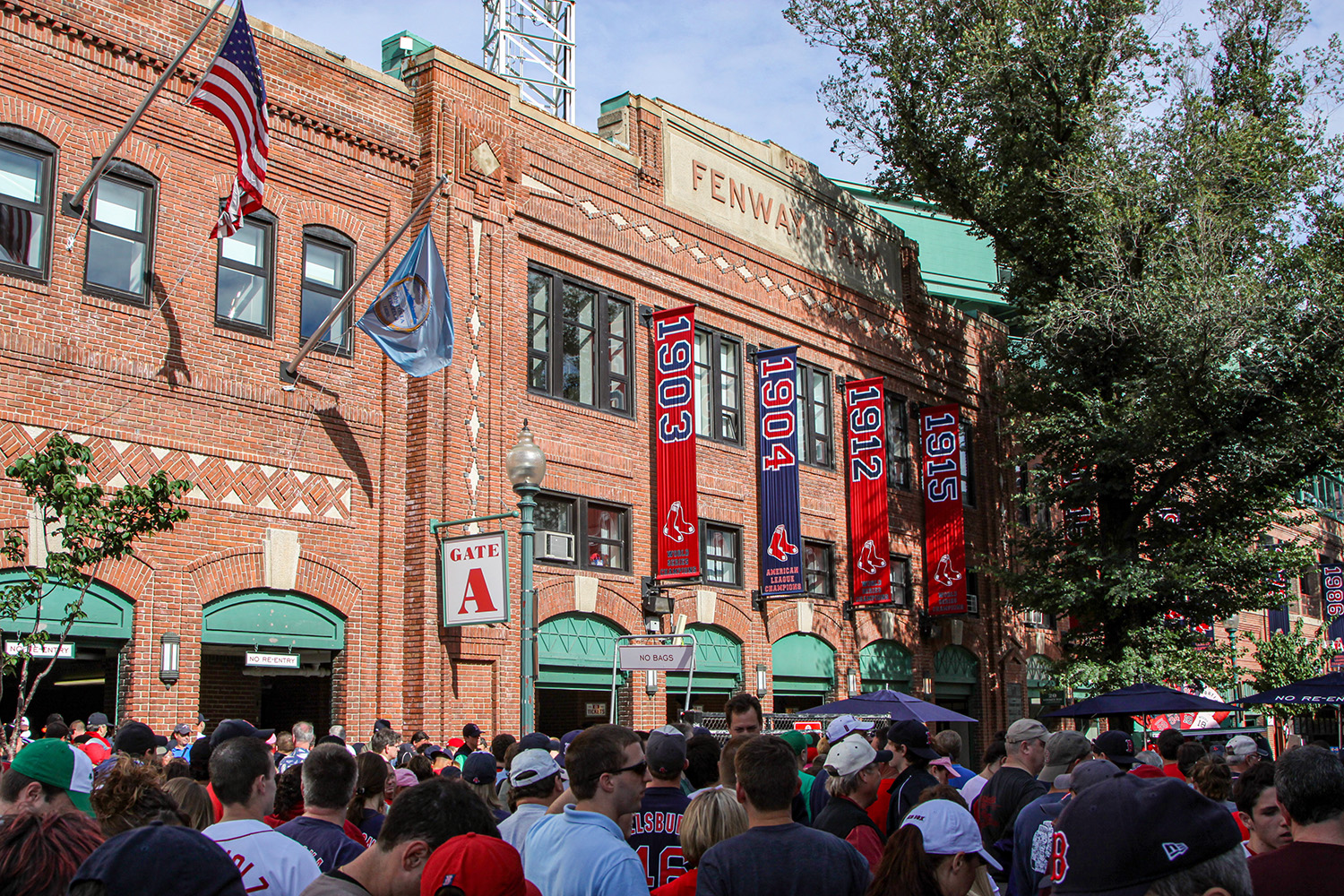 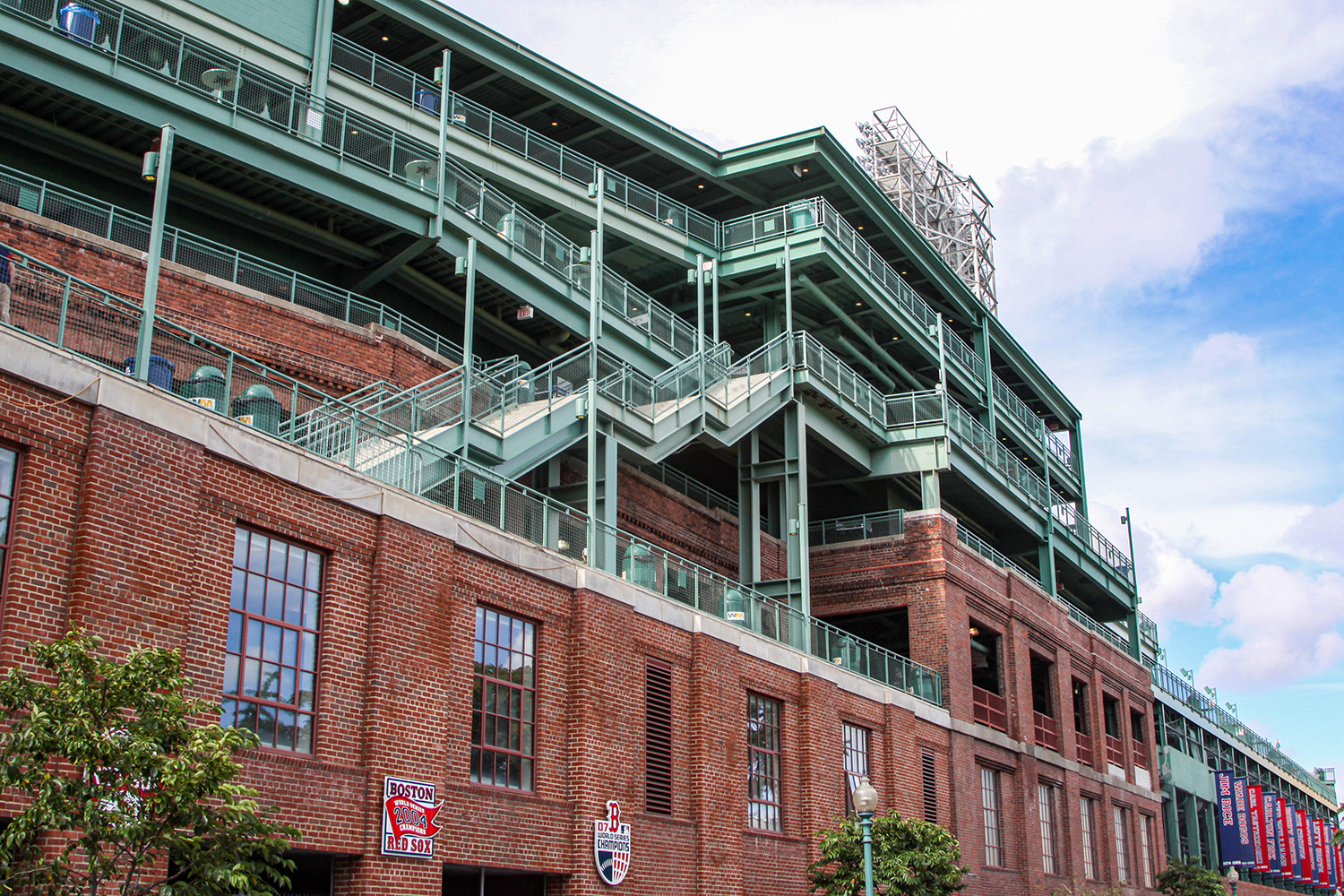 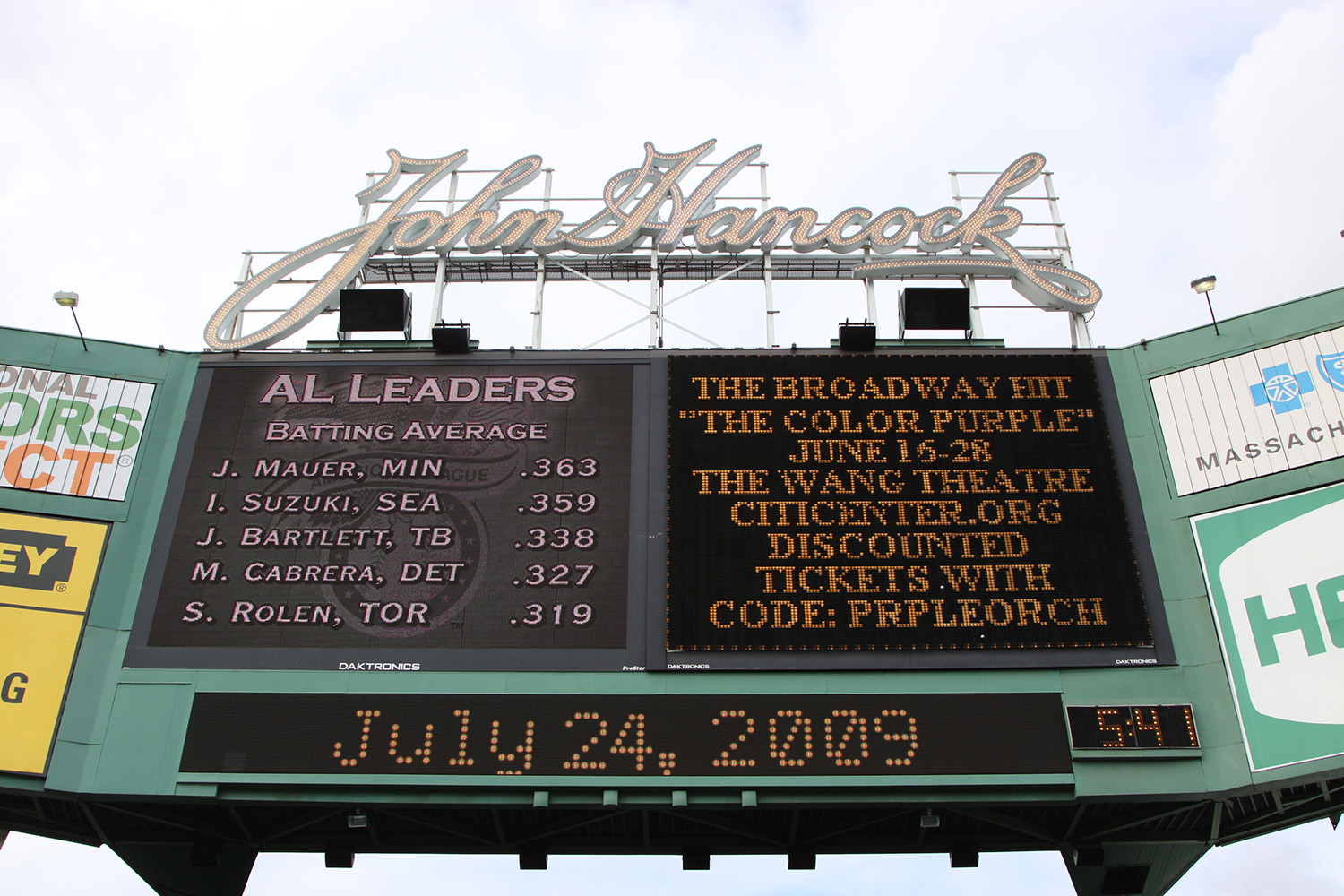 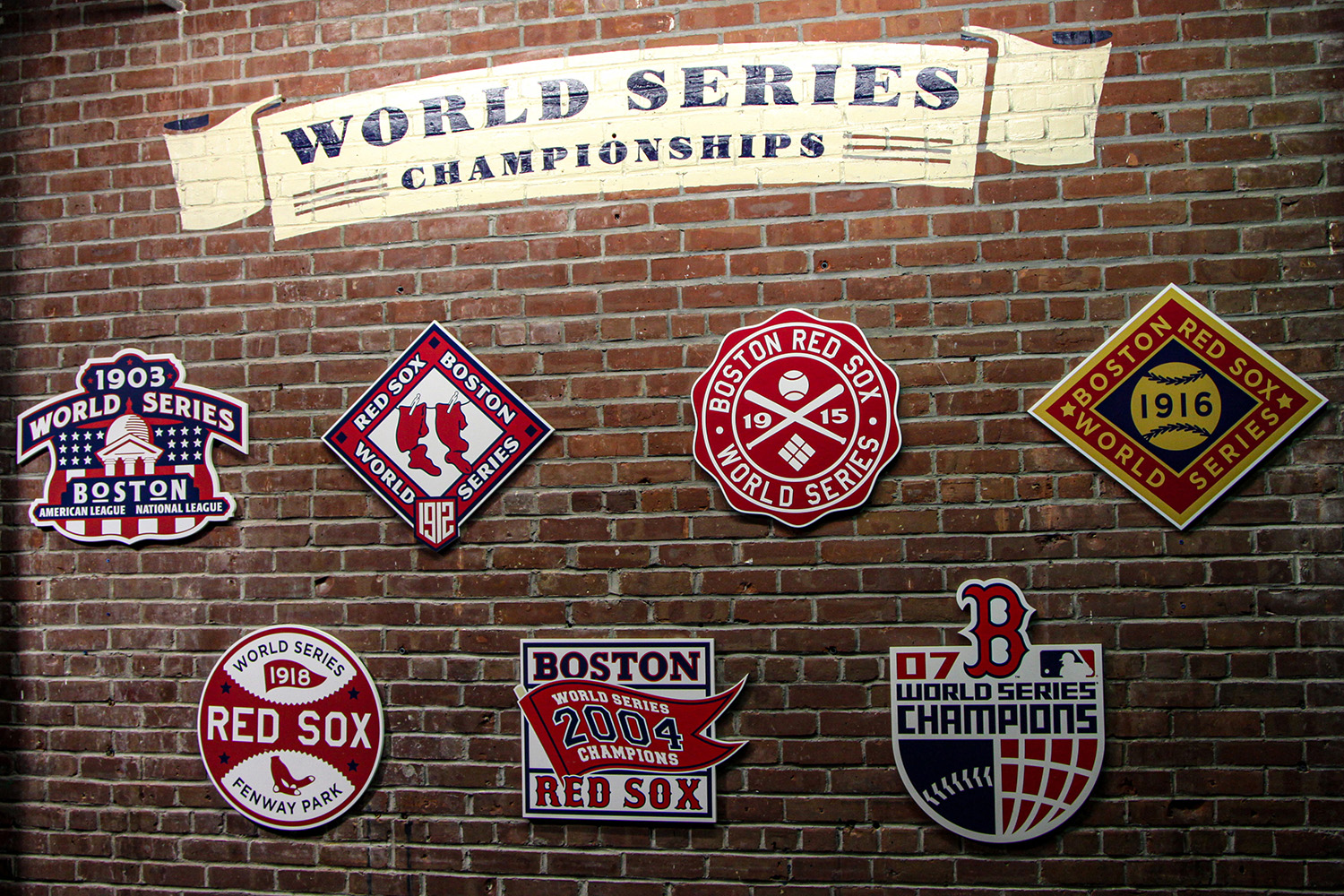 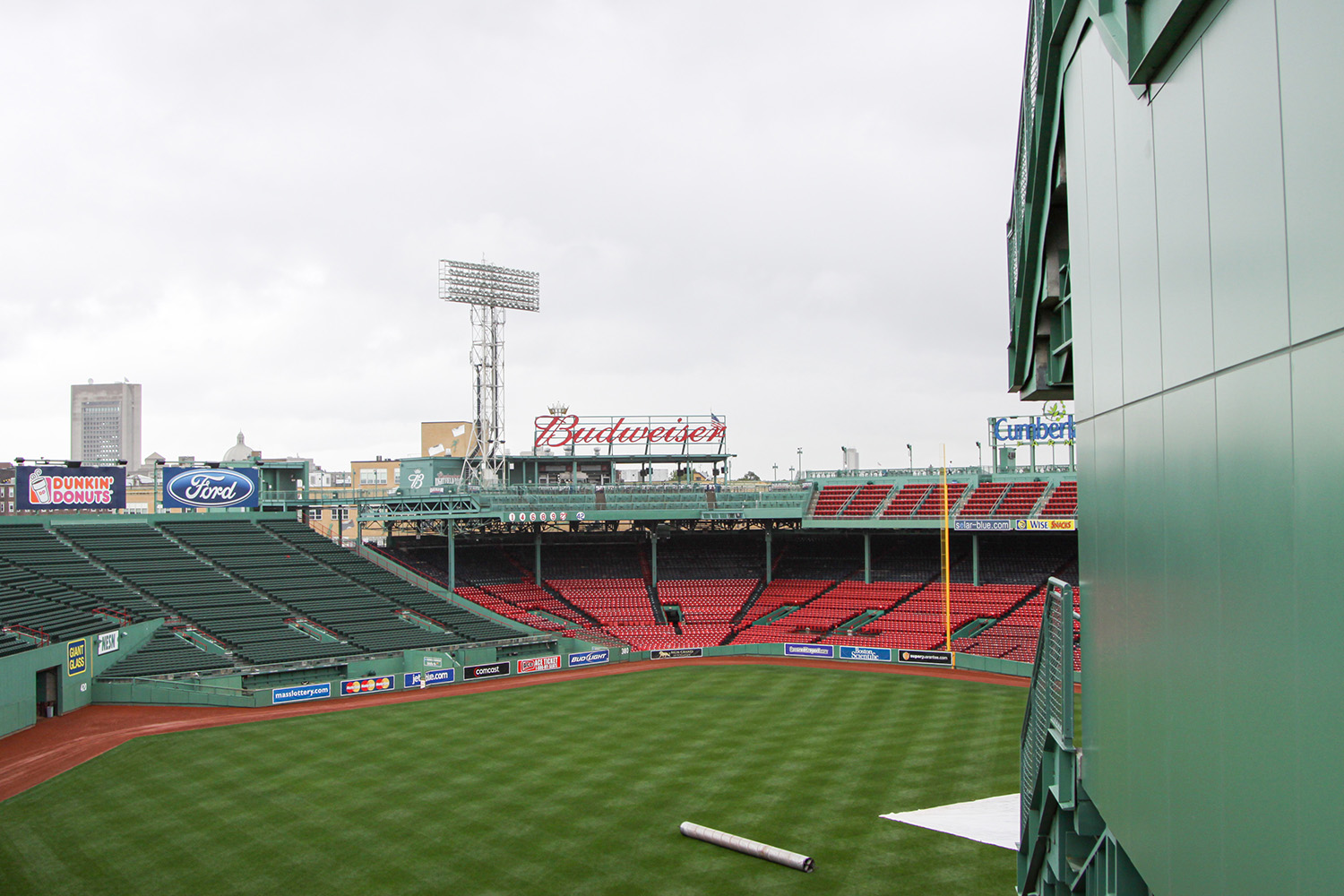 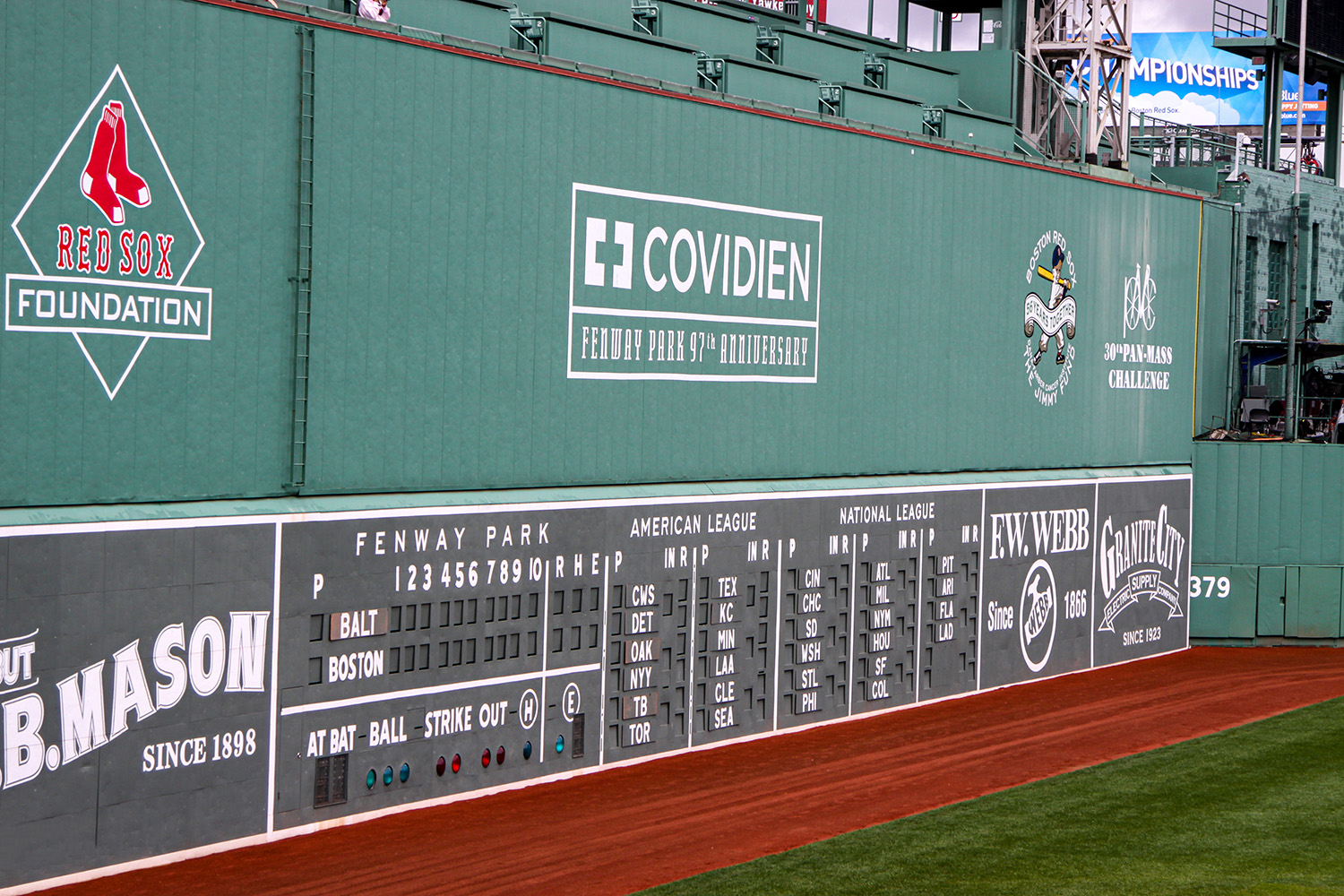 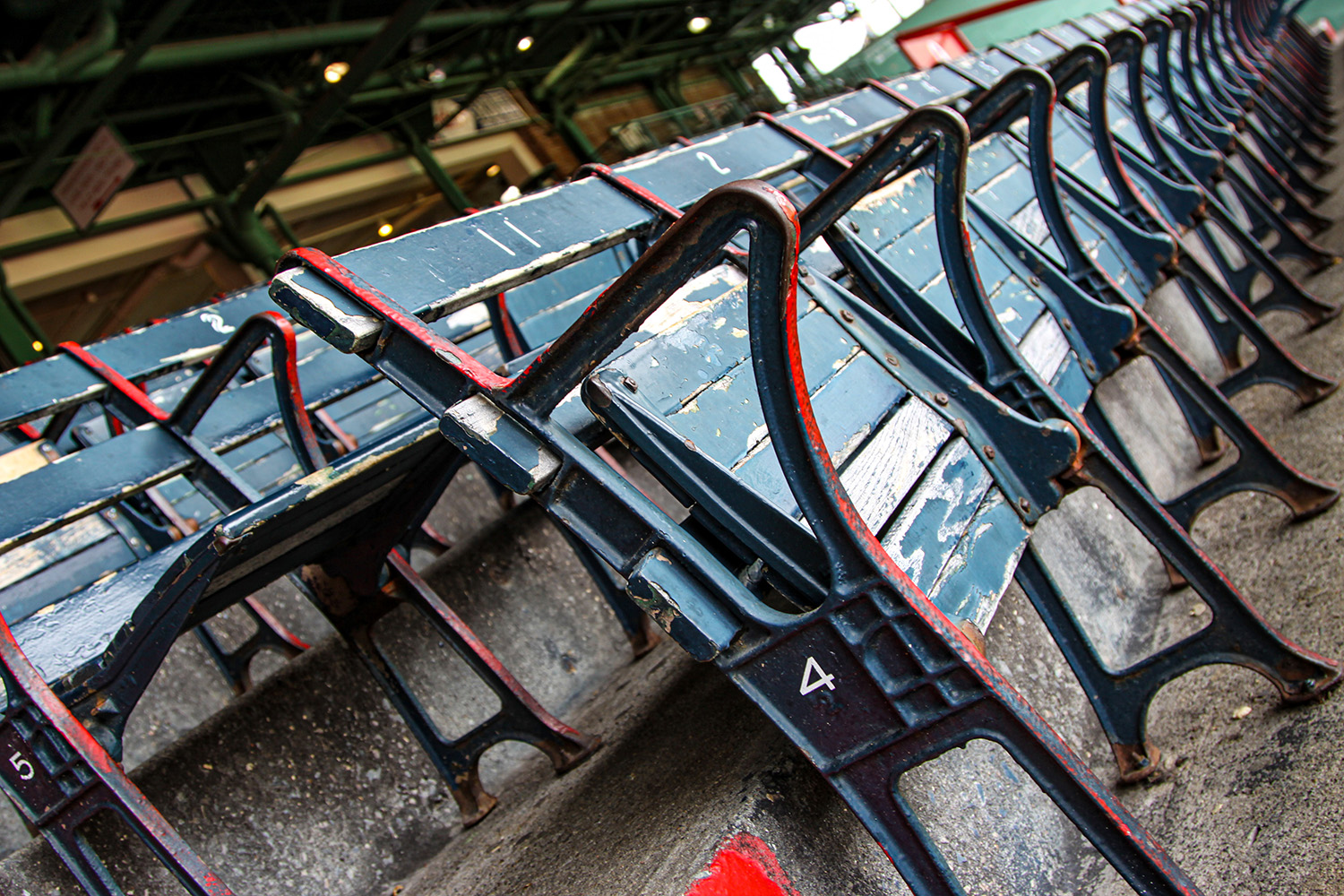 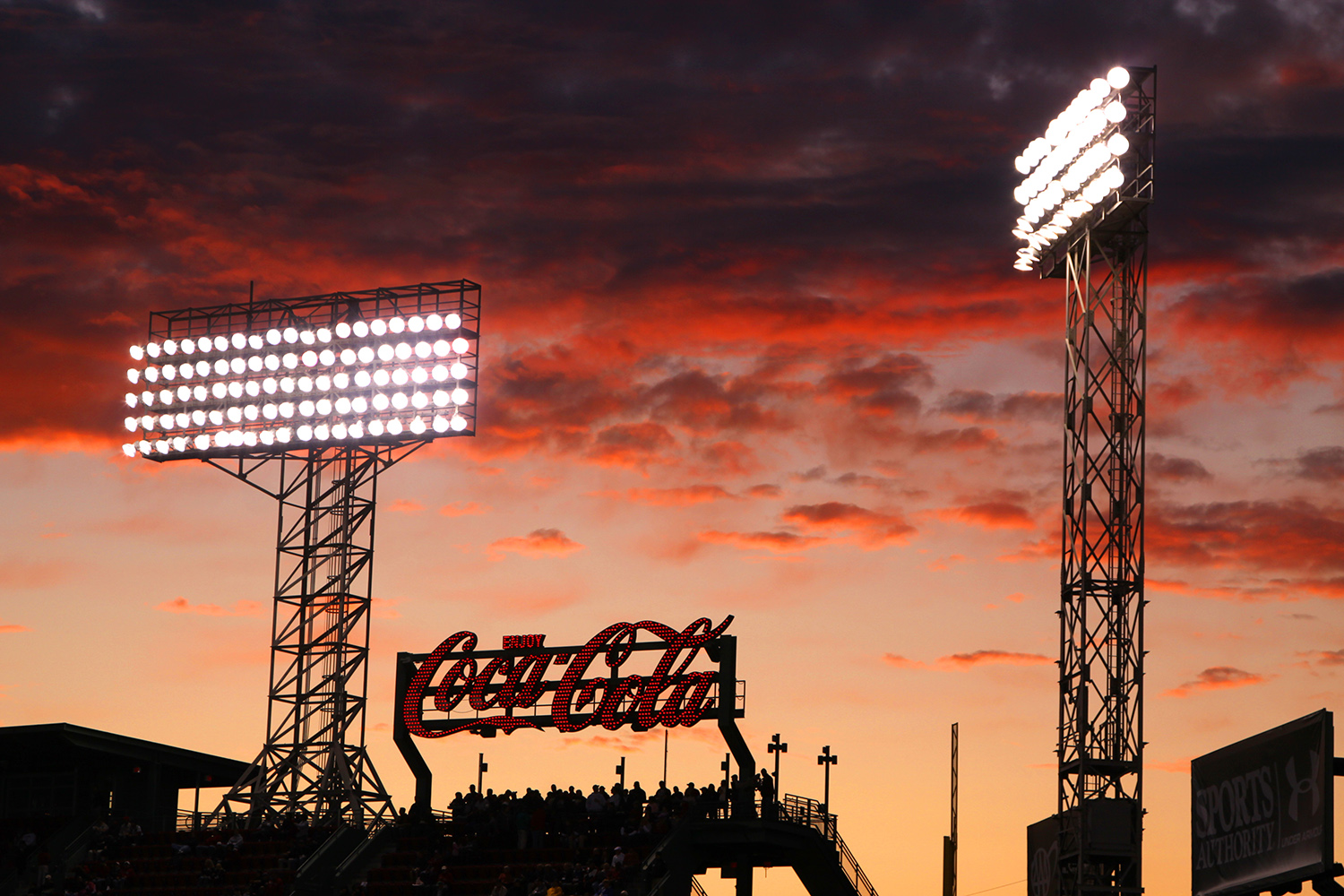 Ballpark: A - Old historical ballpark in the middle of a neighborhood. Had to purchase tickets on Stub Hub for $210.00. Wait for the day of the game and then check Stub Hub - prices decrease. Unless you want to wait three hours before the game time for bleacher seats in the outfield.

Fans & Atmosphere: A - Great place to watch a game, great charm, energy and intimacy. Not really a bad seat except if you are behind a steel girder and anyone over six feet tall. Like a scene from a college football game, people are there hours before the game starts.

Food: D - 1912 baseball menu, bring your own food or eat before you come in. Didn’t enjoy sausage and peppers, the popcorn was too salty. Lemonade was not very good. $18.00 for purchases. Go to restaurant across the street before entering ballpark.

Mascot: C - Wally the Green Monster. He's big and cute, he should have been setting a Yankee jersey on fire.

Staff: C - Ushers and helpful security staff. Food vendors are like the food they serve, a little salty. Mentioned I was from New York to one staff member and was told to get out of town.

Team Tradition: A - Red Sox Nation, proud of recent championships and ball park. Crazy about the Red Sox, never seen this kind of energy for a regular season baseball game before.

Location: B - Located in the Fenway–Kenmore neighborhood in Boston. Limited parking and the best way to get to Fenway Park is to take the subway to Kenmore Square off the Green Line. I took a cab from downtown.