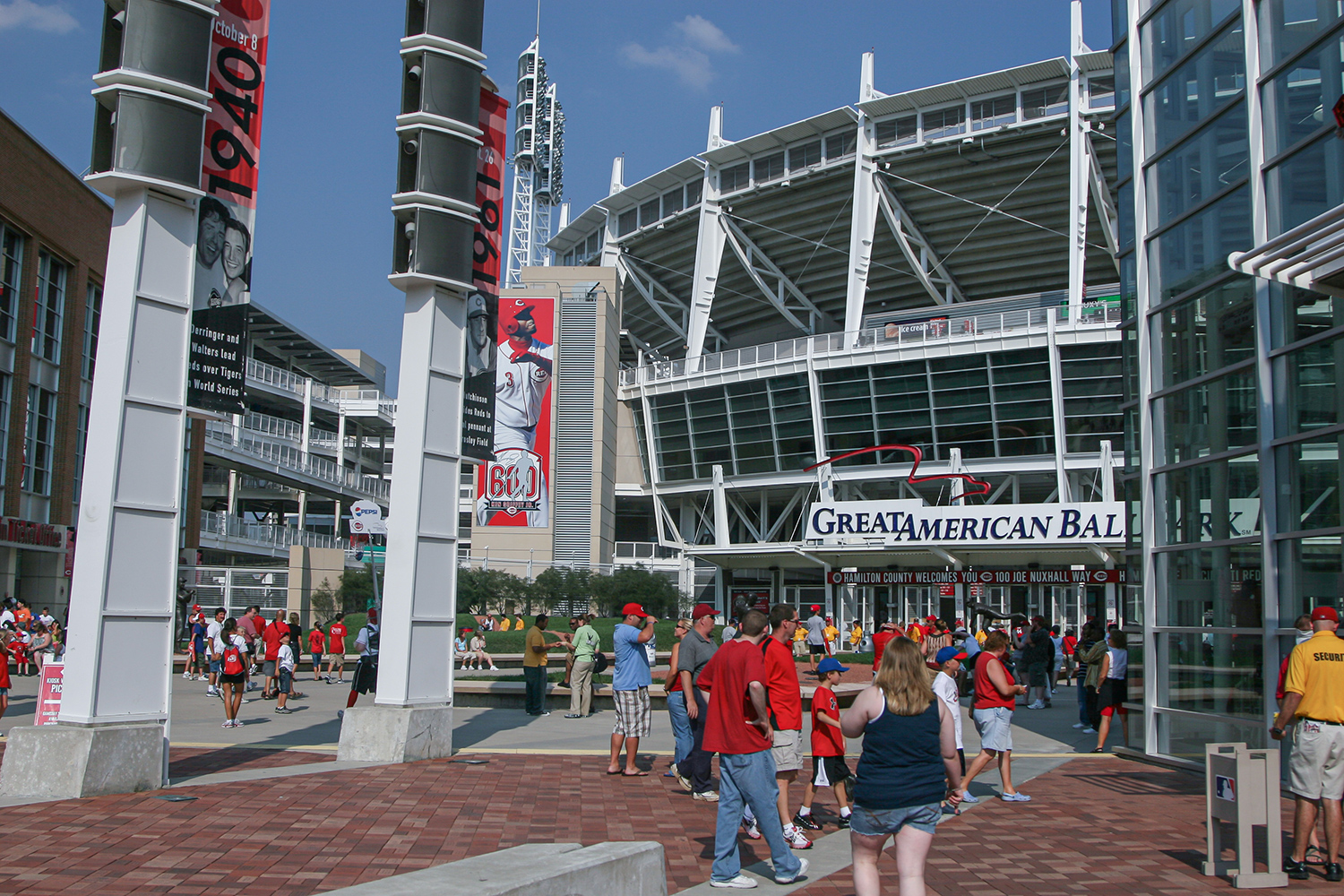 Fans enter Great American Ball Park, the home of the Reds before the game against the New York Mets in Cincinnati on July 18, 2008. (Photo: Gordon Donovan)

Located on the winding banks of the Ohio River in downtown Cincinnati, Great American Ball Park serves as the home of the Cincinnati Reds, baseball's first professional franchise.

It opened in 2003, replacing Cinergy Field (formerly Riverfront Stadium), their home field from 1970 to 2002.The park's name comes from Great American Insurance Group. Great American Ball Park was built by the architectural firms HOK Sport (now Populous) and GBBN at a cost of approximately US$290 million.

It is located on the plot of land between the former site of Cinergy Field (currently, The Banks) and Heritage Bank Center (previously, U.S. Bank Arena, previously Riverfront Coliseum). The limited construction space necessitated the partial demolition of Cinergy Field. It was fully demolished on December 29, 2002

The original address of Great American Ball Park was 100 Main Street. However, after the death of former pitcher and longtime broadcaster Joe Nuxhall in 2007, the address was changed to 100 Joe Nuxhall Way. A sign bearing Nuxhall's traditional signoff phrase "rounding third and heading for home" is located on the third base side exterior of the park.

Just inside the main gates off the Crosley Terrace are two mosaic panels measuring 16 feet (4.9 m) wide by 10 feet (3.0 m) high. The mosaics depict two key eras in Reds history: "The First Nine", the 1869 Red Stockings who were the first professional baseball team in history with a record of 57–0 in their first season and "The Great Eight", the famous Big Red Machine that won back-to-back World Series in 1975 and 1976.

In right center field, two smokestacks, reminiscent of the steamboats that were common on the Ohio River in the 19th and early 20th centuries, flash lights, emit flames and launch fireworks to incite or respond to the home team's efforts. When the Reds strike out a batter, fire blows out of the stacks beginning with the 2012 season (previously, steam was spewed out following a strikeout). Fireworks are launched from the stacks after every Reds home run and win. 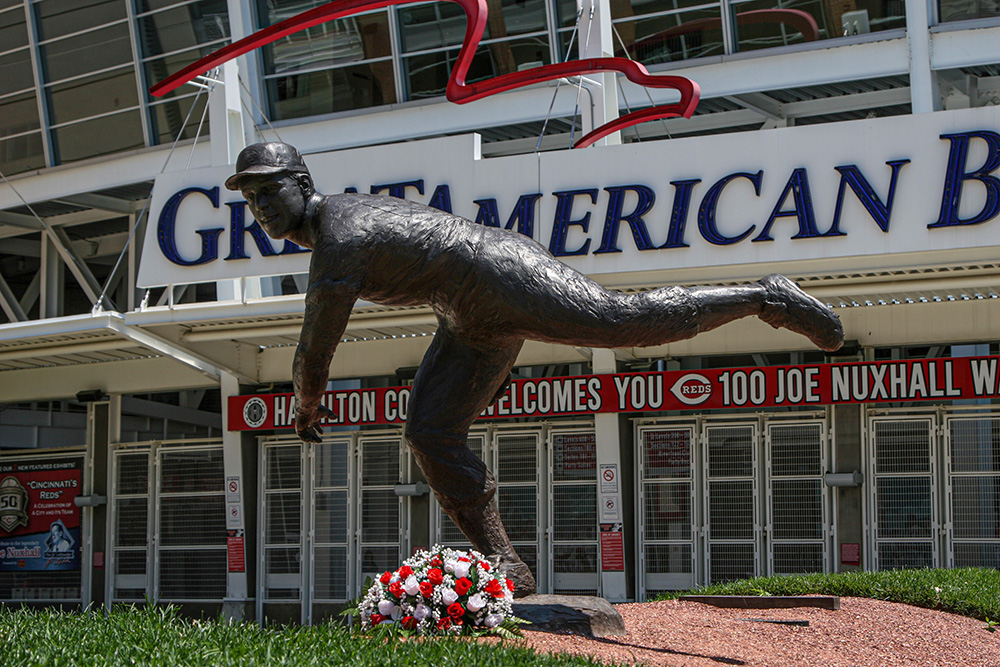 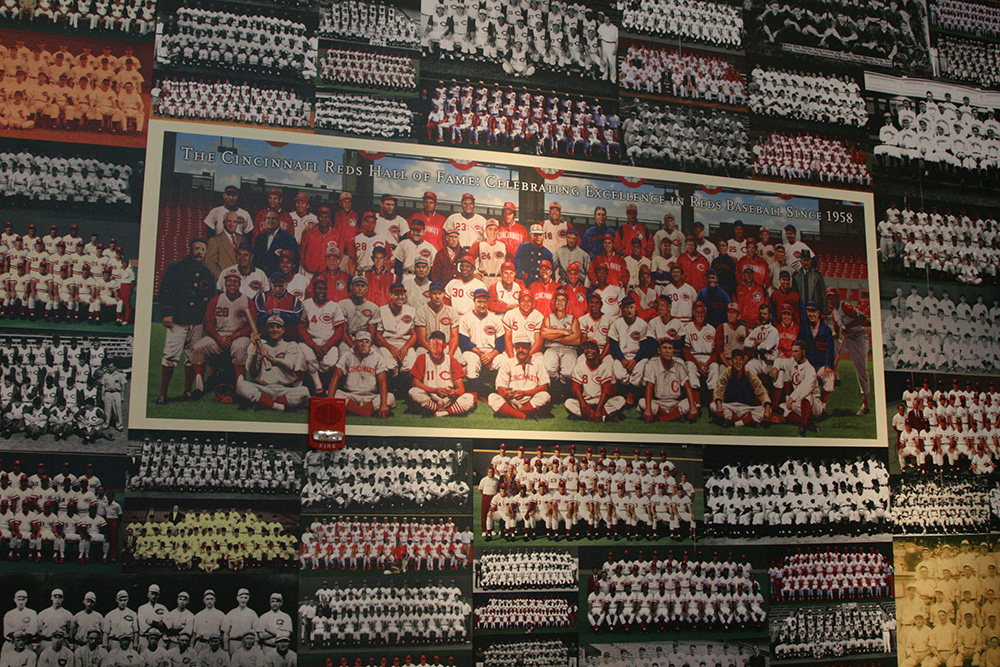 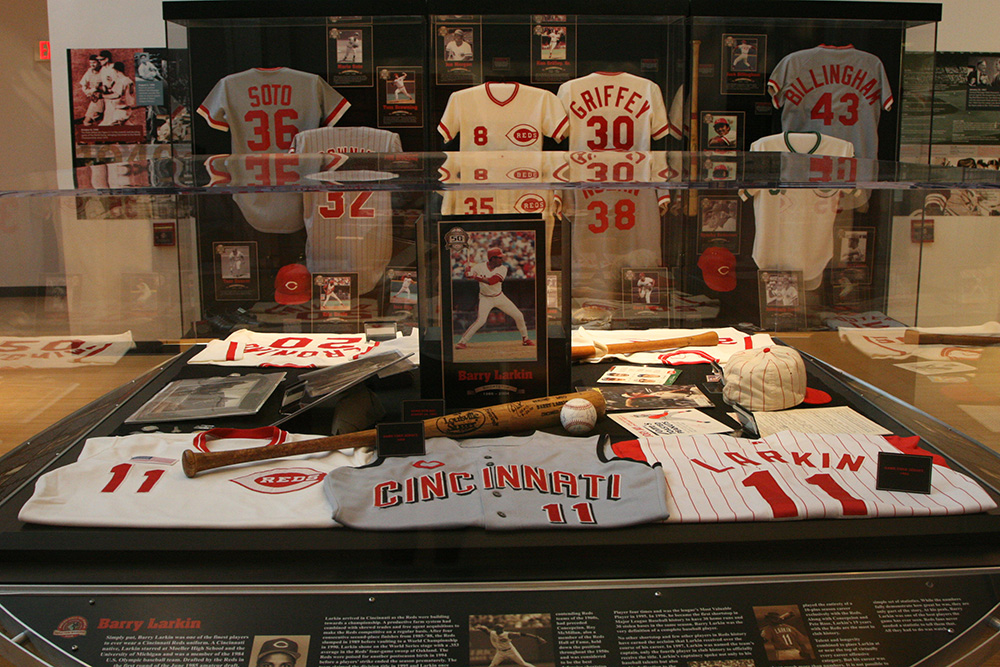 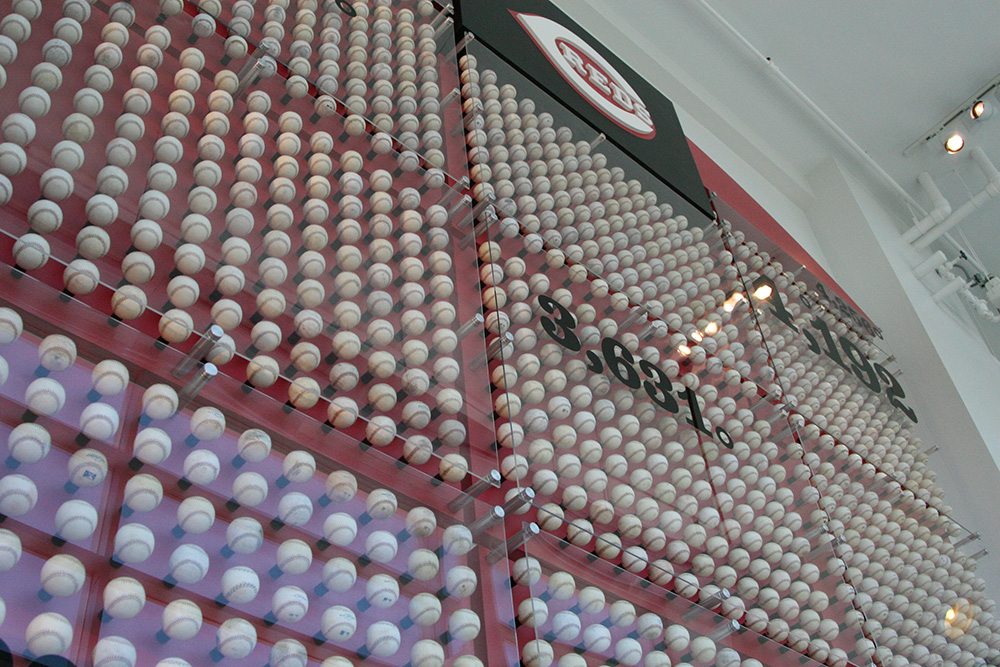 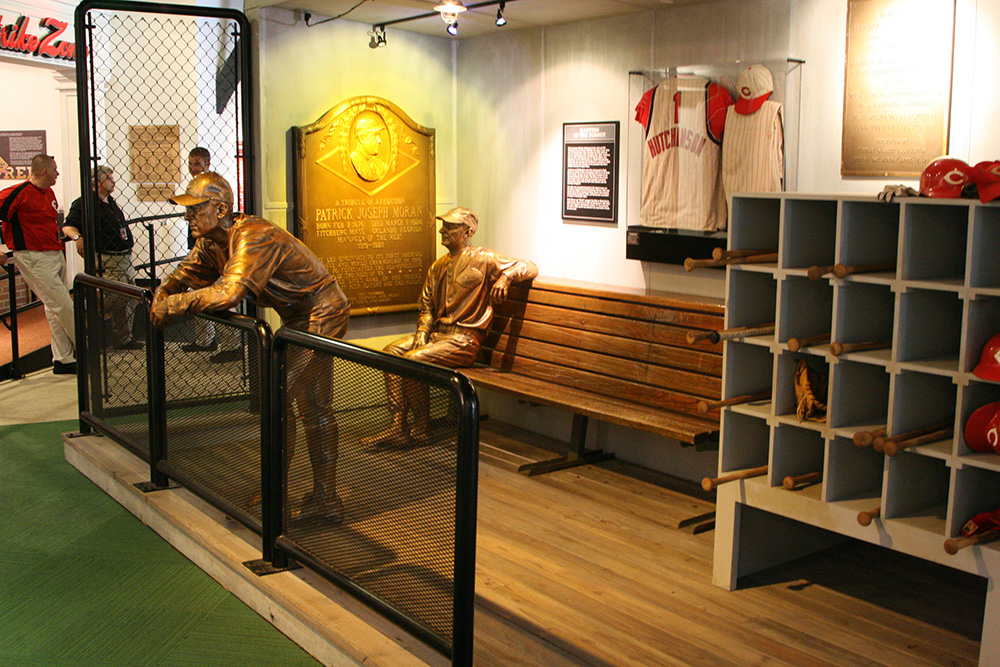 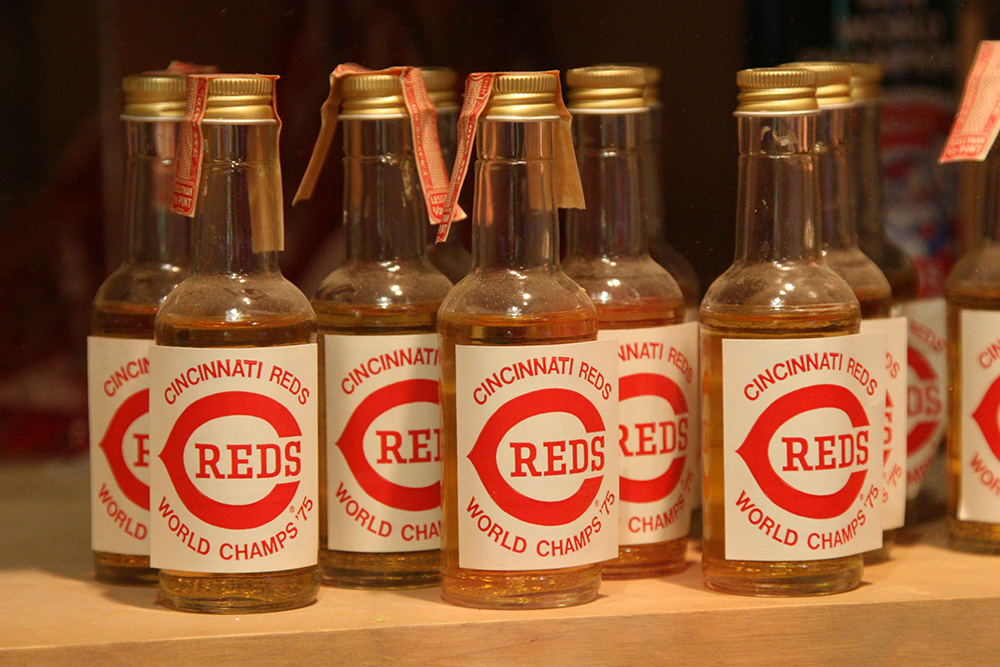 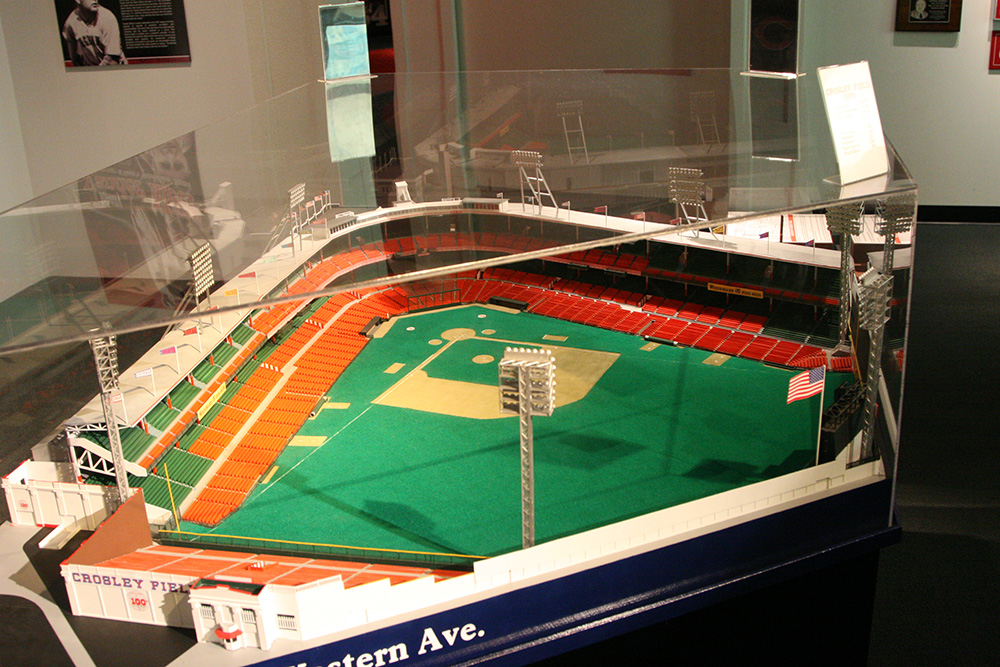 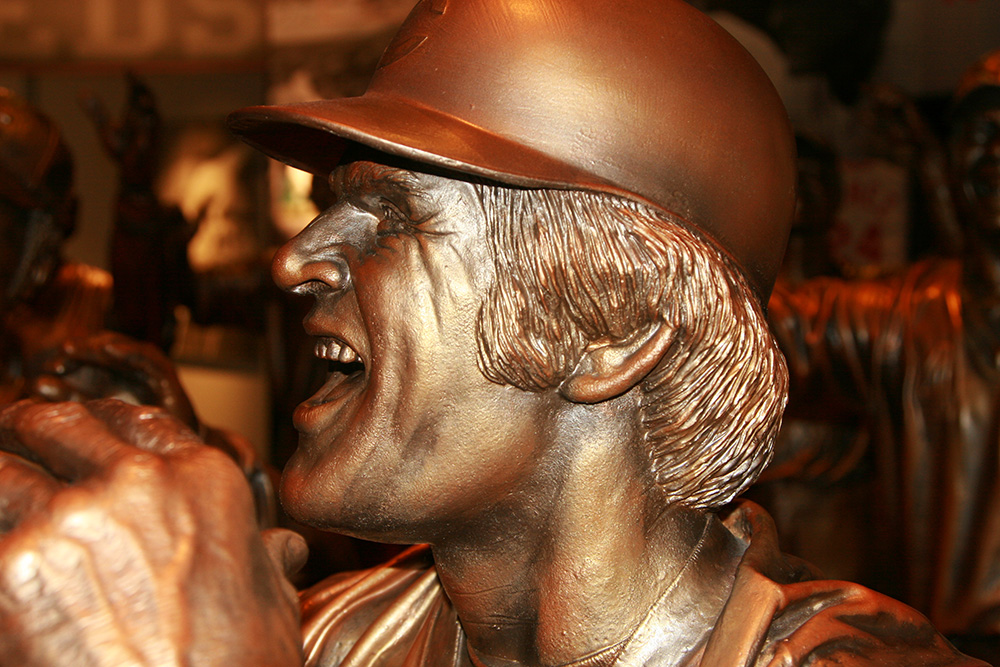 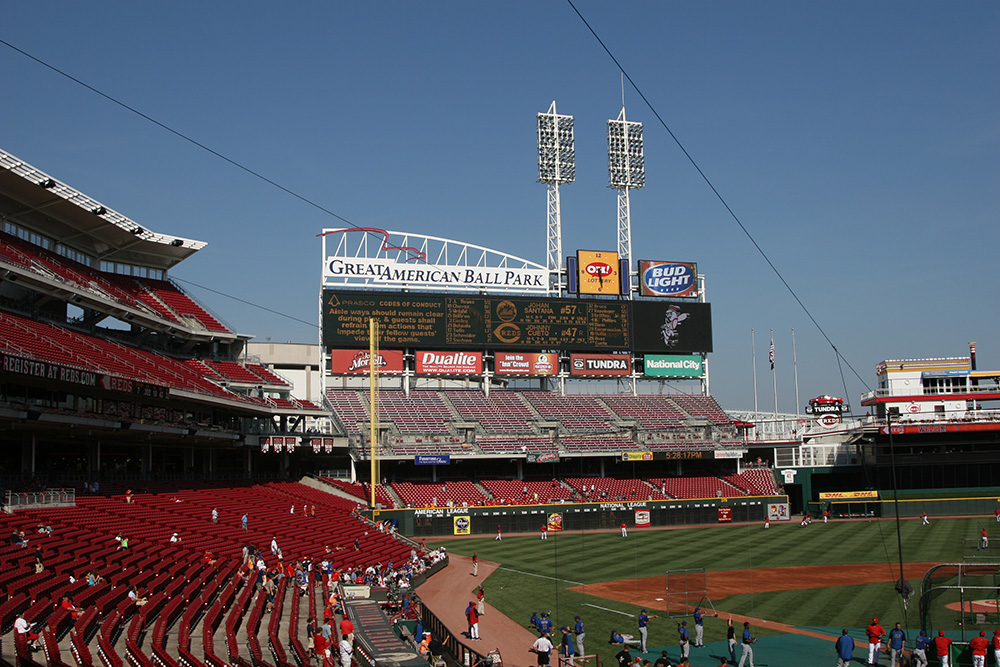 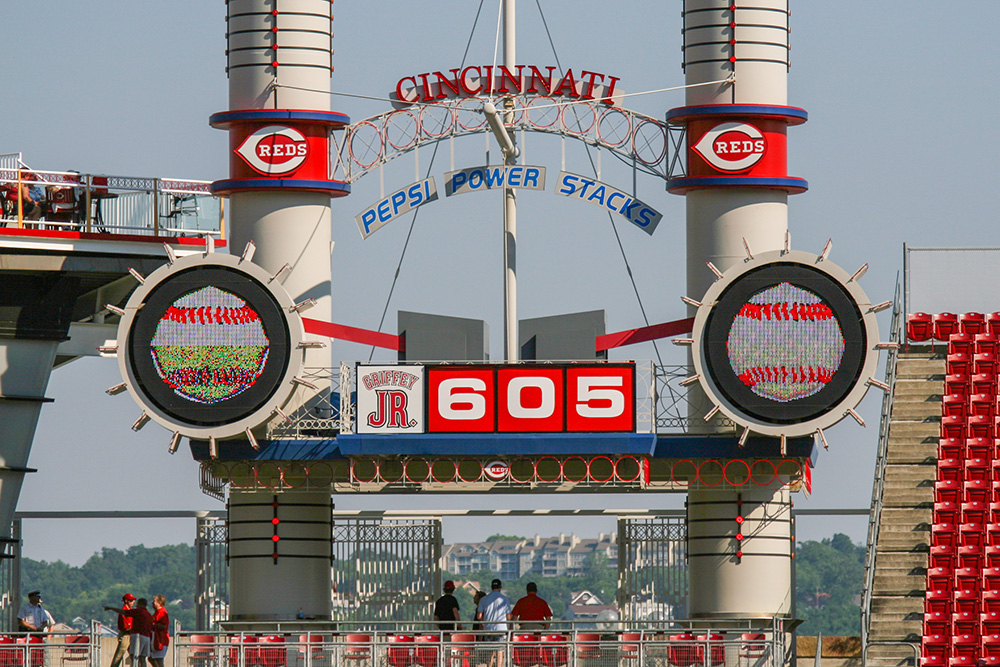 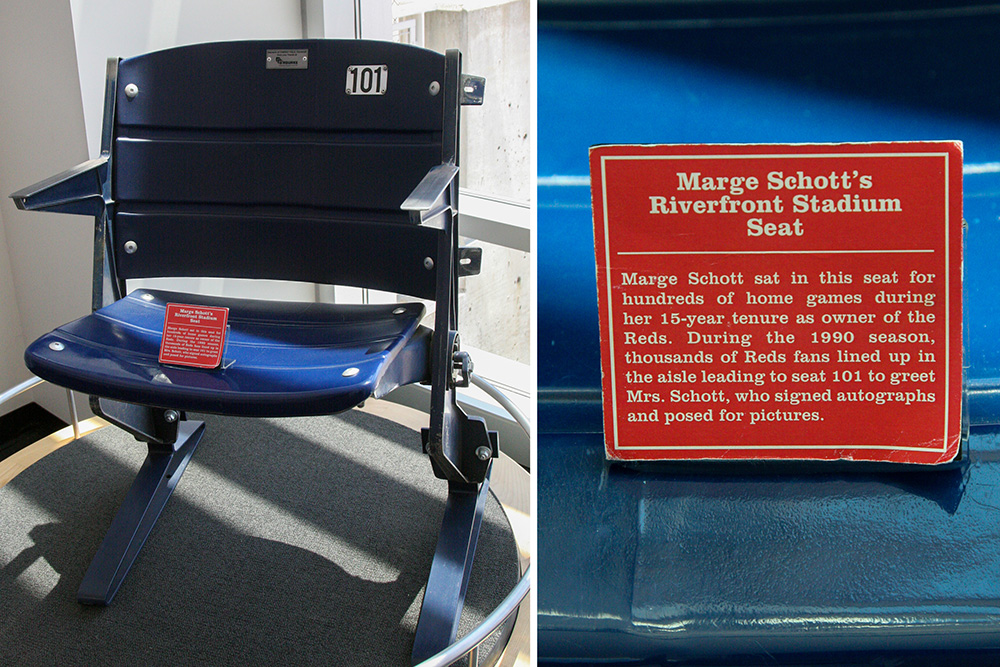 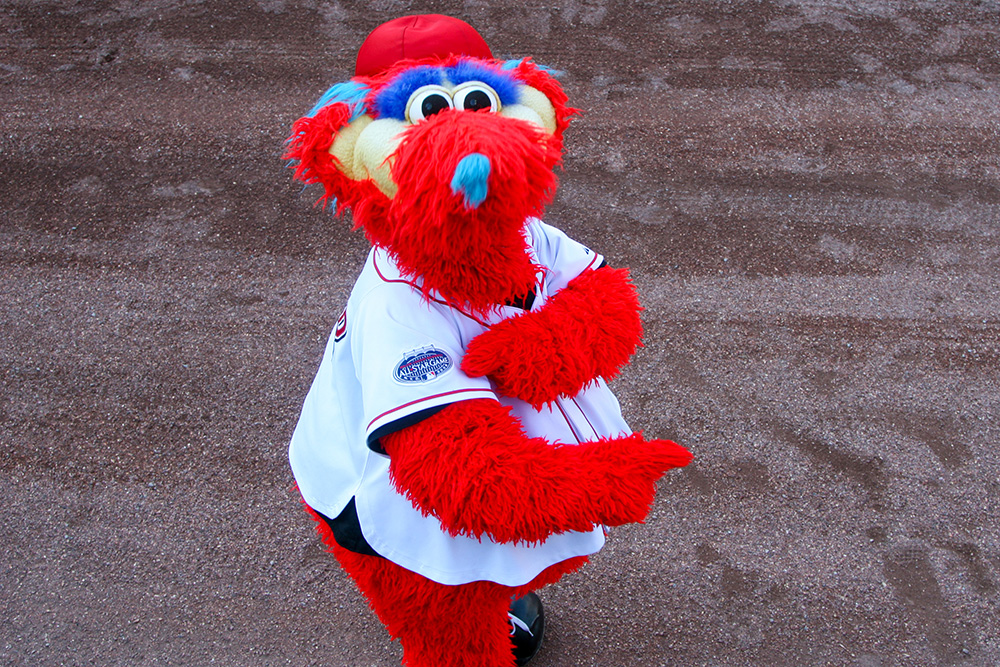 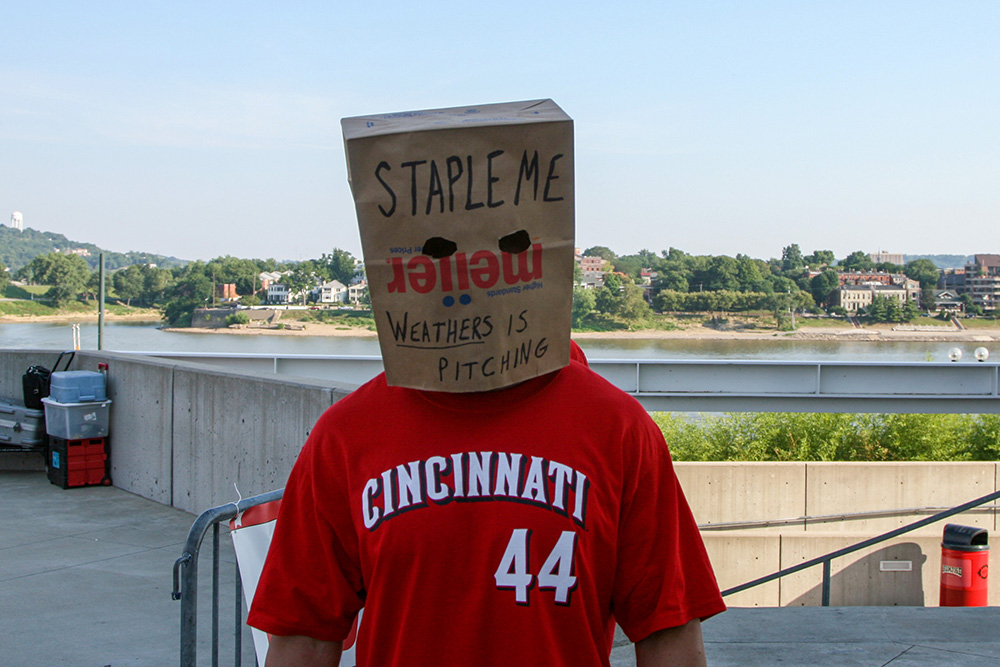 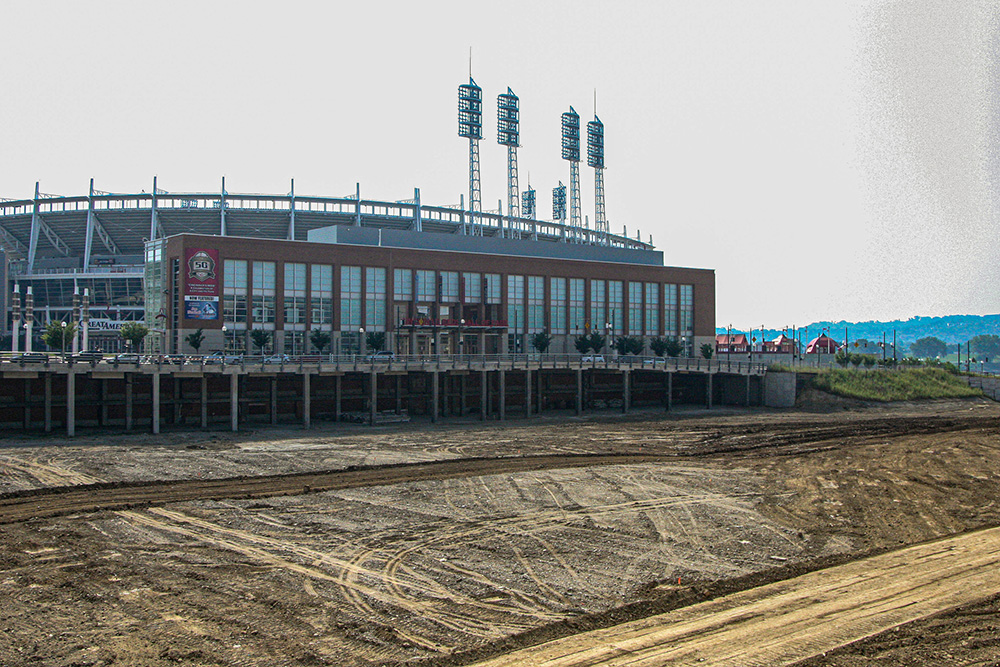 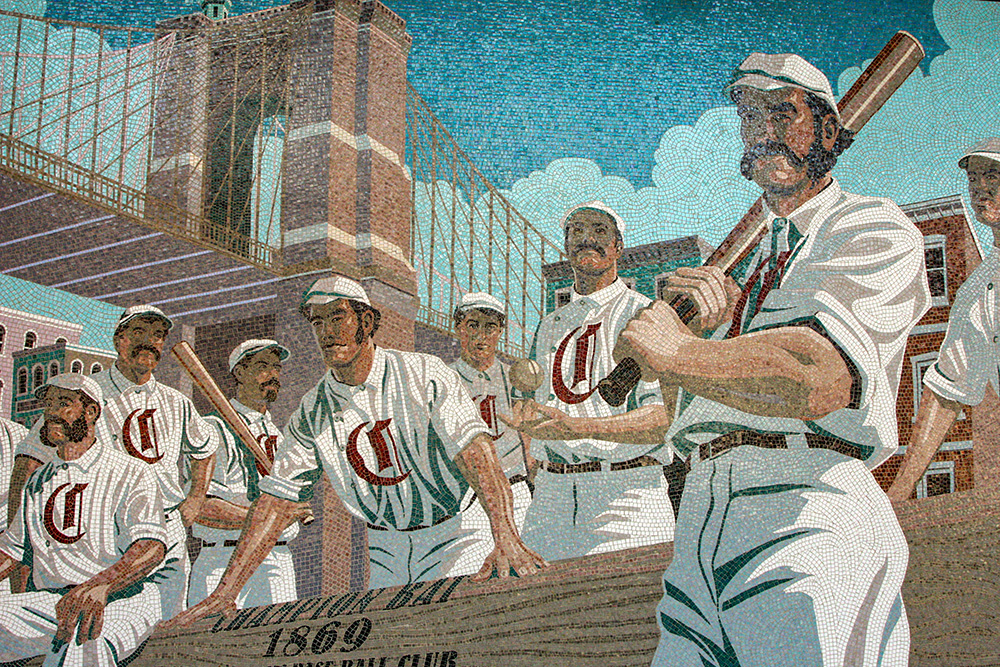 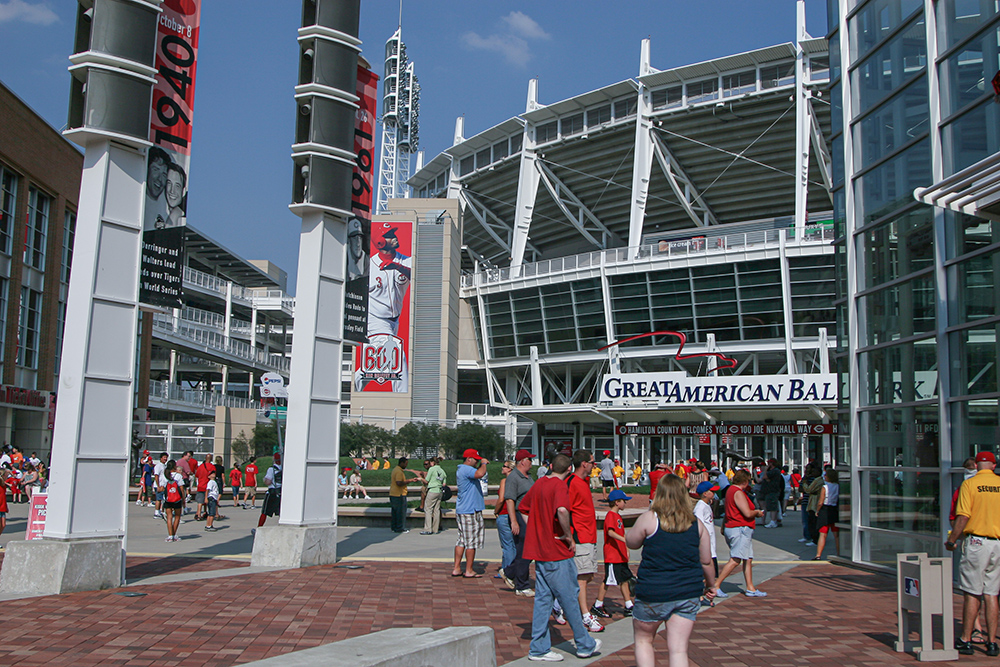 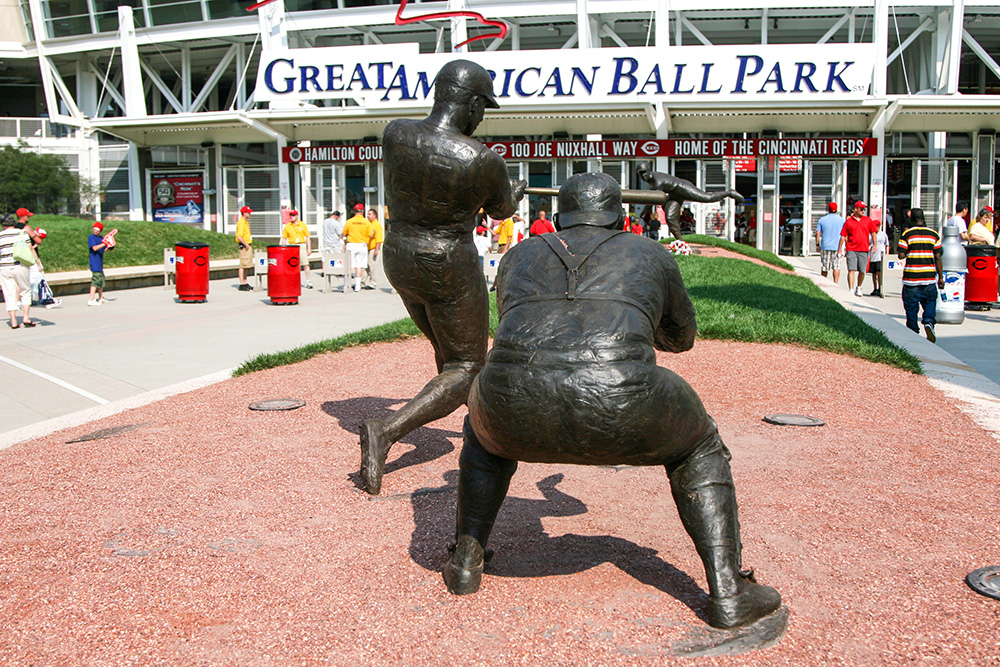 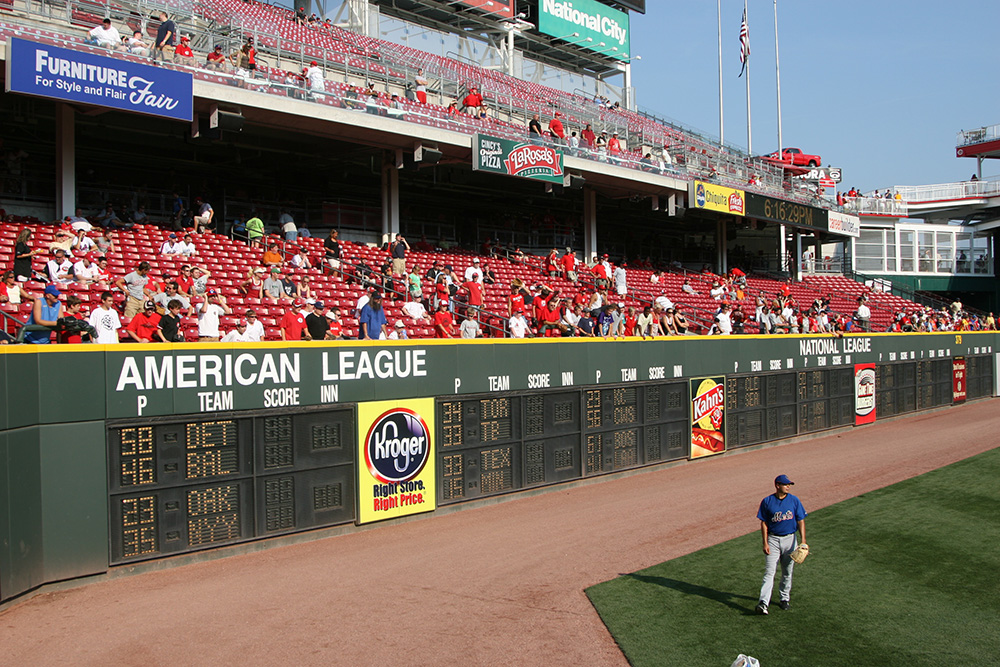 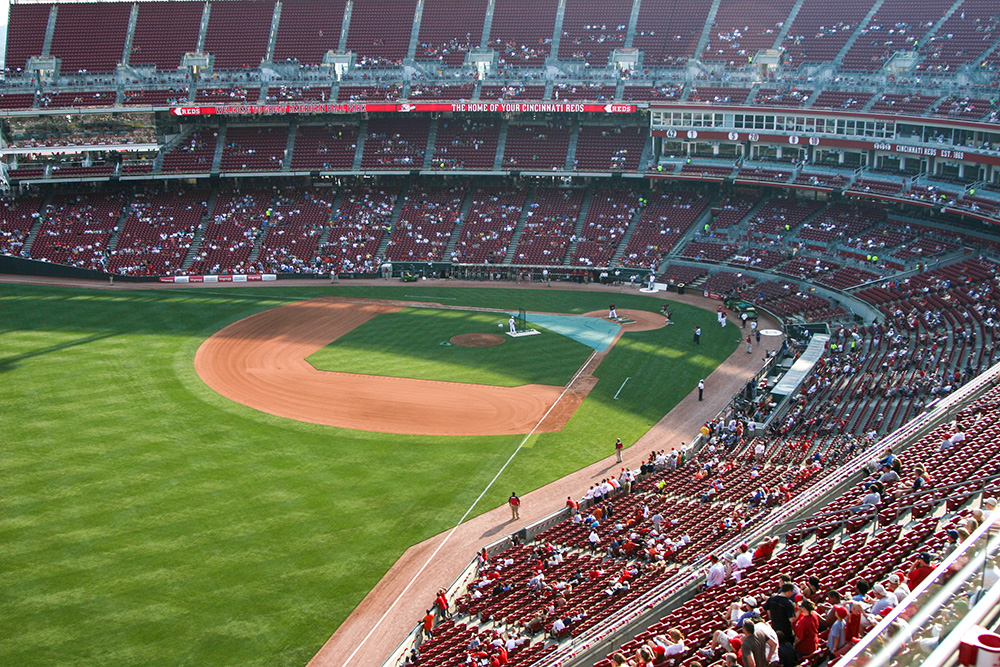 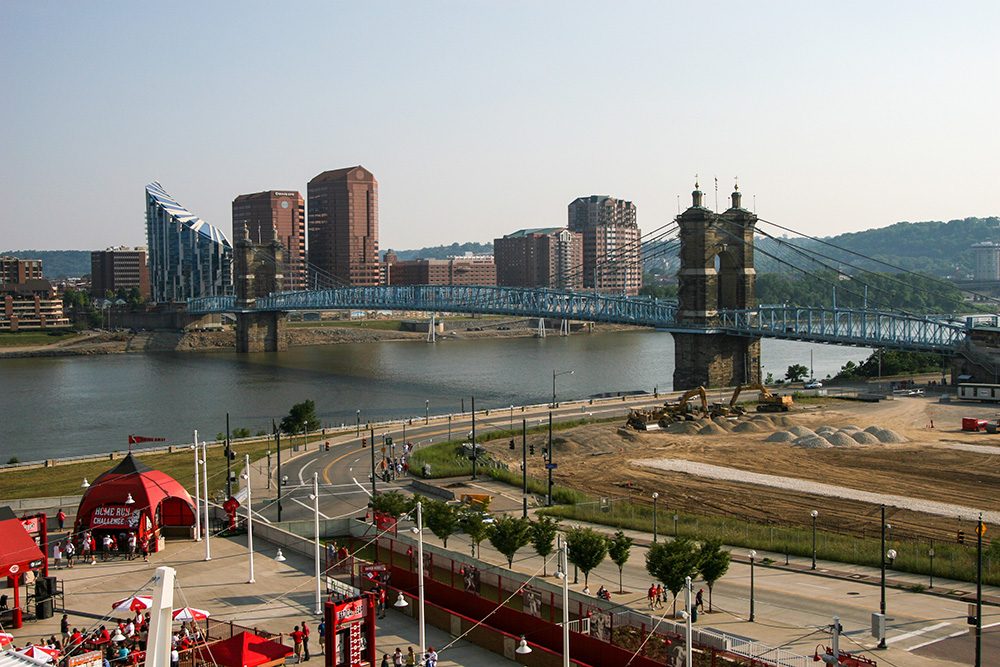 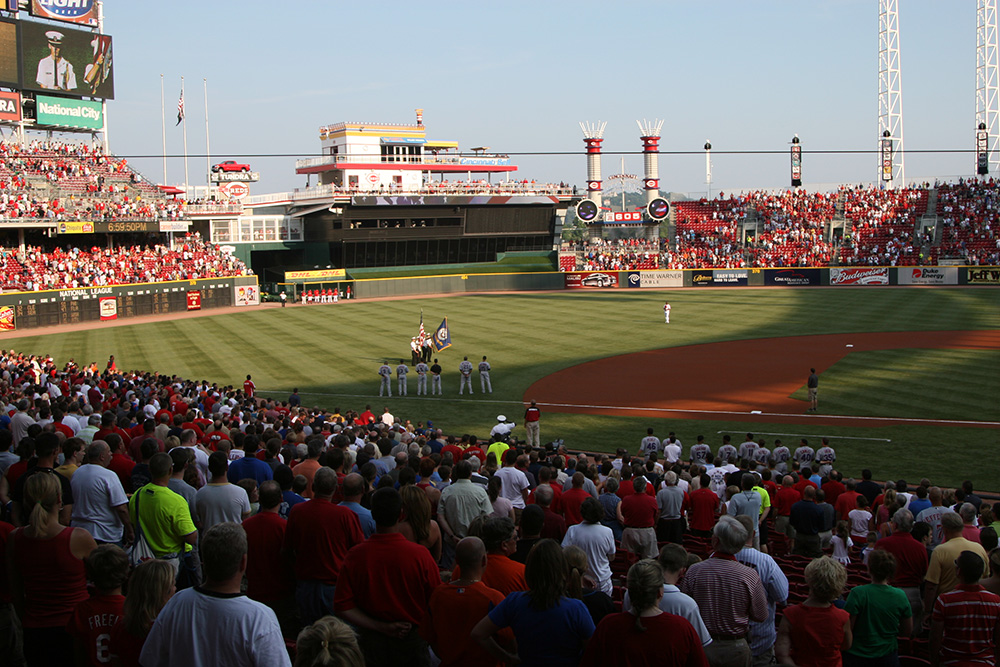 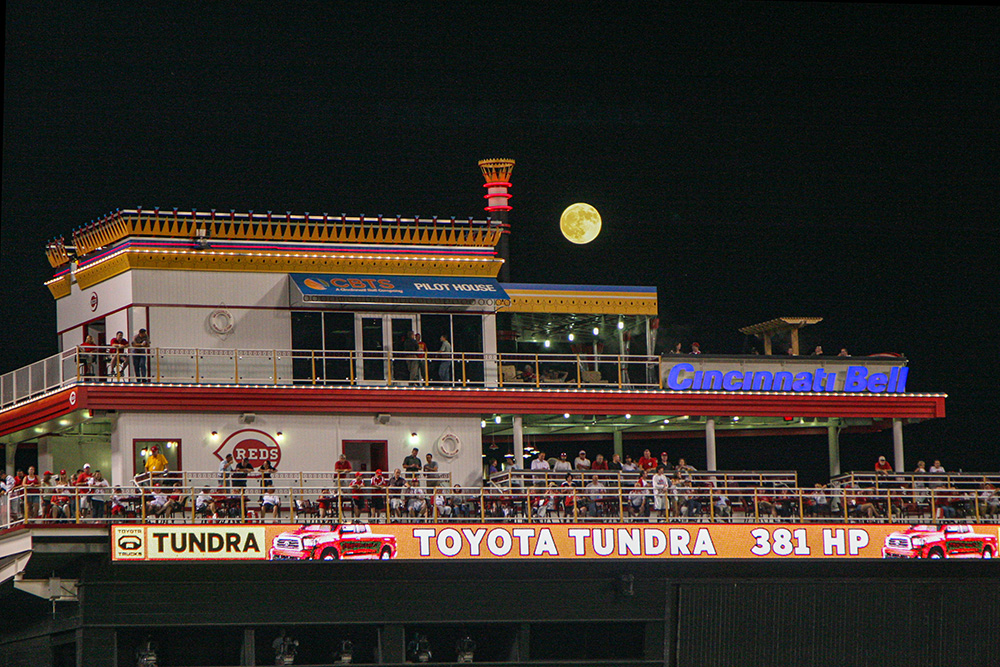 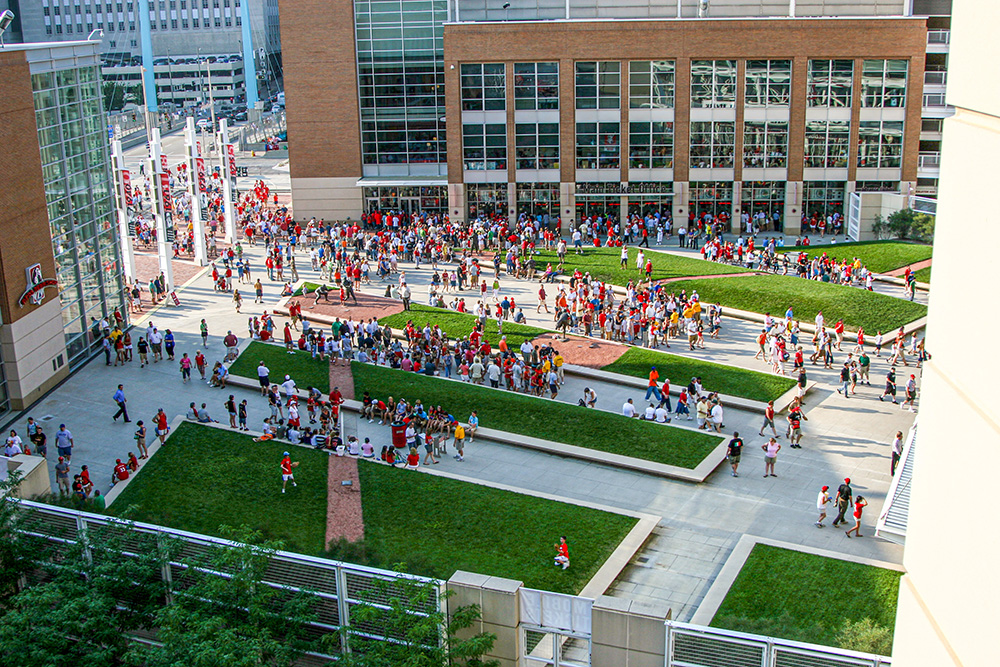 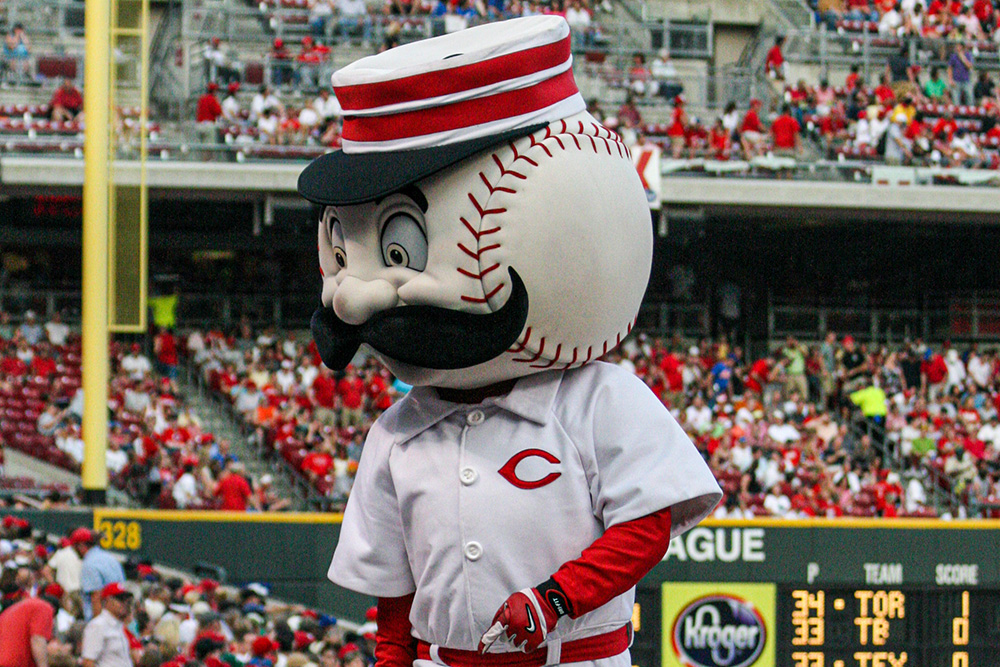 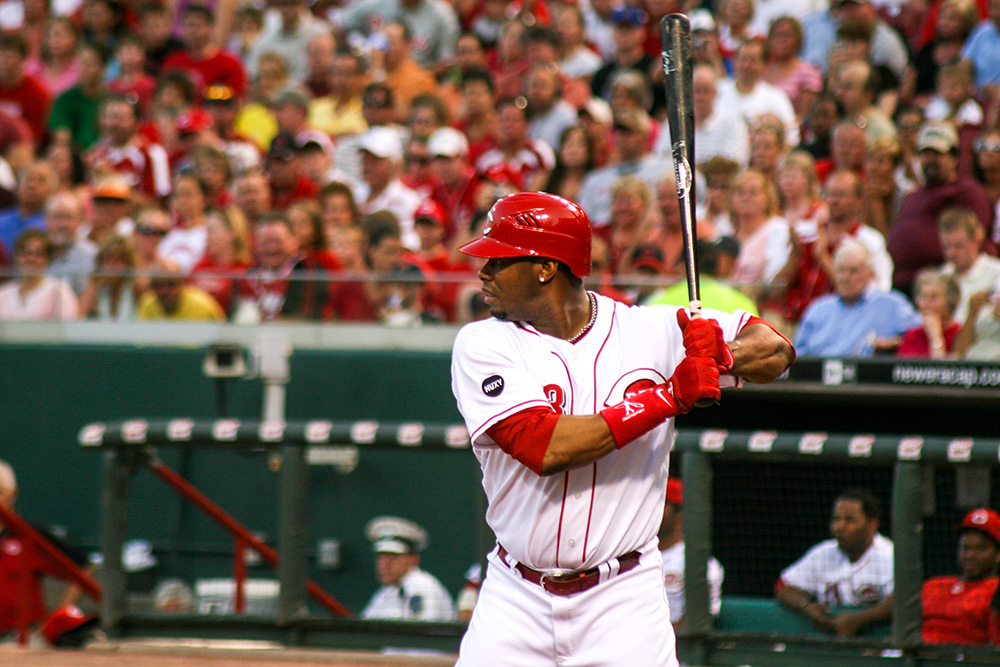 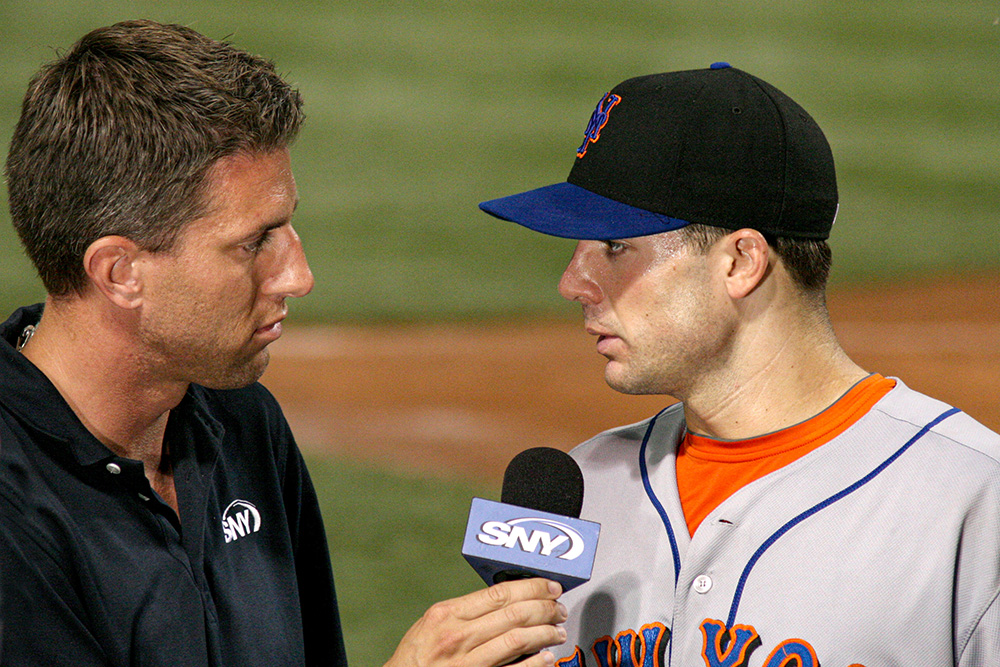 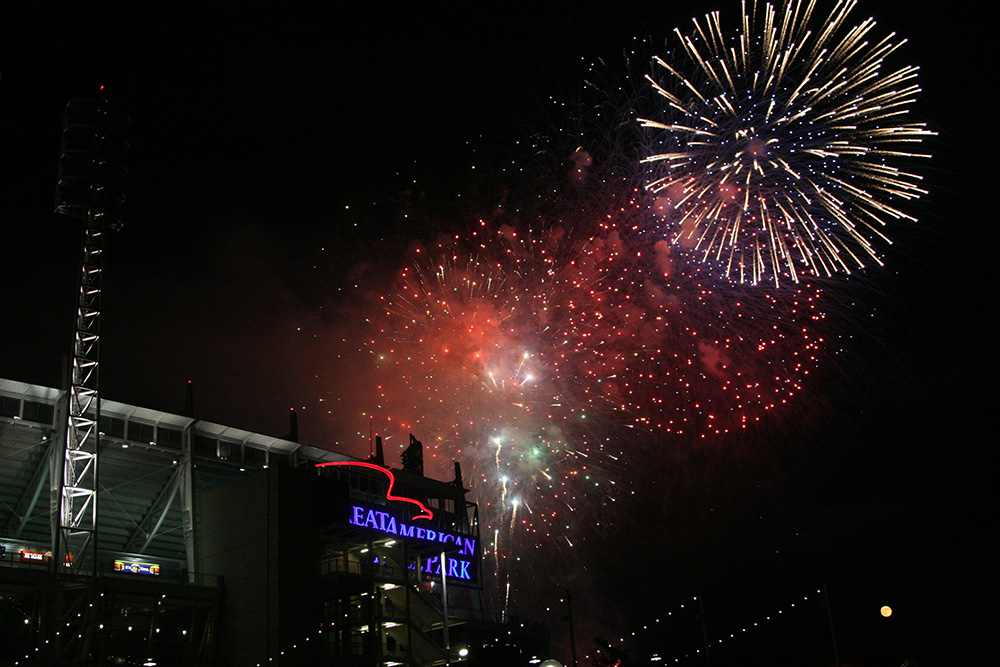 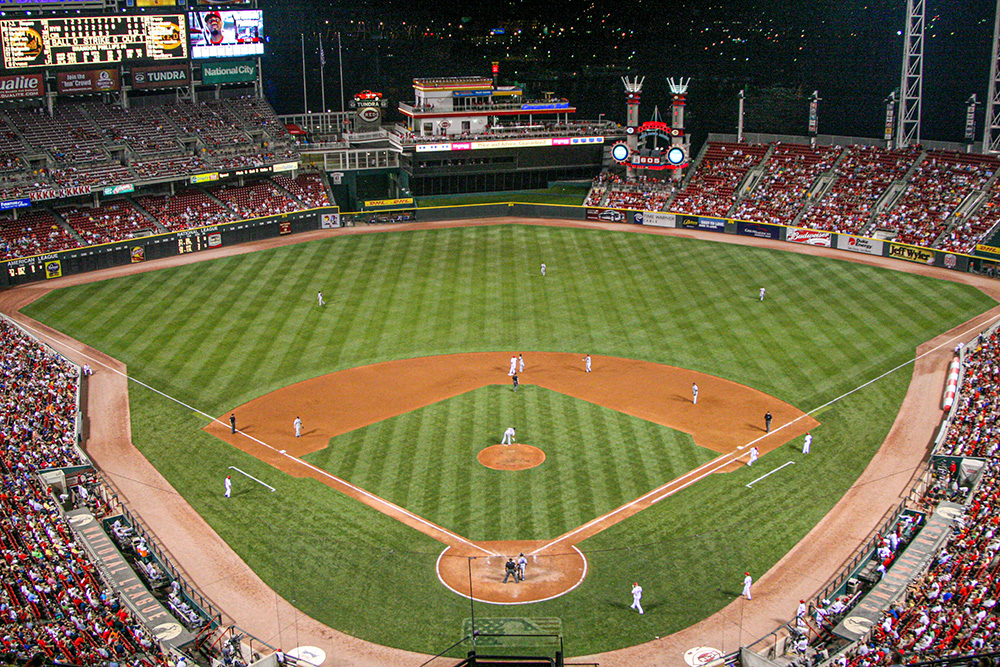 Ballpark: B - Great ballpark and views of the game. A must see road trip for all fans. Too much red color everywhere. Empty red seats are hard on the eyes in the sunlight. Opened at the start of the 2003 season, the ballpark seats 42,271 fans at a cost of $280 million

Fans & Atmosphere: A - Some great passionate fans looking towards the future, some clowns as every team has. A few fans have a great sense of humor wearing paper bags over heads wearing hard luck player jerseys. Griffey art all over the place with 600 home run pursuit. The original Red Stockings and Big Red Machine teams are honored in mosaics.

Food: B - Food was very good. Not for people with heart conditions. Chili is overrated, great sandwiches, have a big red.

Mascot: B - Gapper the furry mascot is the only dog in the MLB is great fun. Mr. RedLegs is loved by fans but a little stiff. Mr. Redlegs appeared as a patch on the Reds' uniforms for two seasons in the 1950s.

Staff: A - Great friendly staff and excellent tour. Guest ambassadors looking to help fans there for the first time. The on field entertainers are always smiling and enjoy pumping up fans.

Team Tradition: A - Birthplace of the National League, needs to have a parade and first opening day game here again, not on ESPN Sunday Night Baseball. Honors team past all over the ballpark. Proud tradition and their Hall of Fame is the best in baseball.

Location: B - Downtown Cincinnati, walk down the street from the hotel across the highway to the stadium. No place to eat after the night game. Across the road from where Riverfront Stadium once stood.