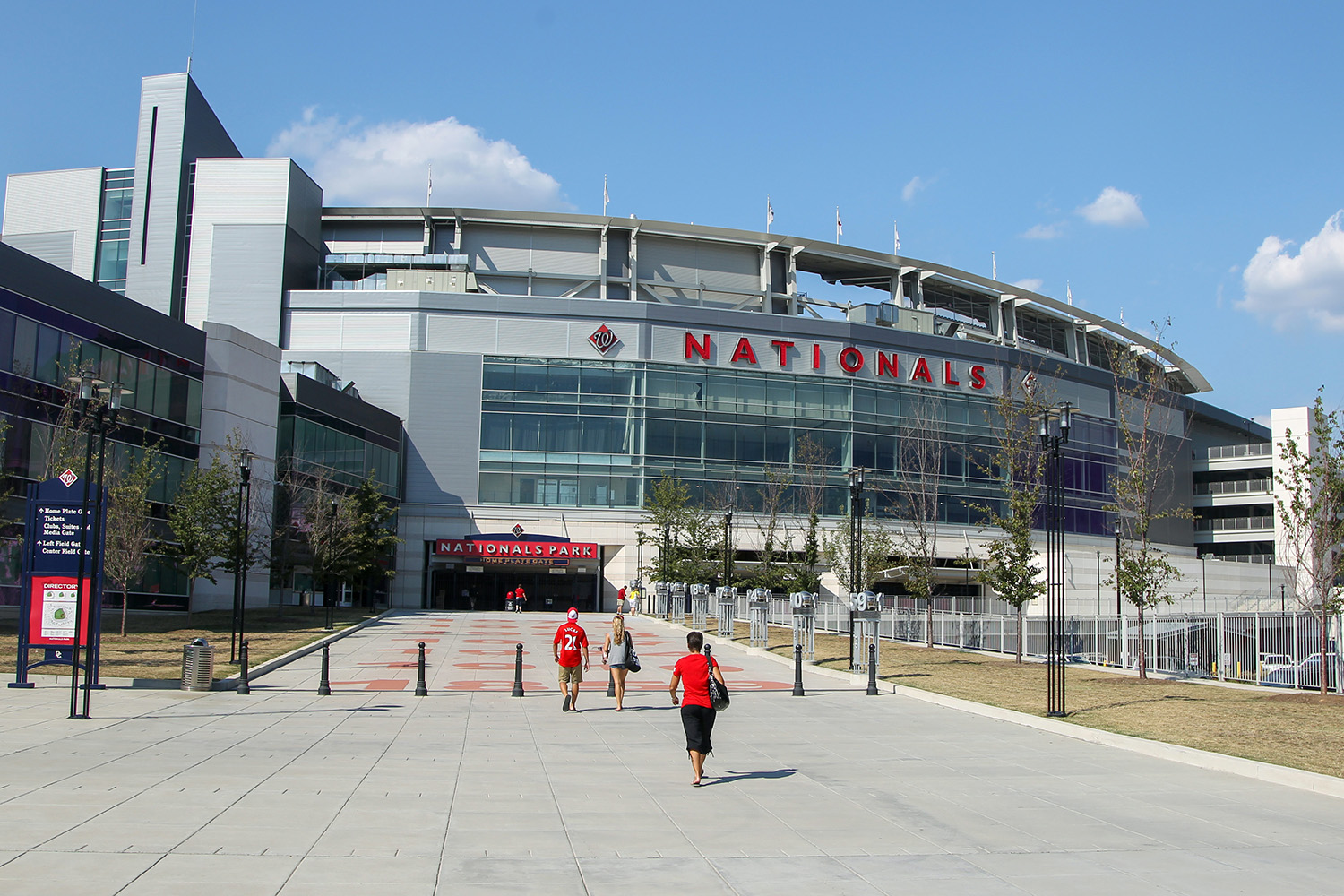 When the Montreal Expos franchise relocated to Washington, D.C. and became the Nationals, they temporarily played at RFK Stadium until Nationals Park was completed.

The park's name echoes that of the early-1900s ballpark used by the Washington Senators, National Park, until it was rebuilt and renamed Griffith Stadium.

The Nationals opened the 2008 MLB season in Nationals Park with a rare one-game series against the Atlanta Braves on March 30, which served as the first official MLB game at the park.

True to tradition, President George W. Bush threw out the ceremonial first pitch. The Nationals defeated the Braves 3–2 with a walk-off home run from Ryan Zimmerman, giving the Nationals their first opening day win since moving to Washington.

Chipper Jones of the Braves hit the first batted ball and first home run, while the Nationals' Cristian Guzman got the first base hit. According to the Elias Sports Bureau, Zimmerman's game-winning home run was the third walk-off home run in major-league history to be hit in the first MLB game played at a stadium. The game was the most-watched MLB opening night in the history of ESPN. 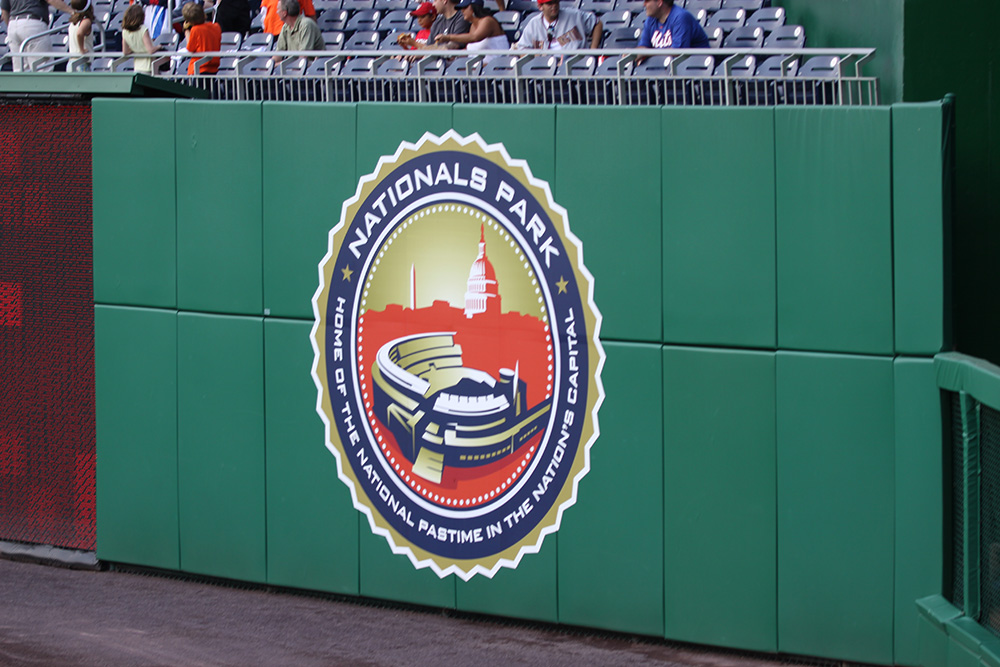 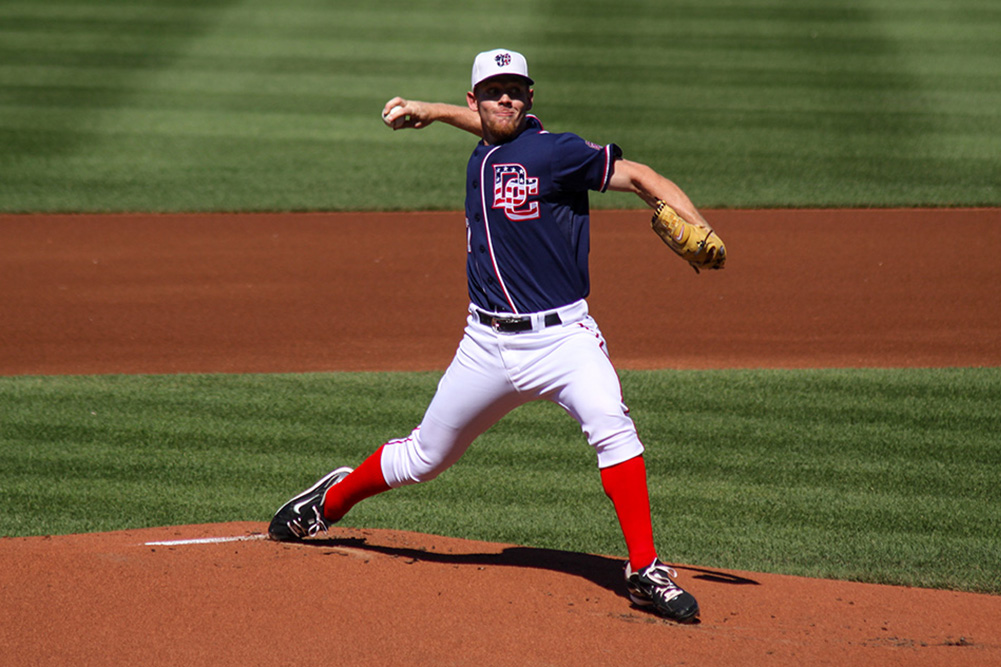 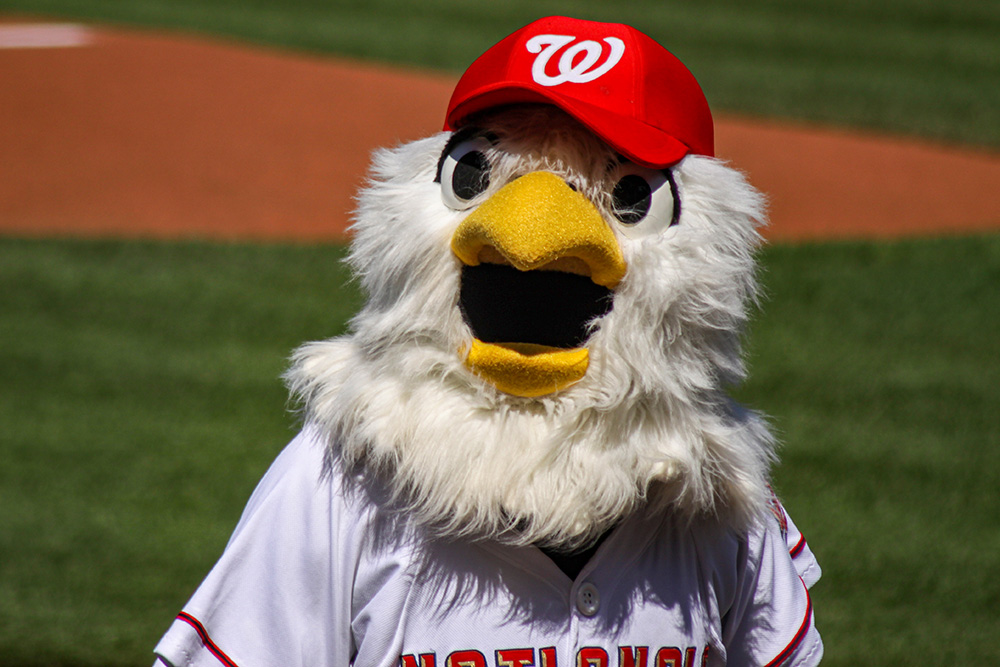 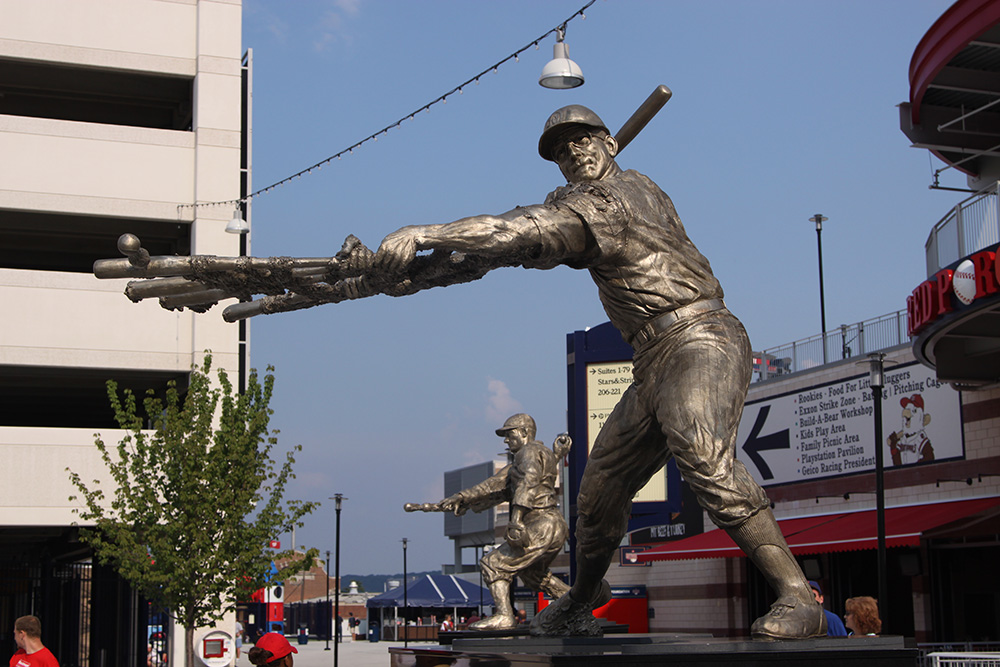 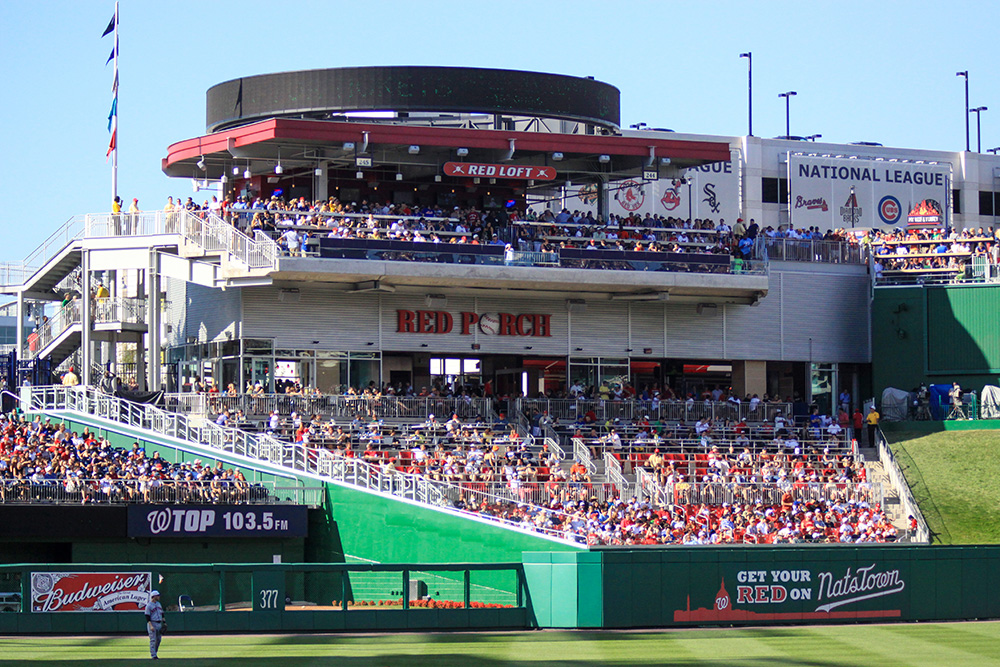 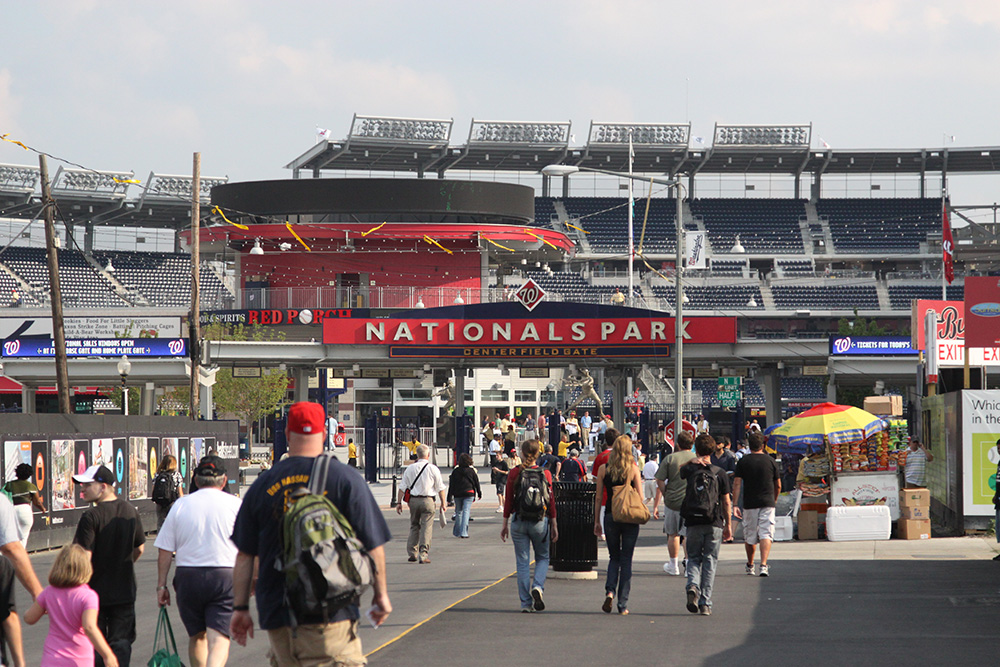 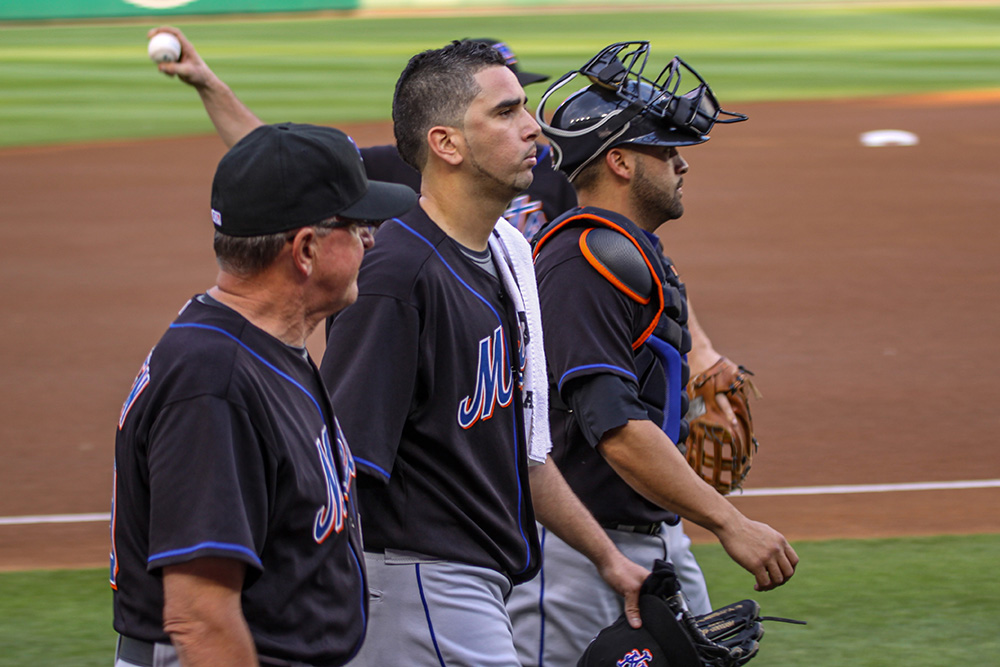 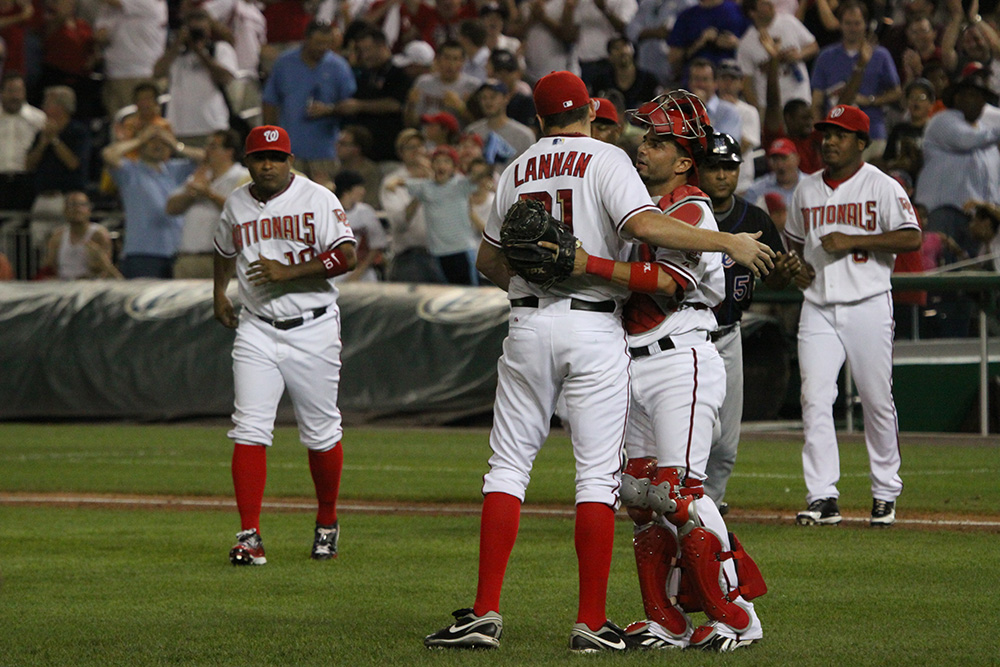 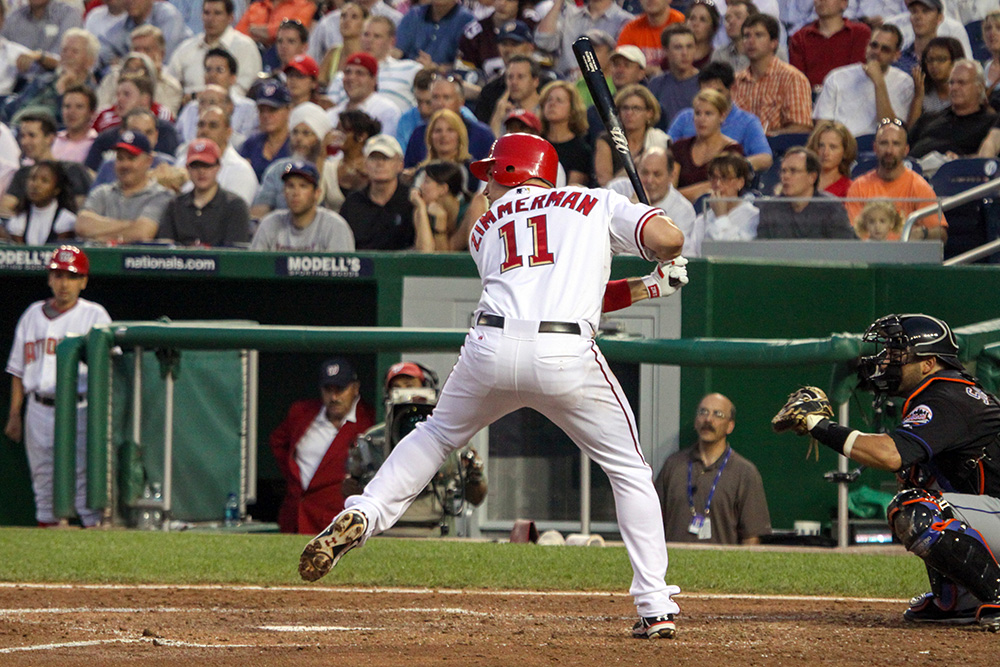 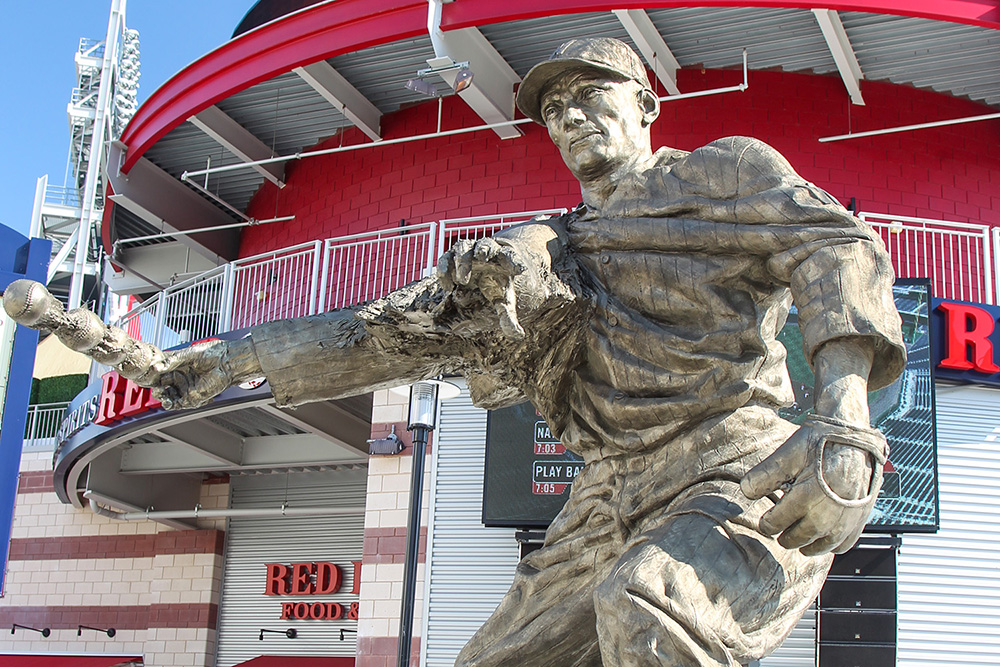 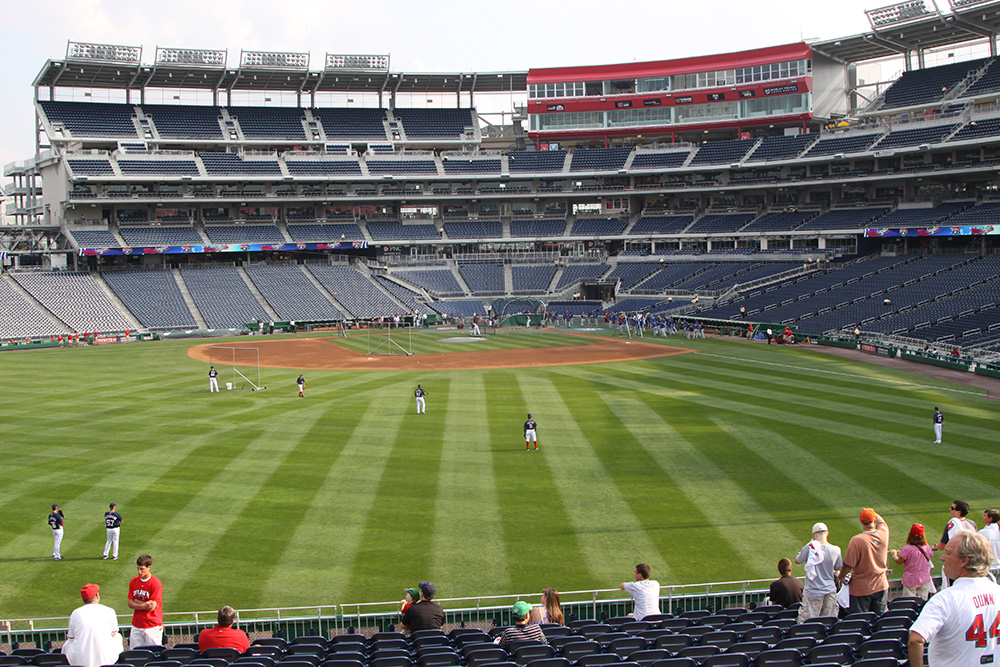 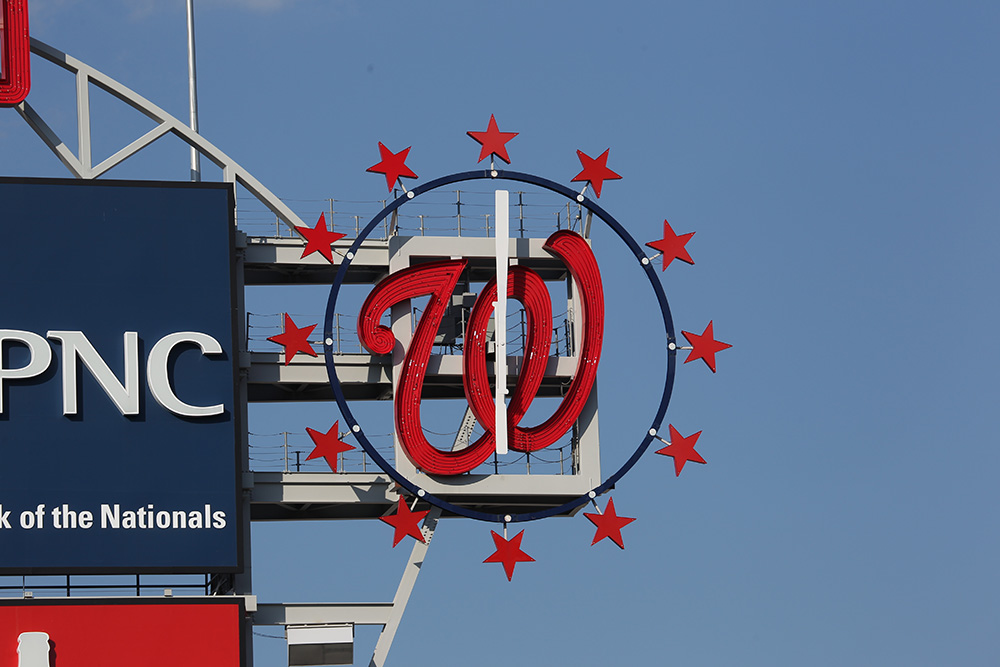 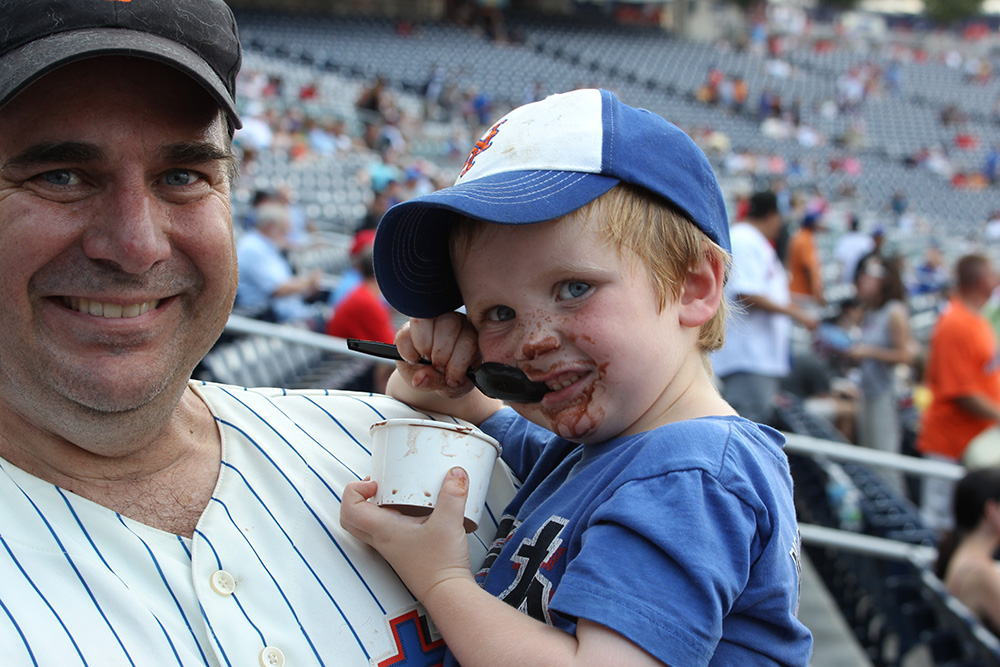 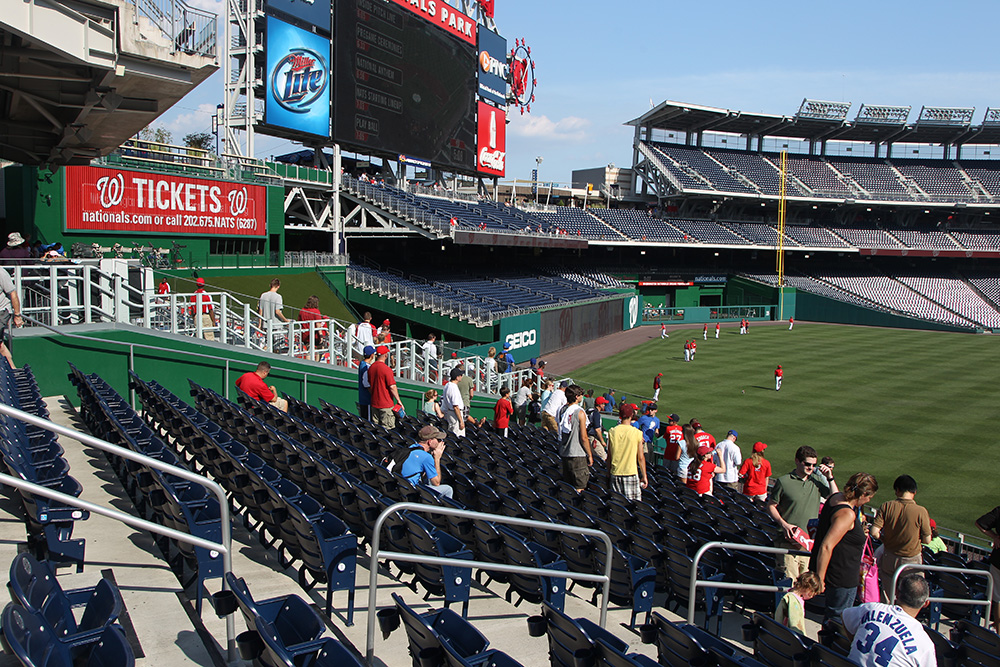 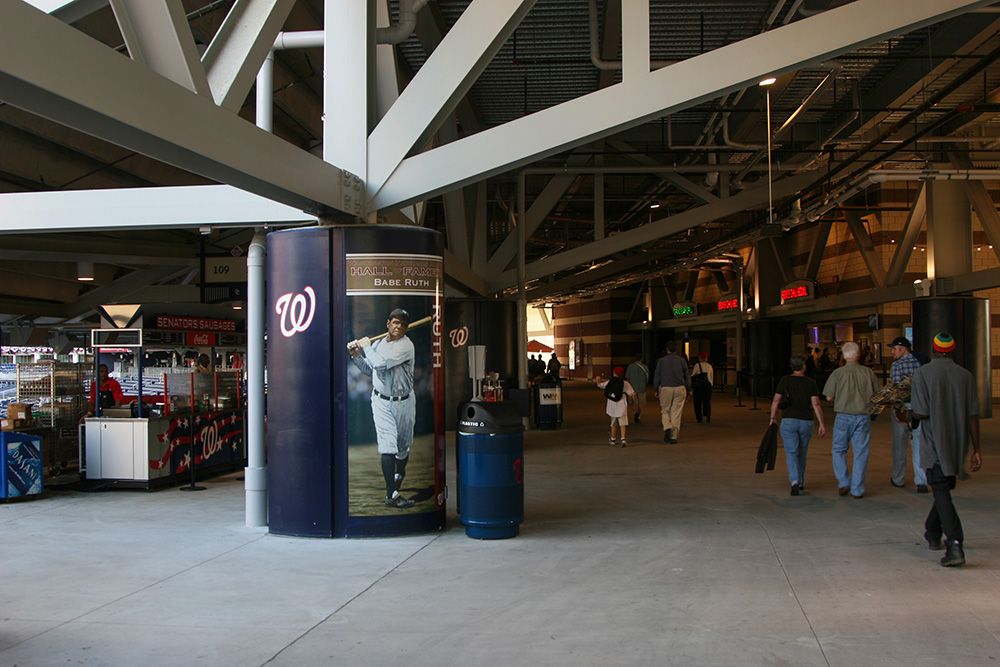 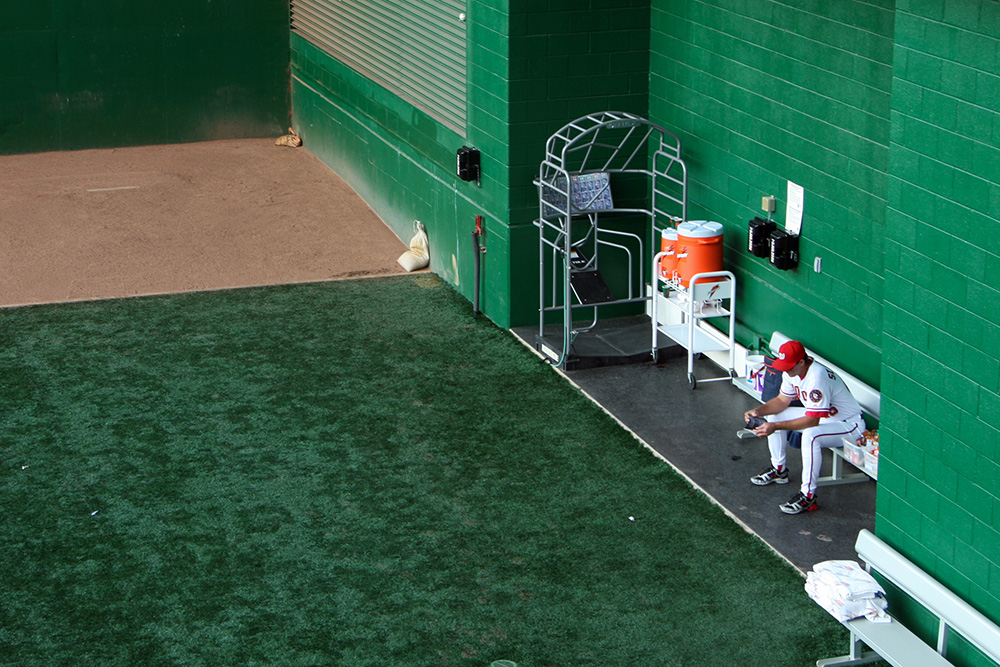 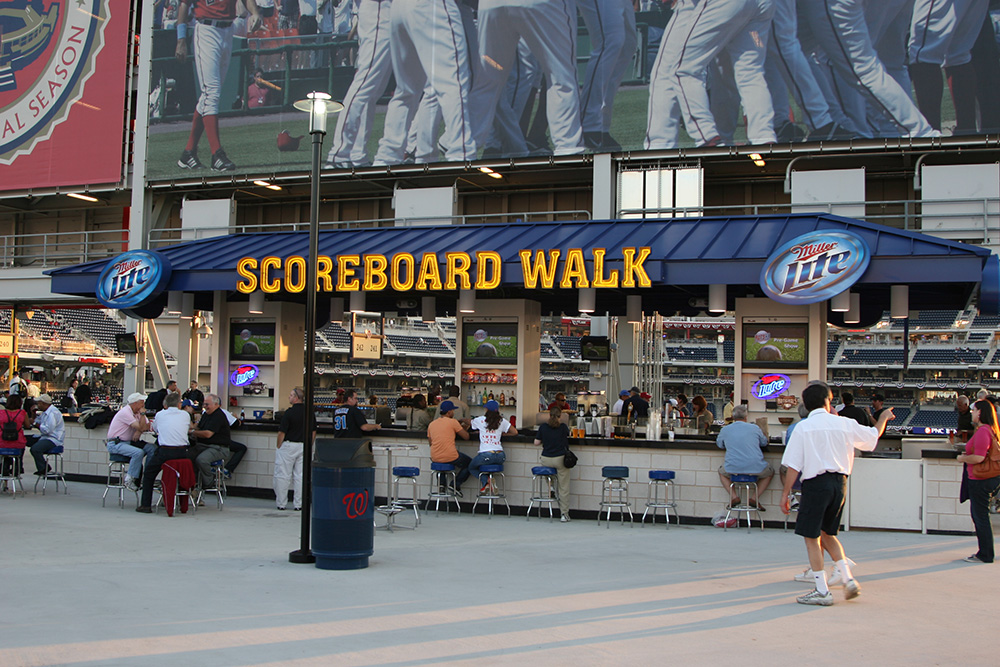 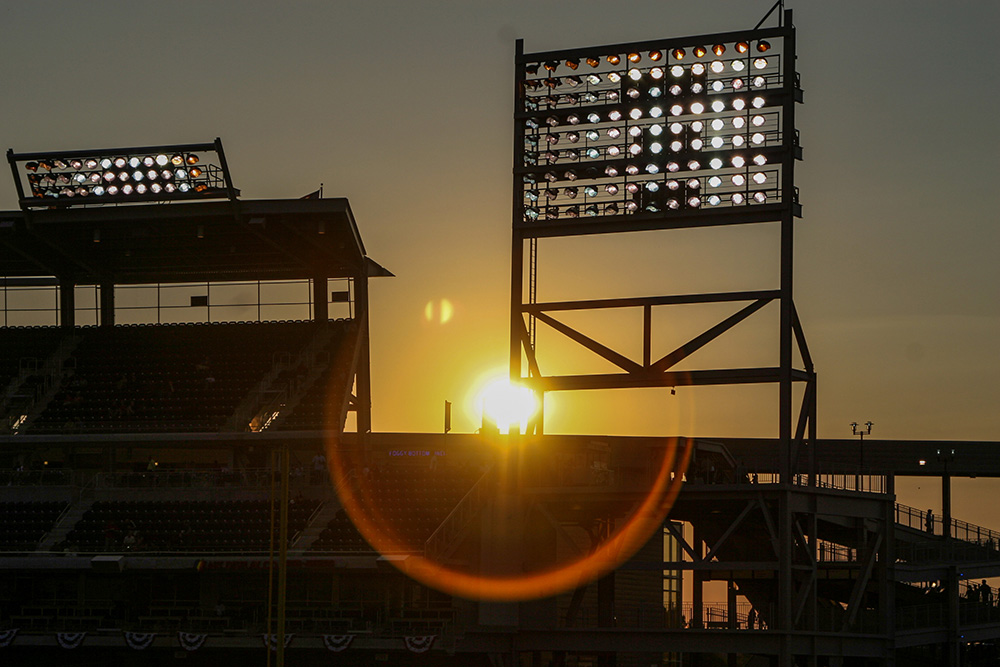 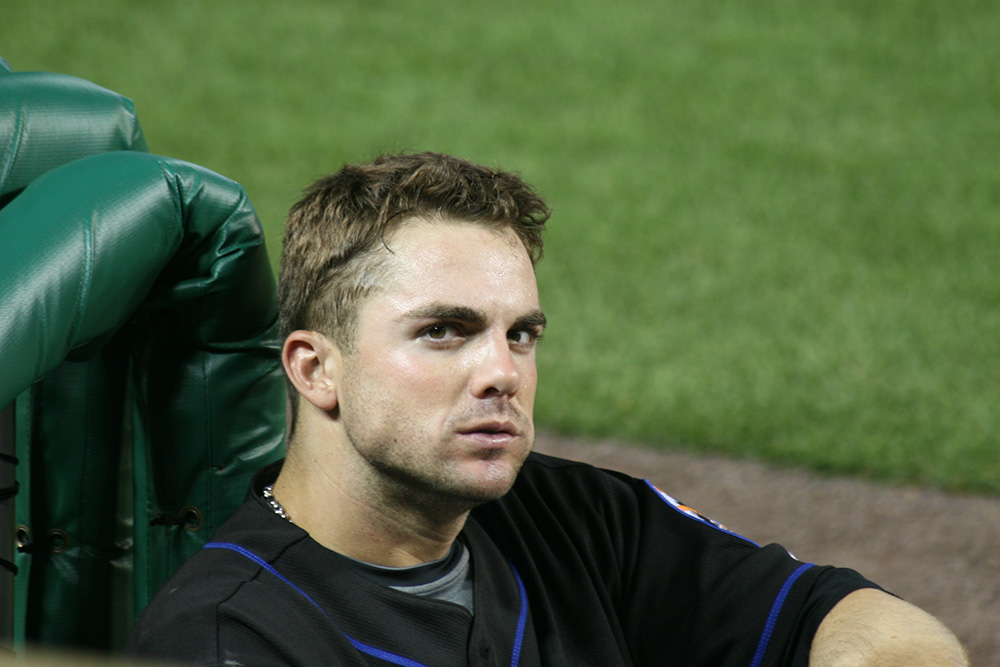 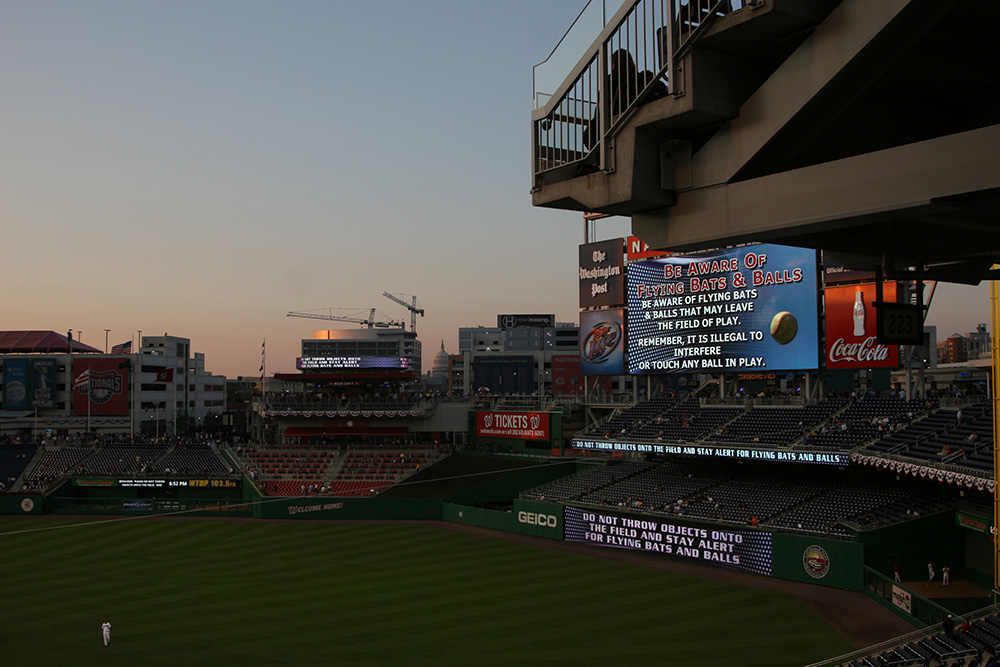 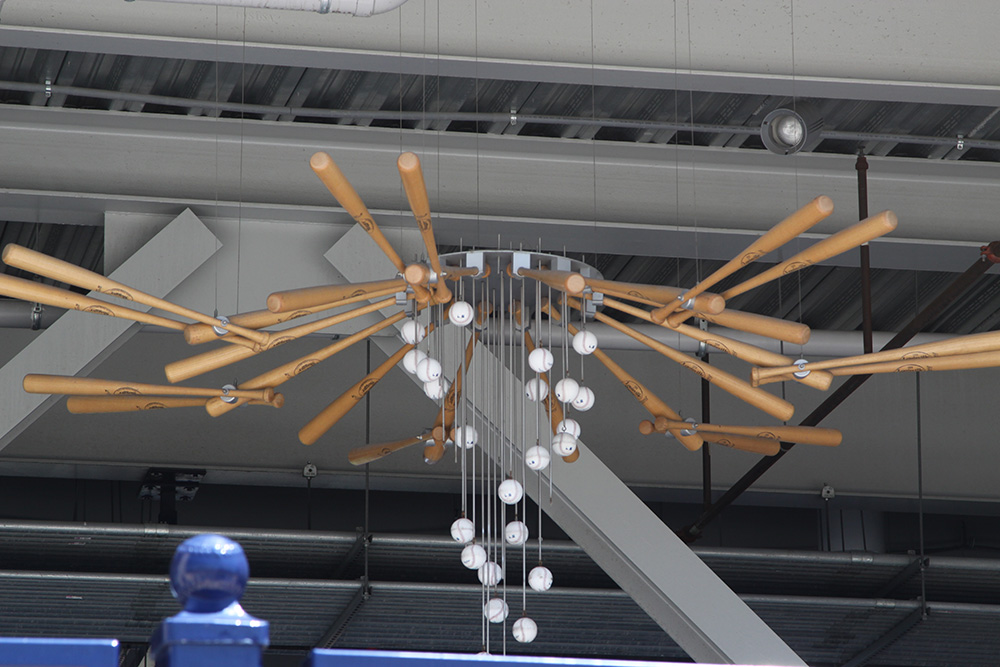 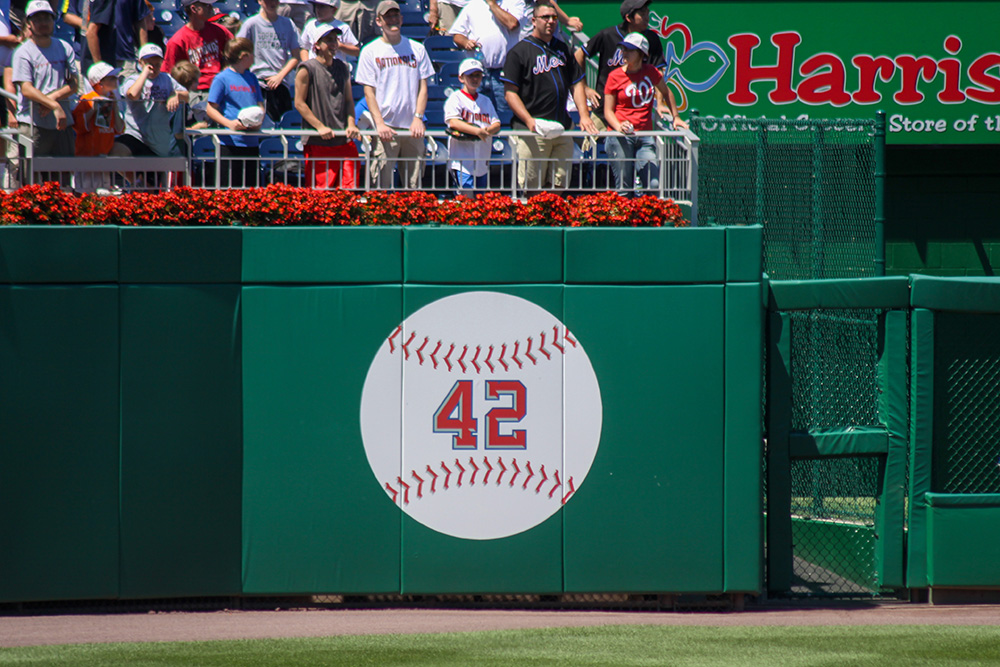 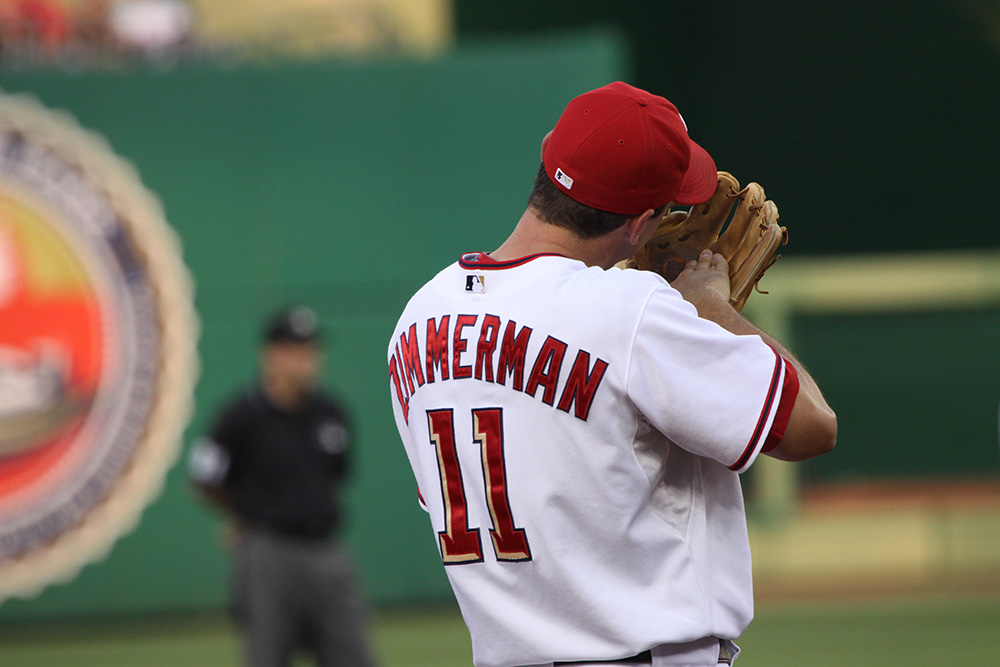 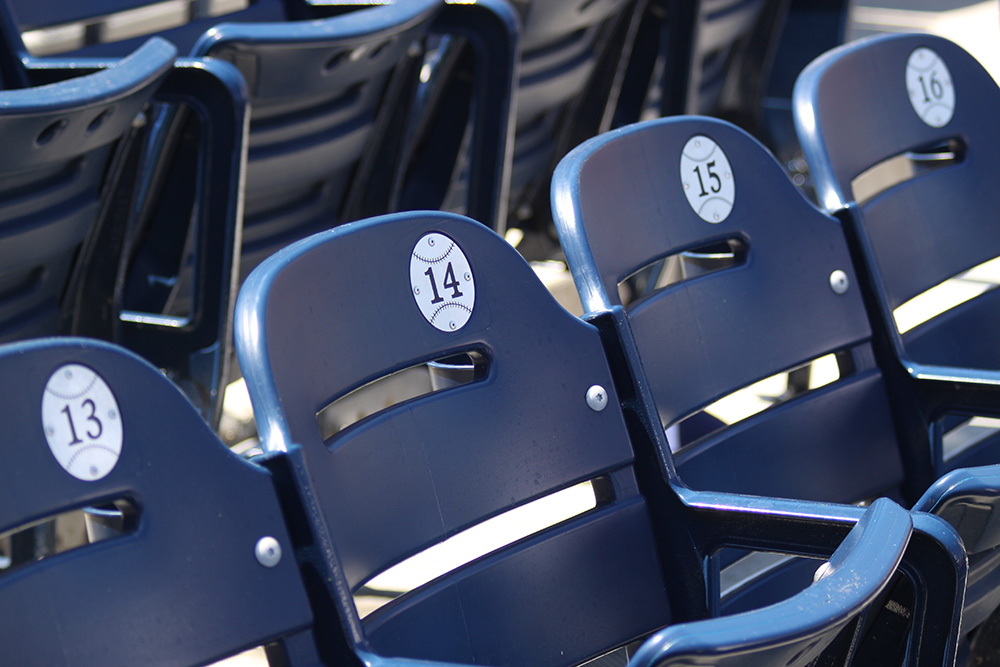 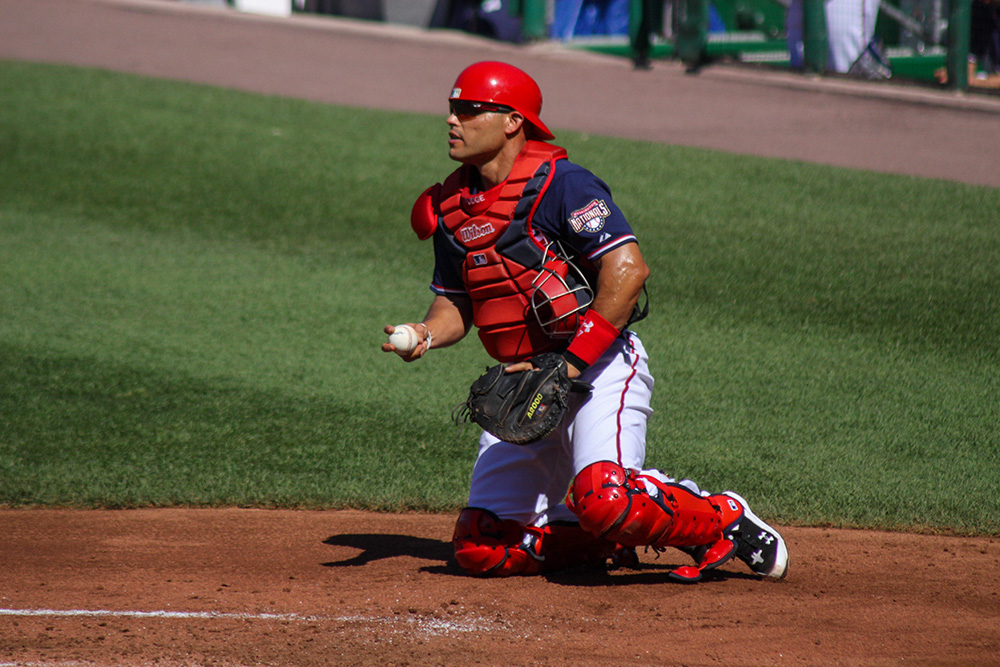 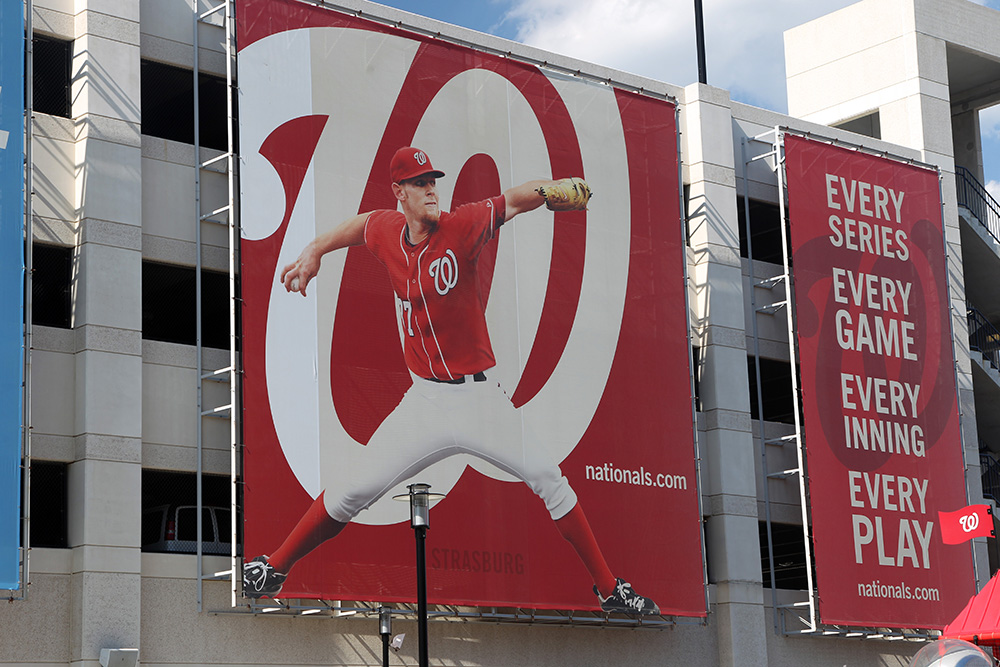 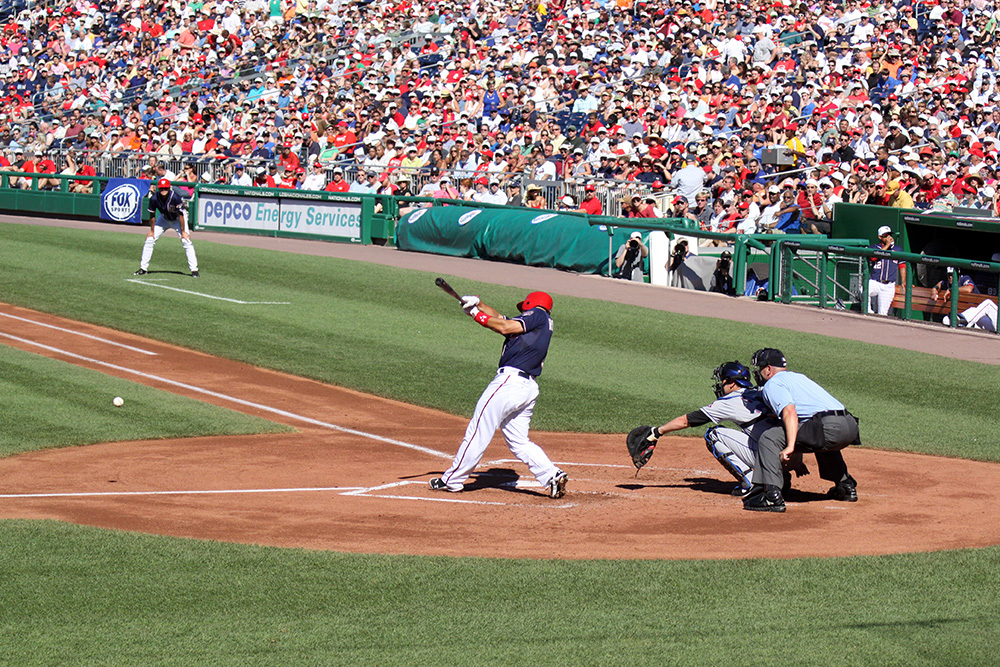 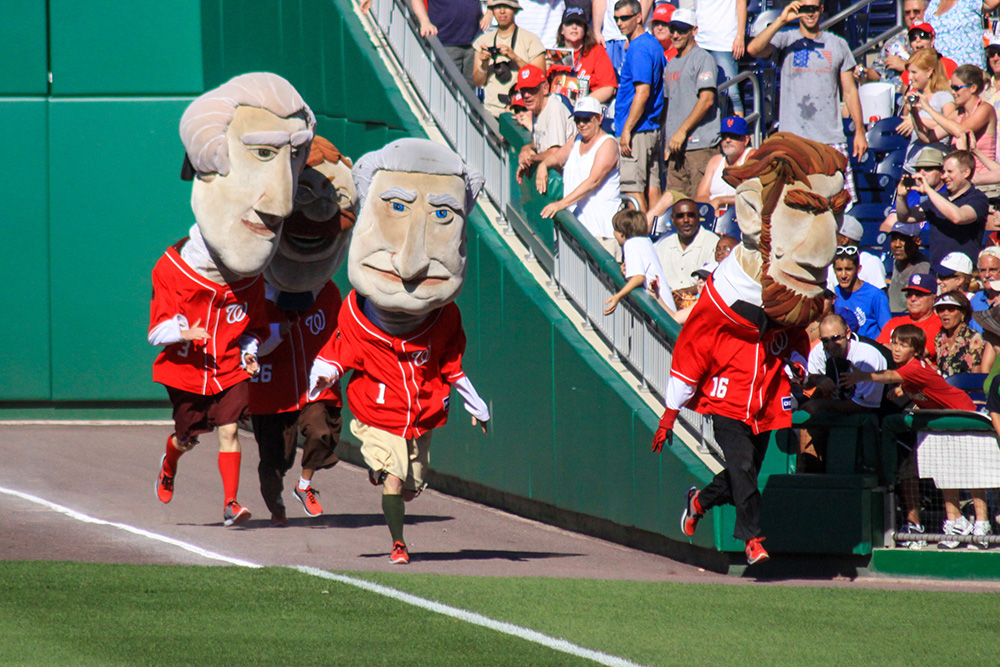 Ballpark: B - Great new ballpark, great scene for families and kids. Just need a better front office to improve the team and increase fan base.

Fans & Atmosphere: B - Great baseball scene for a new franchise that will lose about 115 games this year. Several ballpark improvement projects were completed by the Nationals during the off-season to improve the park.

Mascot: A - Screech the Eagle and the Mount Rushmore Presidents. The Presidents race every game, Teddy Roosevelt has never won a race in the four years the Nationals have played in D.C. Always around ballpark for fan photos.

Staff: B - Great and friendly staff, concessions people were great. I found one or two ushers unpleasant who discouraged booing or heckling of either teams.

Team Tradition: C -They don't acknowledge the Montreal Expos past and honor the two Washington Senators franchises that left town. The Nationals continue the nation's capital's baseball tradition of being first in war, first in peace and last in the National League East. A few great statues of the Senator greats in outfield pavillion.

Location: A - Nationals Park is located in the Southeast quadrant of Washington, D.C. on a block of South Capitol Street called Taxation Without Representation Street (a main artery separating Southeast from Southwest Washington) at the Anacostia River waterfront.