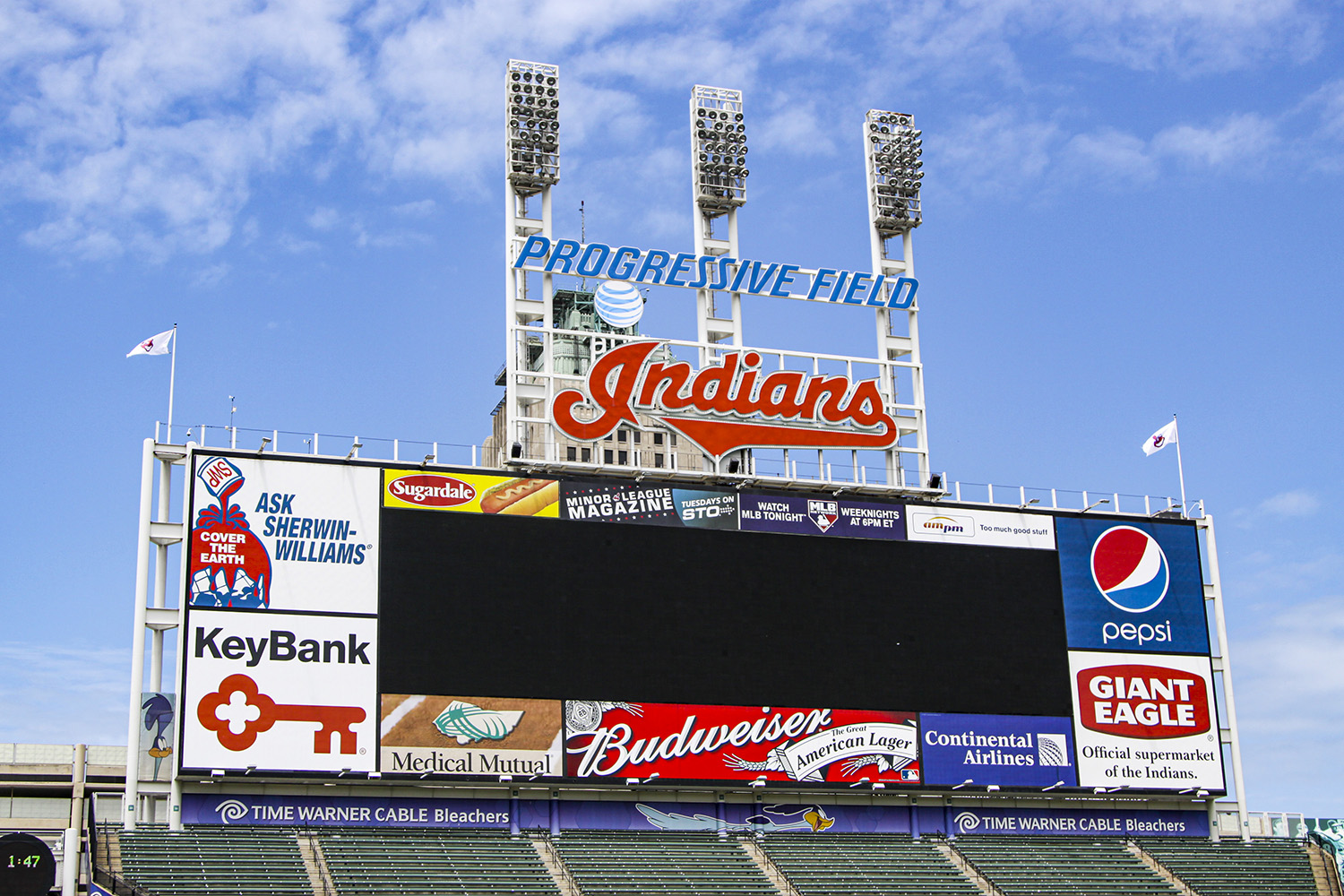 The Cleveland Indians home park Progressive Field is one of the best ballparks in all of baseball. Opened in 1994 and reminiscent of Baltimore's Oriole Park at Camden Yards, the former Jacobs Field is a retro and fan-friendly park.

Jacobs Field replaced Cleveland Municipal Stadium, which had the dubious nickname "The Mistake by the Lake." The facility, located just south of Lake Erie, was known for the biting cold winds that would blow into the stadium in winter and, for that matter, during much of the spring and fall.

Because of its proximity to the lake during hot summer nights, its lights attracted swarms of midges and mayflies.

If you attend batting practice, the gates open at 4:30 but you're limited to access to only the seats in right - centerfield. Plenty of balls are launched by hitters into the seats out there. Bring a glove, unless you like bruised fingers.

If you don't want to soak up some rays and watch batting practice, checkout Heritage Park, which is located in the outfield area by Gate C.

It's a must see - the walk-through area honors the Indians and Cleveland's long time baseball history 1869.

At 6pm the gates open to the rest of the ballpark. I asked several staff members for food recommendations. Milwaukee has brats, Dodger Stadium has Dodger dogs, and Philadelphia has cheesesteaks - so I wanted to sample what the former Jake was famous for.

But there seemed to be no consensus at Progressive Field - a hot dog perhaps, one usher responded. One staff member chased me down and suggested a concession stand called Cleats.

At Cleats, I had a cheeseburger and waffle fries. Most ballparks burgers are okay but the Cleats burger was great. I didn't try anything else. The temperature was in the mid 80's and humid, so food was not in my plans.

As I walked around taking photos, many of the ushers and staff members were friendly and helpful. They offered suggestions on where to go anwhat to see.

Fans are close to the field and the seats are directed towards the infield; there's plenty of leg room and space to move around.

You can see all the action on the field from concession stands except behind home plate on the field level. At least they don't have a black jacket like the new Yankee Stadium does.

Fans around me were disappointed by the lack of support by other Indian fans; they were all more concerned about the Browns and whether LeBron James would return to the Cavs.

It was great to see families with young children at a game without abusive language ignited by beer. The view of buildings in downtown Cleveland enhanced the atmosphere.

Raffles and trivia contests involving fans in between innings keep fans entertained. One young fan eagerly awaited the hot dog race at the end of the fifth inning featuring the ketchup, mustard and onion hot dogs. 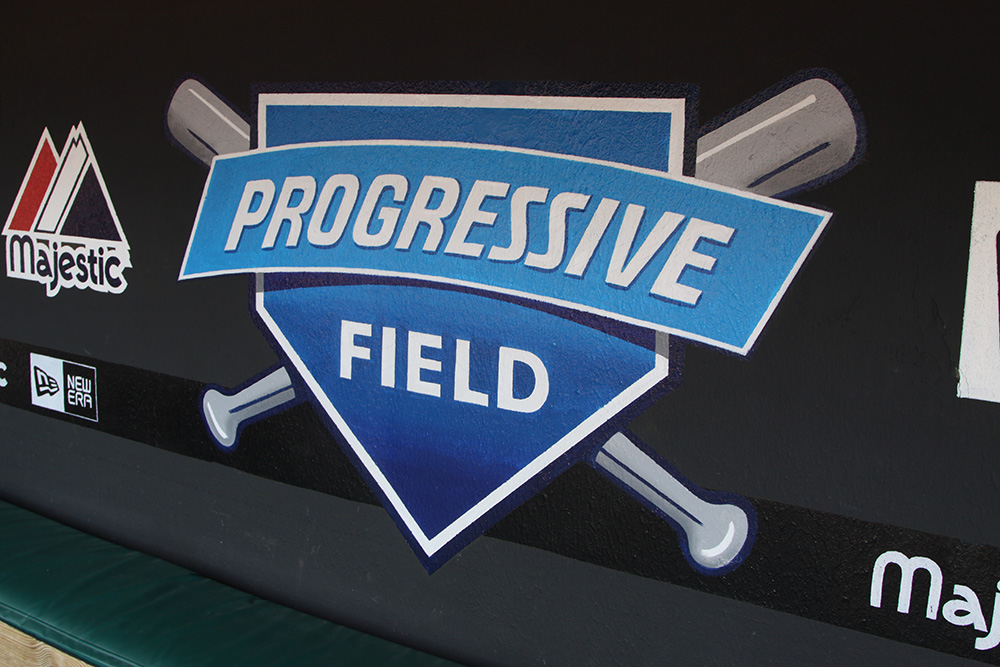 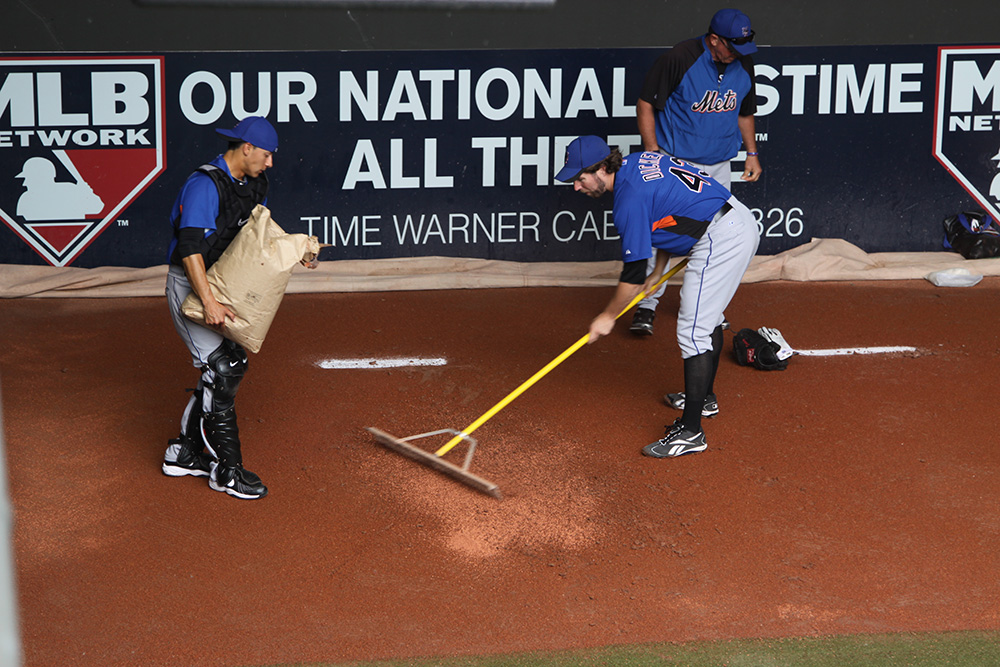 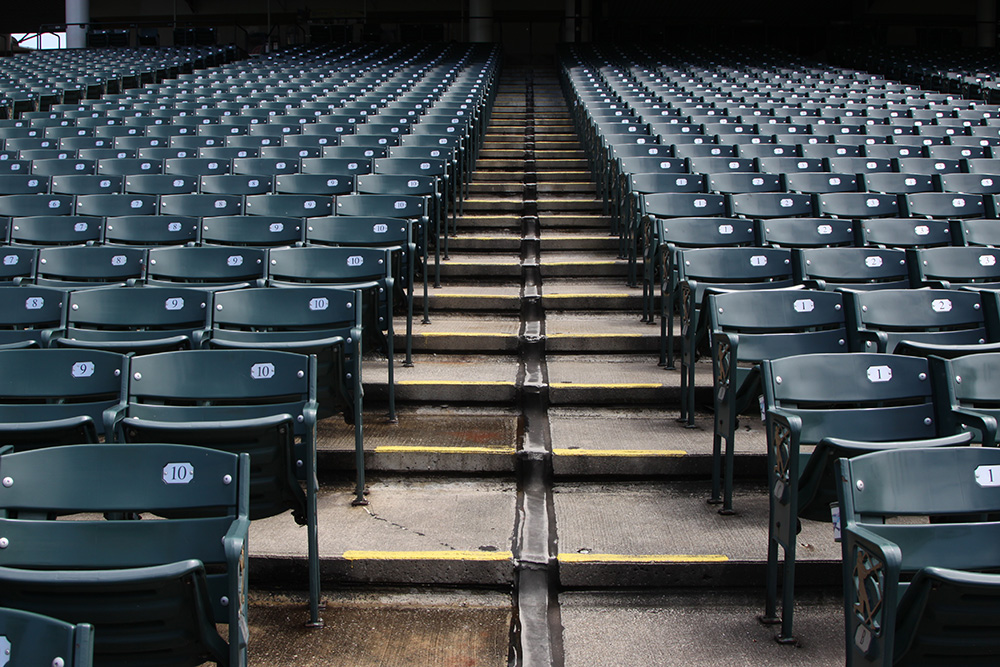 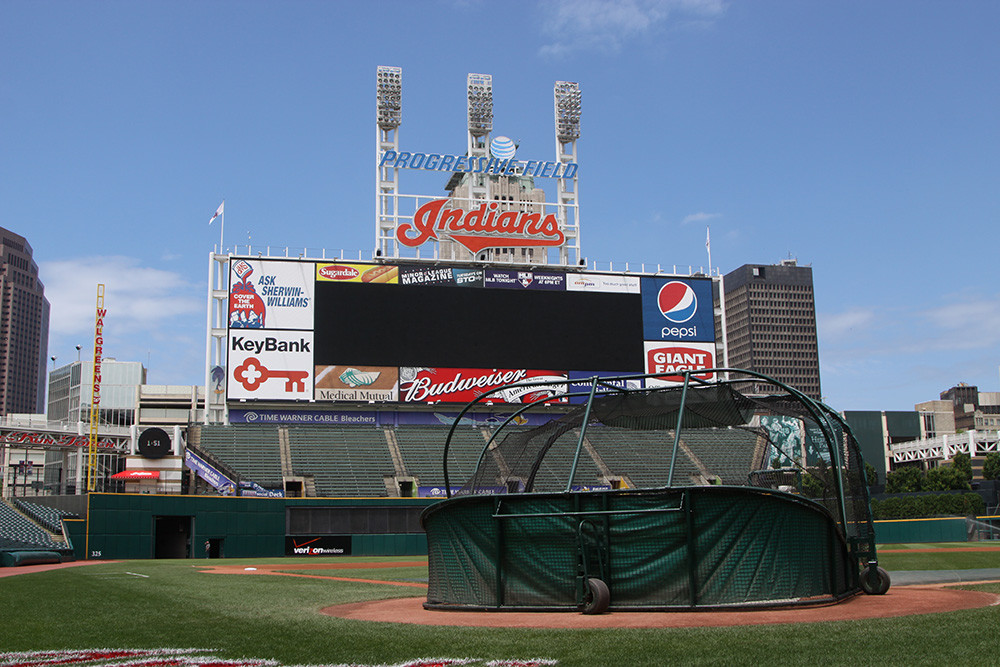 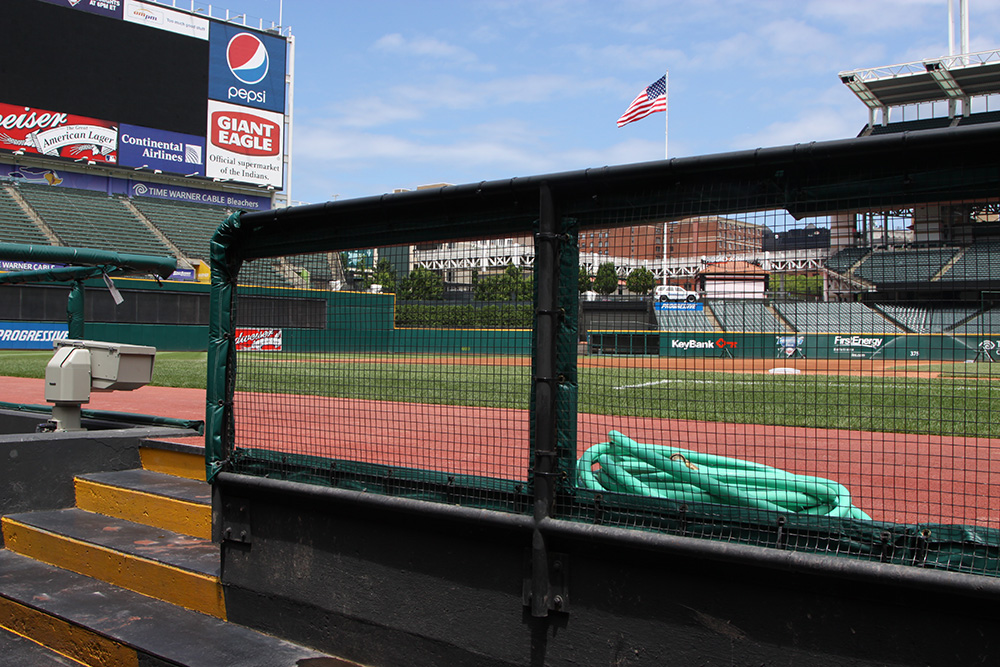 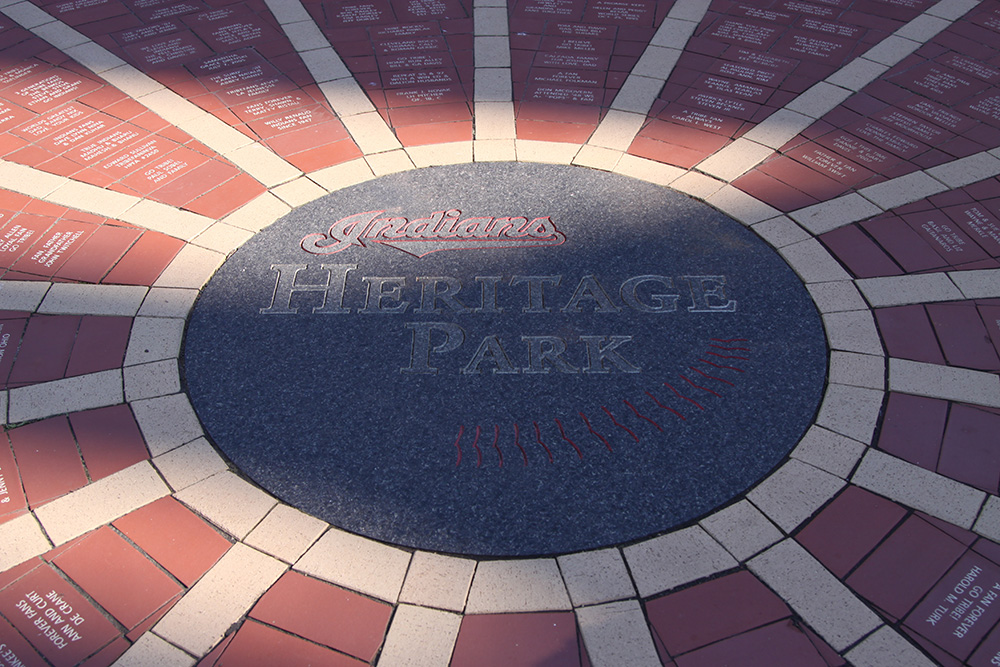 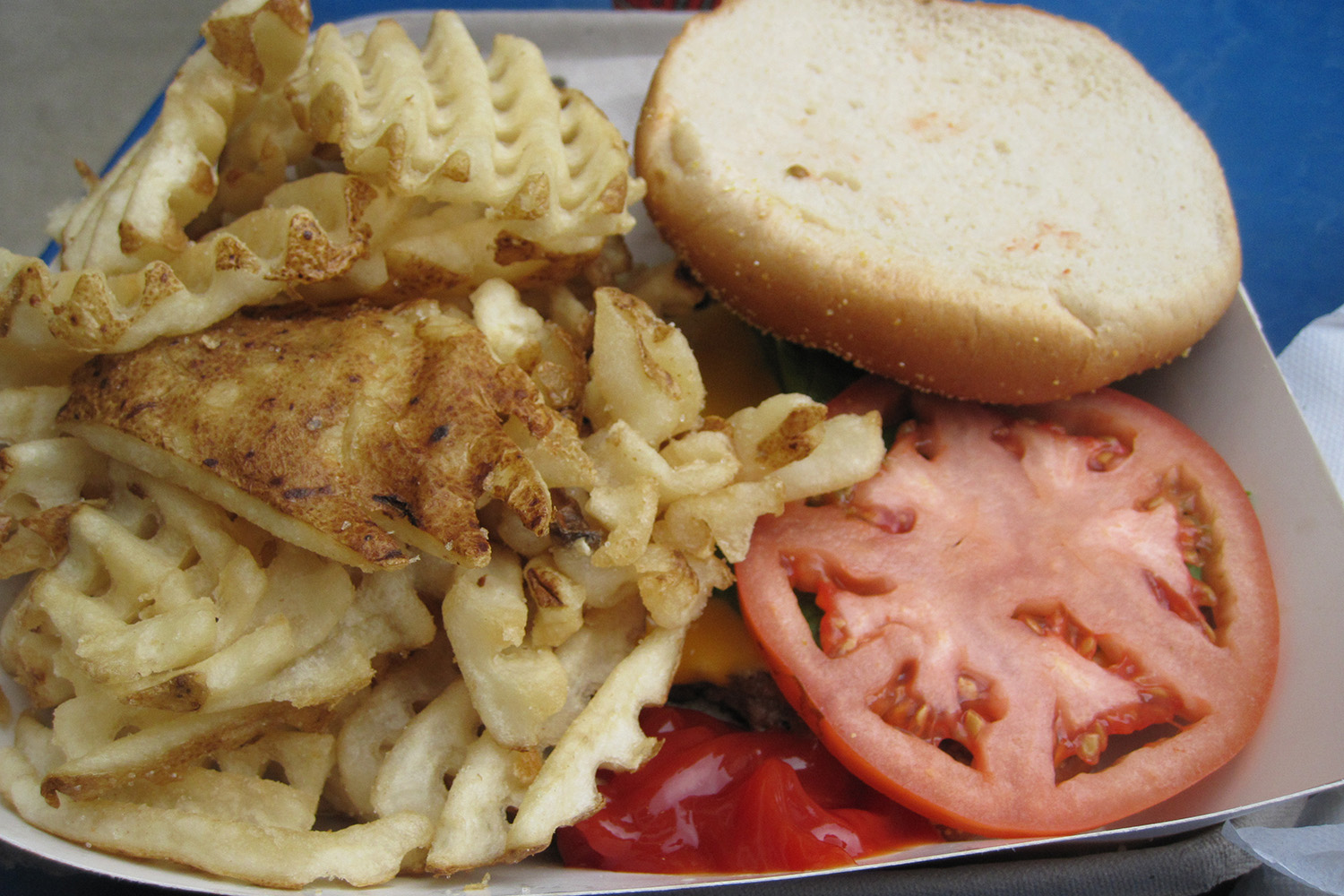 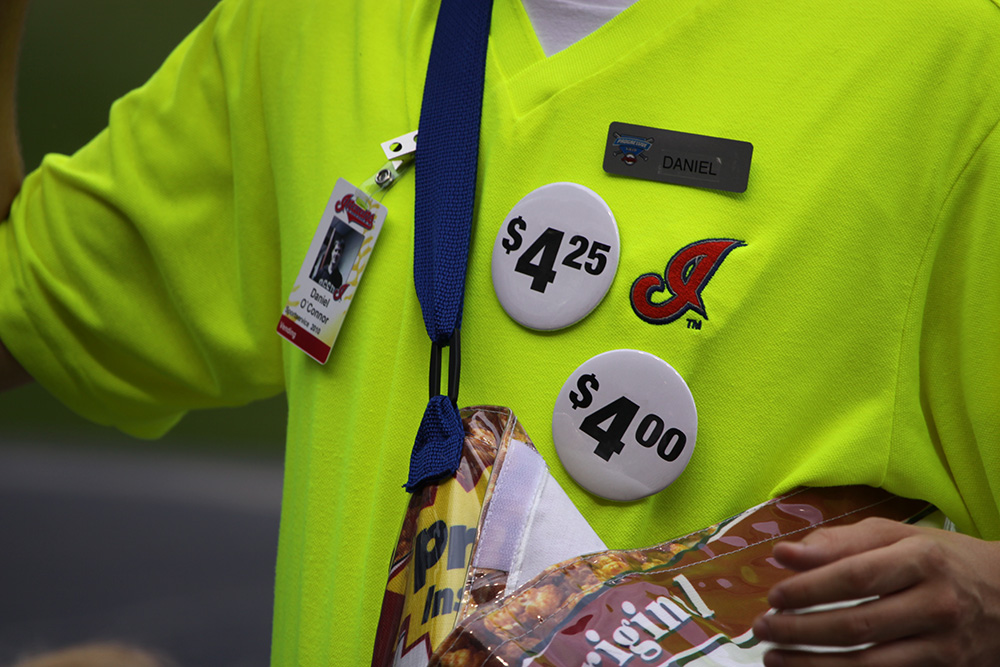 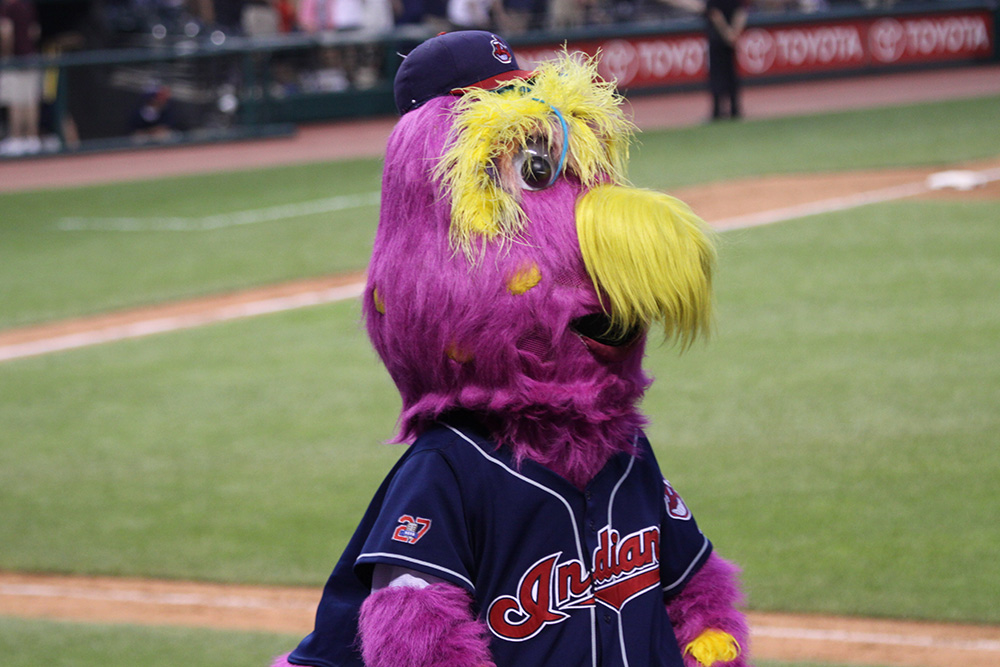 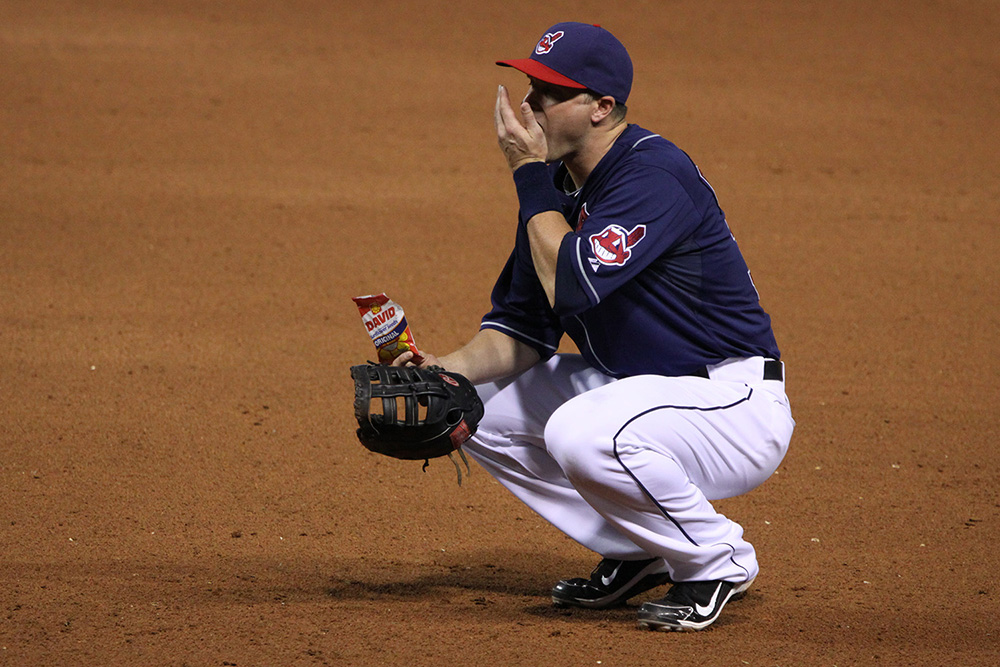 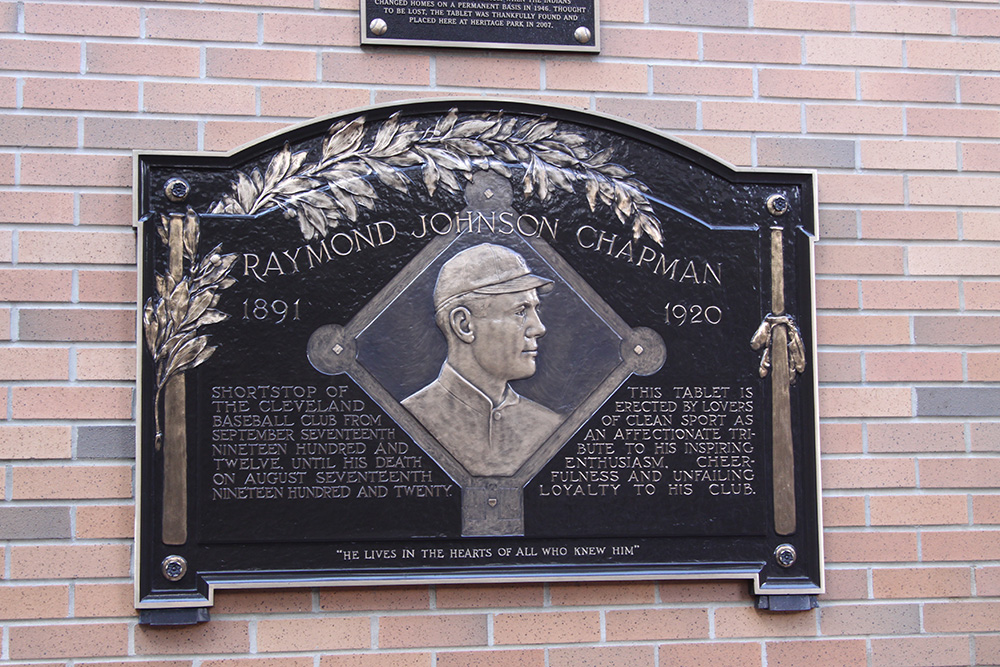 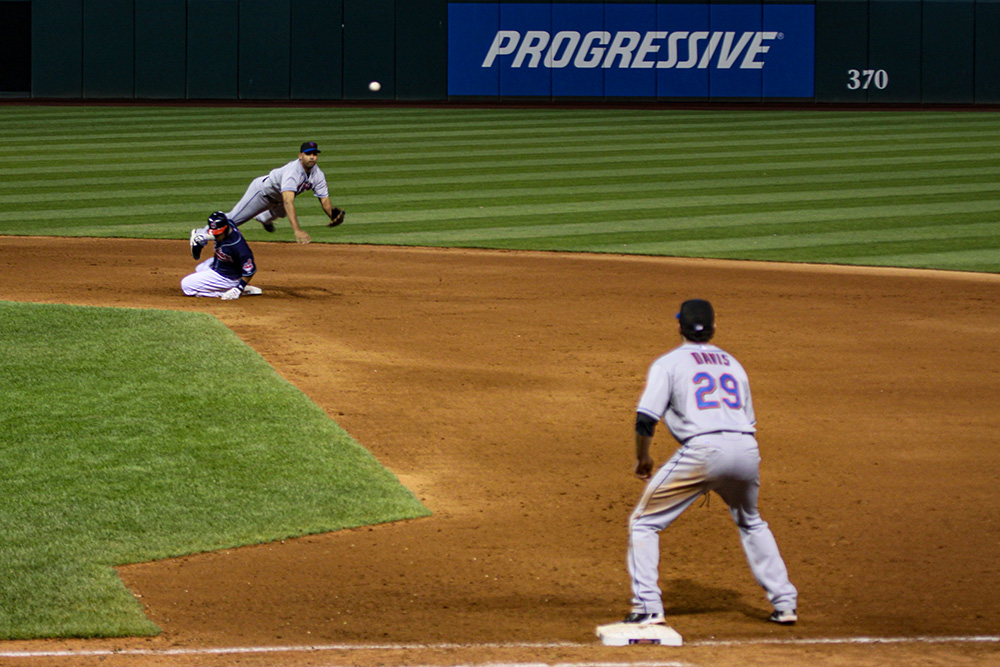 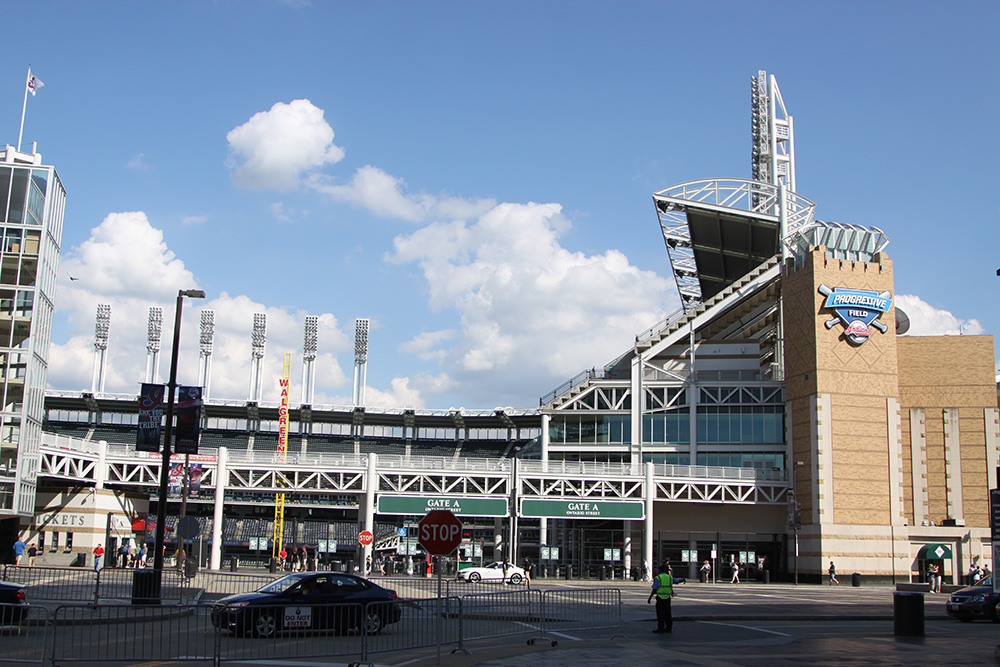 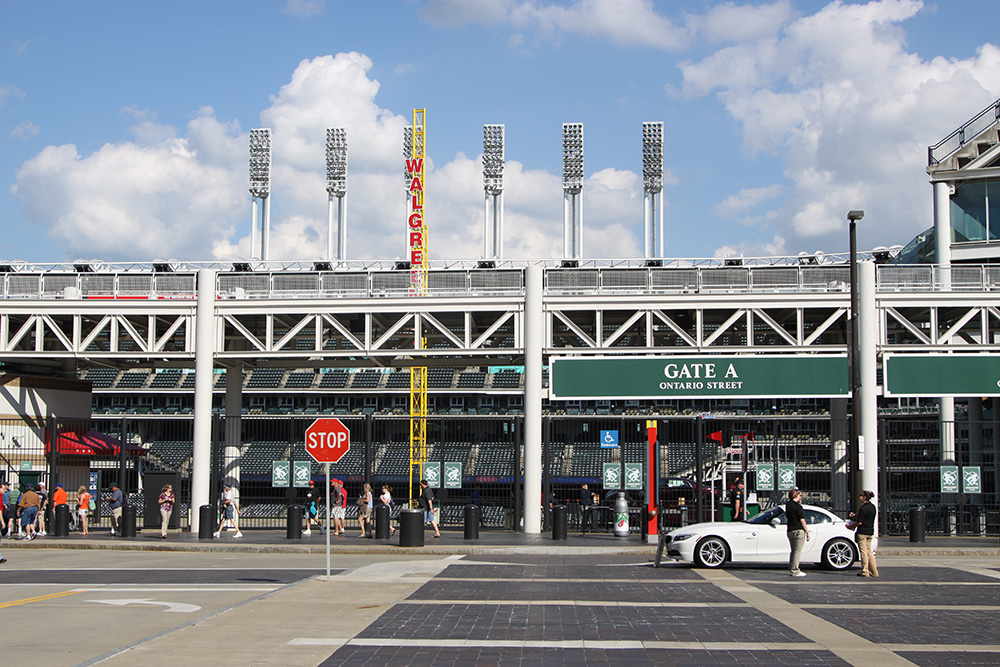 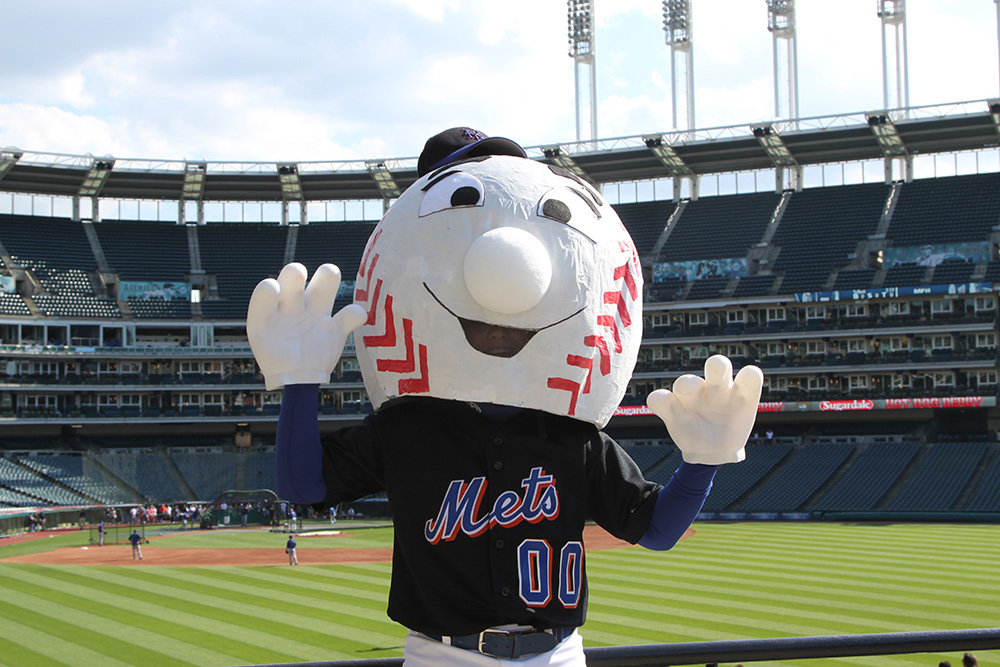 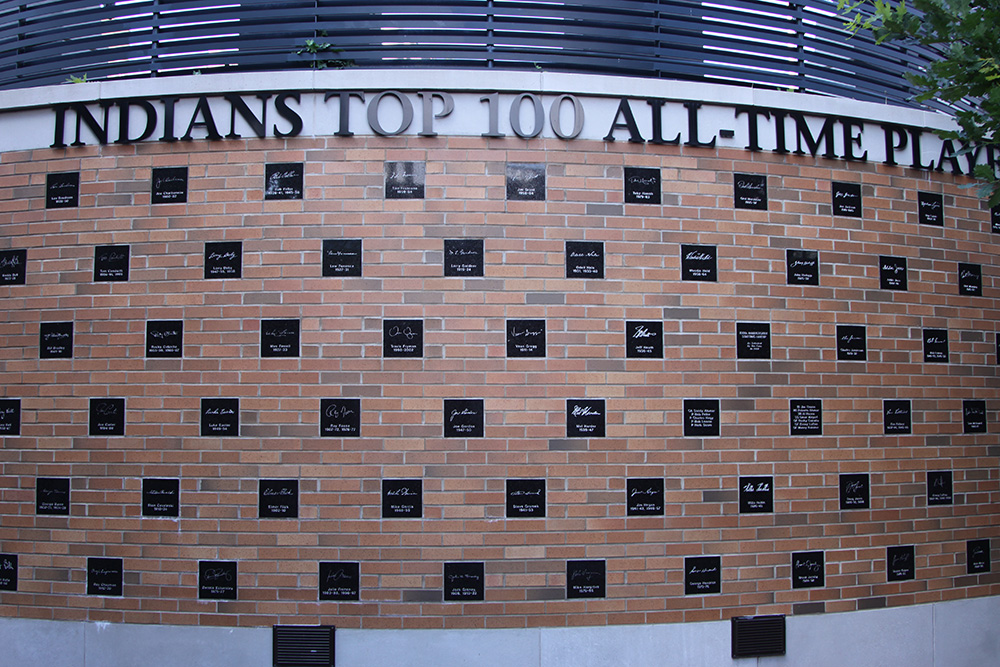 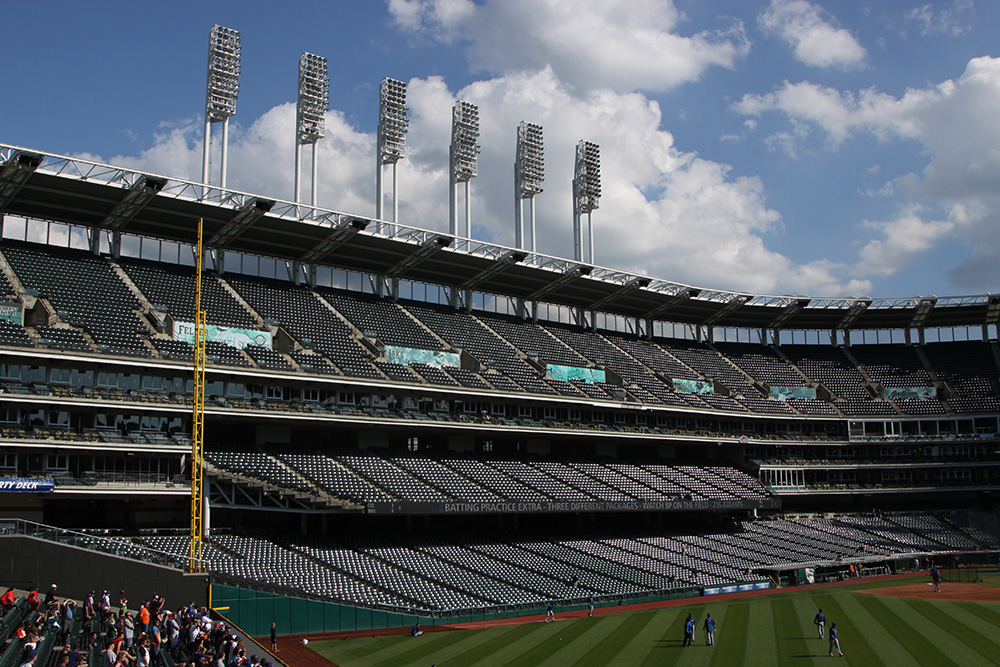 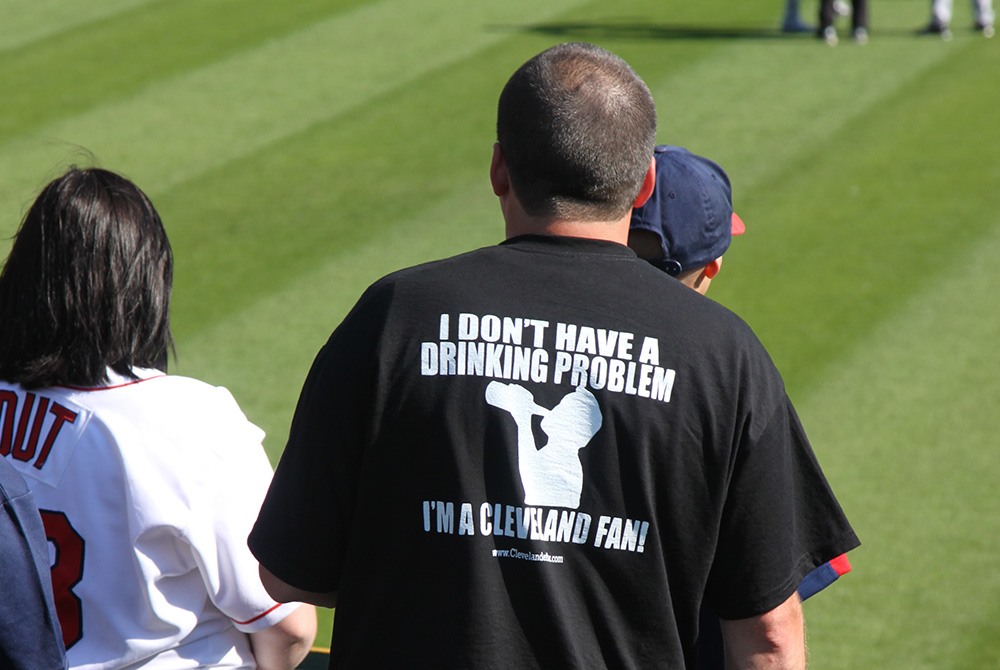 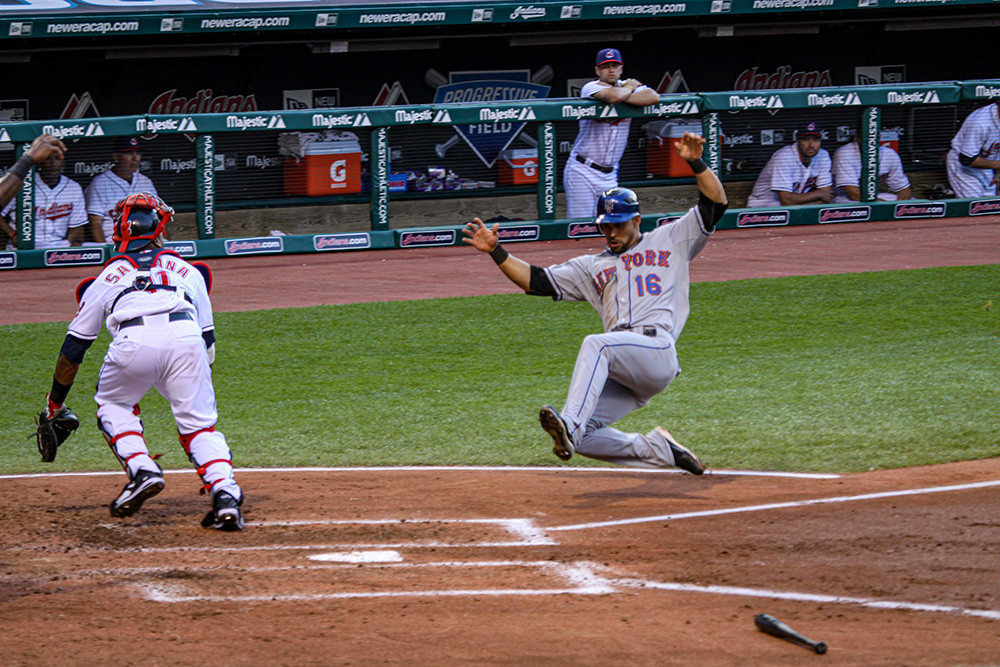 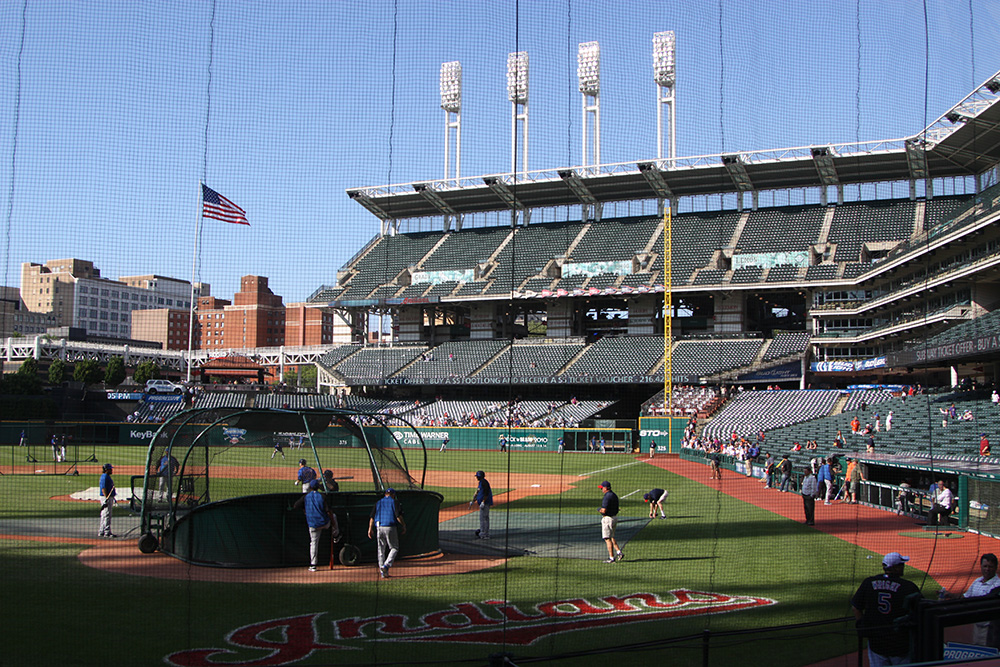 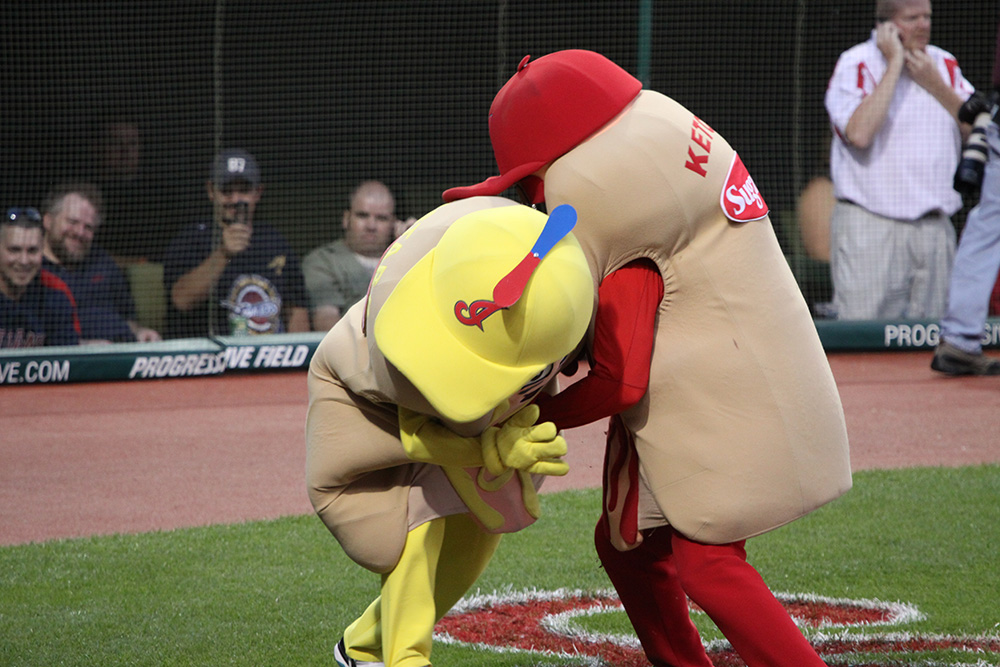 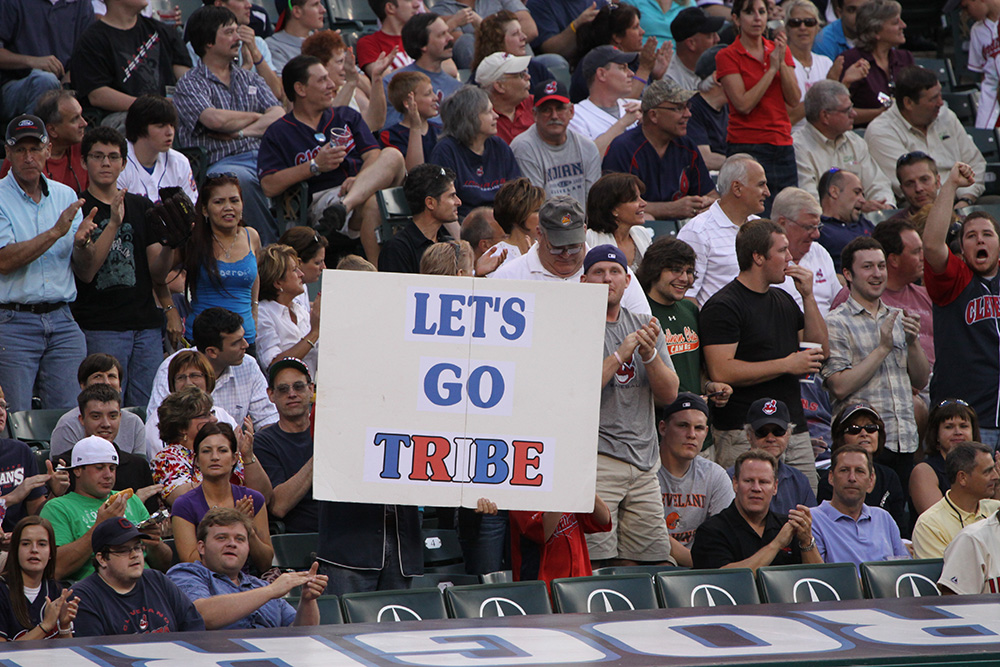 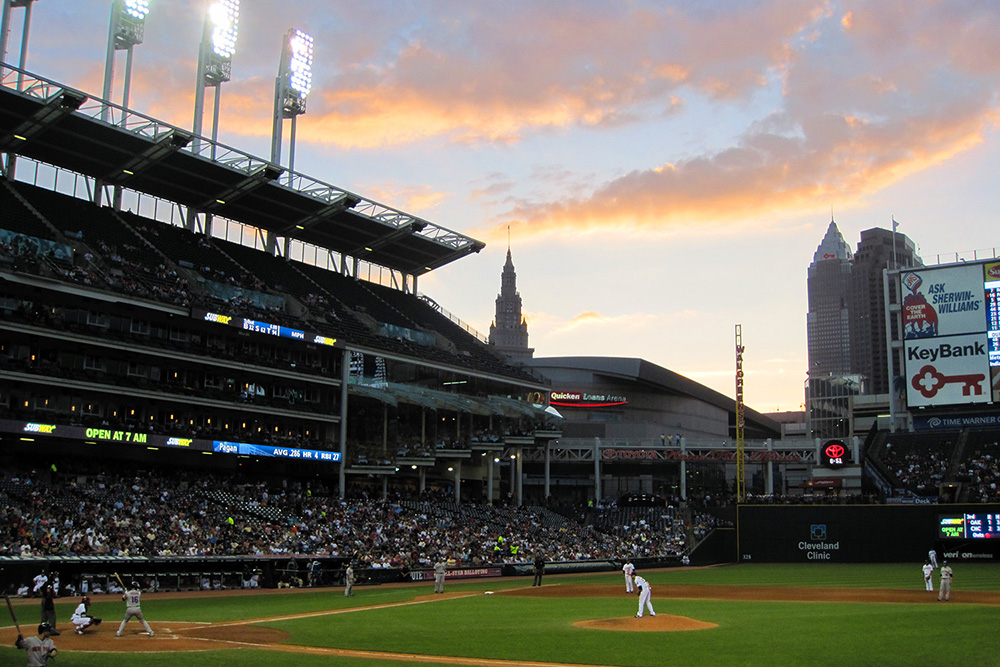 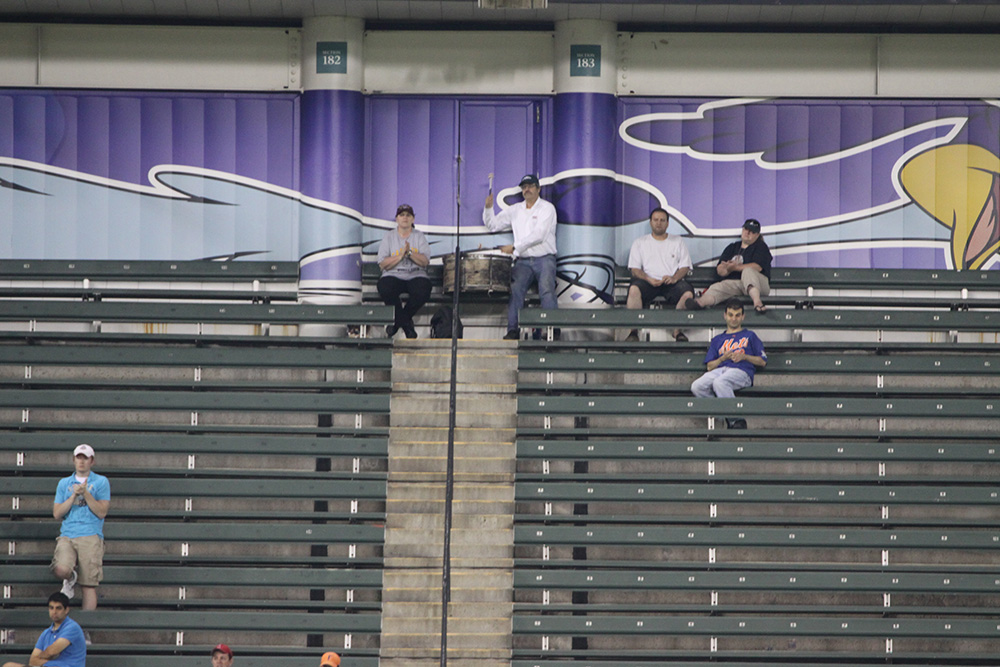 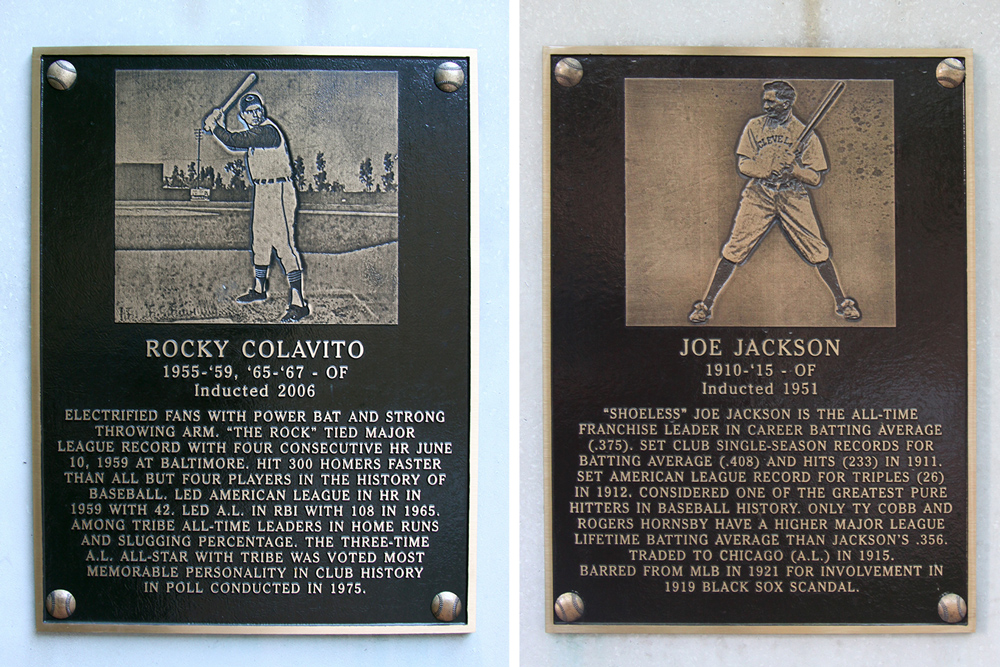 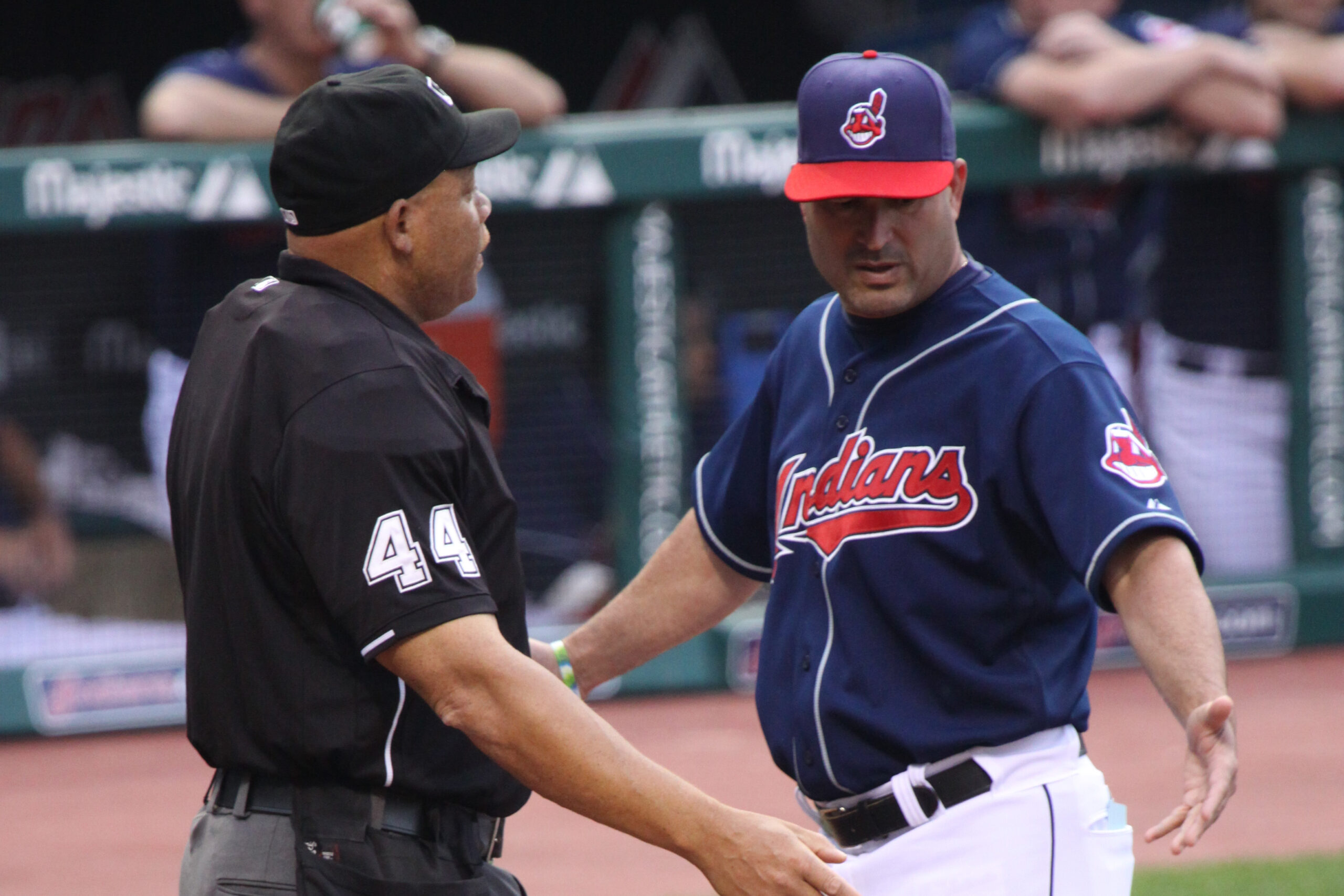 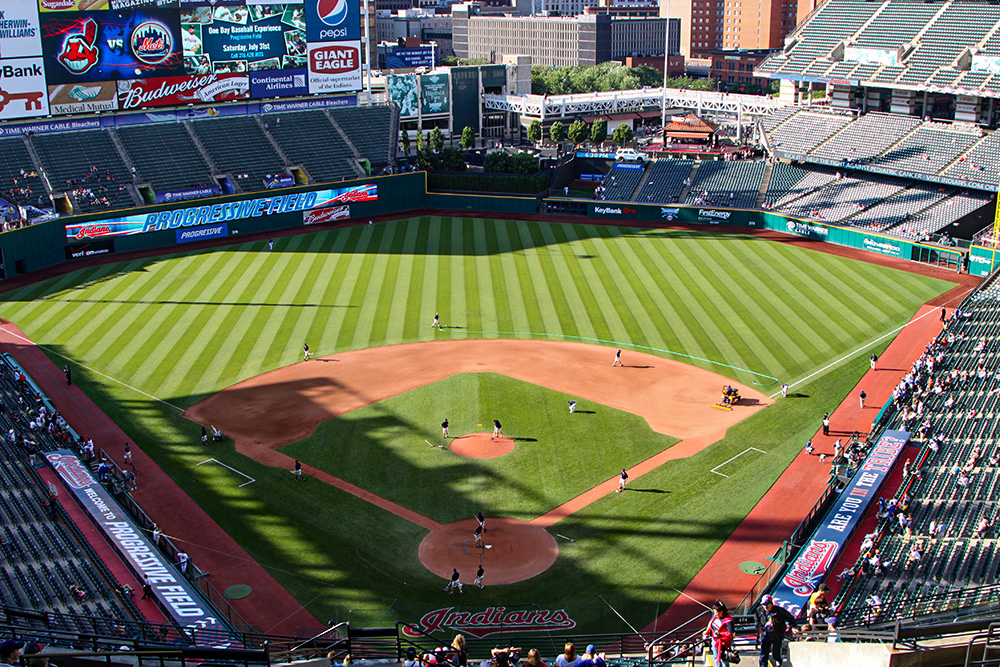 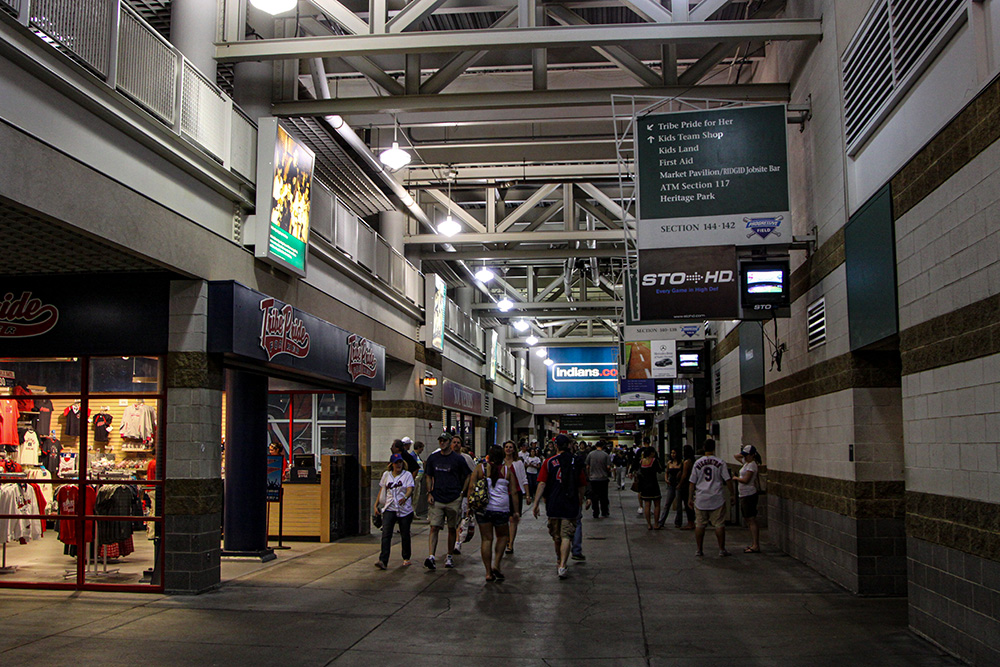 Ballpark: A - Great tour and baseball environment. Too bad they always sell off young talent and rebuild. Tour guide knew his team's history unlike other guides who were not as knowledgeable.

Fans & Atmosphere: A - Great ballpark, much like Oriole Park at Camden Yards. Plenty of places to go to after the game. Felt the pain of one fan next to me. As many Met fans as Tribe fans there. My seats were 9 rows from the Mets dugout, $47.00.

Food: B - Cheeseburger with lettuce and tomatoes, waffle fries, large lemonade for $10.25! Was not bad for ballpark food.

Staff: D - Team store and tour leader were very nice. Vendors and ushers were kind of friendly. Security guards were just not nice at all to anyone. Poorly trained and need a refresher from HR on how to treat customers.

Team Tradition: A - Very Good; Small market team can't compete with other teams in larger markets. Big league baseball is one of the city's oldest baseball traditions, dating back to 1869. Great walk of fame

Location: A - Downtown Cleveland, Ohio. Walked everywhere, even to the Rock-N-Roll Hall of Fame. Plenty of bars and restaurants nearby for meals before and after the game.