RFK is the fourth-oldest active stadium in Major League Baseball behind Fenway Park, Wrigley Field and Yankee Stadium. But unlike the three older parks, RFK has no charm or the history. (Photo: Gordon Donovan)

The stadium was opened in October 1961 as the District of Columbia Stadium (D.C. Stadium for short). The stadium was renamed in January 1969, for U.S. Senator and presidential candidate Robert F. Kennedy, who had been assassinated in Los Angeles the previous June.

The announcement was made by Secretary of the Interior Stewart Udall on January 18, in the last days of the Johnson Administration.

As attorney general in the early 1960s, Kennedy's Justice Department played a role in the racial integration of the Redskins. Along with Udall, Kennedy threatened to revoke the team's lease at the federally-owned stadium until it promised to sign African American players.

The expansion Washington Senators of the American League played at RFK Stadium from 1962 through 1971. They played their first season in 1961 at Griffith Stadium, now the site of the medical center for Howard University.

In its ten seasons as the Senators' home field, RFK Stadium was known as a hitters' park. Slugger Frank Howard hit a number of tape-measure home runs in his career, a few of which landed in the center field area of the upper deck.

The seats he hit with his home runs are painted white, rather than the gold of the rest of the upper deck. Left fielder Howard came to the Senators from the Los Angeles Dodgers in 1965.

He also hit the last home run in the park's original tenure, in the sixth inning on September 30, 1971.

With two outs in the top of the ninth, a fan riot turned a 7–5 Senators lead over the New York Yankees into a 9–0 forfeit loss, the first in the majors in 17 years.

The Senators only had one season over .500, in 1969, and never made the postseason. The stadium hosted the All-Star Game twice, in 1962 (first of two) and 1969, both won by the visiting National League. President Kennedy threw out the first ball at the 1962 game.

The Senators' final game was at RFK on Thursday night, September 30, 1971, with less than 15,000 in attendance. Rains from Hurricane Ginger threatened the event, but the game proceeded.

Fan favorite Frank "Hondo" Howard hit a home run (RFK's last until 2005) in the sixth inning to spark a four-run rally to tie the game; the Senators scored two more in the eighth to go up 7–5, but the game was forfeited (9–0) to the Yankees after unruly fans stormed the field with two outs in the top of the ninth.

Subsequent efforts to bring baseball back to RFK, including an attempt to attract the San Diego Padres in 1973, and a plan to have the nearby Baltimore Orioles play eleven home games there in 1976, all failed.

The former was derailed by lease issues with the city in San Diego, and the latter was shot down by commissioner Bowie Kuhn, who wanted to bring one of four expansion teams instead.

The expansion for 1977 was later reduced to two teams, Toronto and Seattle, and the next wasn't until 1993.

Formerly the Montreal Expos, the Washington Nationals of the National League played their first three seasons (2005–2007) at the stadium, while Nationals Park was under construction.

RFK Stadium is the fourth-oldest active stadium in the majors, behind Fenway Park, Wrigley Field, and Yankee Stadium. 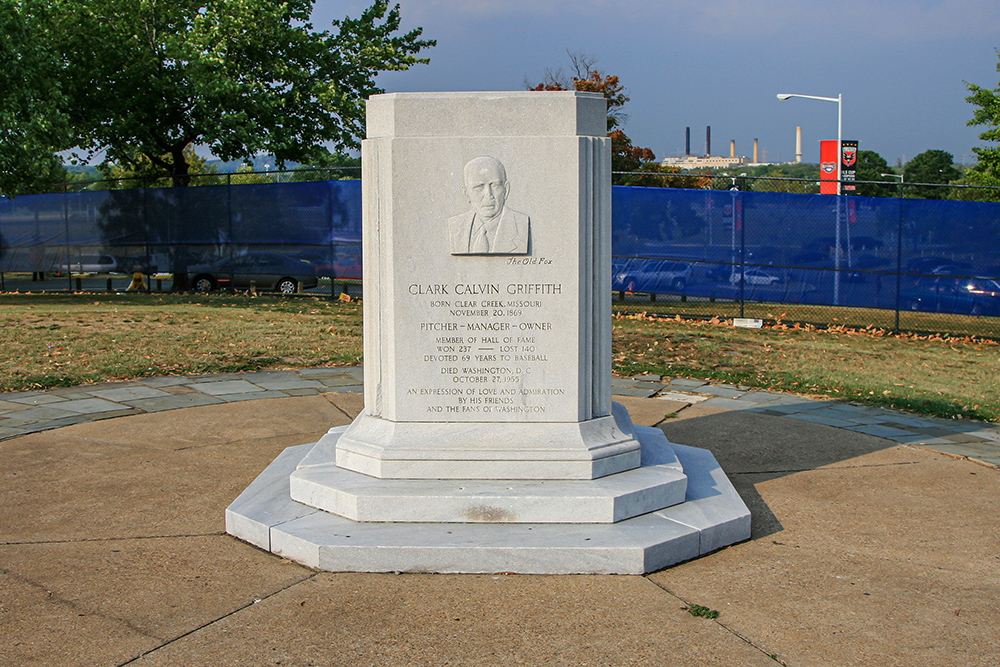 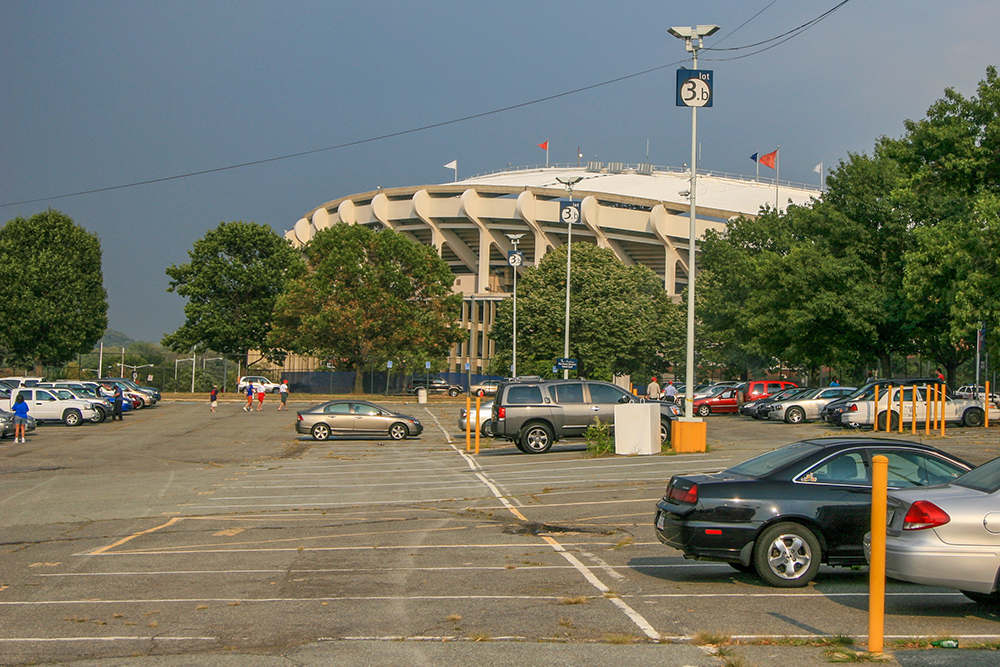 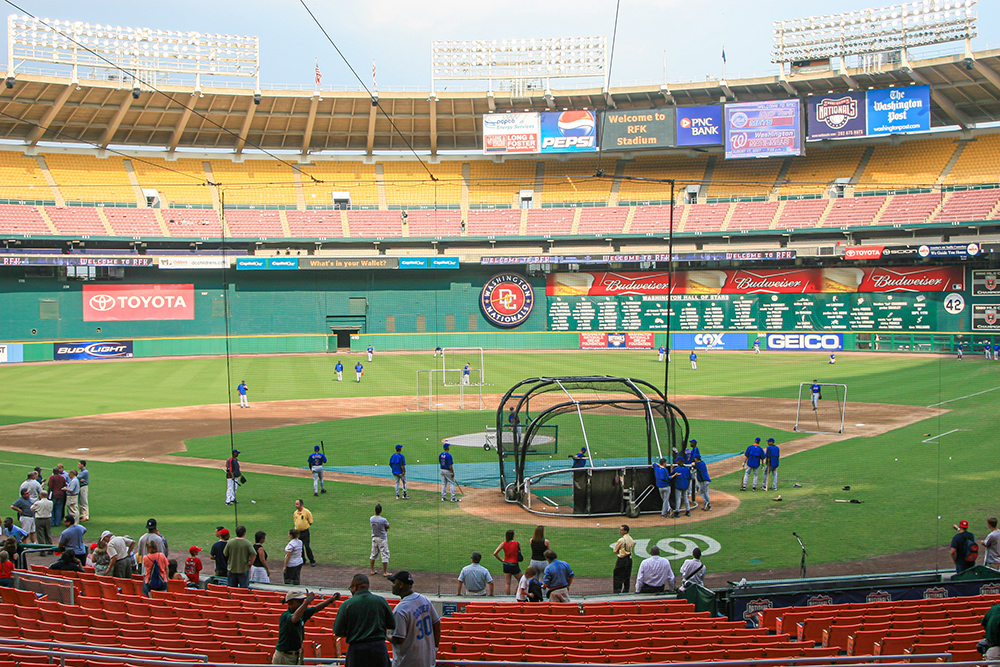 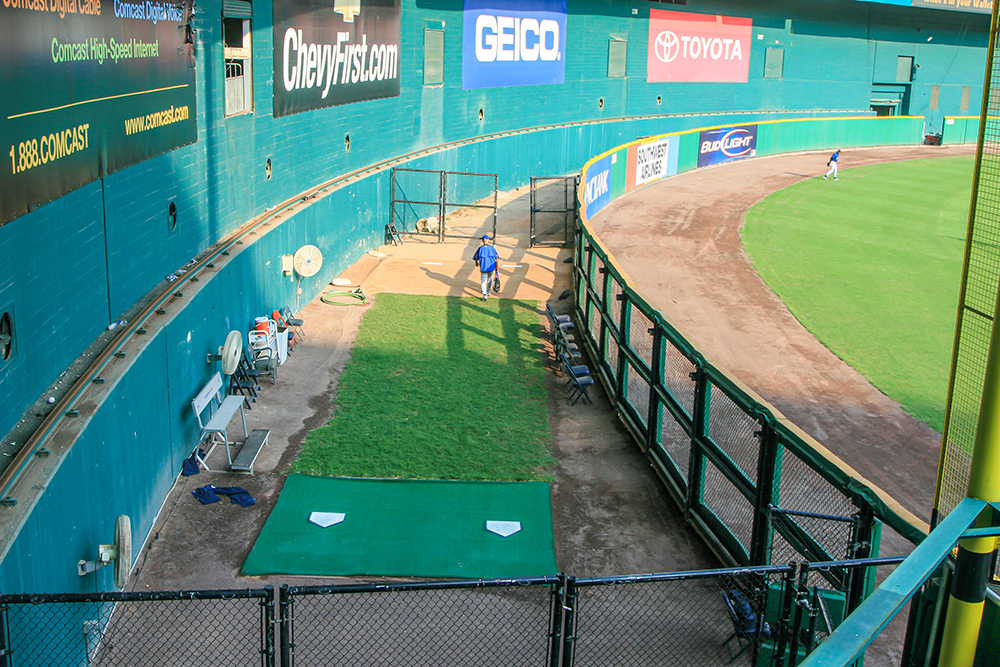 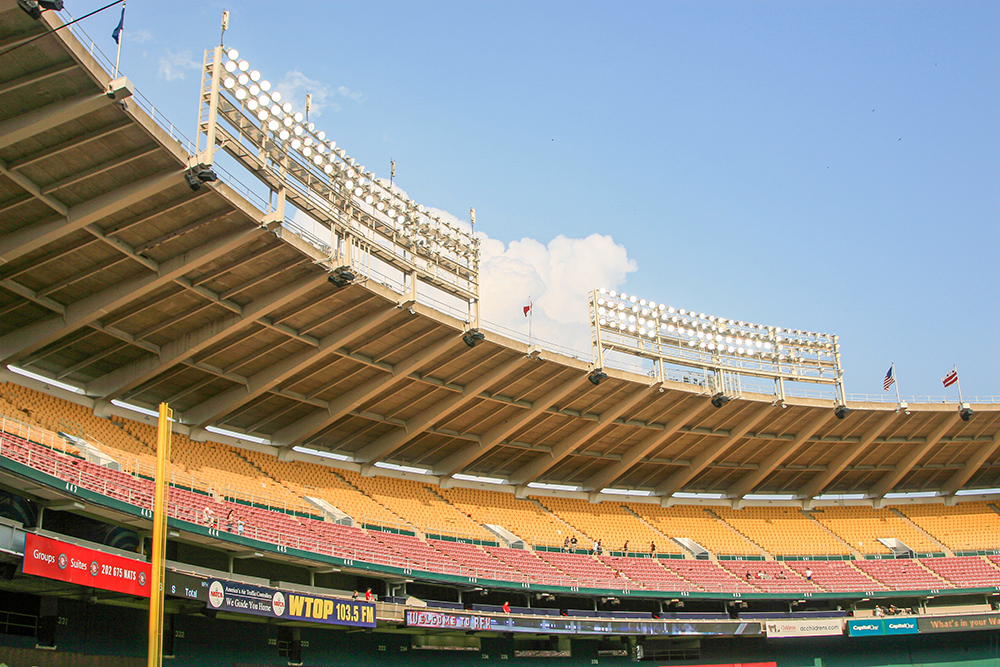 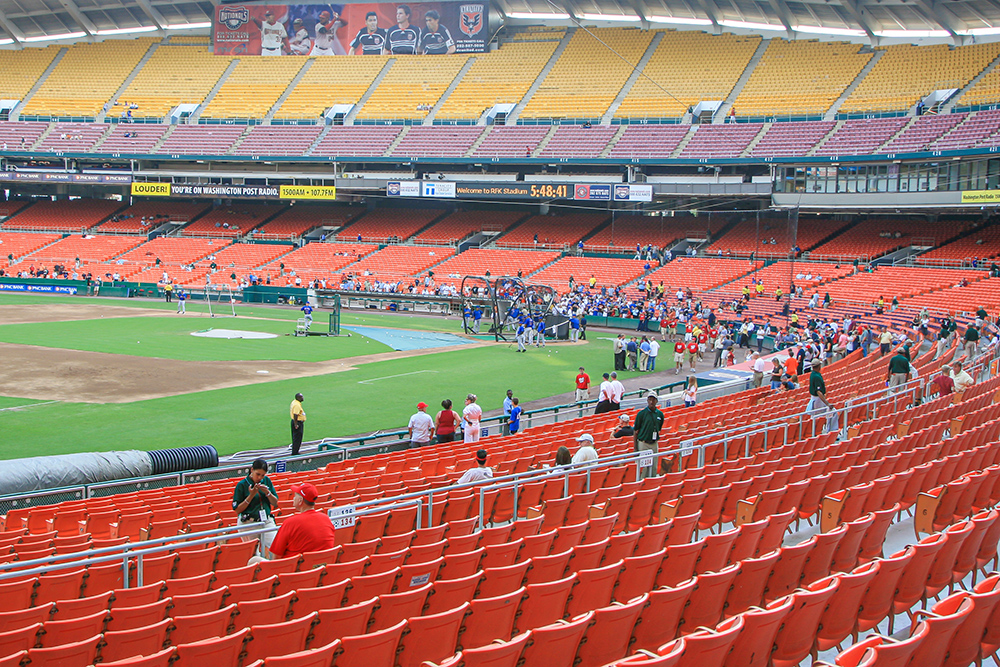 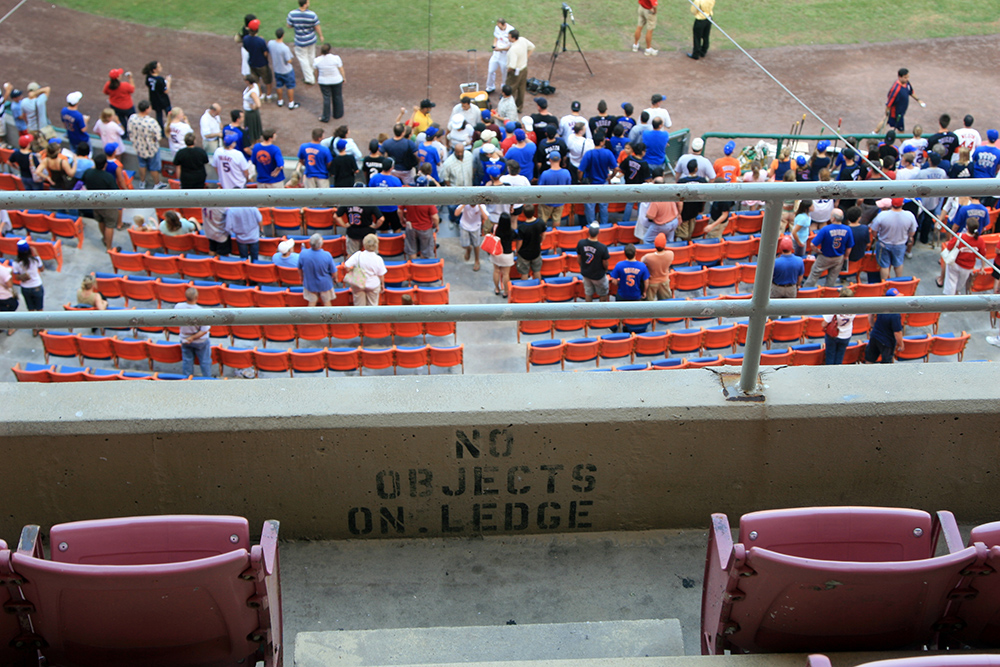 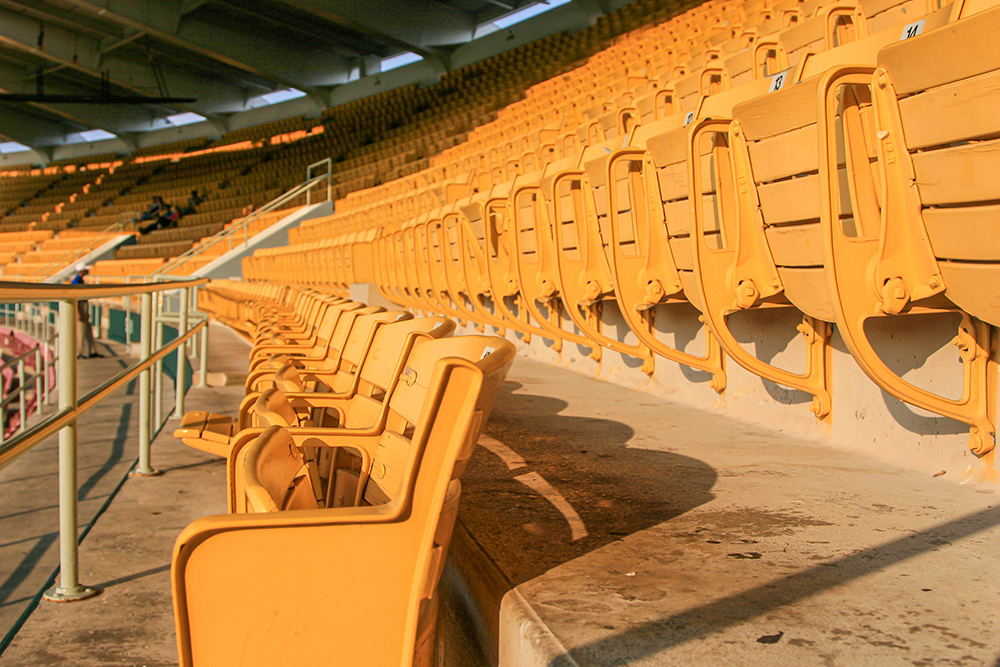 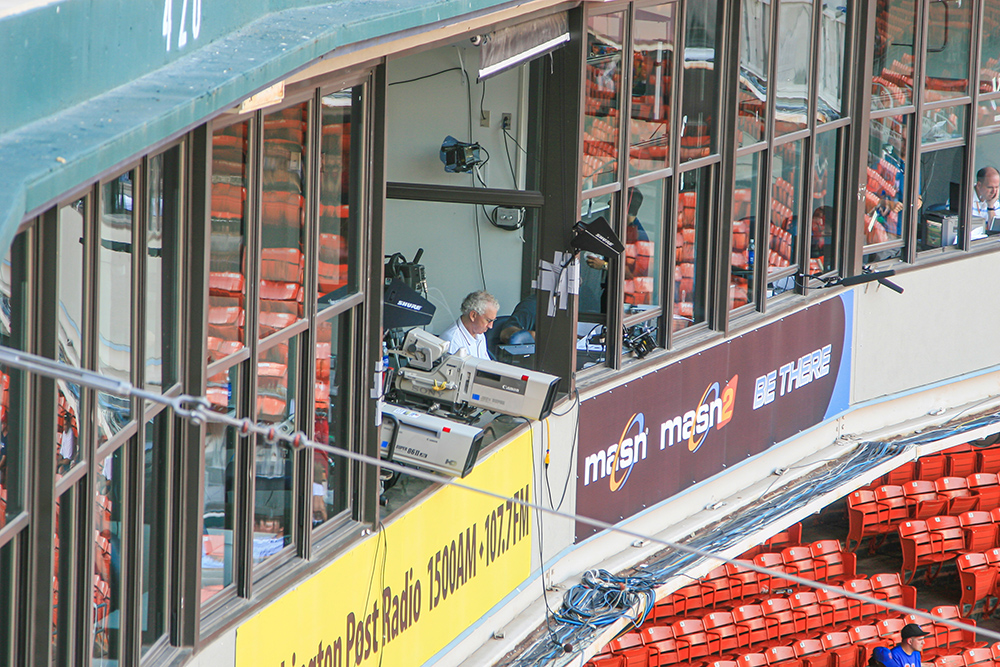 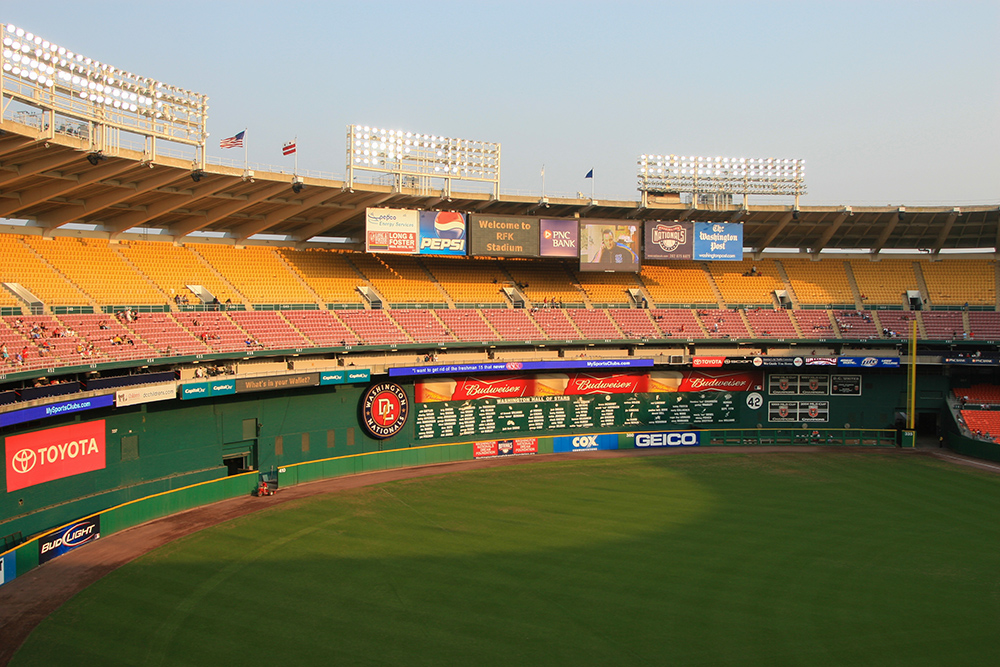 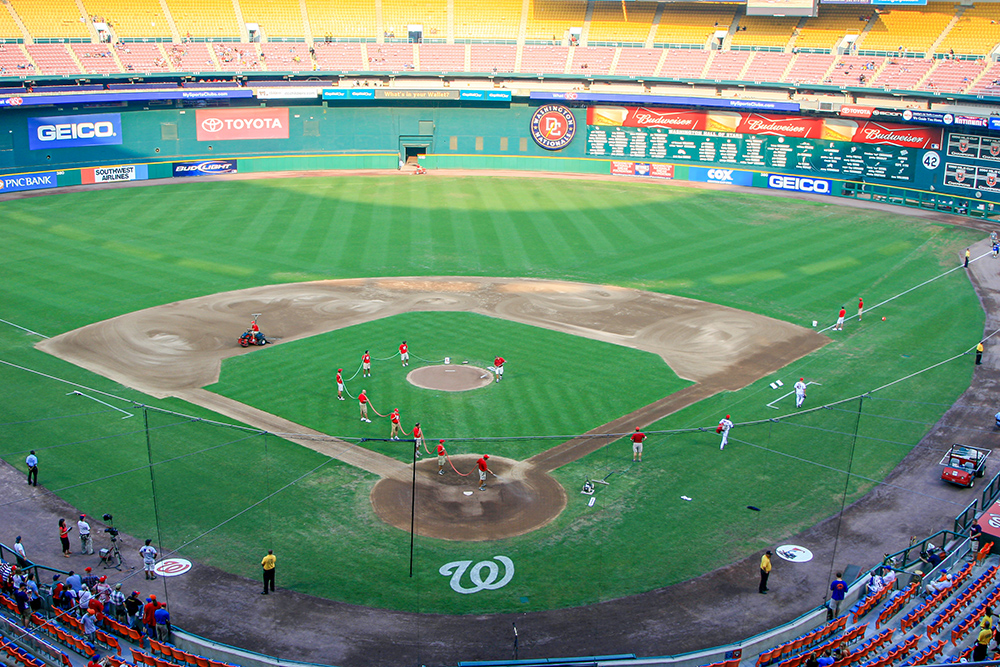 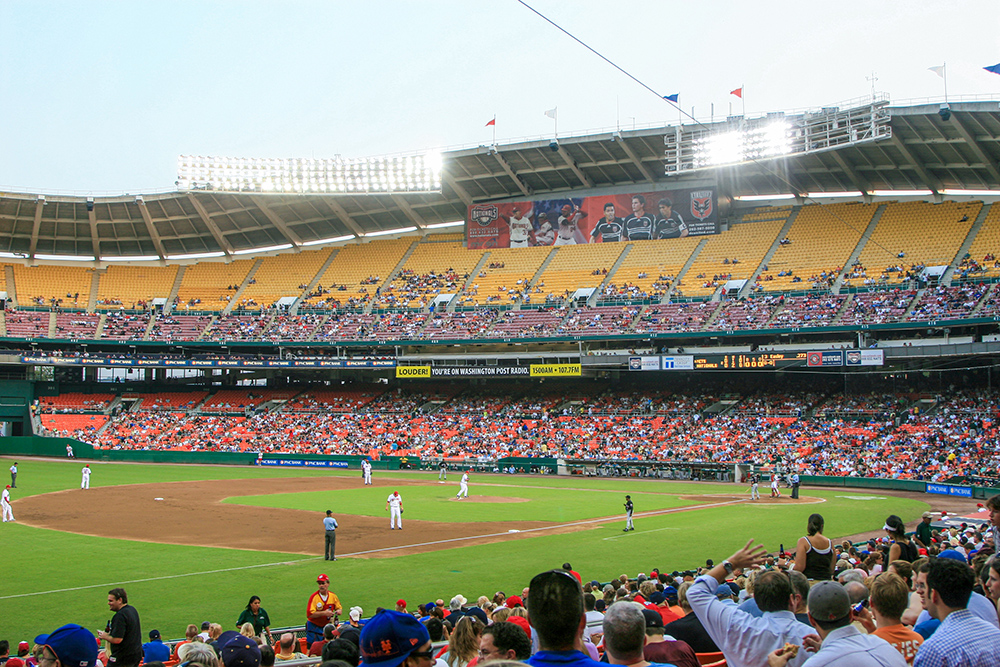 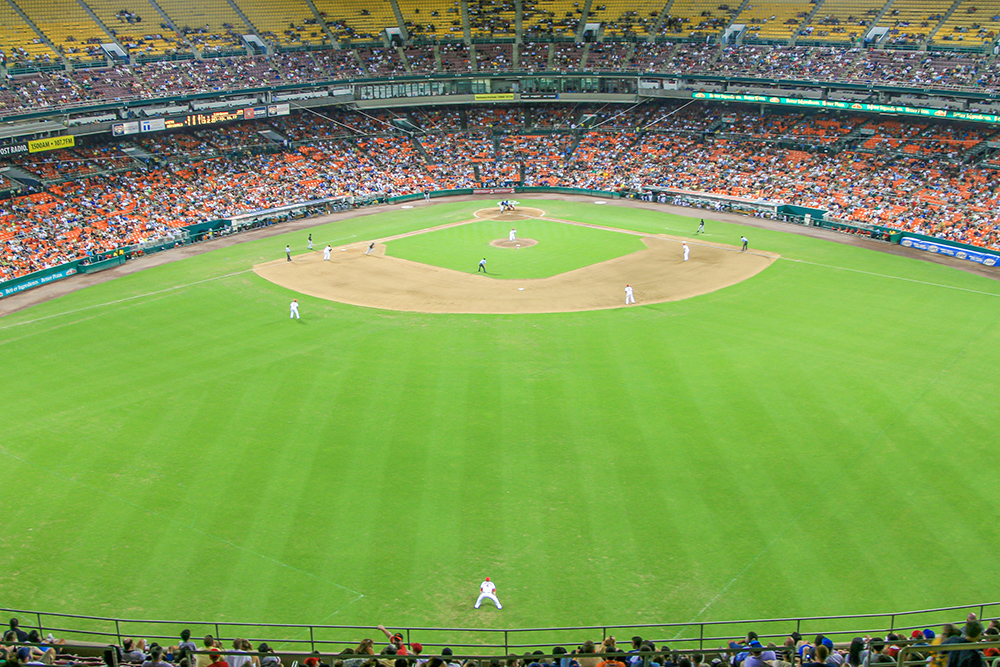 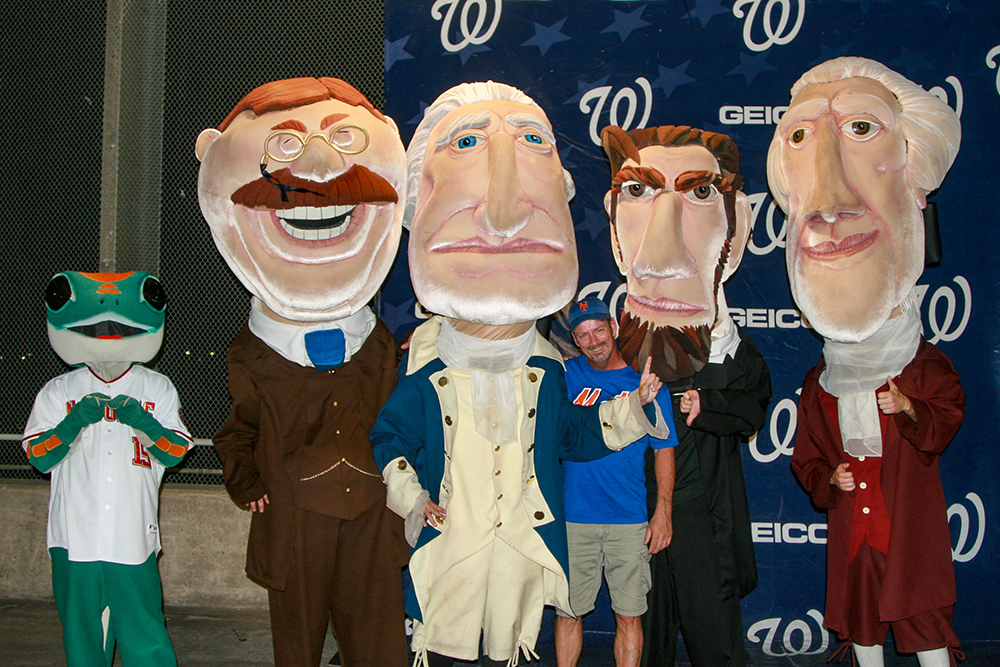 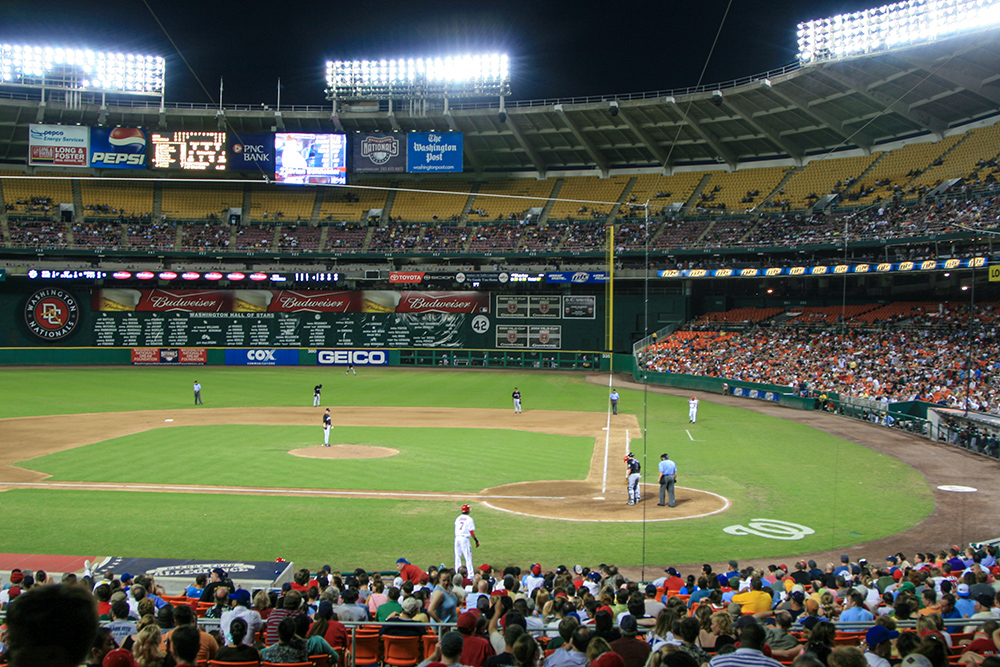 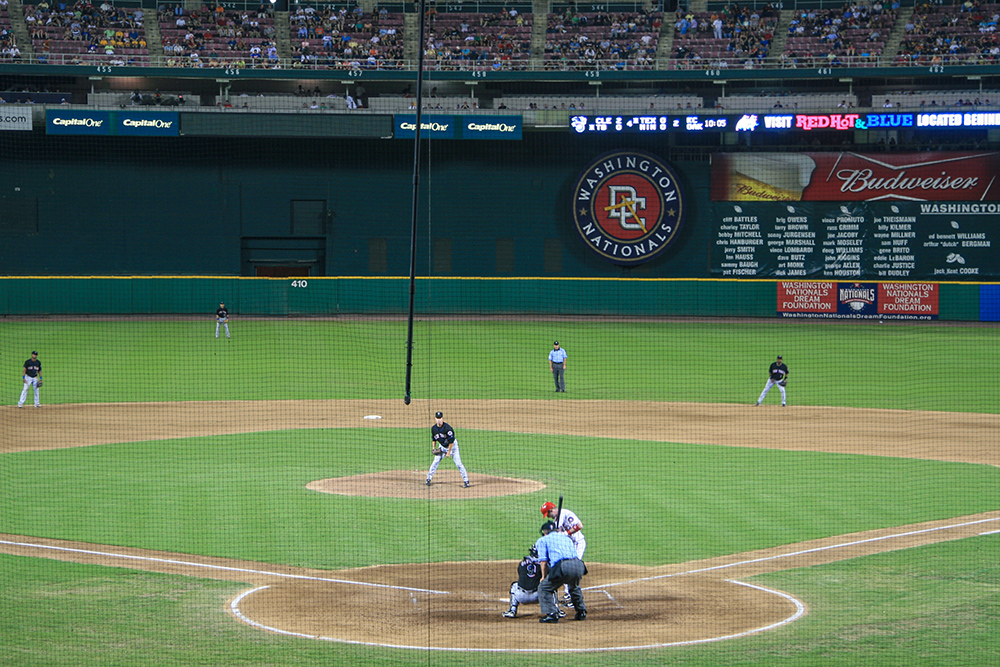 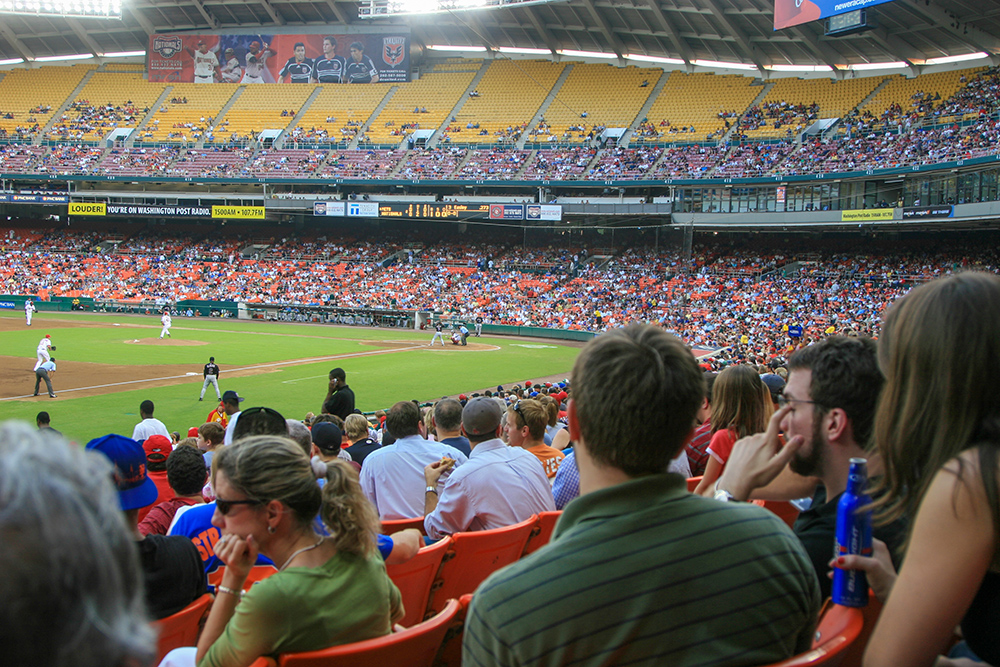 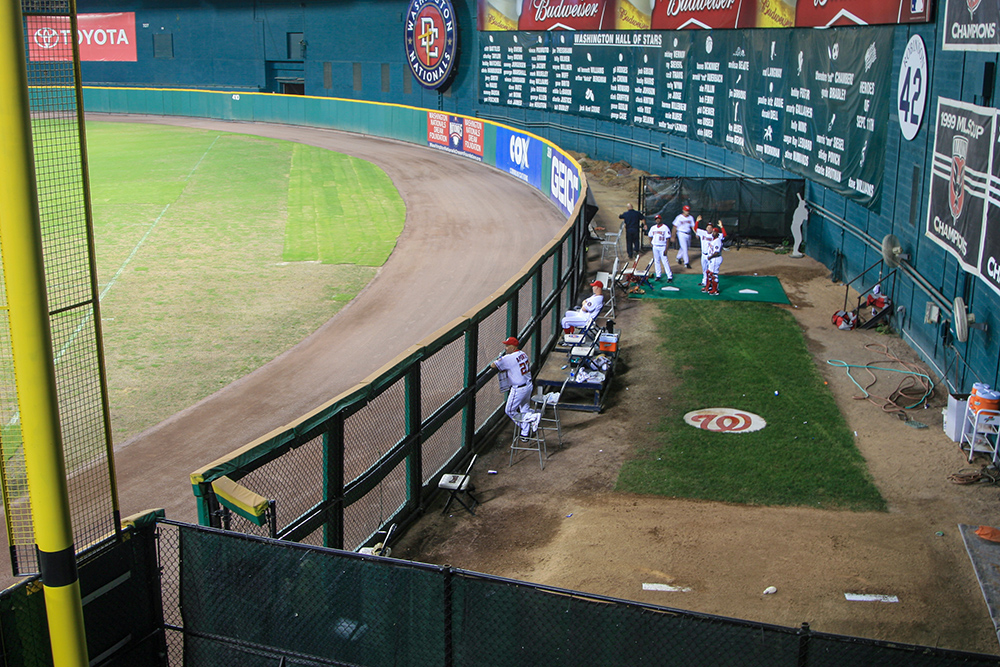 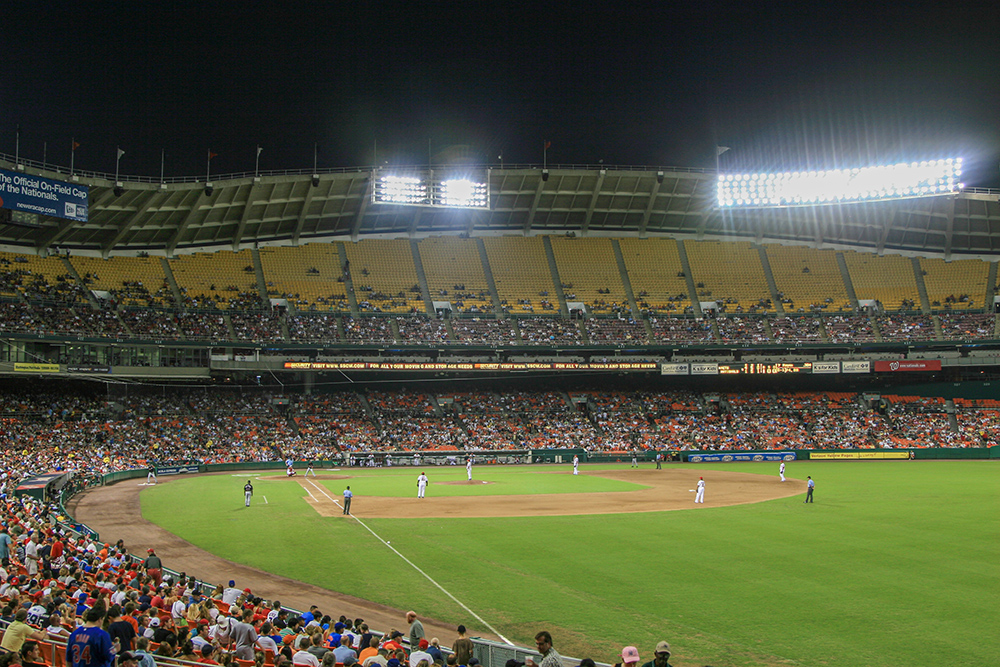 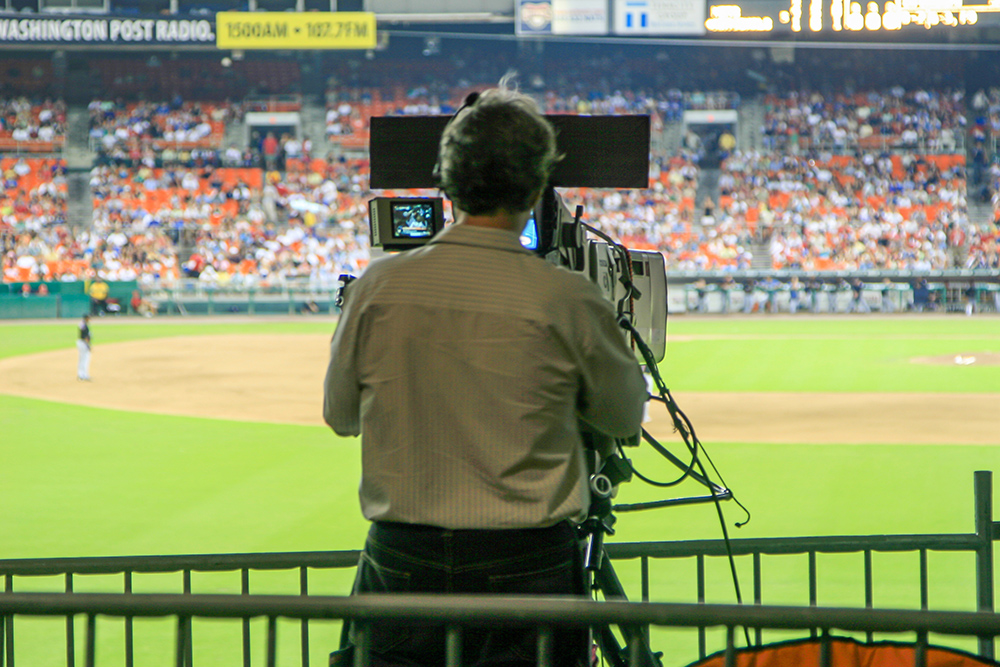 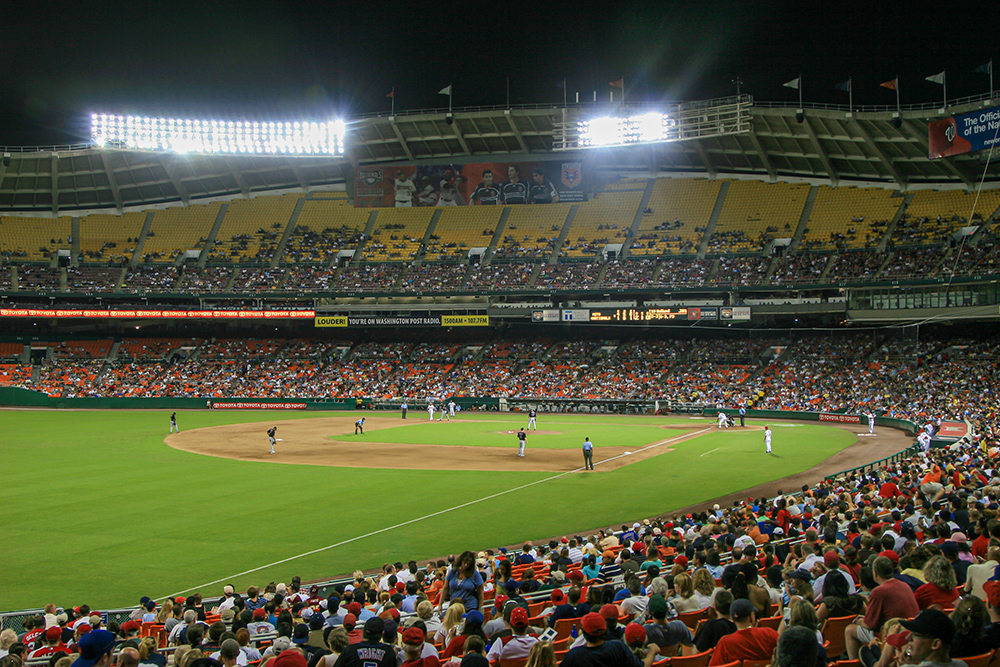 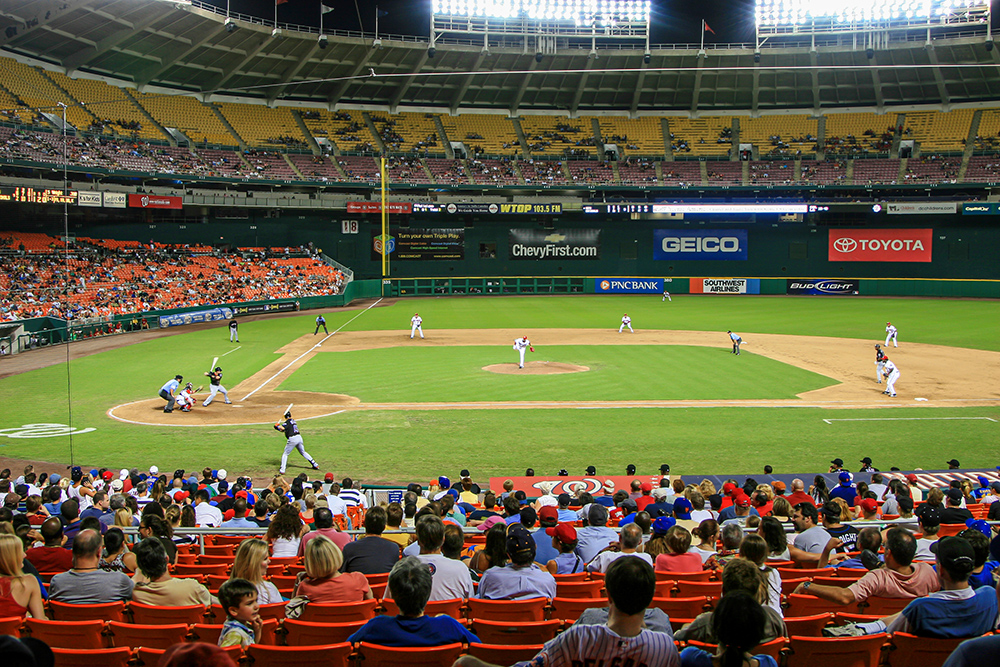 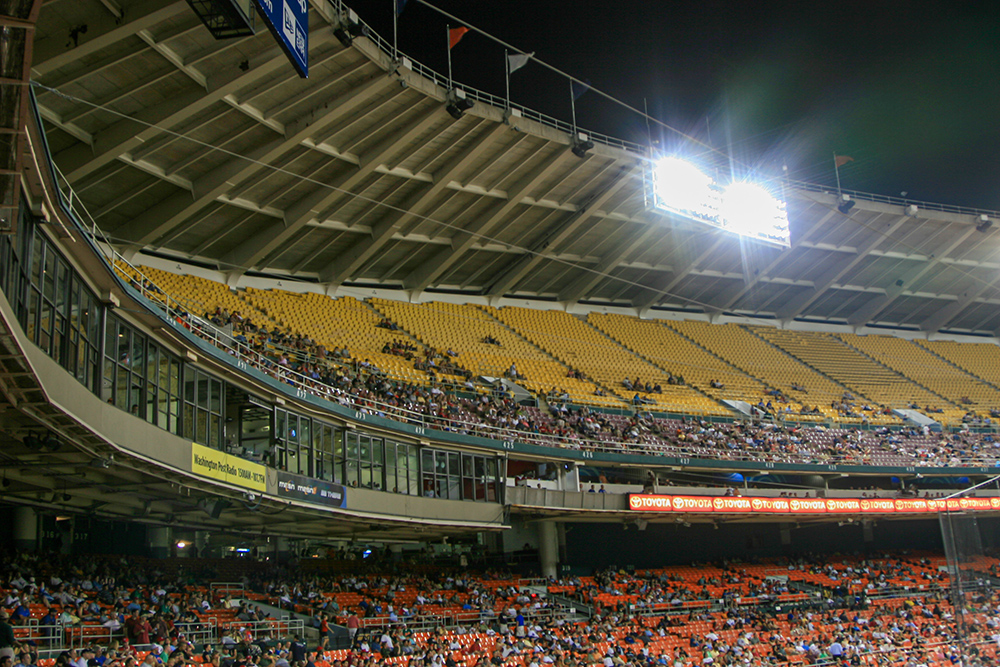 Ballpark: F - This team left Montreal to come to this dump? Did you hear about the two versions of the Washington Senators that left this city in 1960 and 1971? They are now the Twins and Rangers. Hopefully the new park will be much better than this stadium. Glad I made it here before they moved to the new ballpark.

Fans & Atmosphere: F - Place is a dump and an expansion team plays here. Did not meet anybody who was a Senators fan. Just Orioles fans who hate the owner and hate driving to Baltimore. More New Yorkers who came to see the Mets play over the weekend.

Food: F - What's the signature food here? "HUH?" A hot dog is safe here, said one usher. Tried the pulled pork from the barbecue grill with sides. These must have been leftovers from when the Redskins played here.

Mascot: B - Okay, the Presidents Race was fun, ripping off Milwaukee's Sausage Race. But Screech needs some help from former Orioles fans.

Staff: C - Ushers were nice allowing me to walk around and telling to sit in certain locations to get my shots. Hot dog vendors had ankle bracelets from courts. Staff worth no uniforms, hard to tell who was an employee or on work furlough from the D.C. Public Defender's office.

Team Tradition: D - Remember that two franchises have split this town already. The Expos history was left in Montreal. The Nationals are considering themselves a new franchise and honoring DC's baseball legacy. Can't wait for Casey Cox bobblehead night. "Washington: First in war, first in peace, and last in the American League." Now last in the National League East.

Location: D - My God, what in hell did I drive through to get here? Drove in a loop forever with traffic. Where's the bridge back to Maryland?