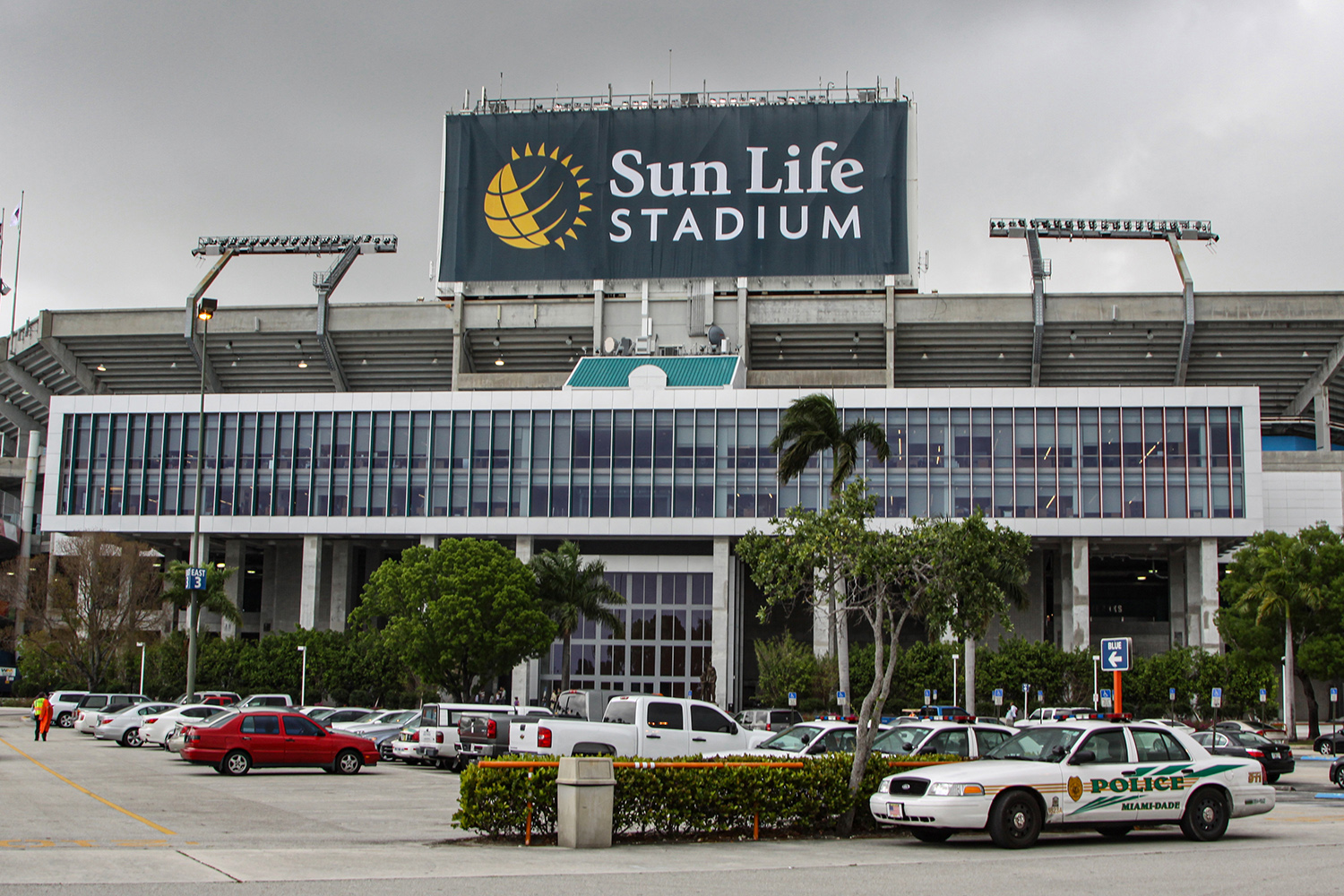 Sun Life Stadium, the home of the Florida Marlins in Miami, Florida on May 13, 2010. (Photo: Gordon Donovan)

It is the home stadium of the Miami Dolphins of the National Football League, and the Miami Hurricanes football team of the University of Miami. Sun Life Stadium also hosts the Orange Bowl, an annual college football bowl game. It has been the home to the Florida Marlins since 1993.

Despite such preparation and pockets of success, the stadium was less than adequate as a baseball venue. Although its design was meant to accommodate baseball, it was not a true multi purpose stadium. Rather, it was a football stadium that could convert into a baseball stadium. There were plenty of reminders of this at Marlins games.

The Marlins reduced capacity to 47,662 (later to 35,521), mainly to create a more intimate atmosphere for baseball. However, capacity would have likely been reduced in any event, since many of the seats in the upper deck were too far from the field to be of any use during the regular season.

In 1990, Wayne Huizenga purchased 50% of then-Joe Robbie Stadium and became the point man in the drive to bring Major League Baseball (MLB) to South Florida.

That effort was rewarded in July 1991, when the Miami area was awarded an MLB expansion franchise. The new team was named the Florida Marlins, and placed in the National League.

On January 24, 1994, Huizenga acquired the remaining 50% of the stadium to give him 100% ownership. Since 1991, several million dollars have been spent to upgrade and renovate the stadium. The first Marlins game played at the then-Joe Robbie Stadium was on April 5, 1993, a 6–3 victory over the Los Angeles Dodgers. 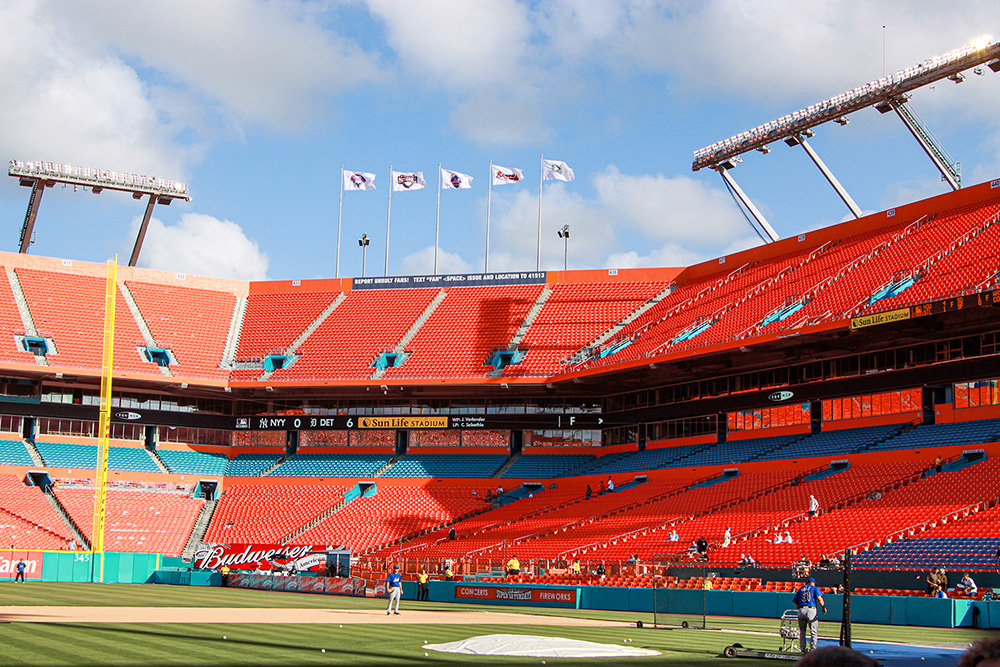 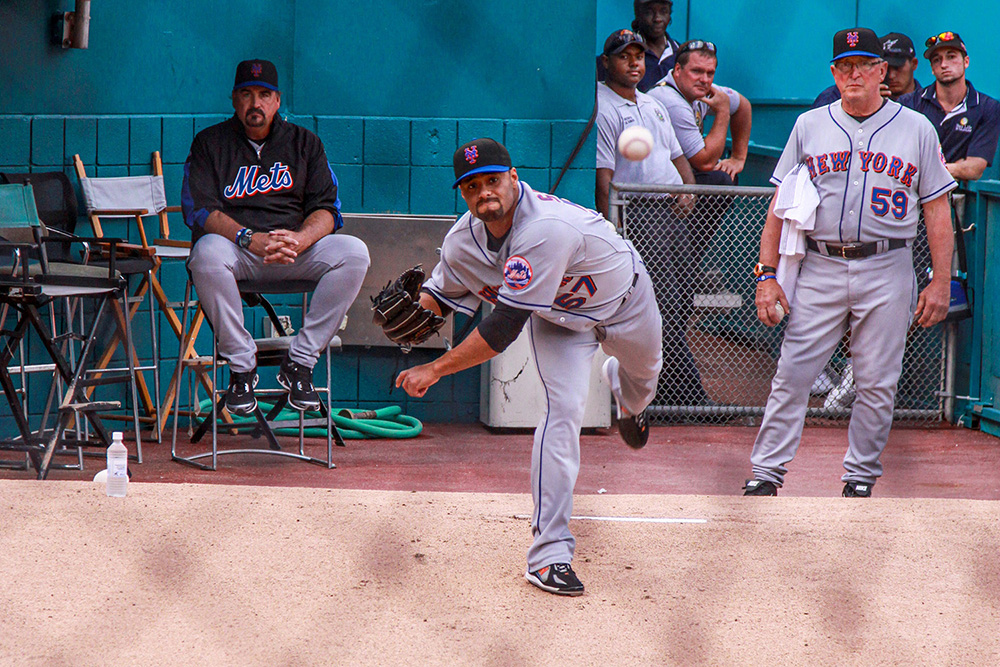 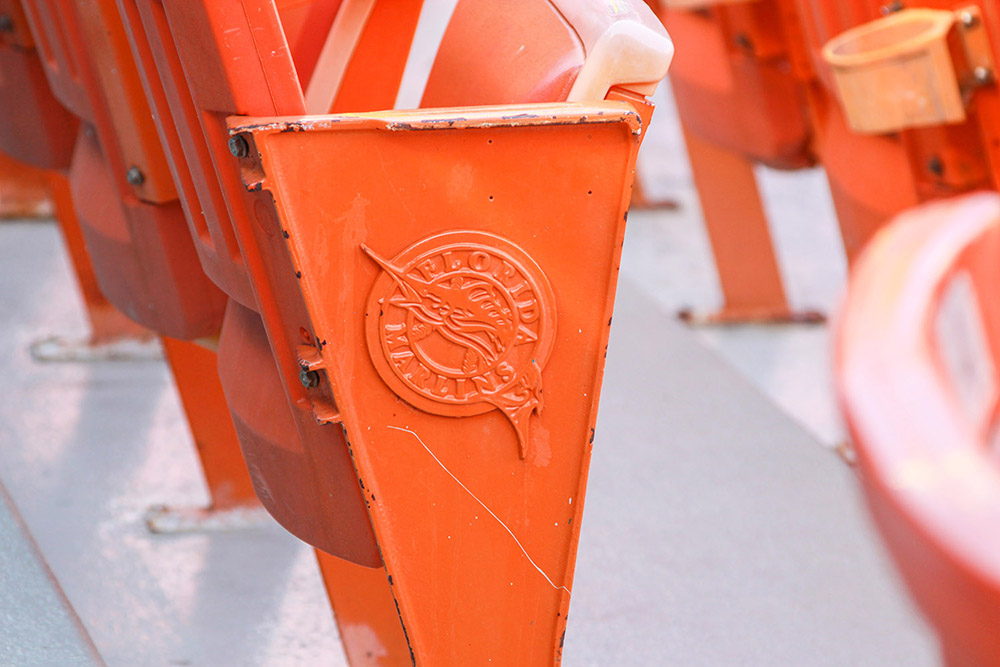 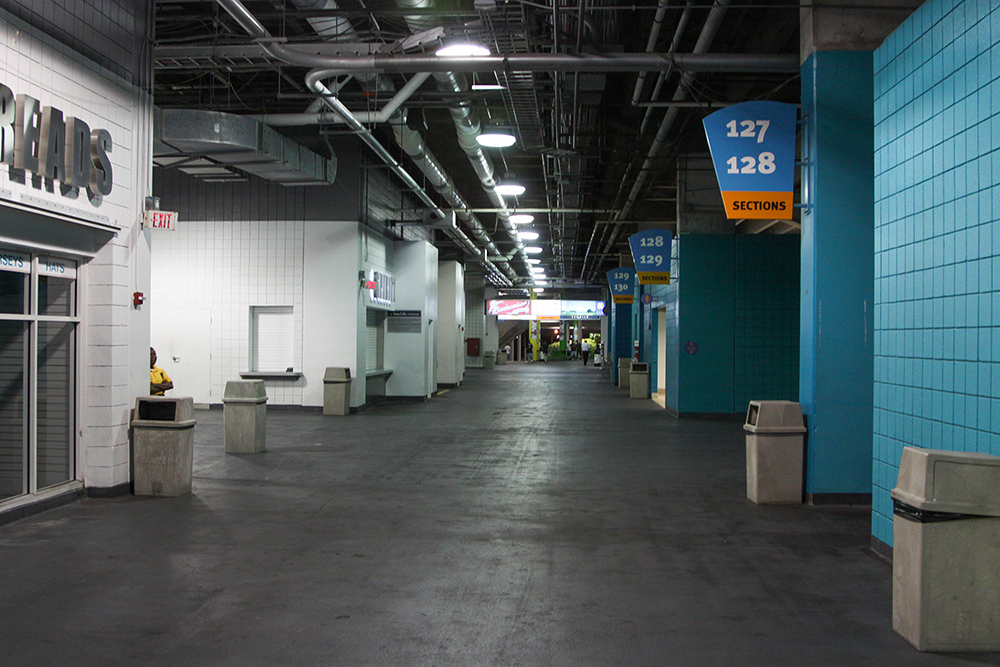 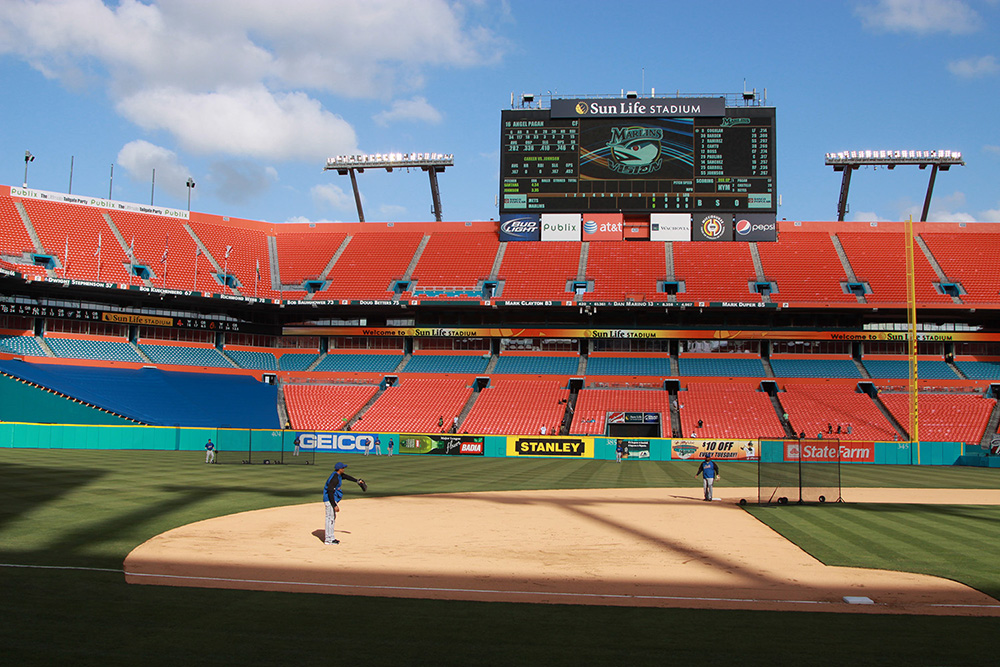 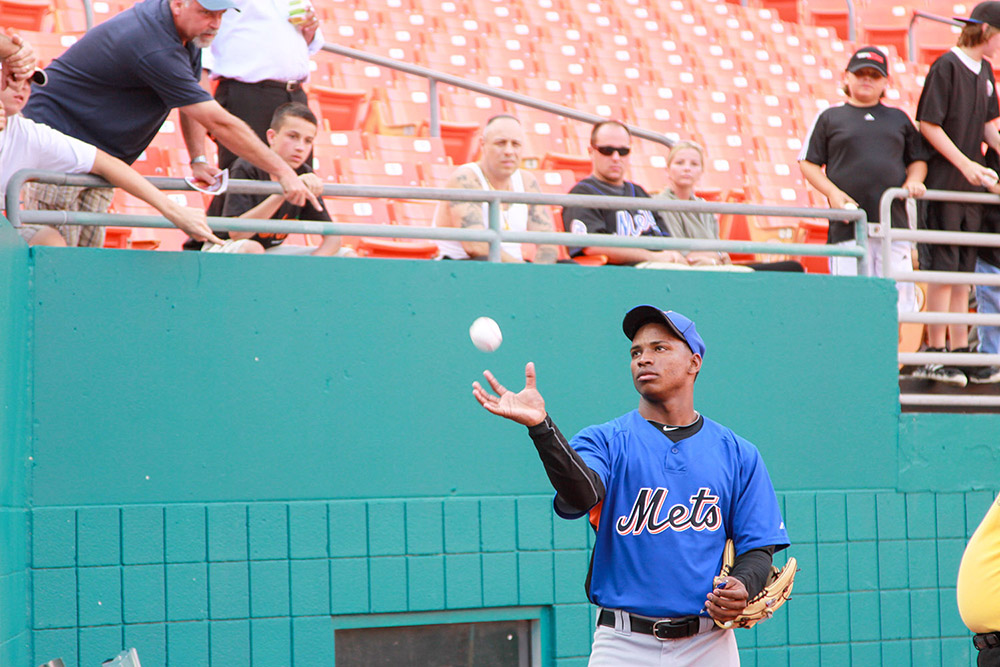 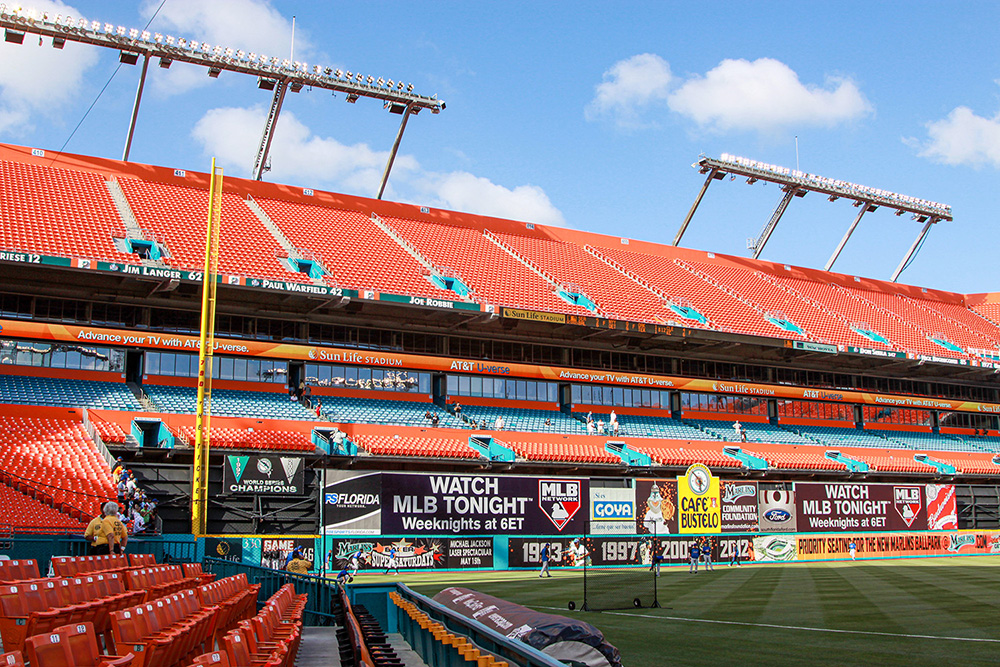 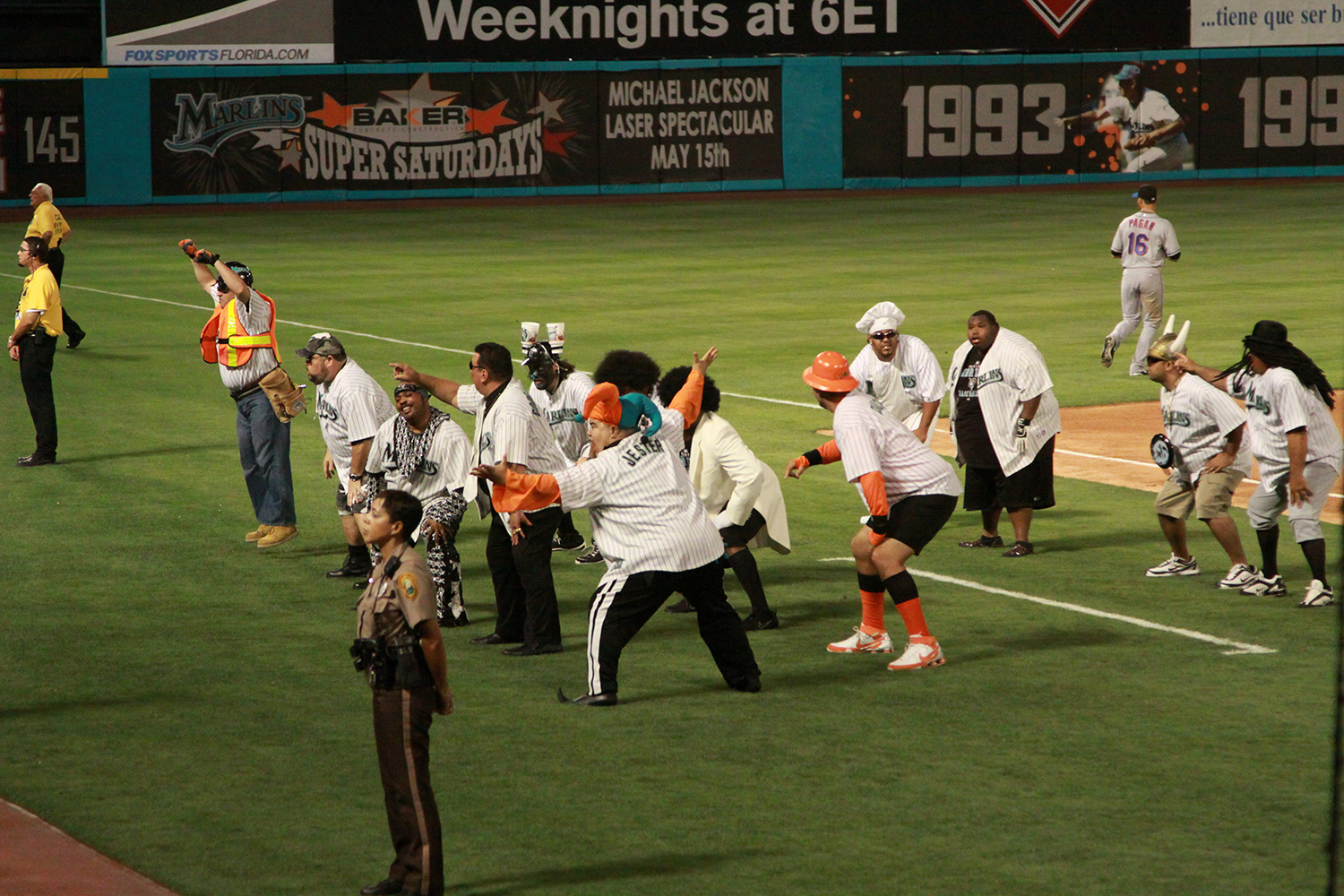 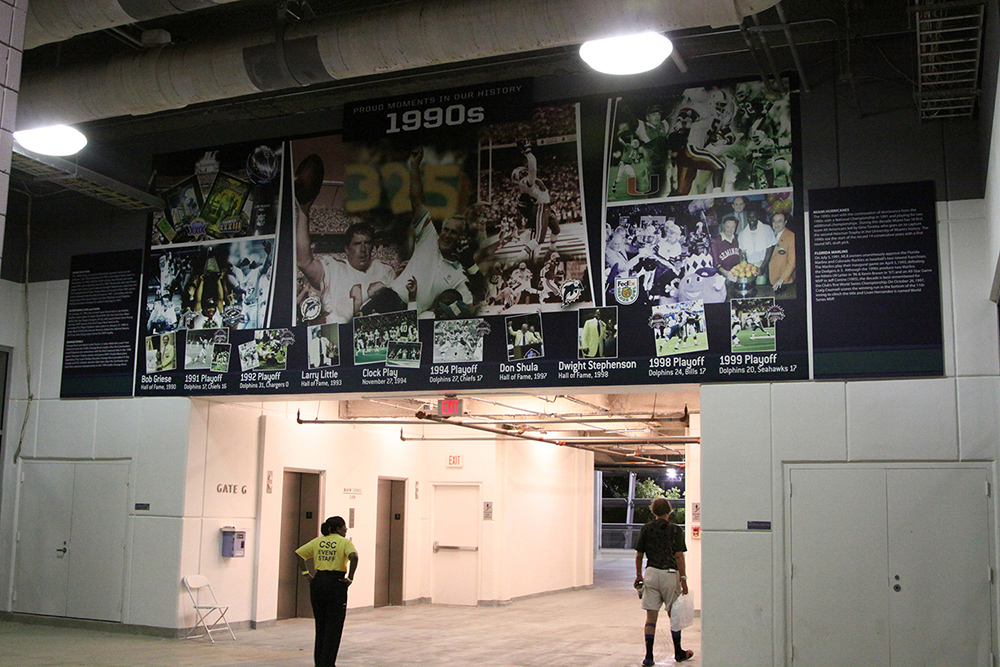 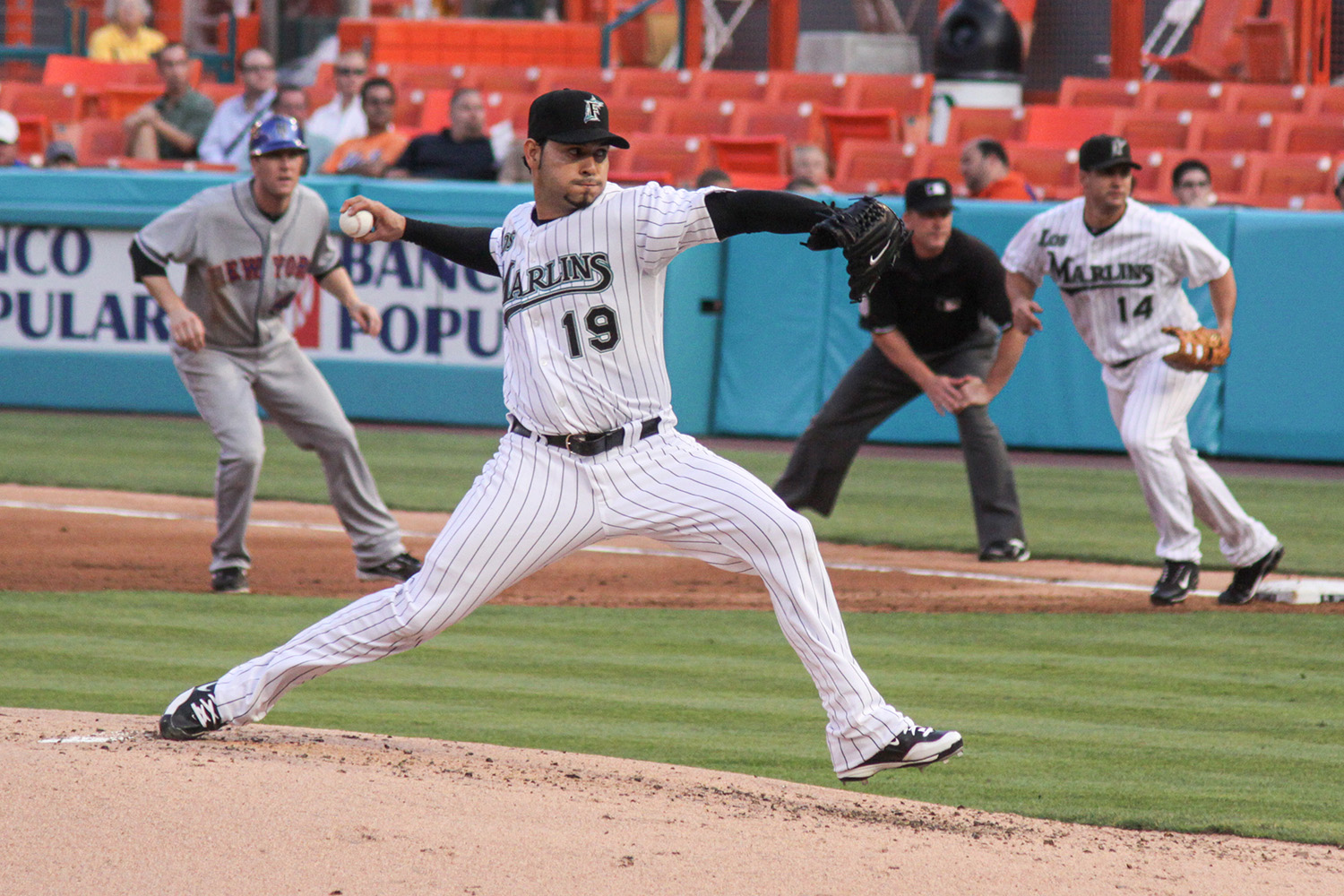 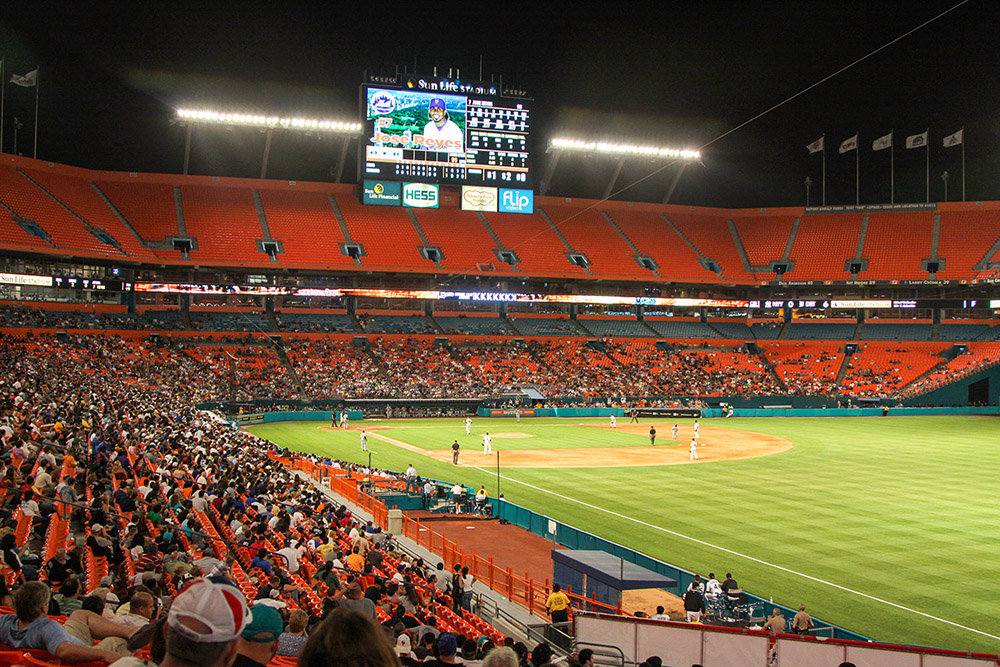 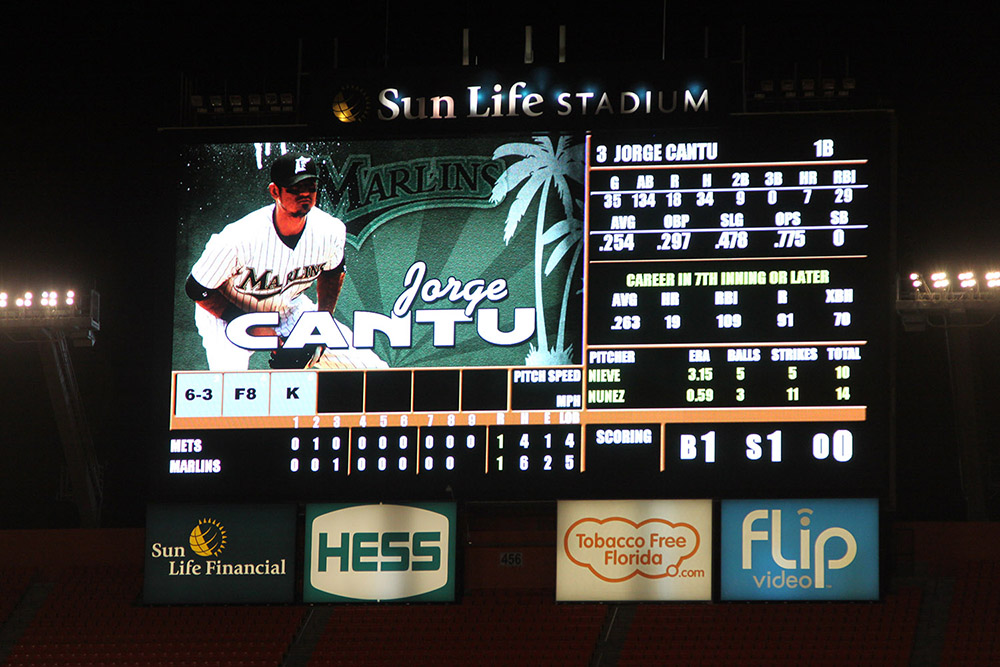 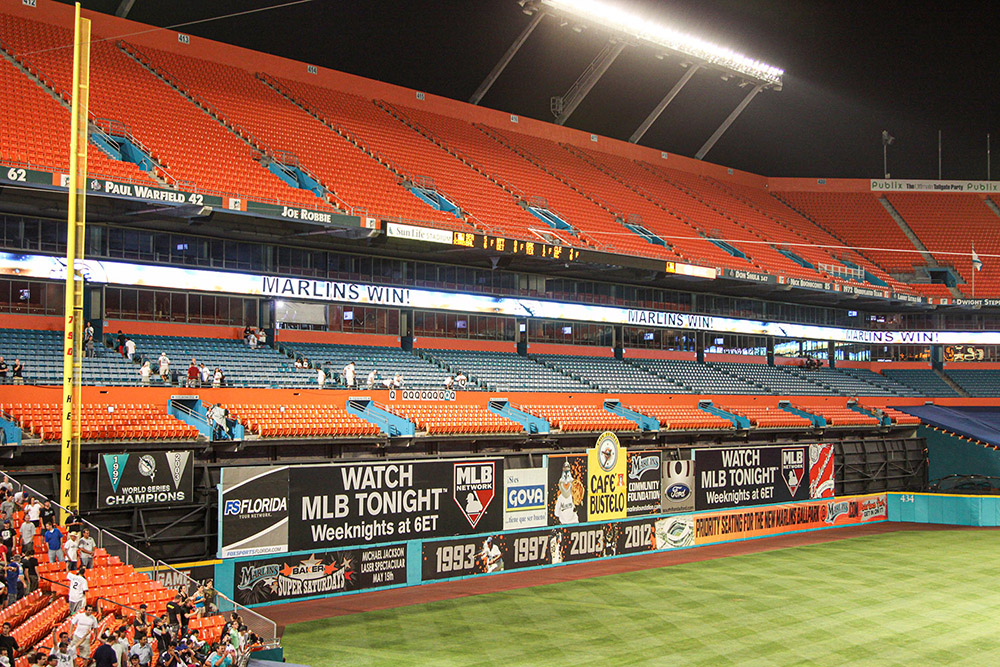 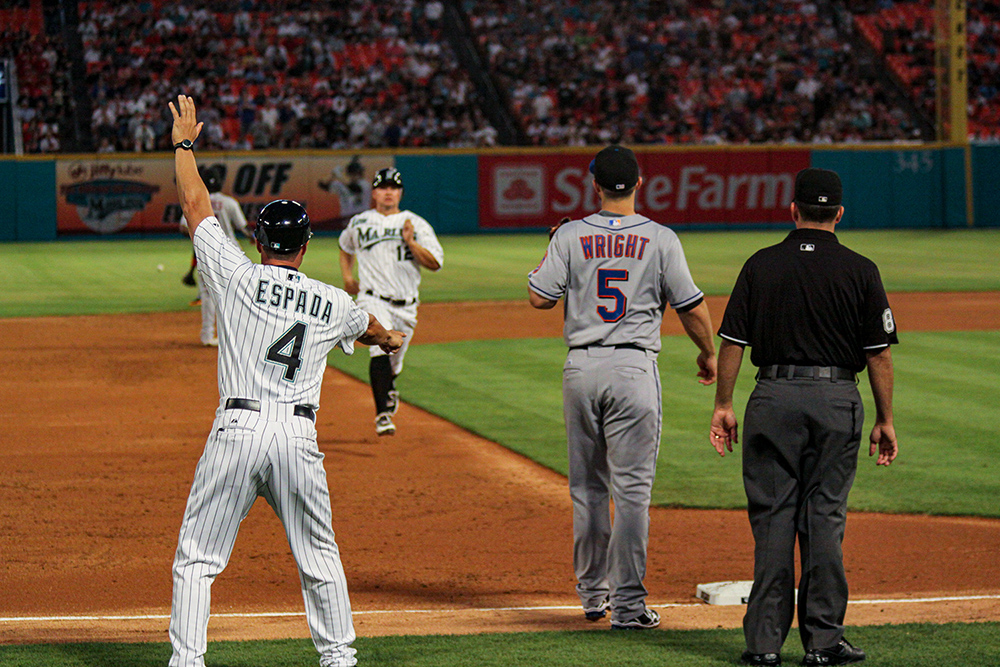 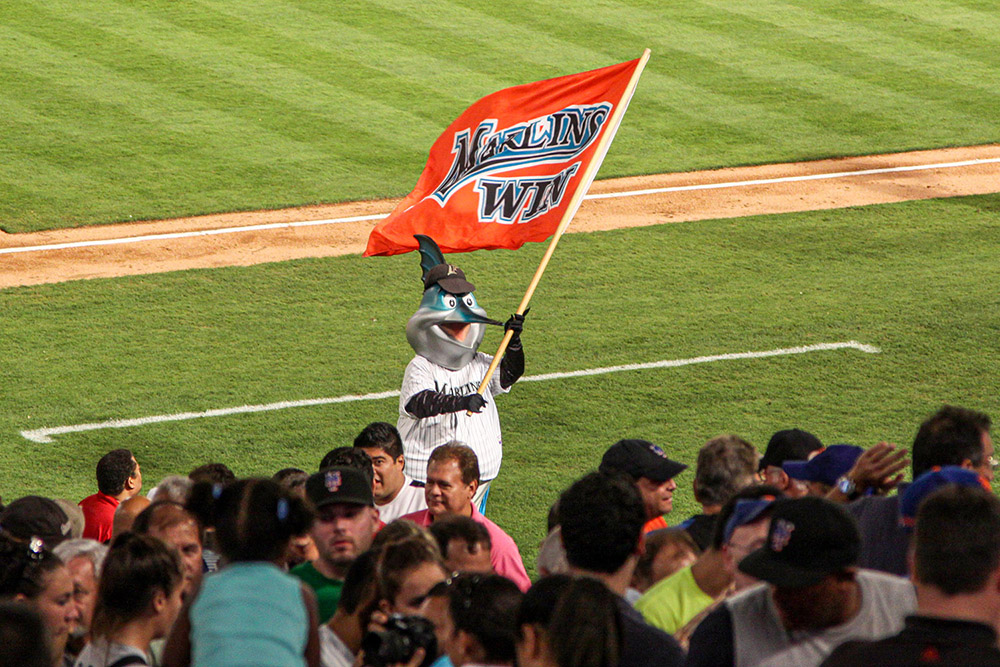 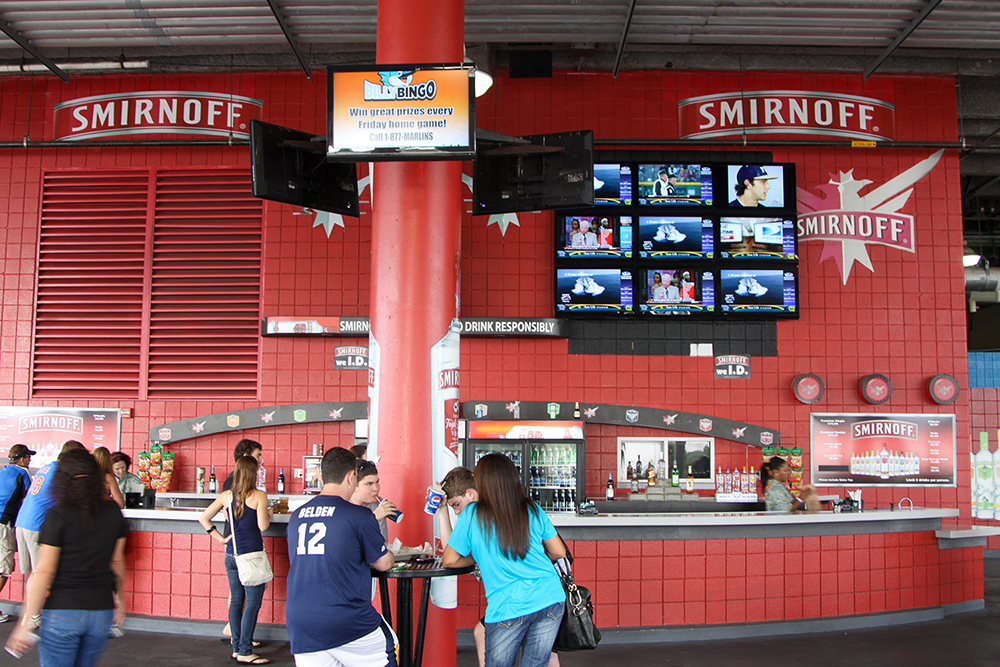 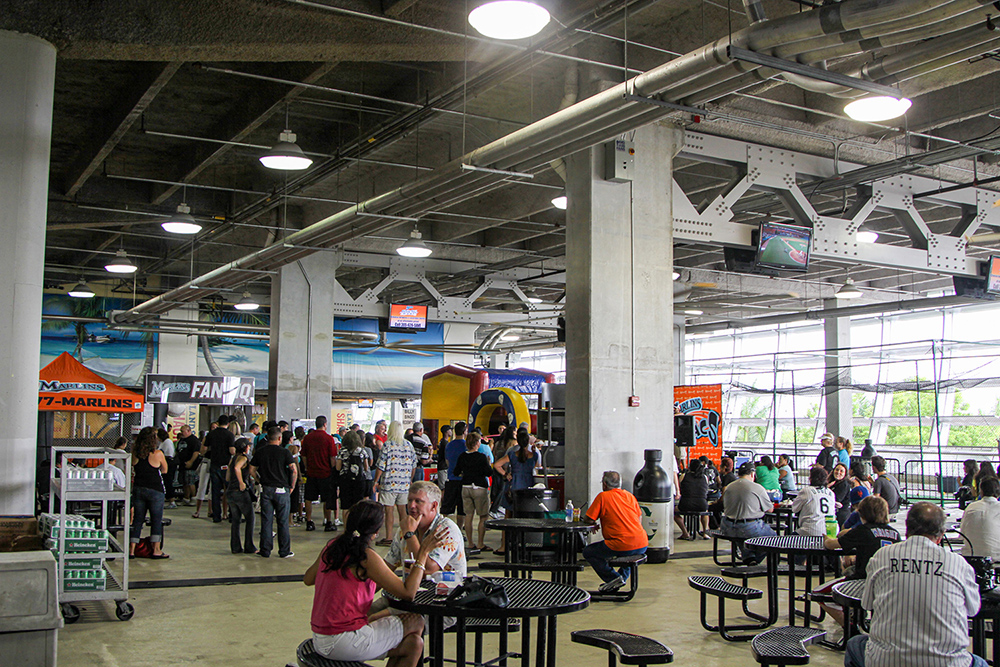 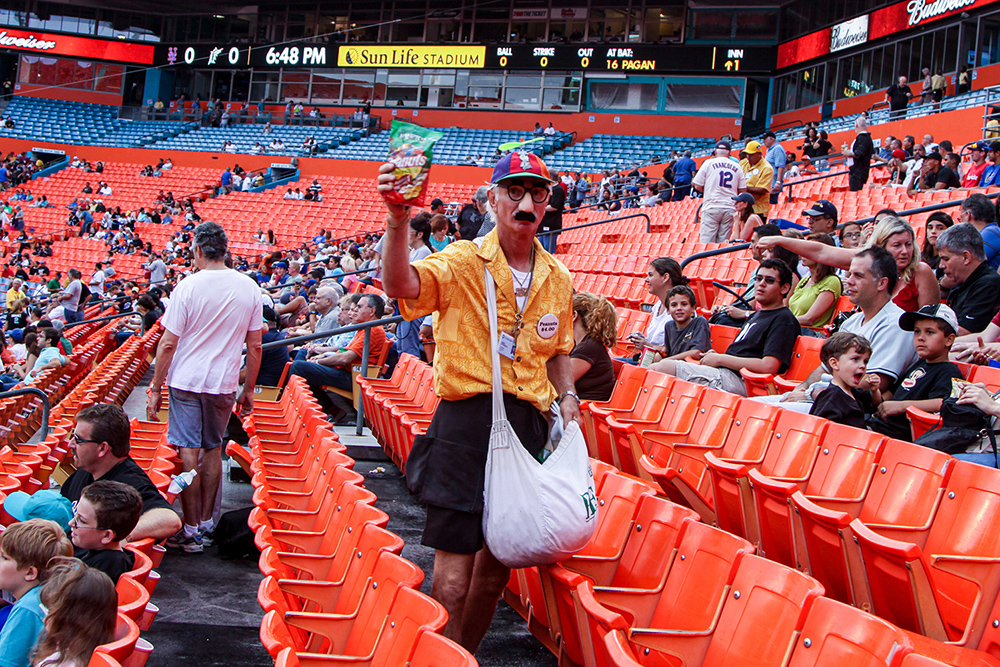 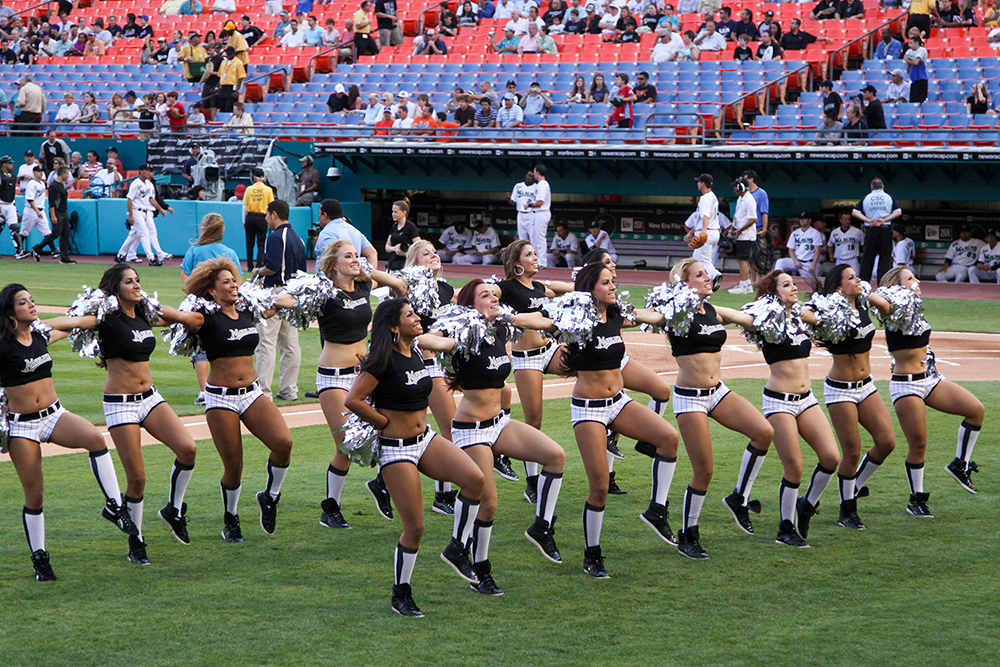 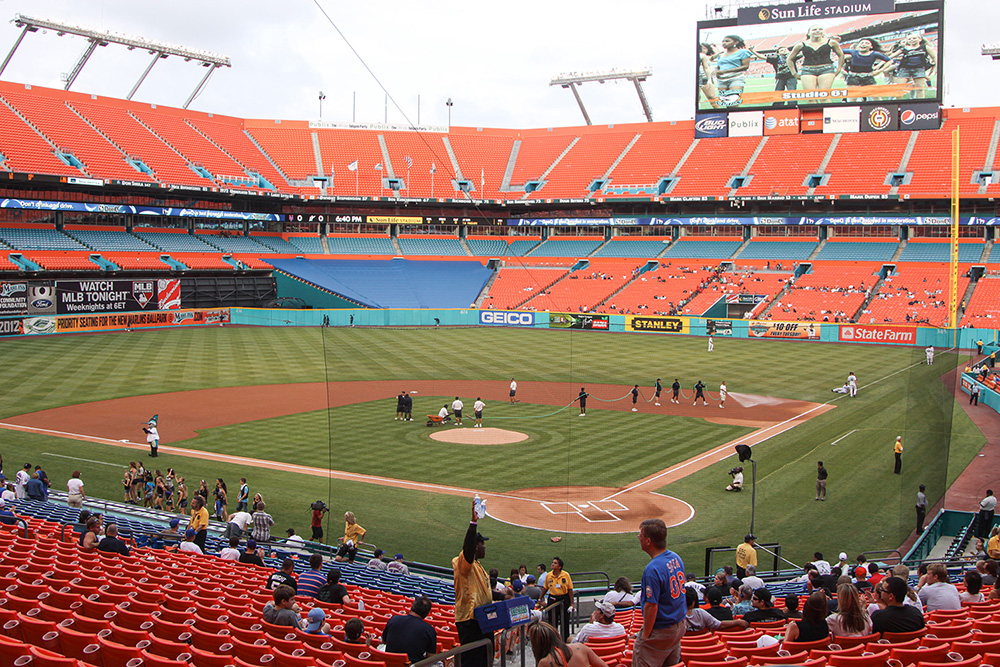 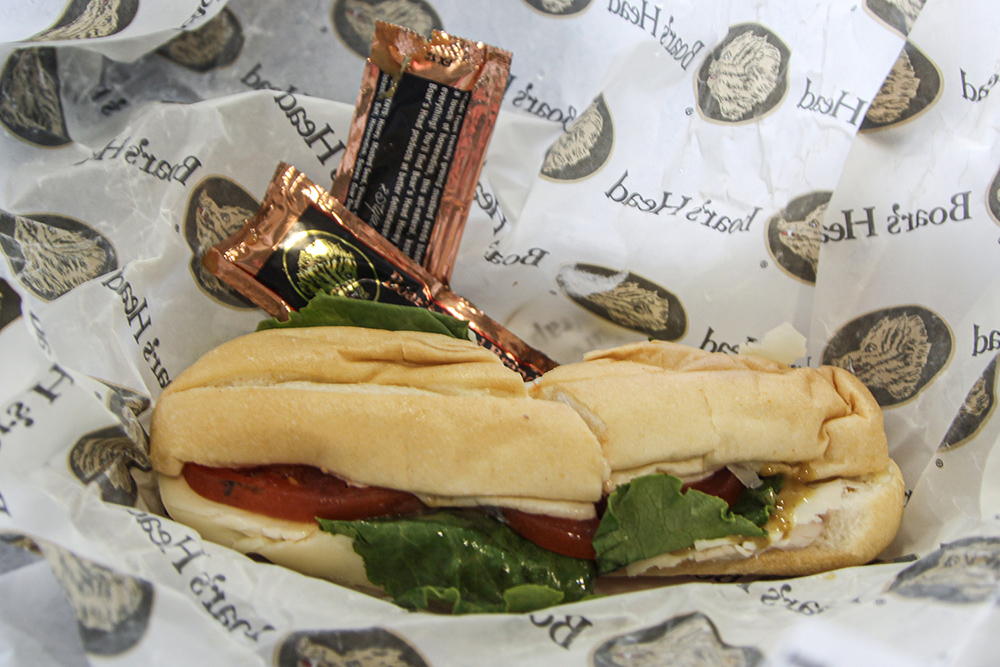 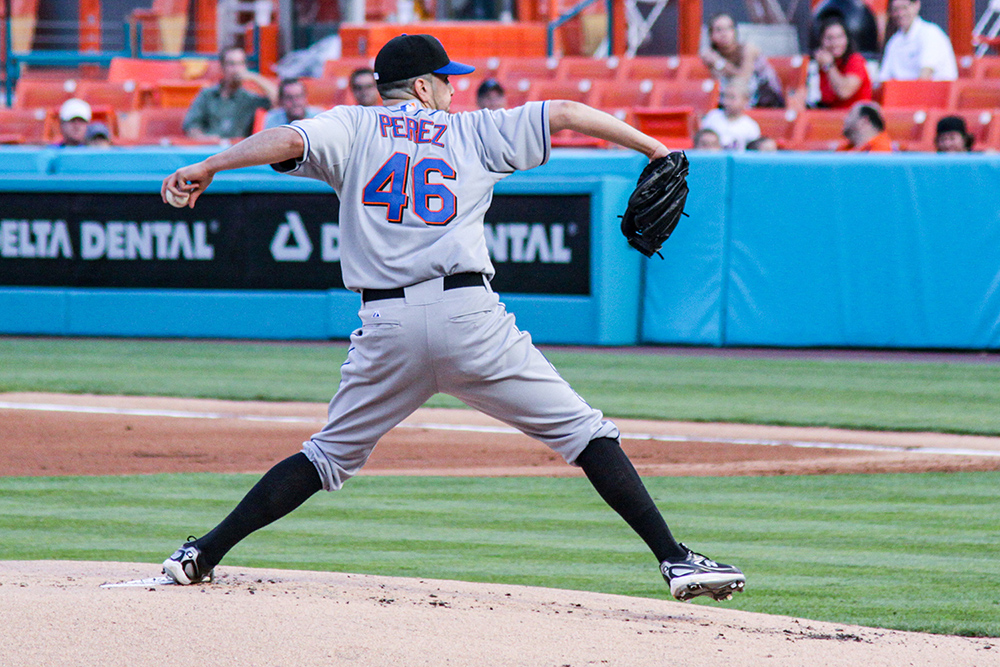 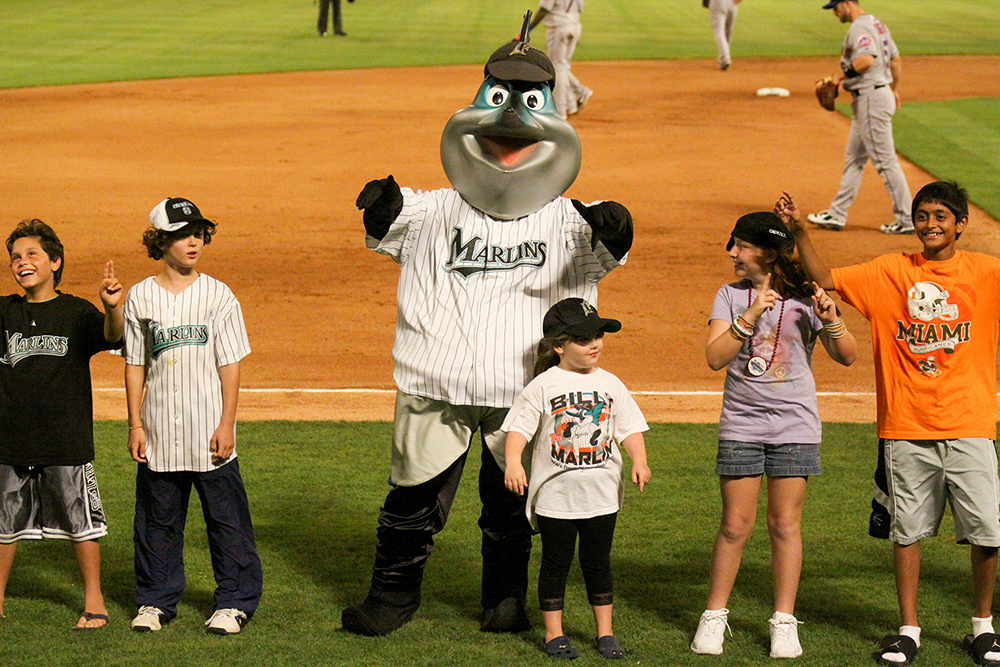 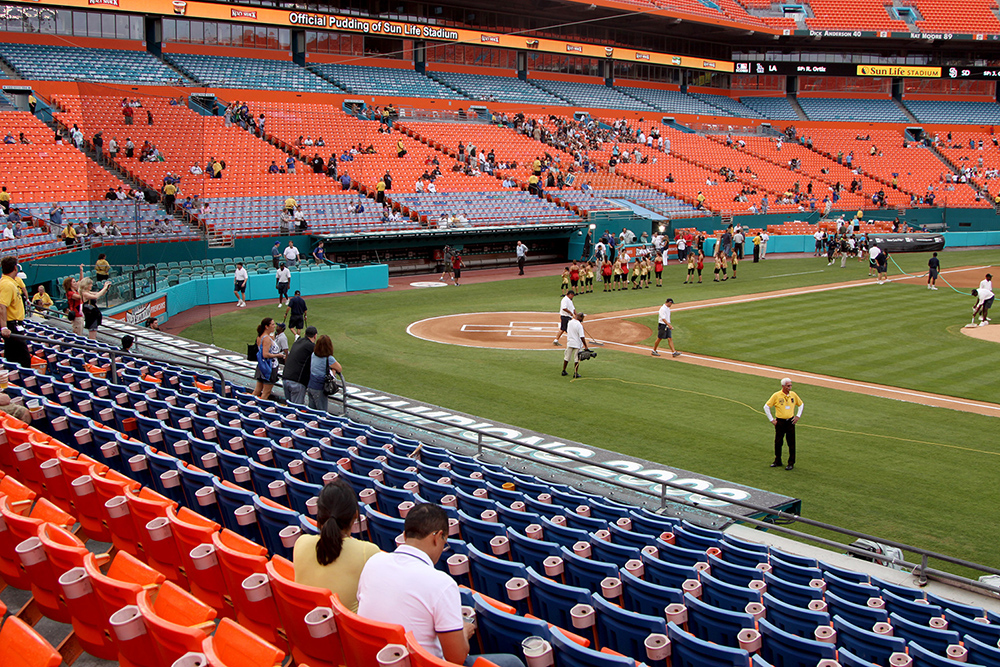 Ballpark: D - It's a football stadium. You can get around parts of the stadium because they are blocked off. Seats are falling apart and you can't walk around. No working out of town scoreboard.

Fans & Atmosphere: D - They are already talking football; it's a Dolphins and Hurricanes town, not a baseball town. Talking to one fan, all he was concerned about was the Dolphins.

Food: D - Nothing worth eating except the boars head sandwiches for $11.00 dollars! They wouldn't allow me to bring in a large bottle of water.

Mascot: B - Billy the Marlin. A big fish walking arounds tossing t-shirts in an empty stadium. Fans adore, or the fan adores.

Staff: C - Helpful security staff despite all restrictions. Would not allow me to bring my camera in but changed mind after a nice chat. Some nice concession vendors. Was asked if I was a Jets fan? They hate Jets fans.