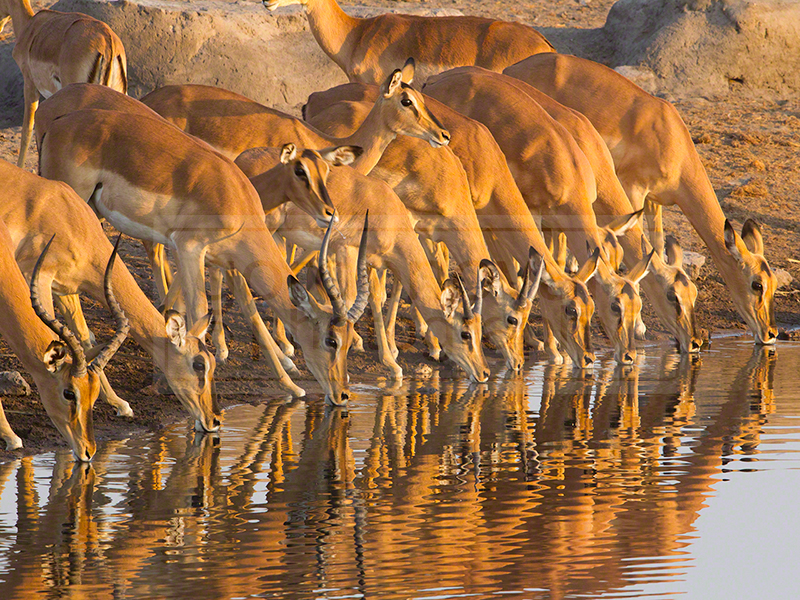 The Chudob waterhole is filled with action as impalas drink with caution as the sun begins to set.

Up before sunrise and waited for gate to open. Again we started out at sunrise and visited several waterholes. As headed out, a hyenna crossed our path right where the leopard had eaten the springbok the night before.

First stop was Kalkheukel, good choice with the sun at our backs. A great deal of activity there with oryx, kudu, impalas and zebras.

Many birds around like a Martial Eagle and Guinea Fowl were everywhere.

Spent five hours there. As the temperature soared to 38 celsius the truck was like a sauna. We drove back stopping at several other waterholes.

Checked out Chudob and Koinachas, the animals were on afternoon breaks as the waterholes were quiet. Headed back to camp to take our own break.

Walked around the old German outpost in the hot sun. Walked on top on the old observation deck and you could see forever. Just grasslands for miles.

When it cooled off a bit, took drove to several waterholes and drove Dik Dik road. Living up to it's name, we spotted several Dik's. Nothing else, it was quiet. Some German tourists said they saw lions earlier, but none could be seen in the brush.

Then we visited few more waterholes (Chudob, Koinachas) hoping some action, like a kill. All was very quiet

Drove back to camp but stopped at Klein Namutoni first. Waited for a large male lion to get up and do something. He was just getting up from a rest and waiting for his pride to fetch his dinner.

But the sun was sinking in the horizon and a mad dash was made back to camp before the gates were closed. 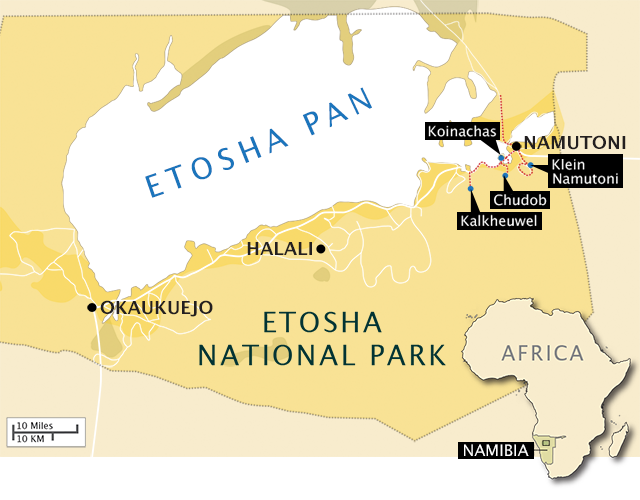