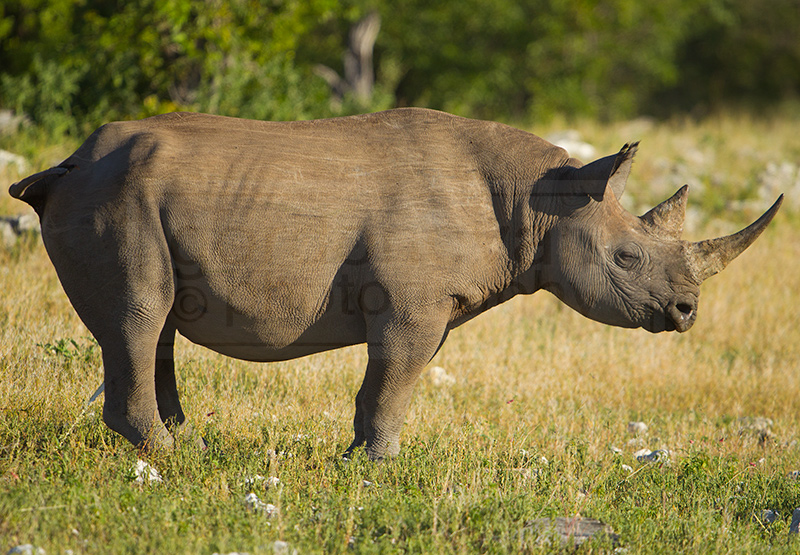 Day five of Gordon Donovan's journey back to Namibia's Etosha National Park. I move on to the Halali Camp hoping better fortunes come my way. Have you seen Carl?

I woke up extra early, packed up my gear and headed to breakfast and then to checkout. I said my farewells to my new friends at Okaukeujo camp. Drove east and found the morning sun blinding, I may have missed a few things. Next time I will start in Namutoni and head west. There were zebra and impala all over the place near Gemsboksvalke.

I slowly headed to Olifantsbad to redeem myself for missing the cheetah. I sat there alone waiting with same cast of antelope from the previous day. I started asking the impala if they have seen Carl? You know the king of the jungle? Still no lions after four days here in Etosha. Where are they?

Then a rhino appeared in front of me in car park and headed to one of pools. He drank and bath on this warm morning. As he left another car appeared and moved around as the rhino attempted to leave. They blocked his exit point as I decided I should go to the road where the elephant vacated the day before.

Then a few minutes’ later 19 elephants ran down the hill towards the waterhole. It looked like a circus with the single file down the hill. After drinking the elephants came towards the parking area in the direction of road leading to the fenced in rest stop.

Once again this vehicle pulled right in the path of elephants with babies. I kept my distance where I respect the animal. The elephants detoured and this vehicle moved in their path. Finally I moved back when I saw the direction they want to go.

The elephants moved quickly down the road towards the woods as the other vehicle drove around to do something else foolish. No cheetahs, no lions, yet. No one at the lodges had seen a lion. But I left Olifantsbad I drove into fresh elephant dung on road; maybe this will bring me luck.

Drove to Aus and on to the main road. Nothing happening checked out Homob and Rietfontein anything there either. Checked out Nuamses and Goes, nothing going on there either. Back on the road and waterholes around Halali, seeing nothing at all.

Drove out to Springbokfontein because someone wrote in the animal sightings book that a pride was seen there the day before. Back to Goas and Nuamses with no luck. Headed back in a hurry after sitting at Goas a little too long. Did not want to be locked out of the Halali Camp and end up as cat food or fined for tardiness. Went to check out Moringa Waterhole at Halali Camp. Left big cameras to room and wanted a sunset picture with point and shoot camera.

Now I missed the sunset and had people who walk like tourists on a city street blocking path. Then finally a lion was at the waterhole. One of people pointed out the lion at waterhole that then ran into the dark brush. Always carry your cameras with you Gordon. When will you learn? Now you have a silhouette of lion in Africa finally. Are you satisfied? No.

Tomorrow I will see the leopard and her cubs at Nuamses even if I have to sit there all day. 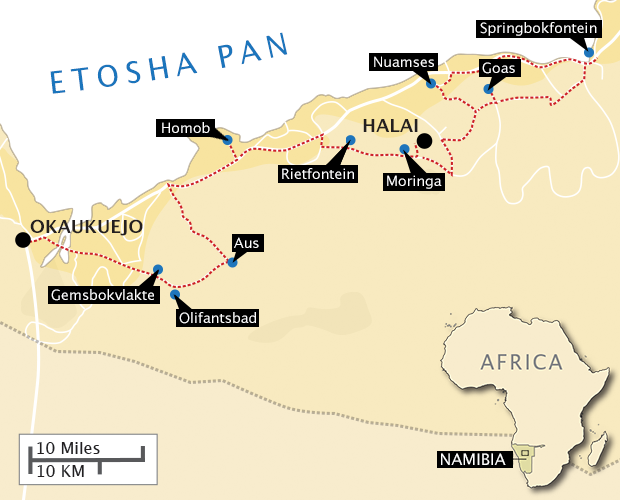