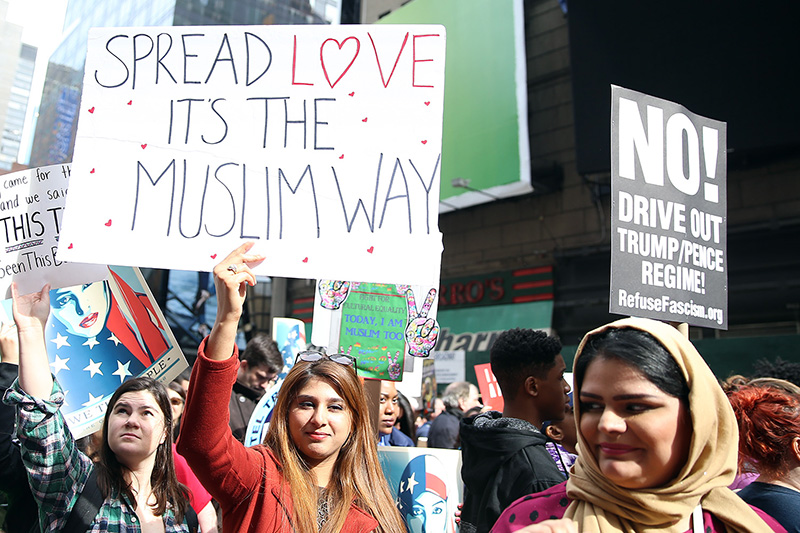 ‘I am a Muslim too’ rally in Times Square

Music Mogul Russell Simmons lead thousands at the I Am A Muslim Too Rally in New York and he has a thing or two to thank his ex-friend Donald Trump for.

Donald Trump has been under immense heat since he has taken his oath as the president of the United States. His inauguration has been colored with various protests all around the world, his executive orders have been met with nationwide protests and strikes, even his statements and tweets incite great disdain and disapproval from countries and world leaders.

With a lot of hate and disapproval crashing into Donald Trump, thanks to his proven false statements and rage-inciting policies, it’s not surprising that he would make hoards of enemies. But this time around, an anti-Trump rally in New York has Donald Trump’s ex-friend thanking the president instead. (Yahoo News)