A collection of photo illustrations made for Yahoo News breaking news and original stories. Pages built and supporting photos researched and photo edited. 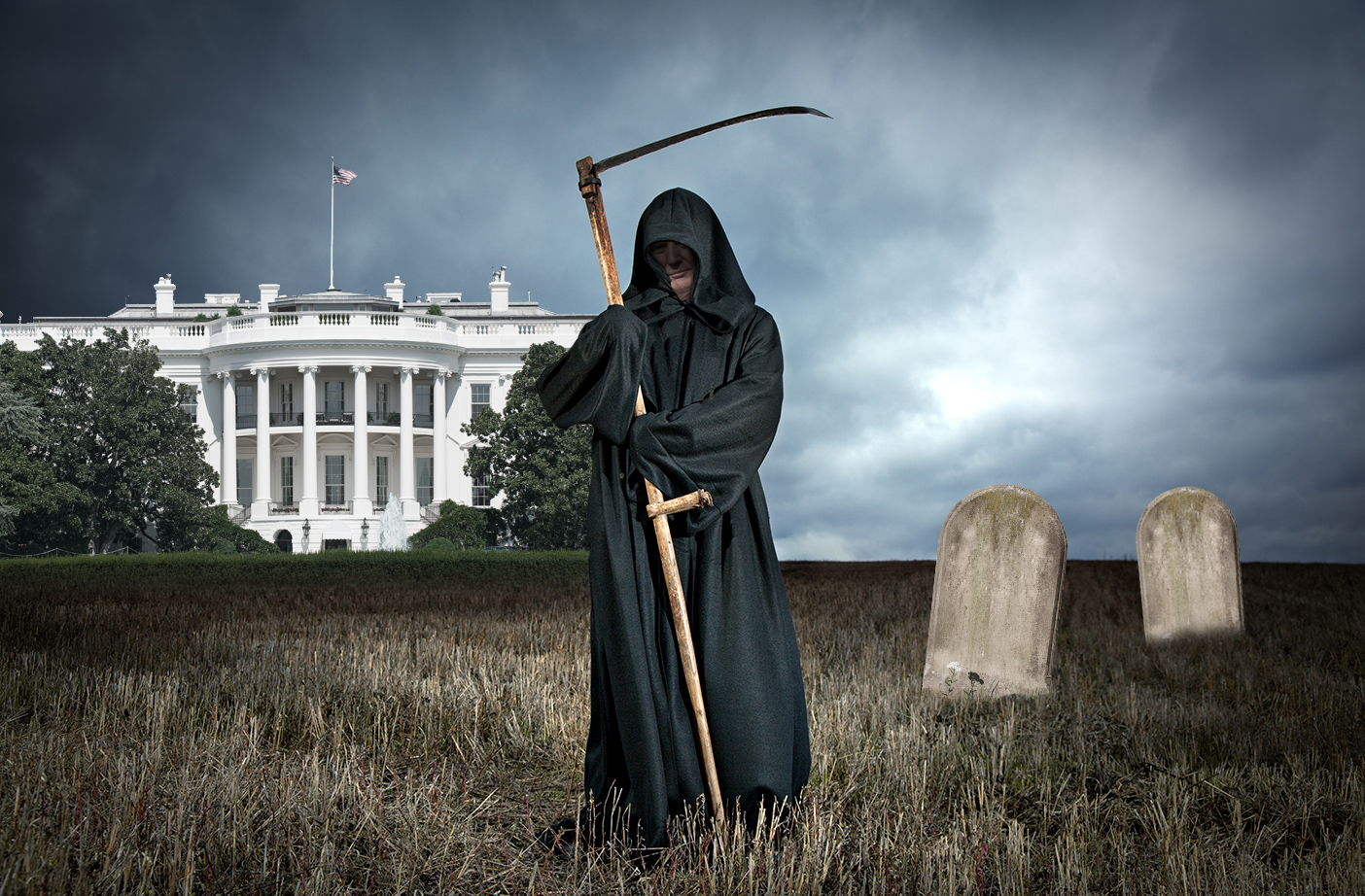 That was fast: The Trump White House’s series of staff departures

Despite President Trump’s recent insistence that there is no “chaos” in his White House, his administration has been rocked by a seemingly never-ending series of high-level staff departures. Read more »﻿ 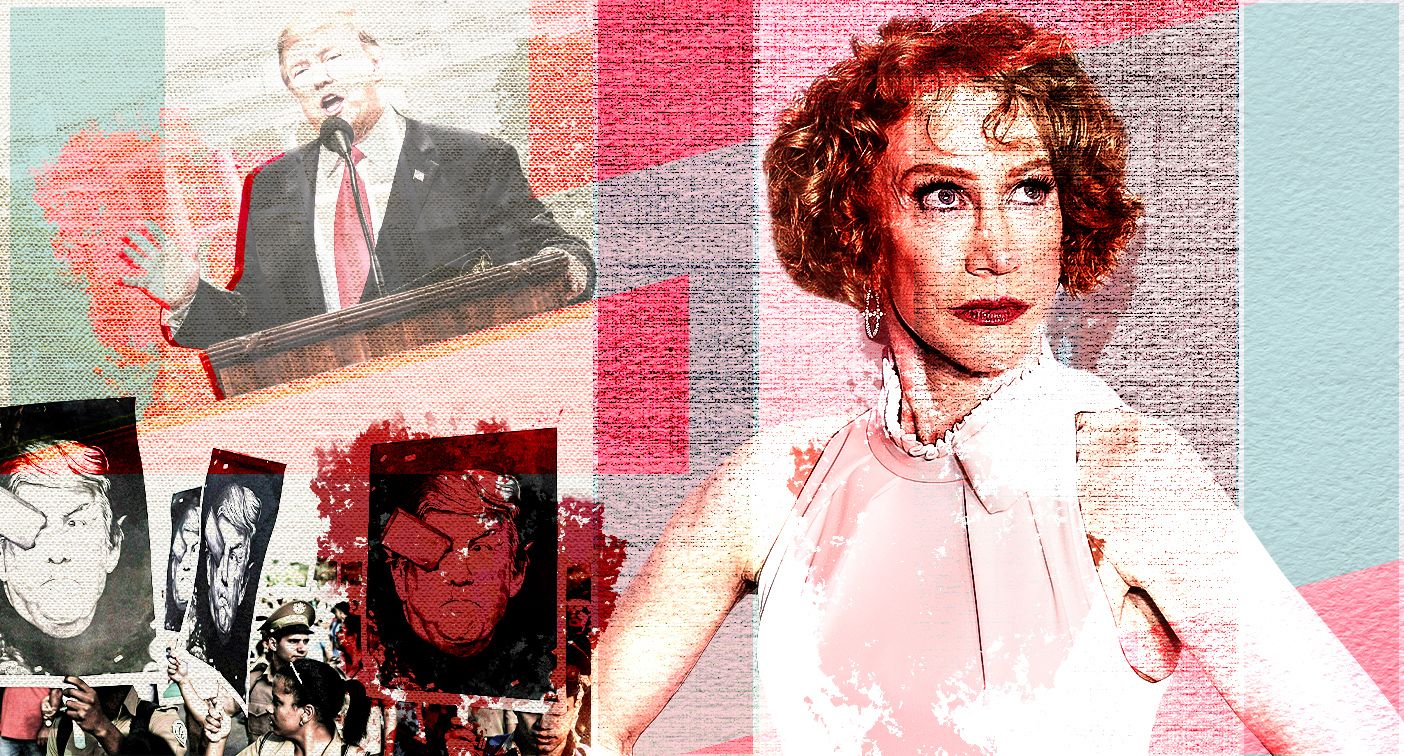 Kathy Griffin: 'We have a president without an earpiece'

If you’re looking for Kathy Griffin to apologize, stop reading right now. She did apologize once, after the image of her posing with what looked like the bloodied head of President Trump went viral in the worst way possible two years ago (the head was a rubber mask, the blood was ketchup). She won’t say sorry again, calling her tearful mea culpa “a horrible mistake” in a recent conversation. Read more »﻿ 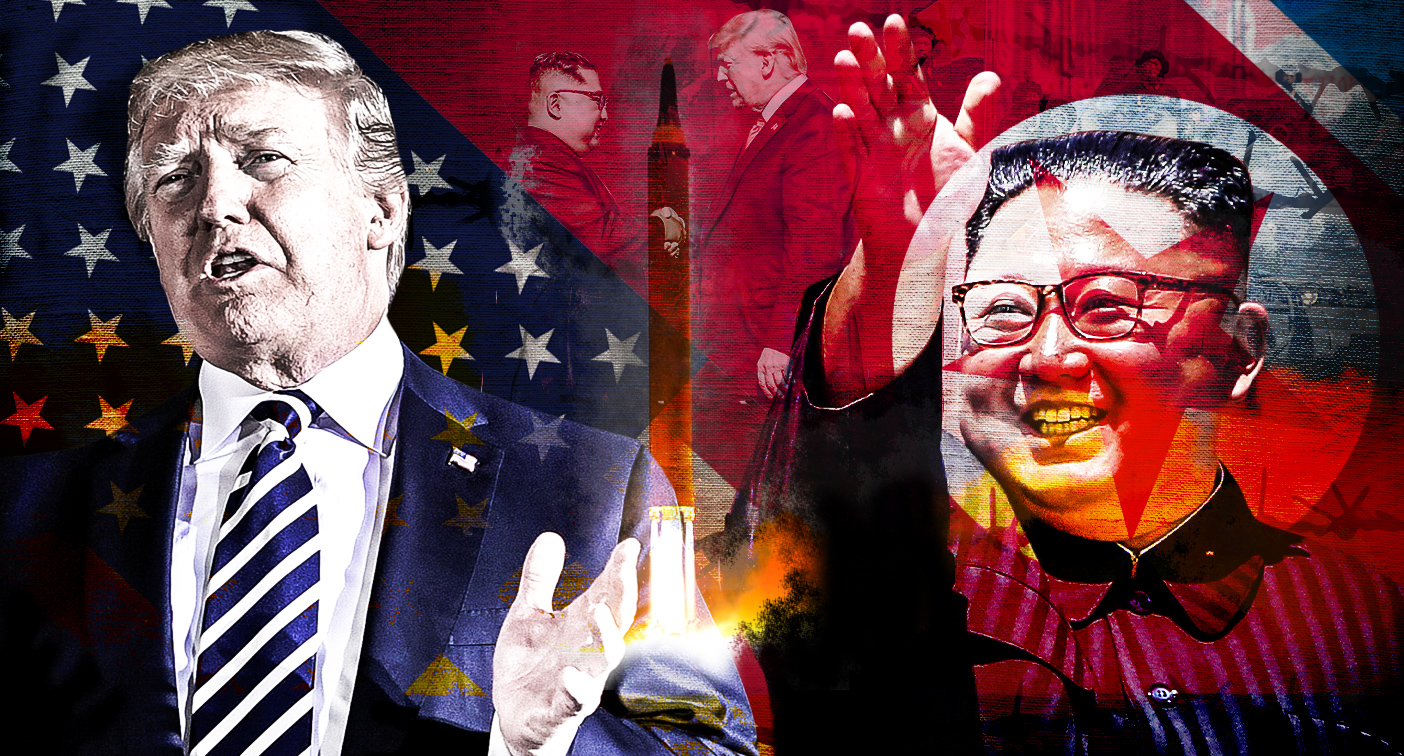 What to expect — or fear — when Trump meets Kim again

As the date approaches for a second summit between President Trump and North Korean dictator Kim Jong Un, America’s top intelligence official is warning the country not to set expectations too high. In testimony this week before the Senate Intelligence Committee, Director of National Intelligence Dan Coats went so far as to question whether the central U.S. goal of the talks — North Korea’s complete and verifiable denuclearization — was realistically achievable. Read more »﻿ 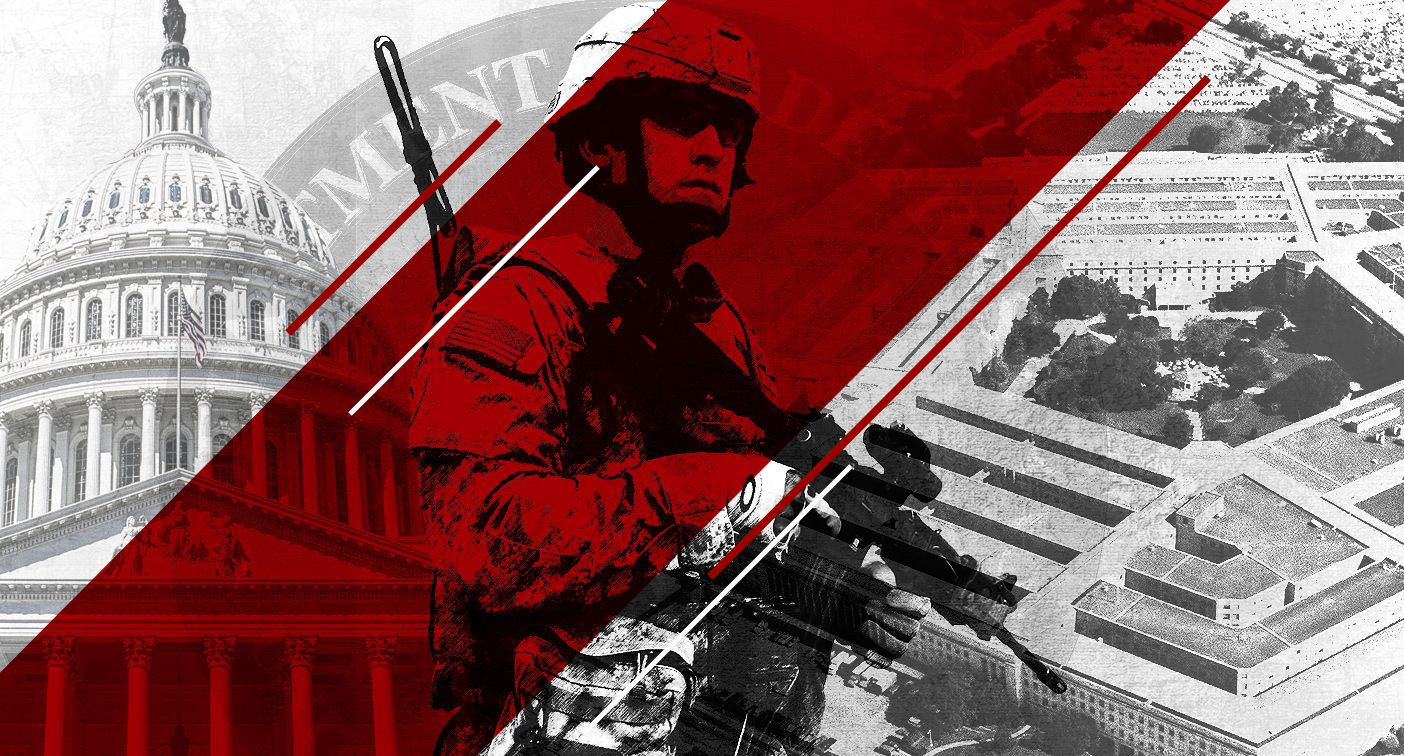 Special operations boom years may be coming to a close

Congress and the Pentagon want to rein in and reorient America’s vaunted special operations forces, perhaps relegating them to the supporting roles they played before the attacks of Sept. 11, 2001. Read more »﻿ 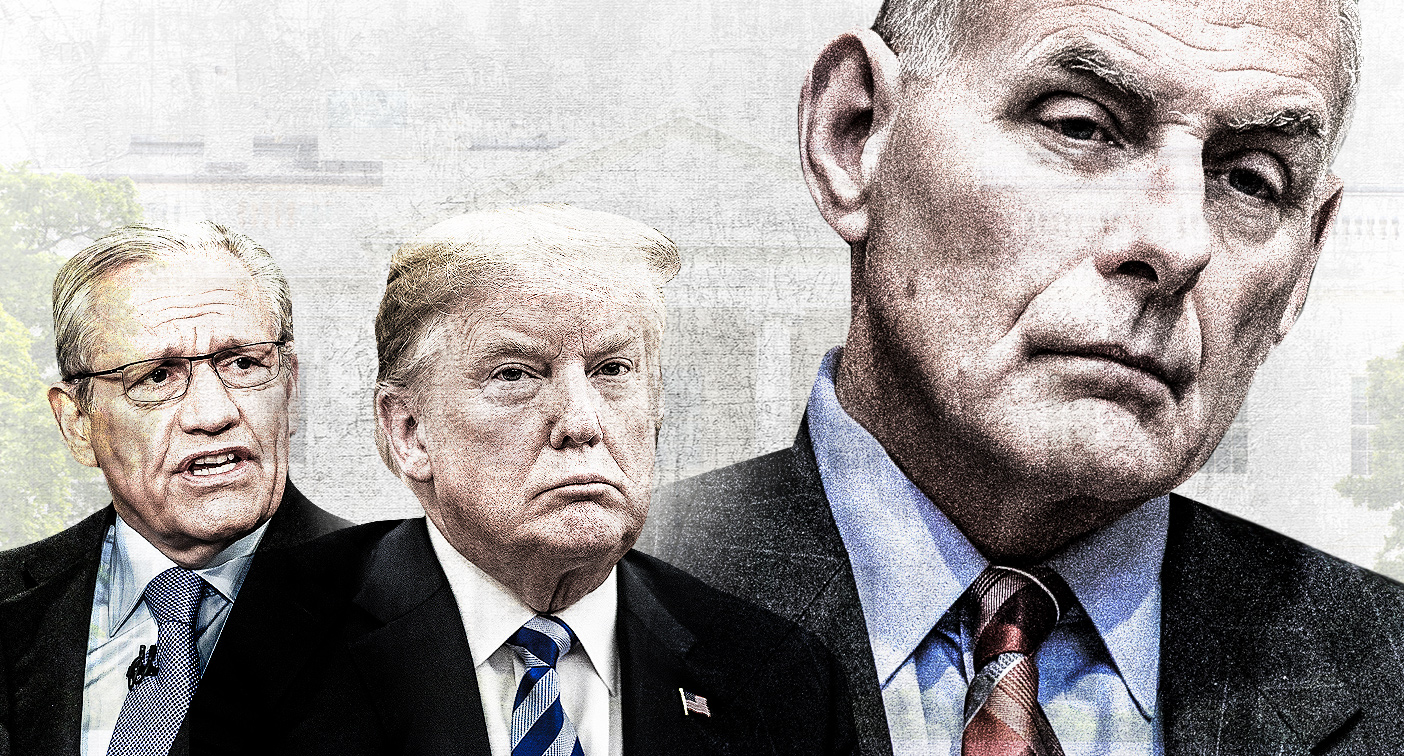 Bob Woodward is the most famous newspaperman alive — or not, for that matter. And so Woodward gets away with things in a work of nonfiction for which other journalists would be rightfully pilloried. He relies heavily on unnamed sources and reconstructs private scenes with total omniscience, which are tactics I’d advise any young reporter to avoid. Read more » 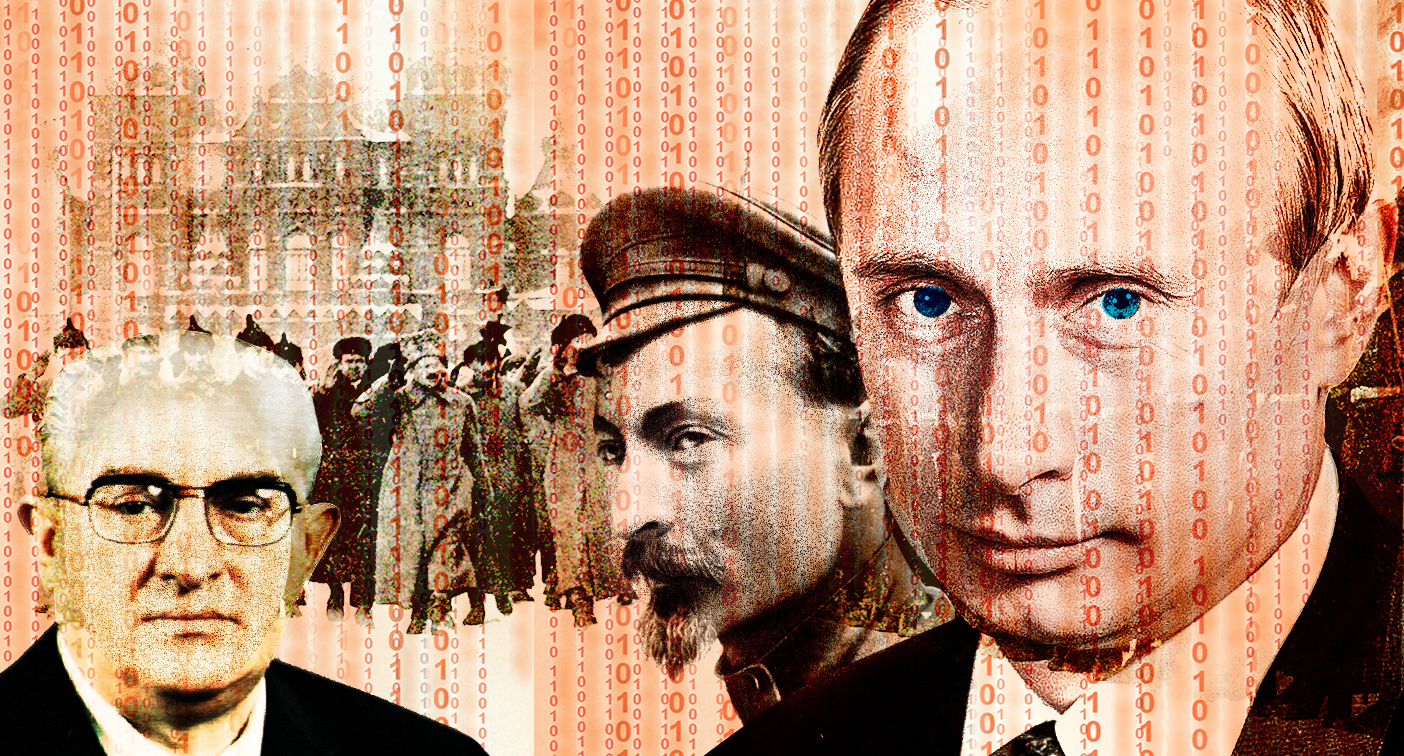 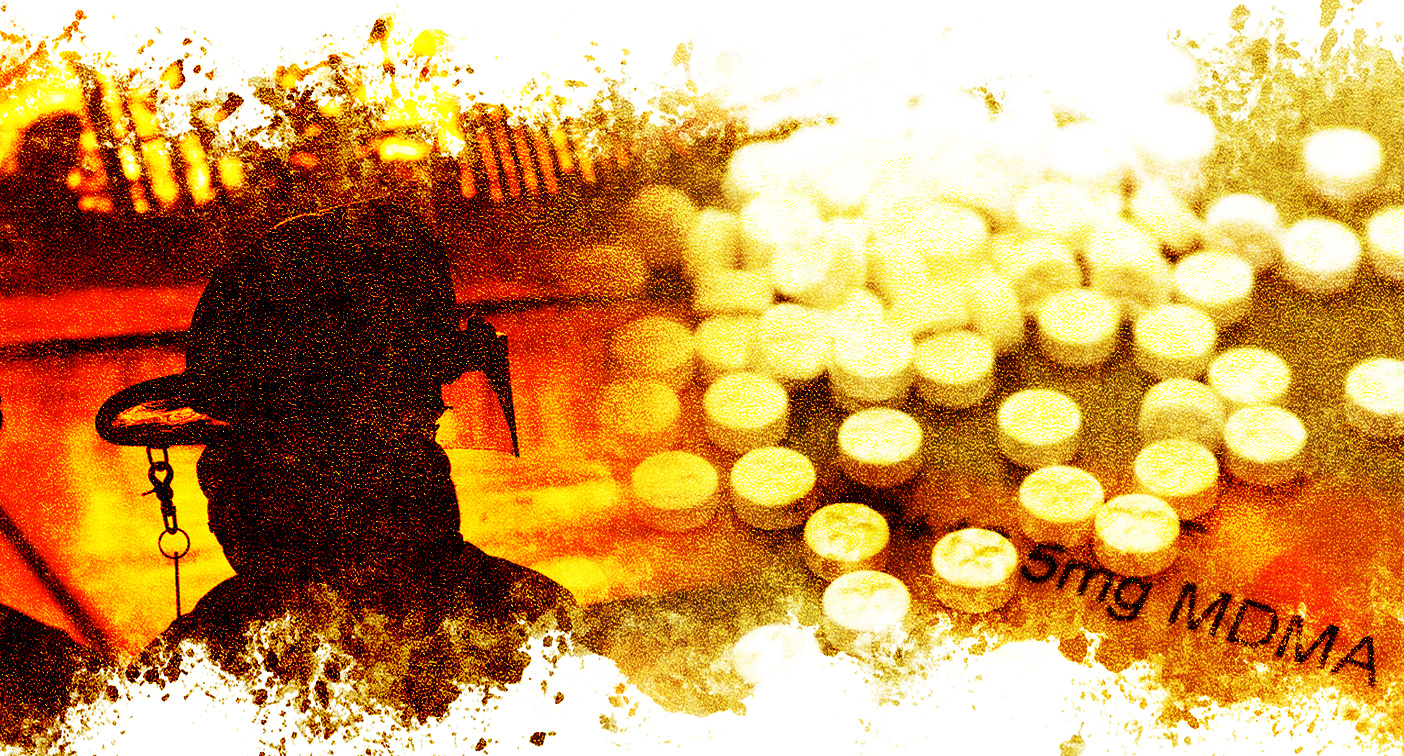 Ed Thompson’s first experience with MDMA — better known by its street name, Ecstasy — was in an old house that had been converted into a peaceful therapist’s office with skylights. A far cry from the Dionysian abandon of a rave, the environment mimicked a comfortable living room, but for the cameras and microphones recording his session for a study that holds the promise of a treatment for the often-intractable condition known as post-traumatic stress disorder. Read more » 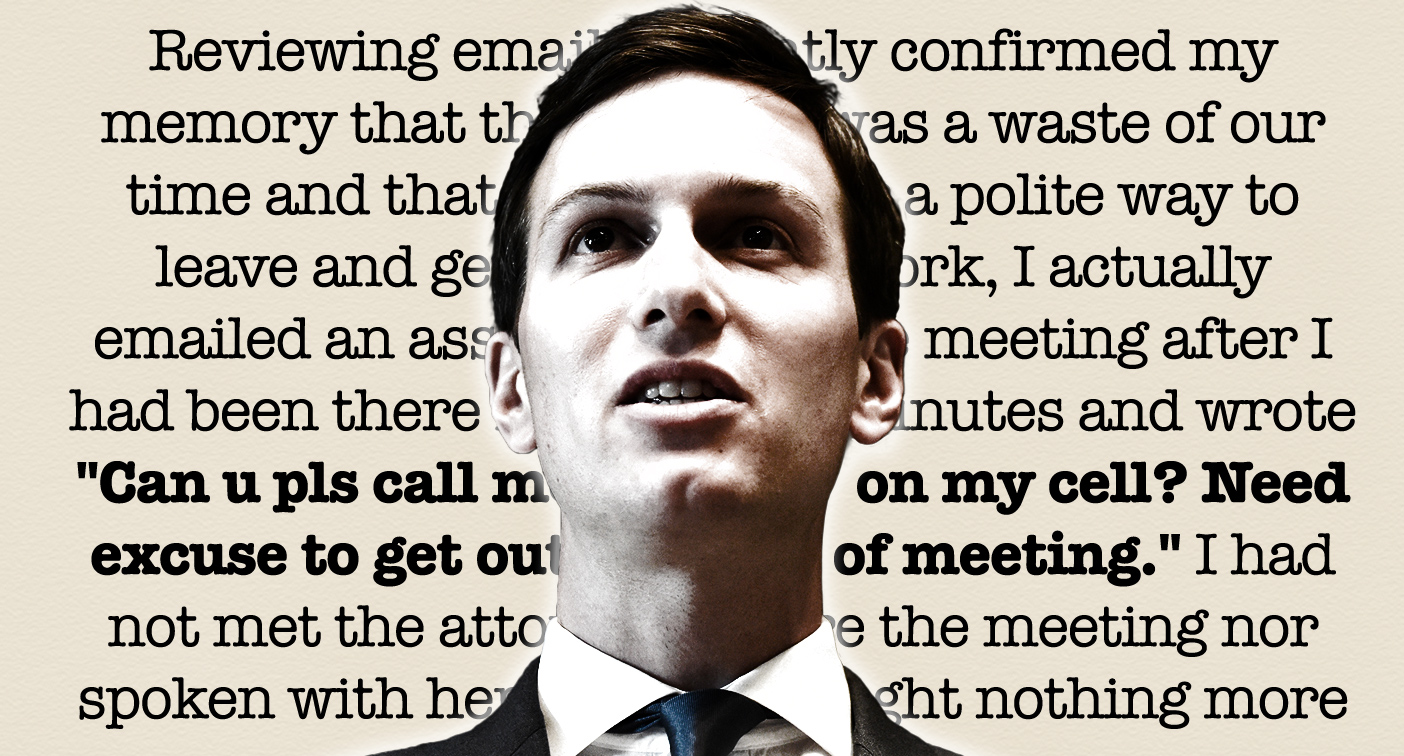 In a lengthy statement to the congressional committees investigating Russian interference in the 2016 election, President Trump's son-in-law and top White House adviser Jared Kushner says that he was largely overwhelmed by "a fast-paced campaign" in which he took thousands of meetings and received thousands of emails, but that he has "nothing to hide." Read more » 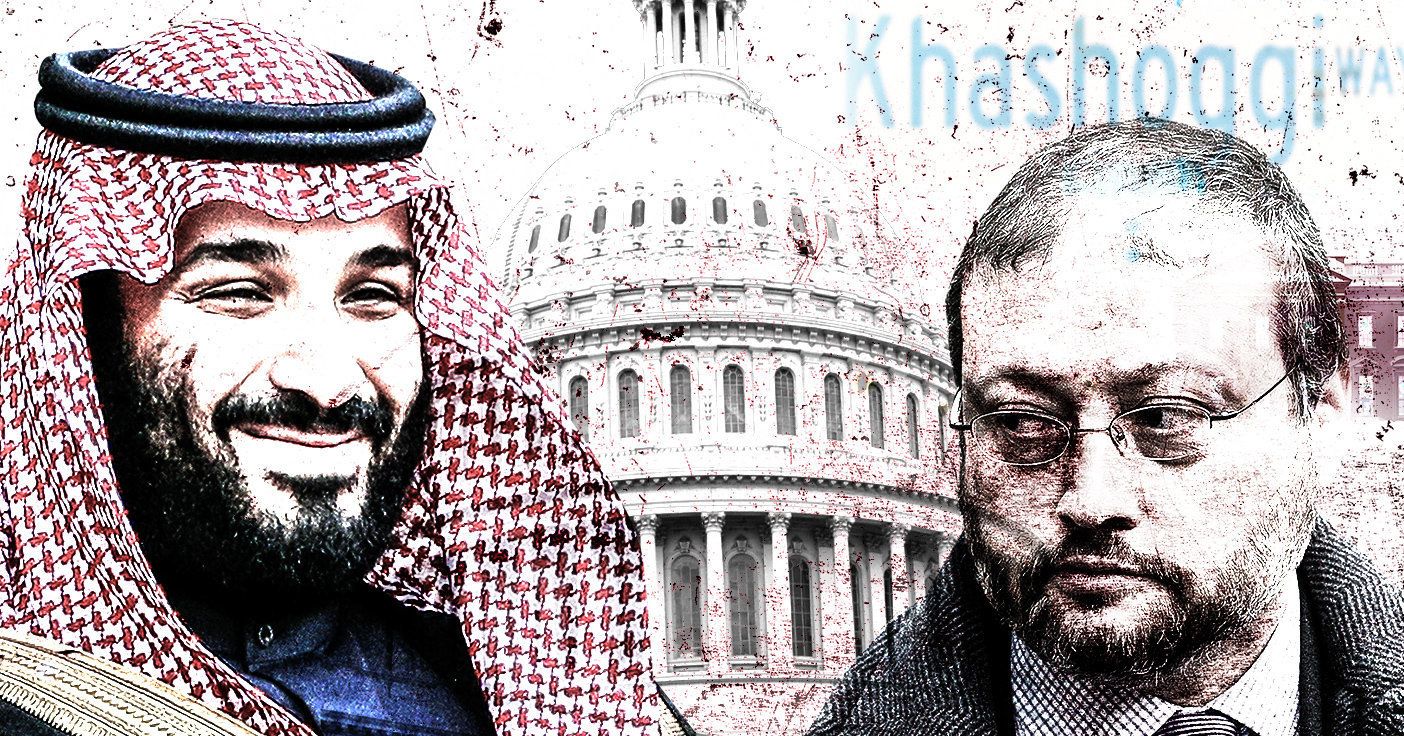 In the immediate aftermath of the murder of Washington Post columnist Jamal Khashoggi, Saudi Arabia’s army of well-paid lobbyists and PR experts stepped away from public view, with some even dropping their oil-rich client, particularly as evidence for the killing pointed toward the kingdom’s leadership. Read more »﻿ 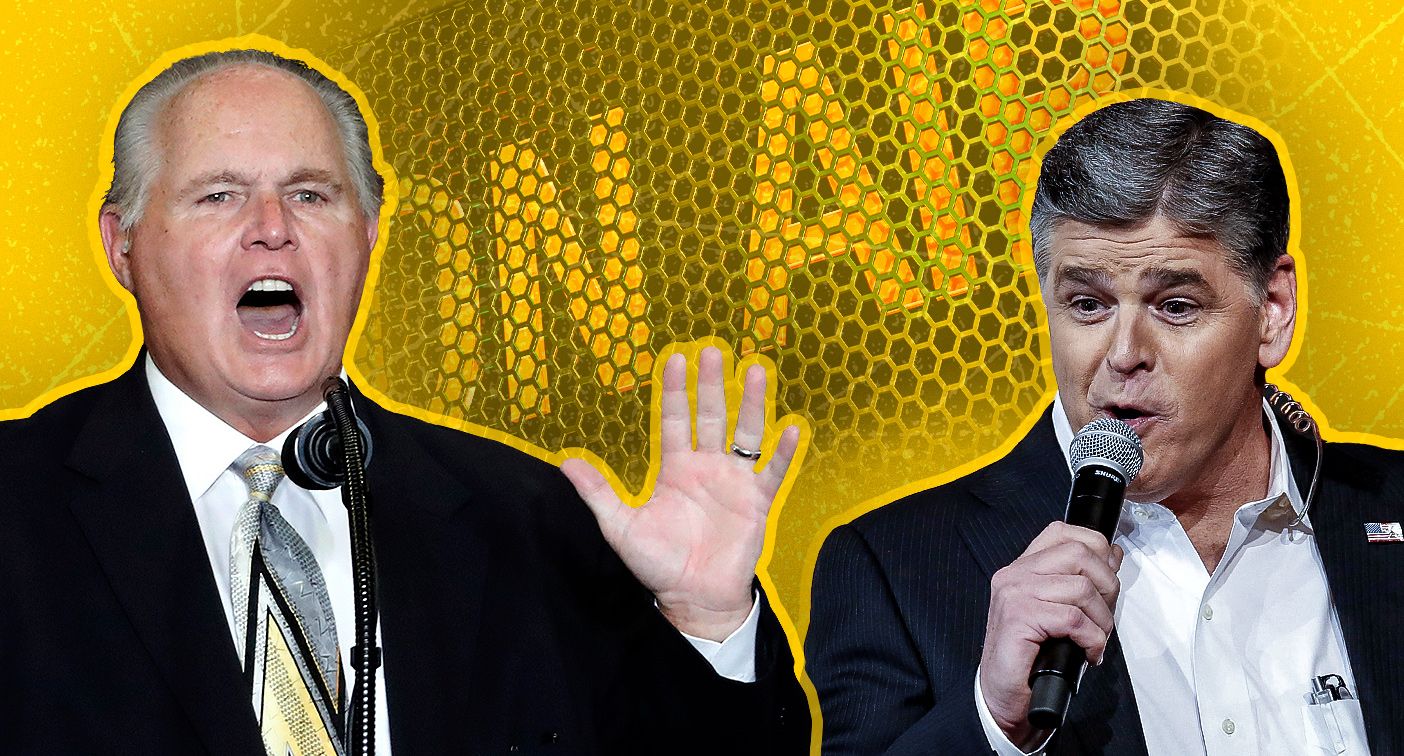 Limbaugh and Hannity are 'party leaders' just as much as McConnell

To many Republican voters, Senate Majority Leader Mitch McConnell is an establishment hack who can’t be trusted, while Fox News’ Sean Hannity is a straight talker who keeps the GOP honest. Read more » 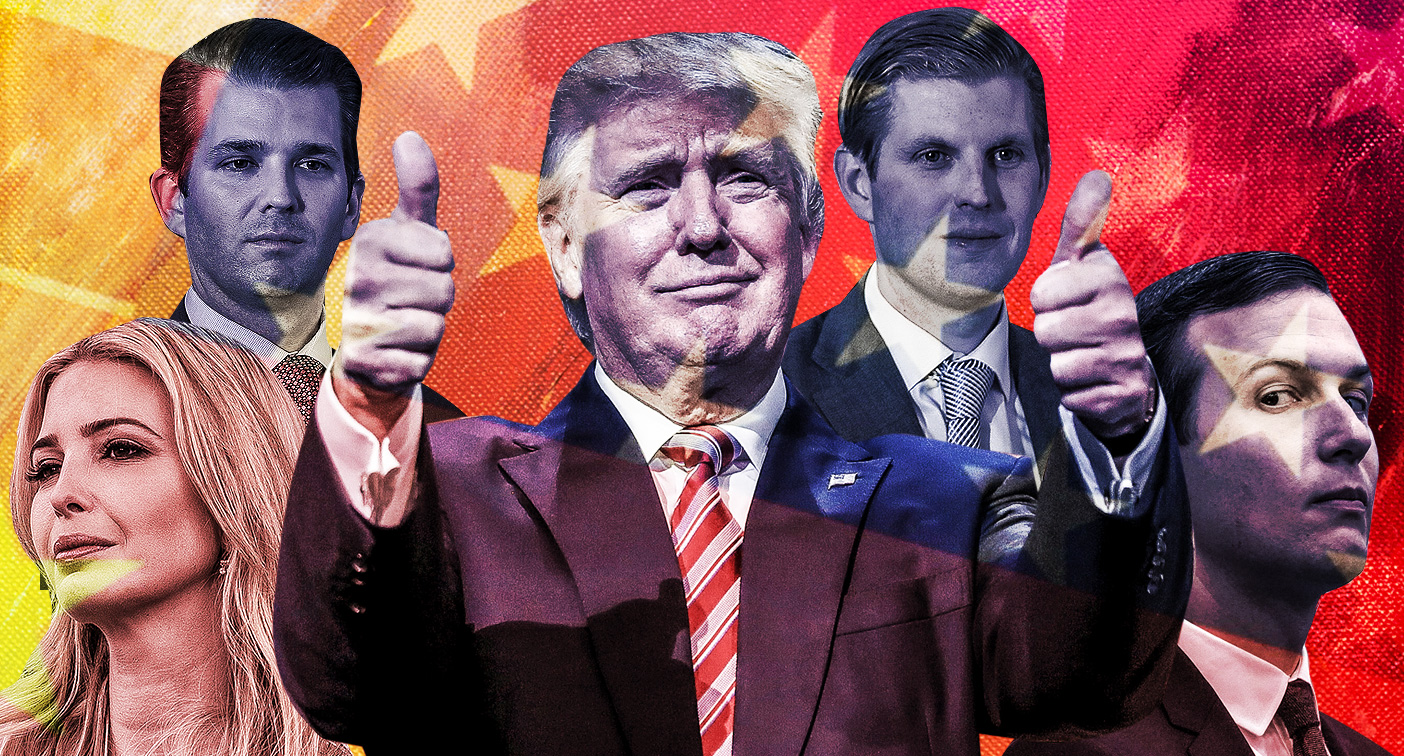 In China, princelings are privileged relatives of high-level government officials. Princelings benefit from nepotism and cronyism, using their family ties to conduct business and accumulate wealth. They also serve as conduits for currying favor with their official relations. Now President Trump has given us the ultimate Chinese import: American princelings. They are his sons Donald Trump Jr. and Eric Trump, daughter Ivanka Trump and son-in-law Jared Kushner. Read more » 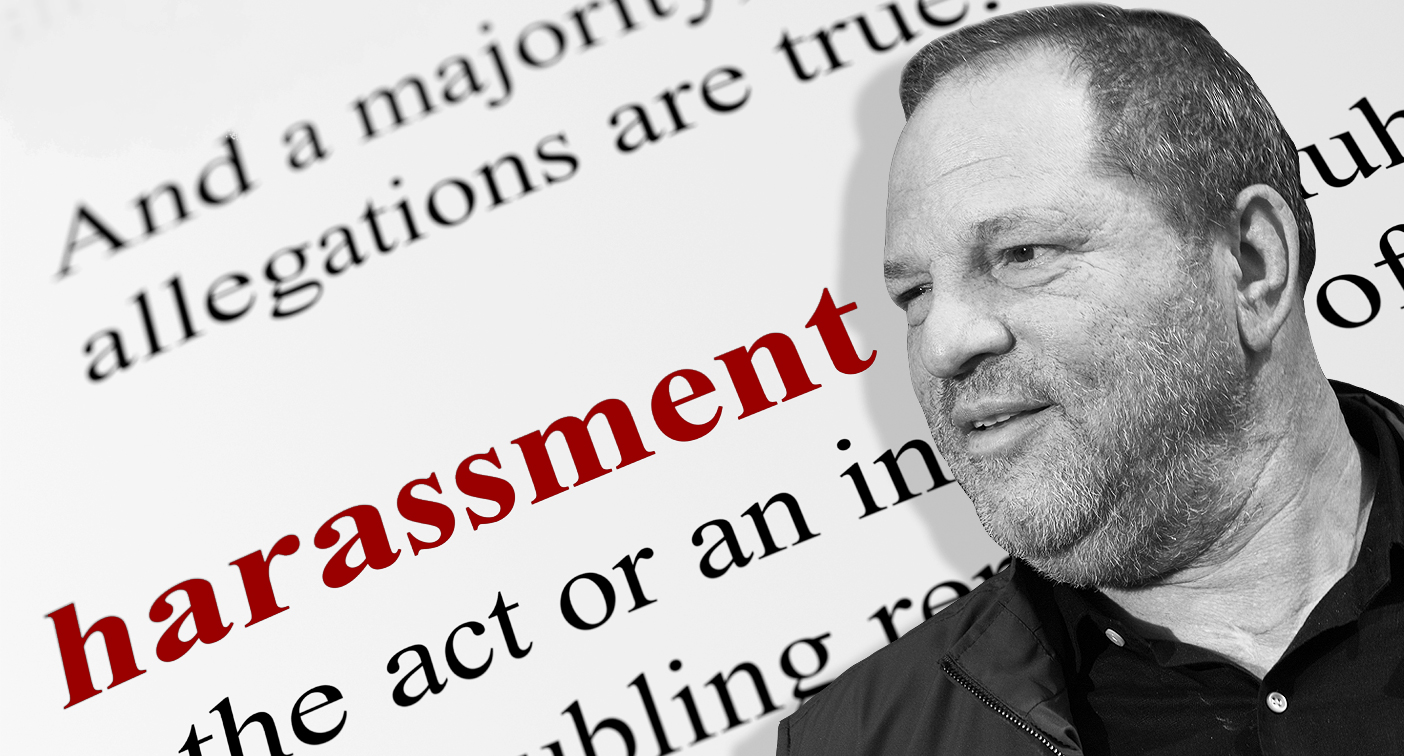 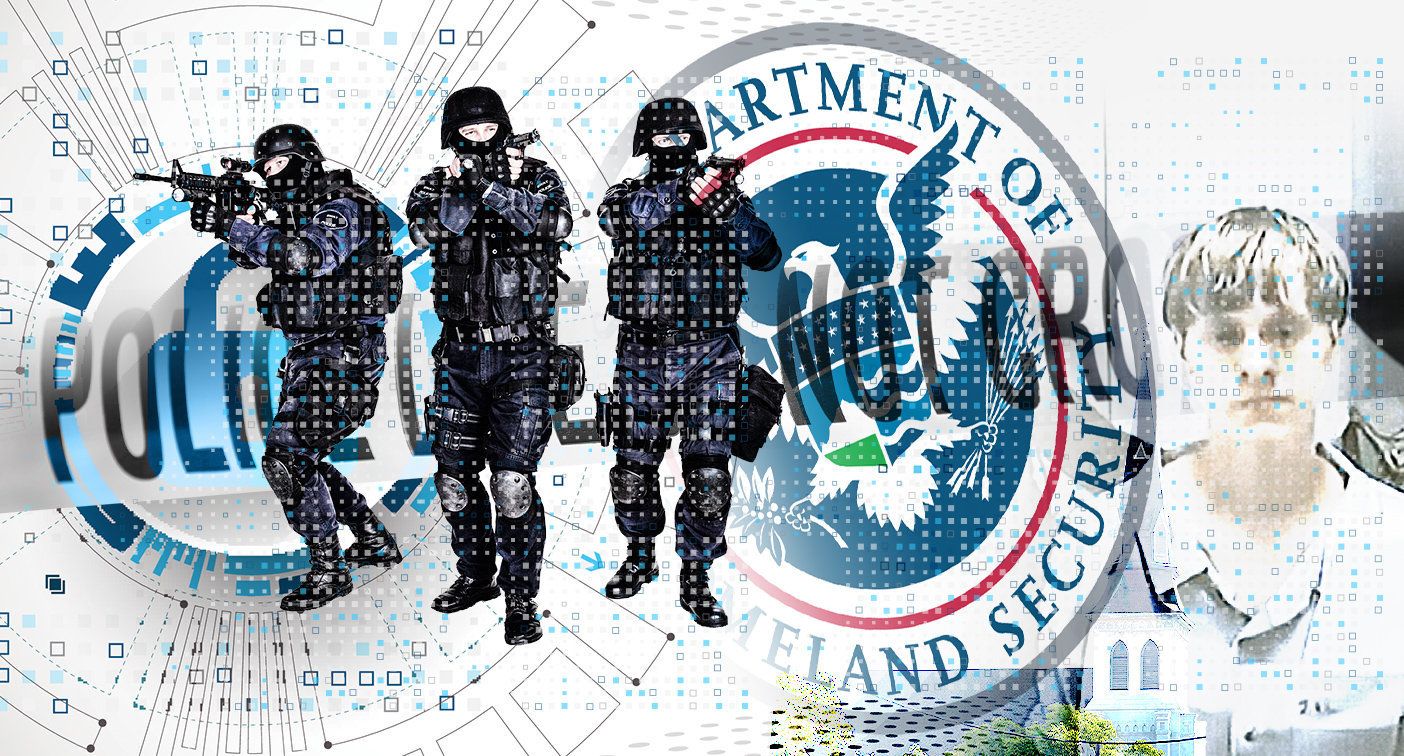 The U.S. government's counterterrorism center doesn't track white supremacists. Some think it should.

Earlier this week, the Justice Department indicted more than a dozen white supremacists in Alaska for a multitude of alleged crimes, ranging from narcotics trafficking to murder. The arrests came less than two weeks after a white supremacist in New Zealand shot and killed 50 people at two mosques in Christchurch, highlighting what many see as a growing terrorist threat from white nationalism. Read more » 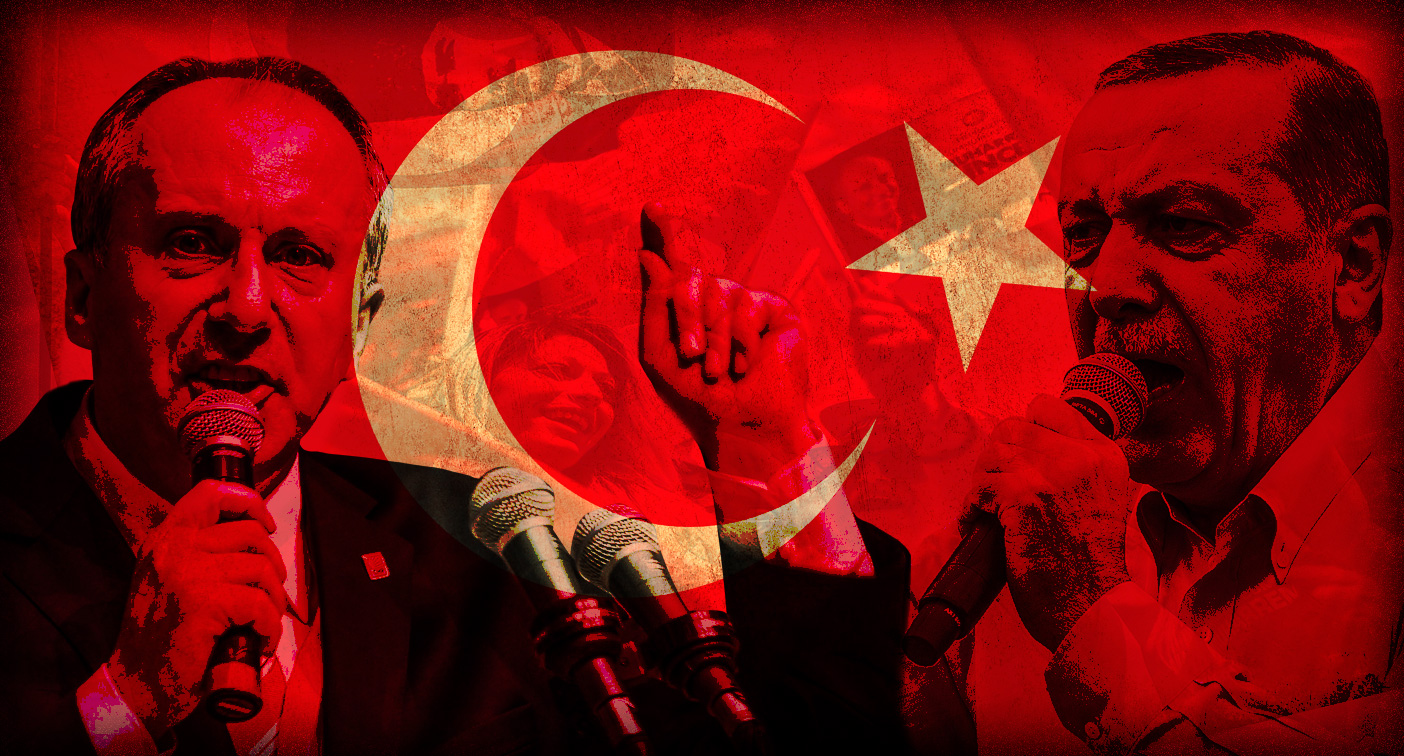 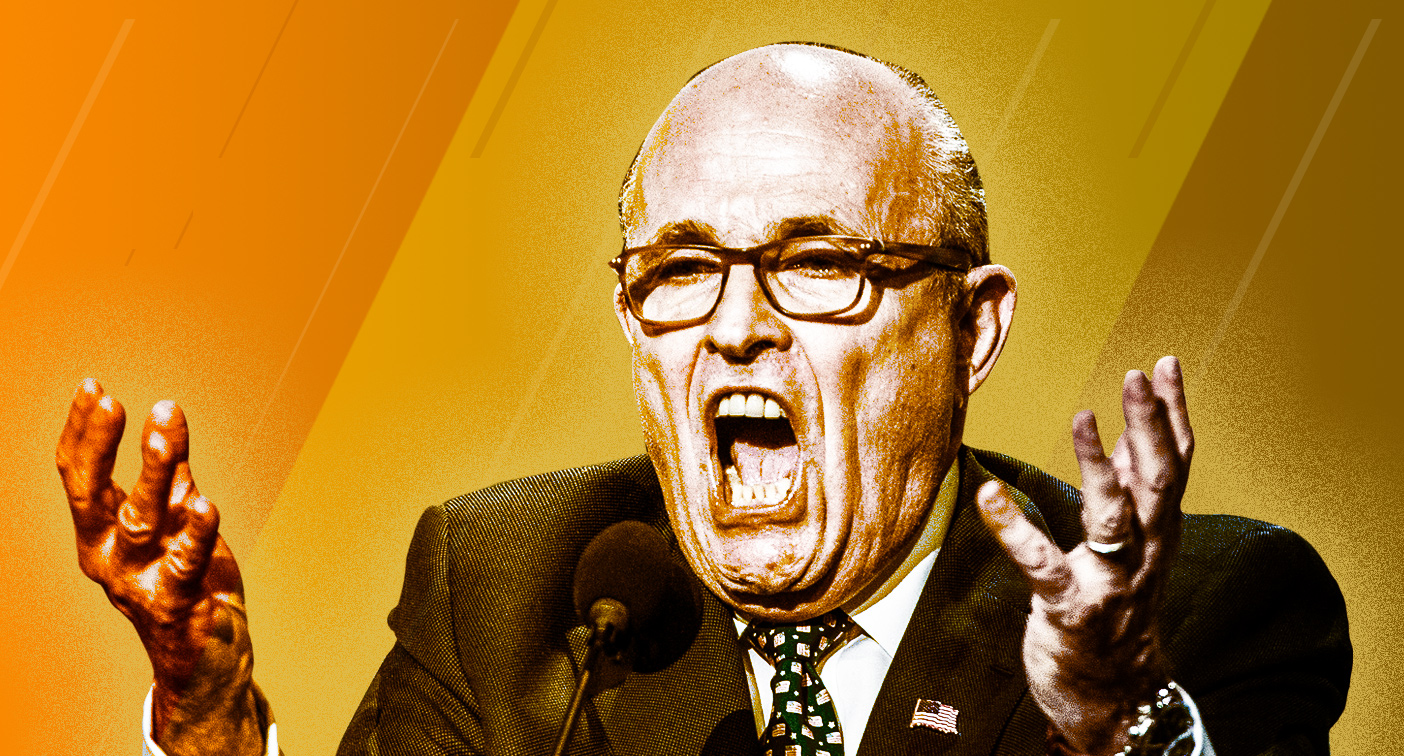 Long ago, in his prime, Rudy Giuliani was an important and visionary politician who probably had more influence on modern American cities than anyone else, for better and for worse. I know, you see him on TV now, appearing as the president’s lawyer, and you think, “Hey, when did Montgomery Burns become a real person, and why is he having an entire conversation with himself like he’s hearing voices?” I get it. Read more » 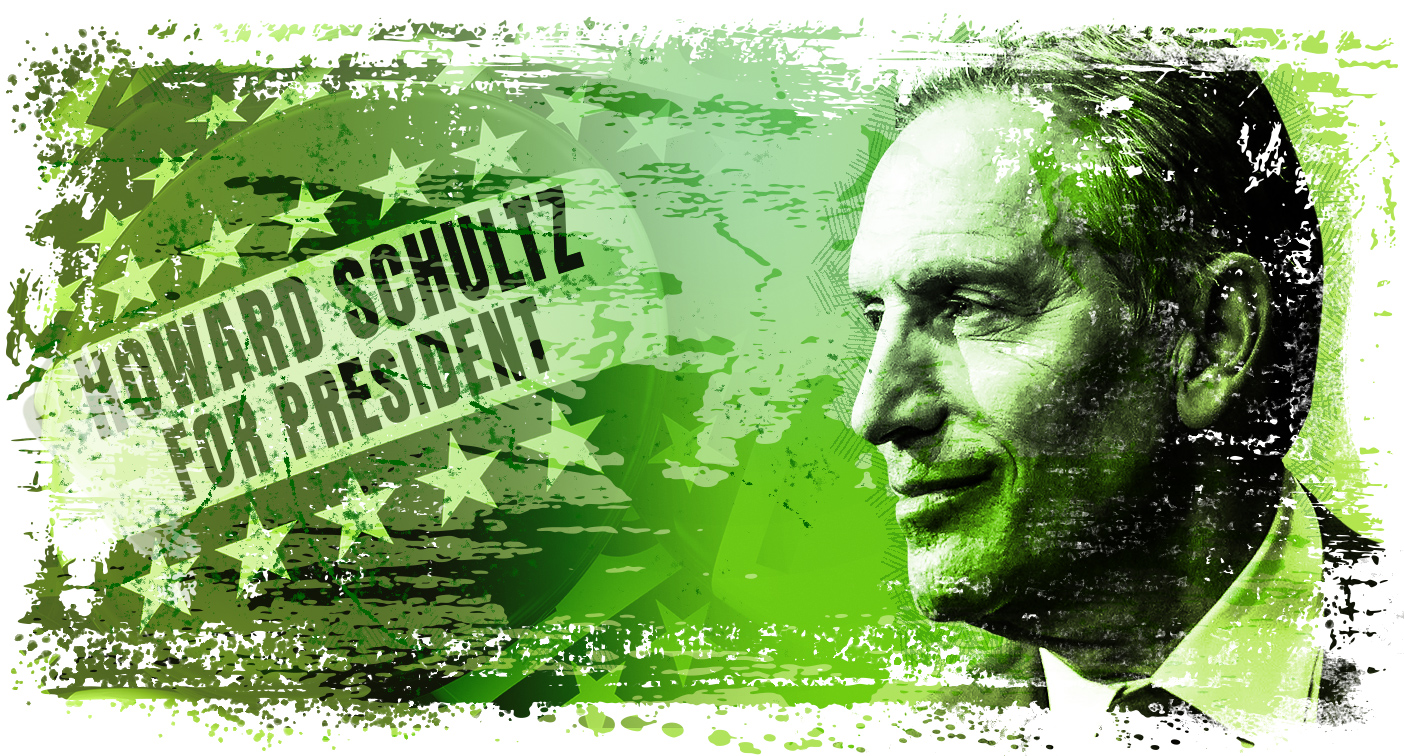 I was a little taken aback this week by the level of outrage and vitriol spewed at Howard Schultz, the 65-year-old billionaire who built Starbucks into a global brand, after he said he was considering a self-funded, independent campaign for president. The way the left reacted, you’d have thought he was getting rid of almond-milk lattes. Read more » 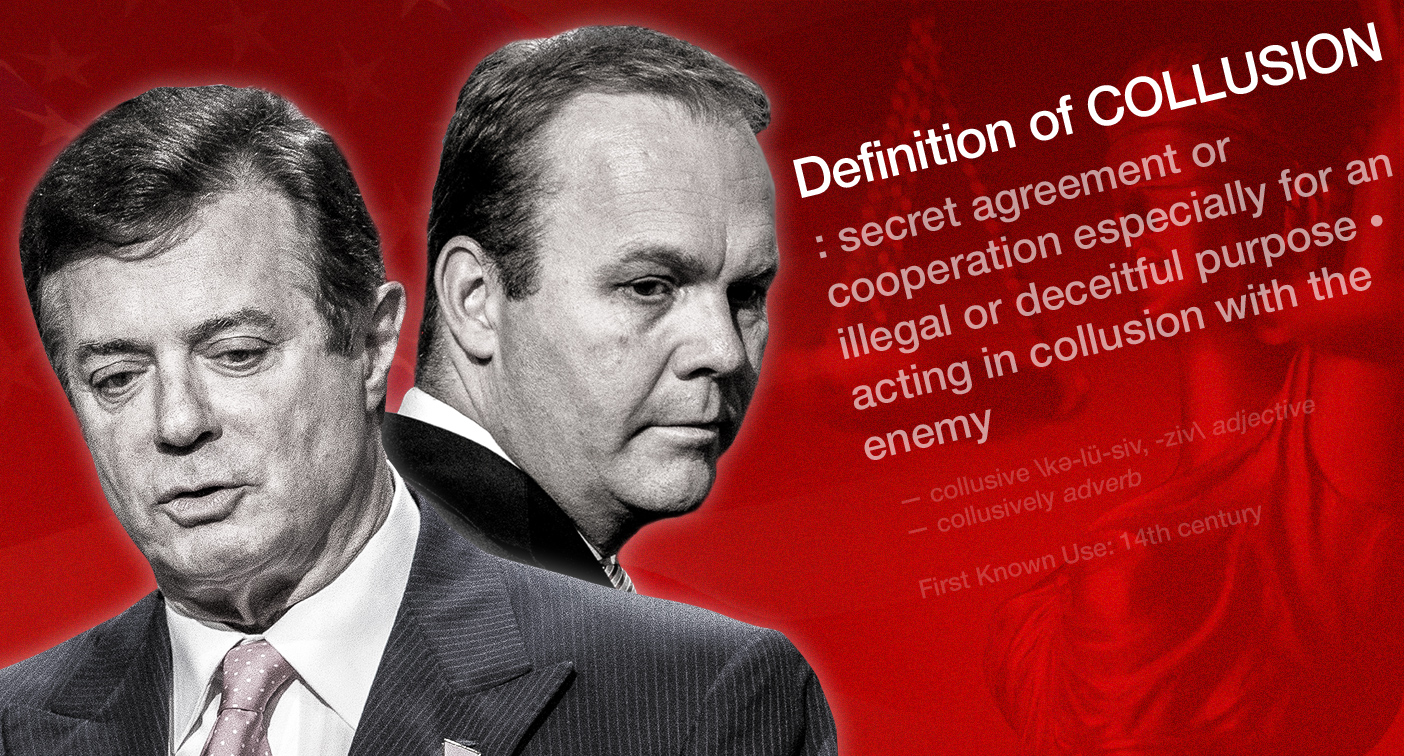 Special Counsel Robert Mueller unveiled the first charges in the Russia probe against members of President Trump’s inner circle — and more are likely coming.There were 12 counts in the indictments handed up by a federal grand jury against Paul Manafort, President Trump’s former campaign chairman, and Rick Gates, Manafort’s former business partner, including conspiracy to launder money and failure to file reports of foreign bank and financial accounts. But perhaps the most sinister-sounding is count one: conspiracy against the United States. Read more » 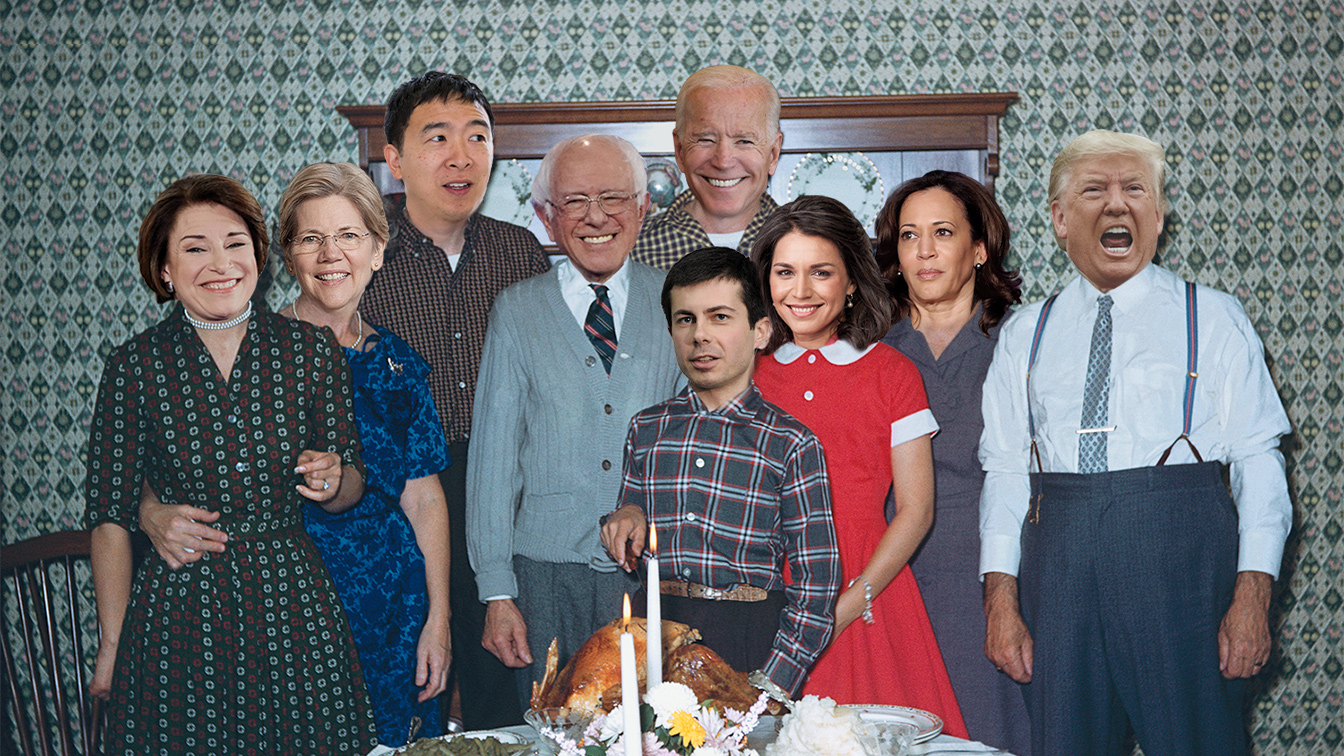 Your talking points for the 2020 race, in time for Thanksgiving dinner

We all know we’re not supposed to talk politics at Thanksgiving. But with impeachment looming and a momentous presidential election year about to commence, the subject will probably be harder than ever to avoid on Thursday. Read more »﻿

Donald Trump by the numbers

Art was made before the story was scrapped which happens much the time in the world of breaking news. This was fun to do regardless. 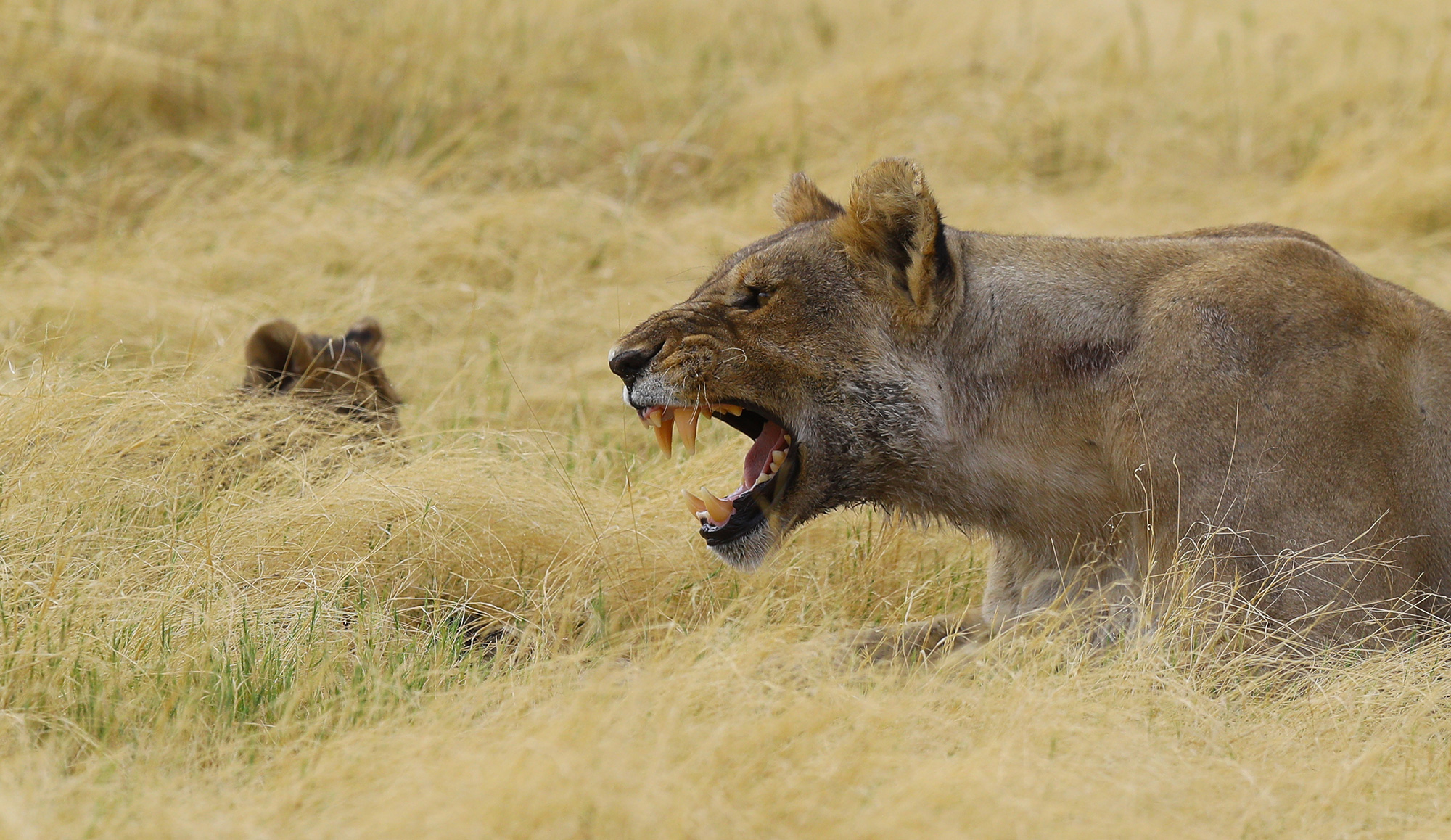 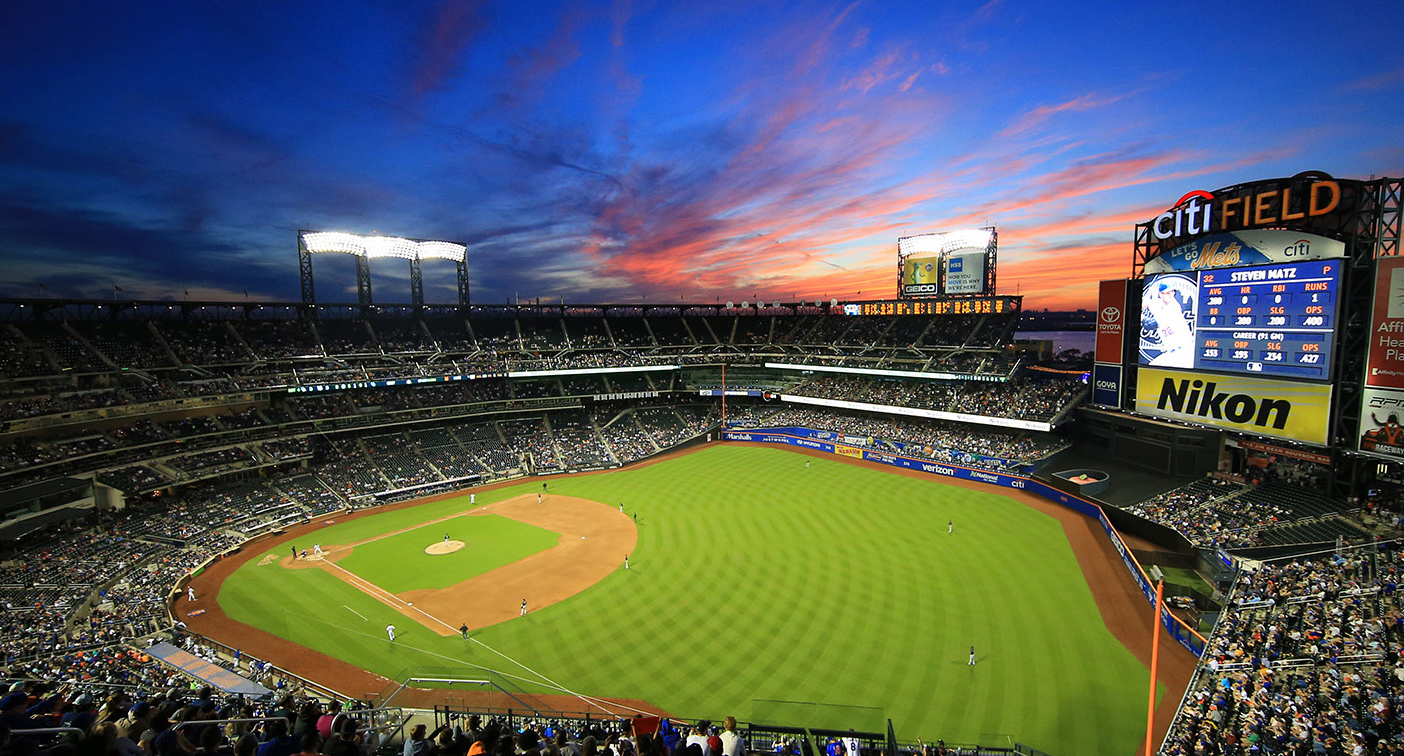 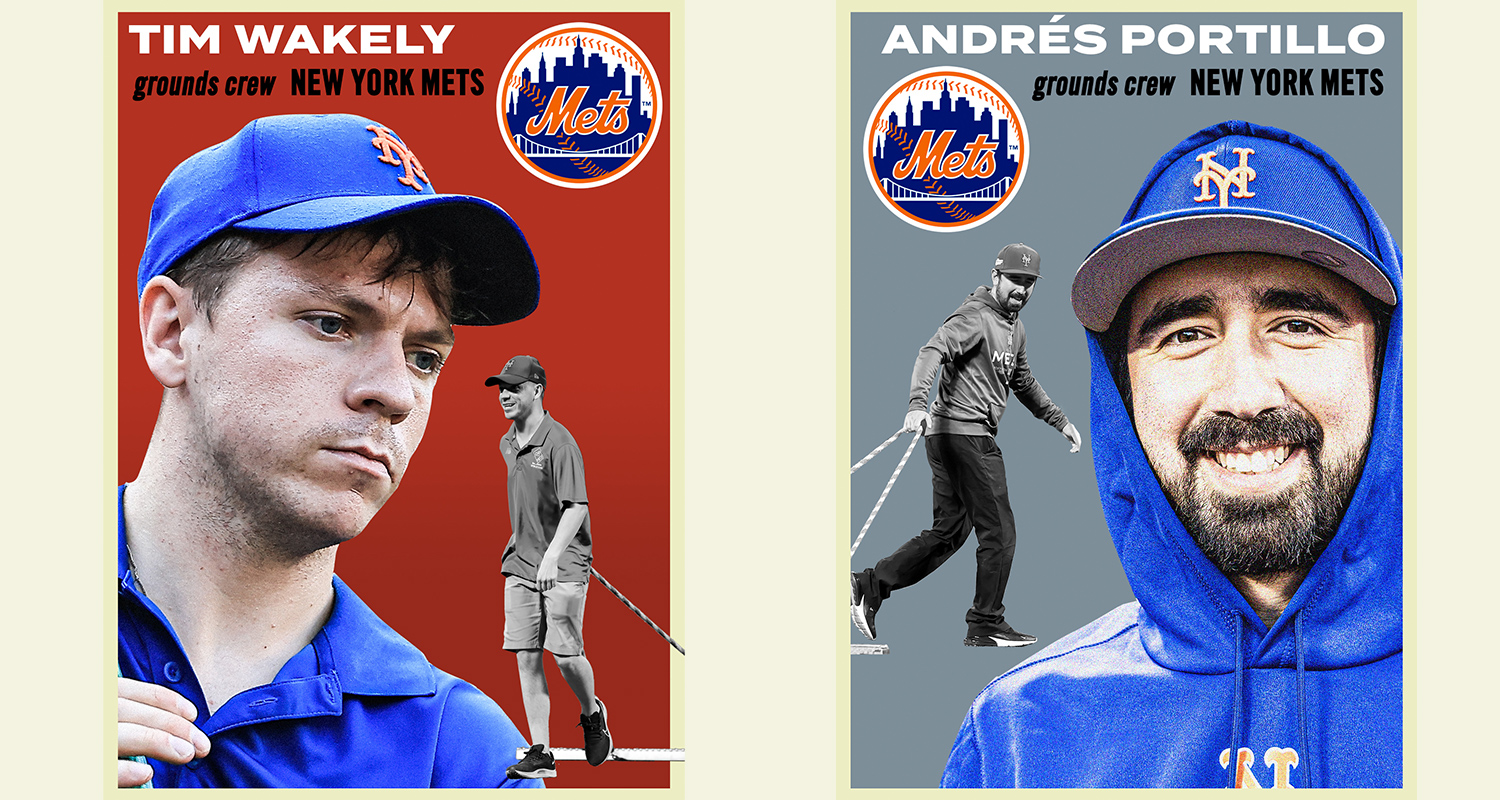 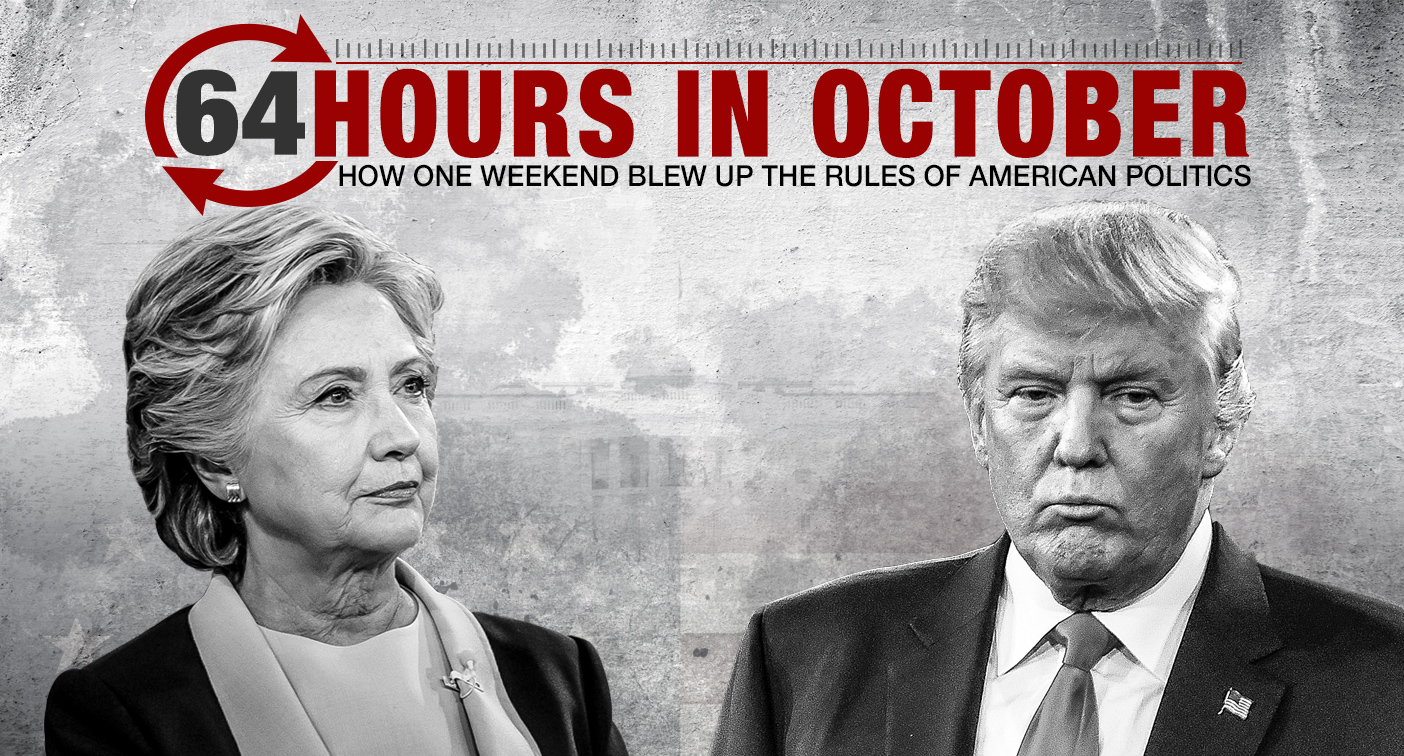 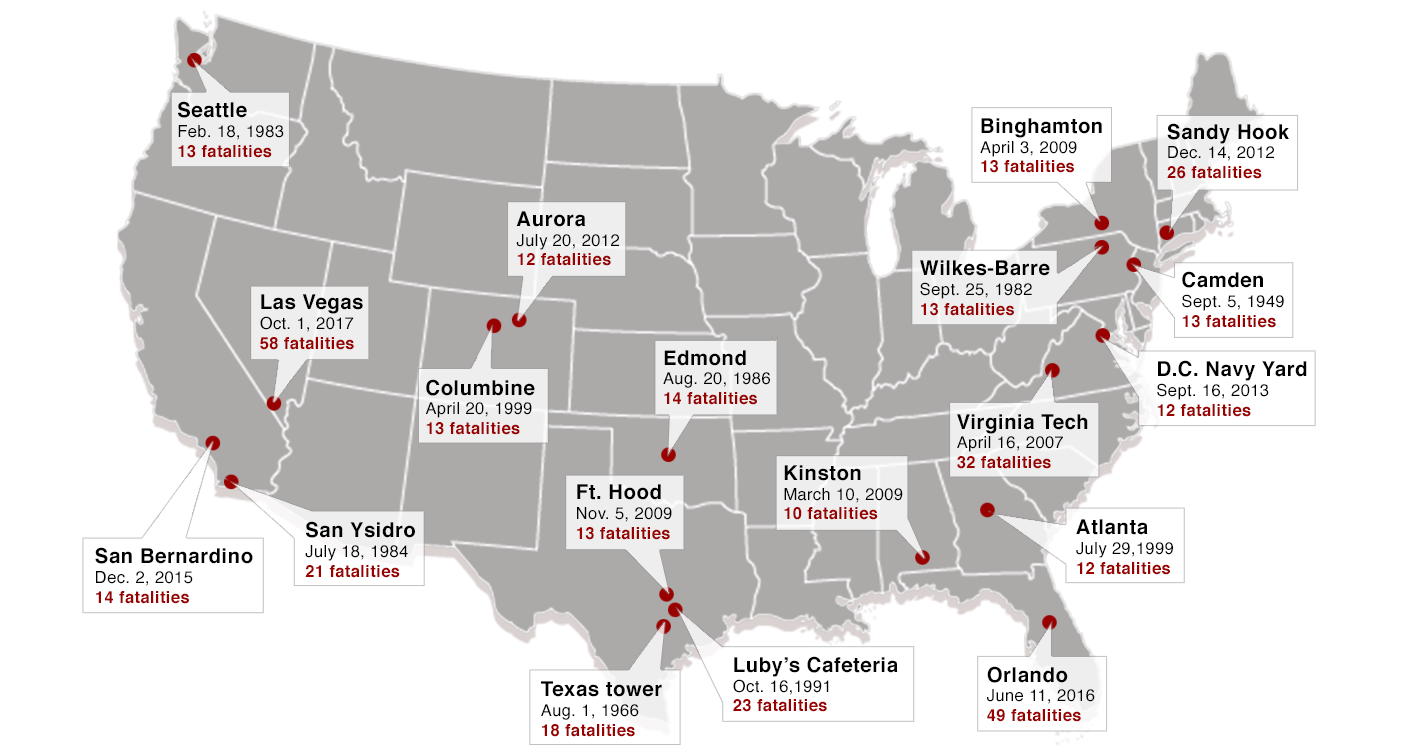 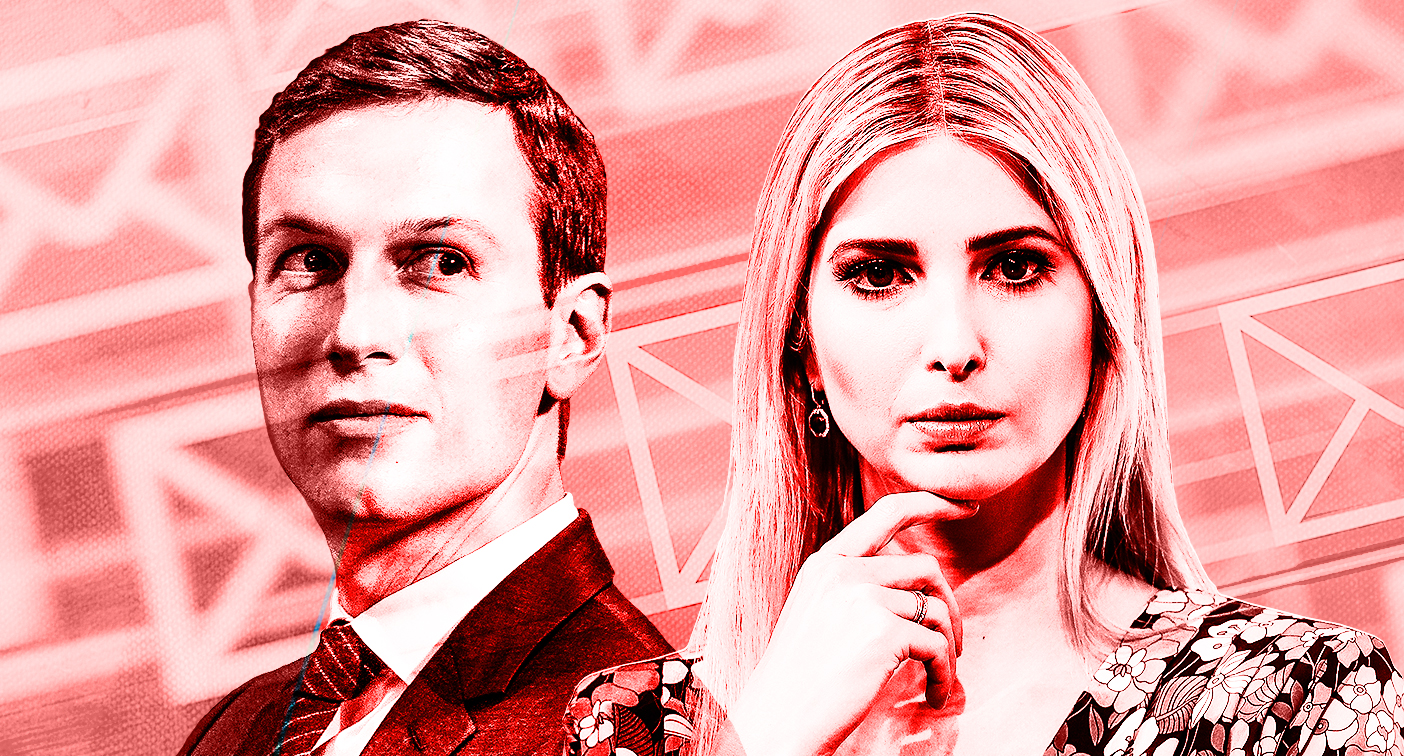 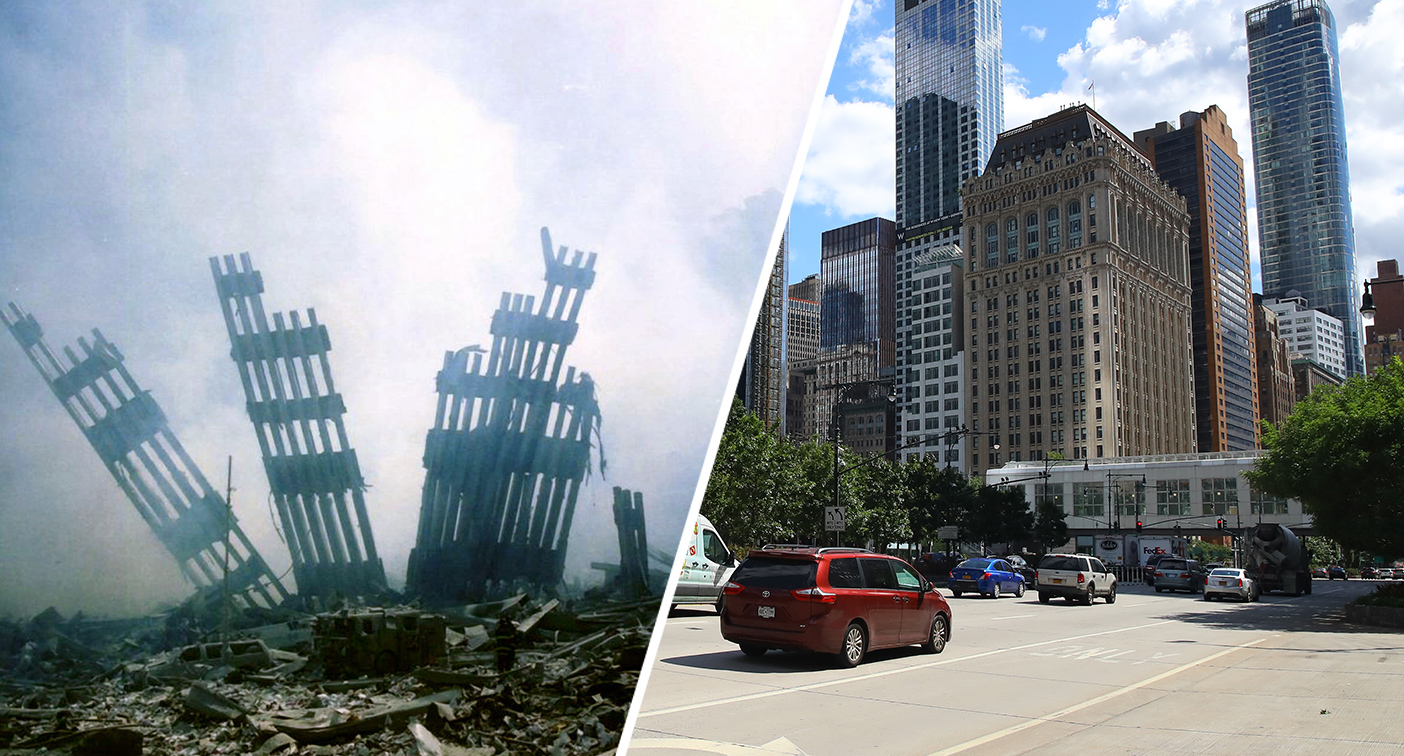 9/11: Then and now - 20 years laterInteractive Photography 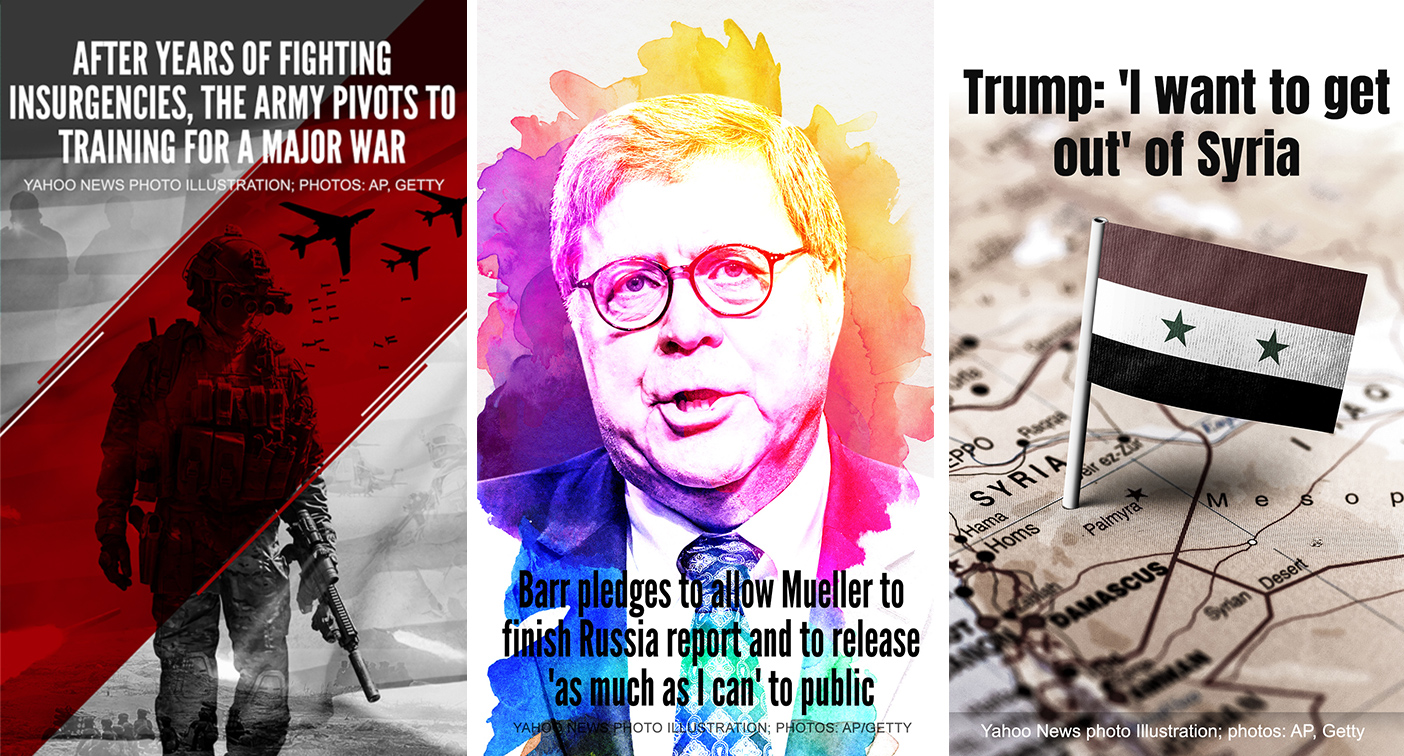 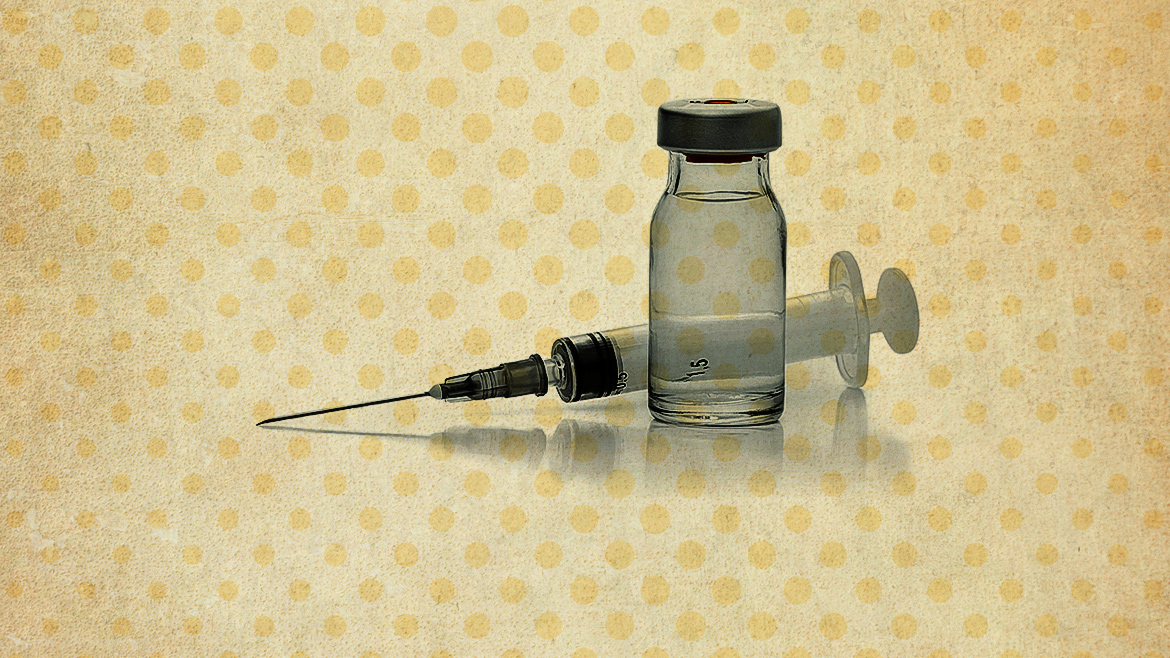 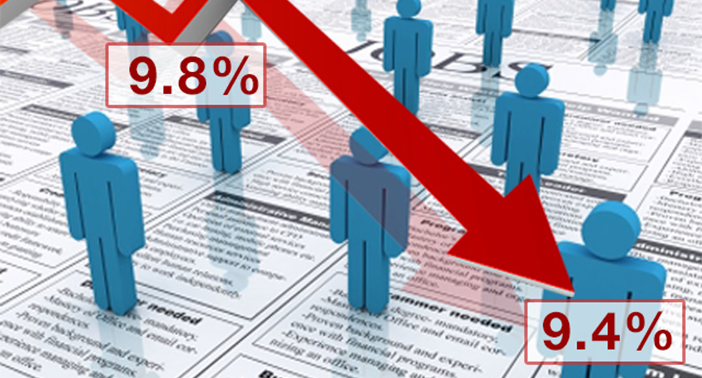 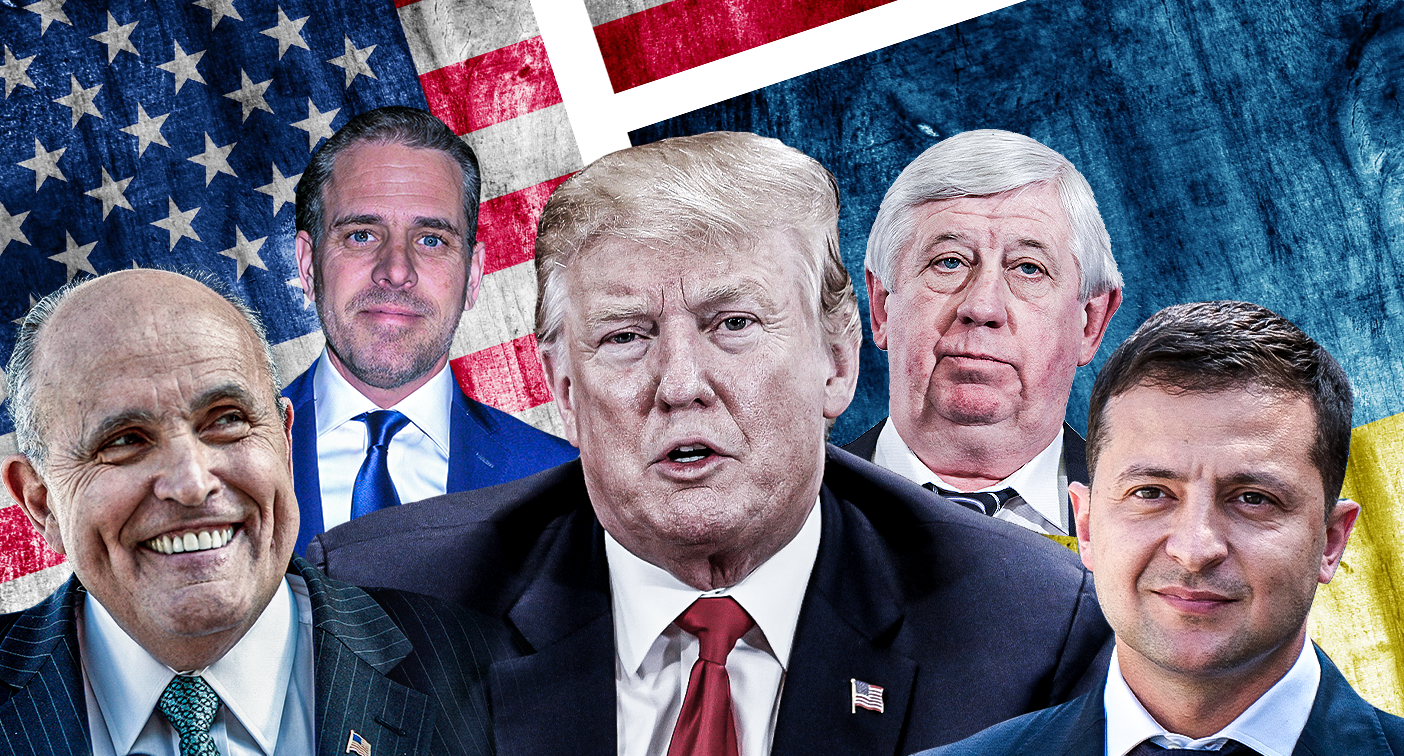